Here are three losses. First one is against the mirror that uses Genesis Wave, the Urza lands, and Emrakul. 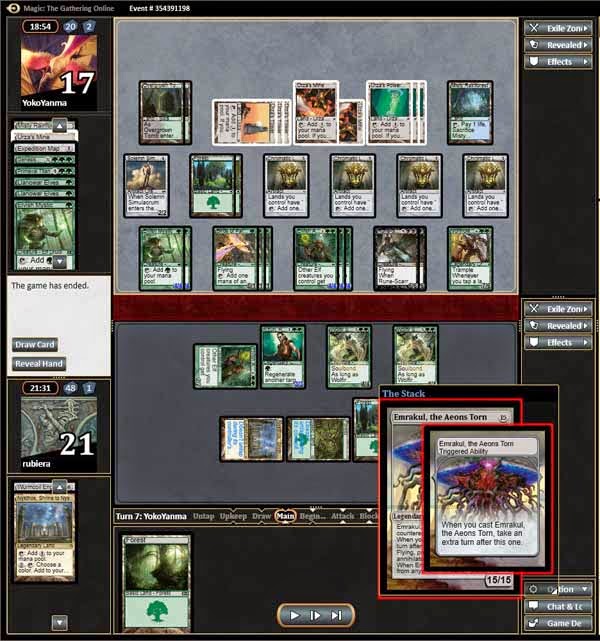 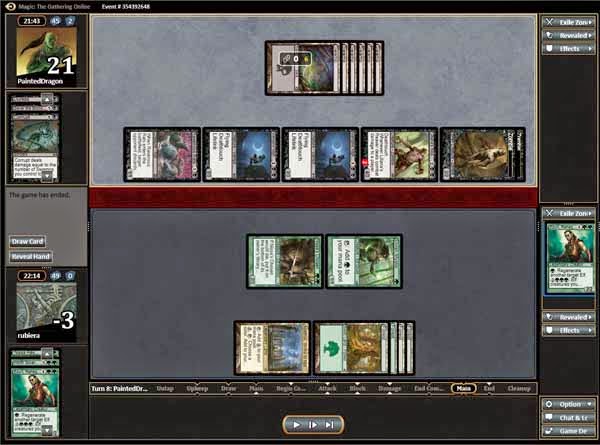 Loss against RDW. I got mana screwed and pulled all my fatties early. 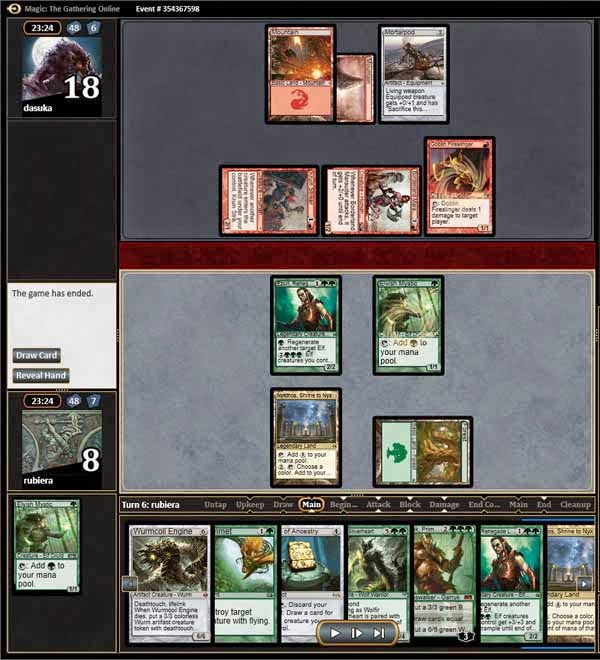 Here are four wins (for this run I lost 5 or so and won maybe 8, but some wins are against the same deck). Here is a rats win I lost against once and won against twice. 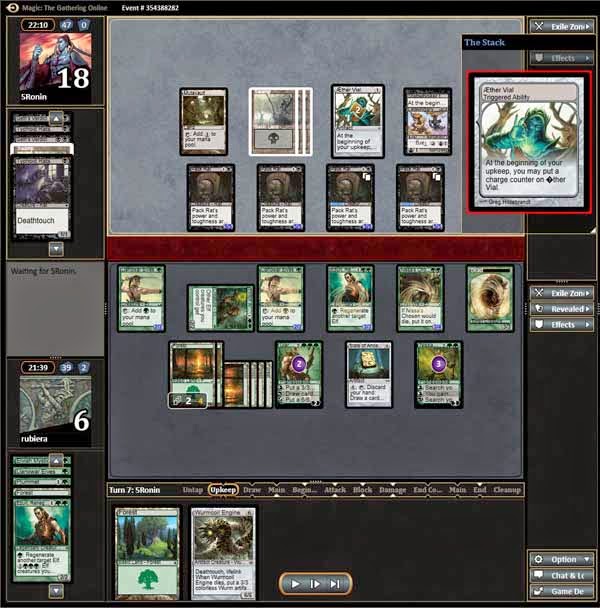 Won against a slow mill deck. 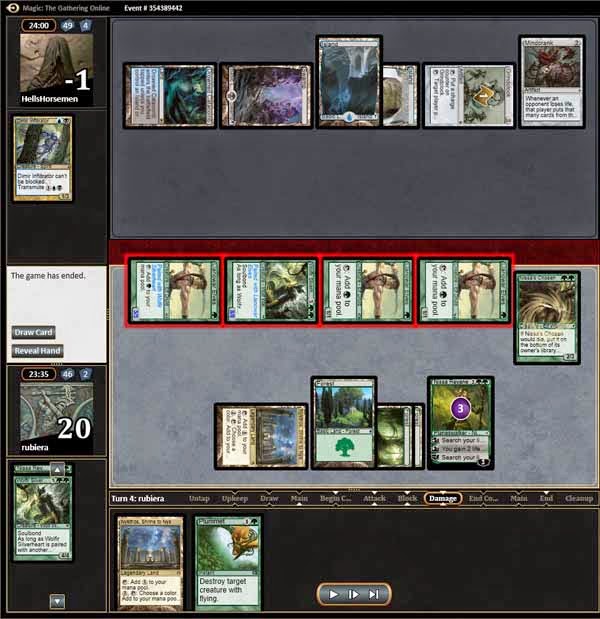 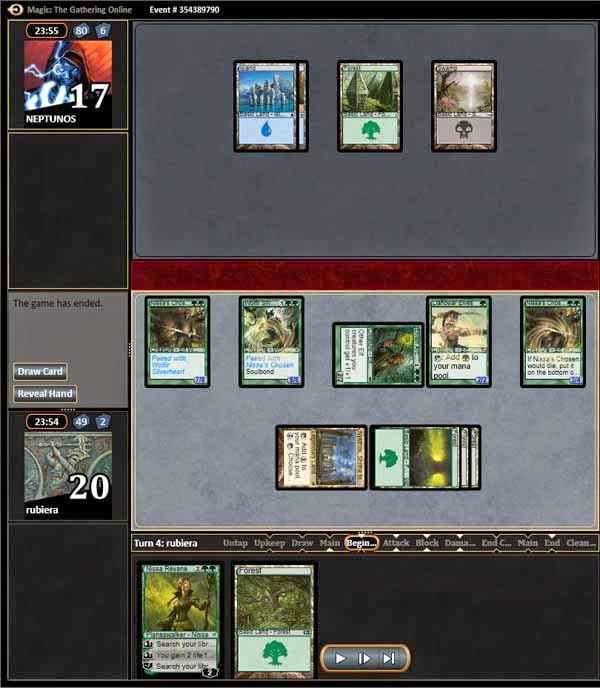 This is the best win because my opponent was playing some tournament-quality cards (Snapcaster Mage, Path to Exile, fetchlands). 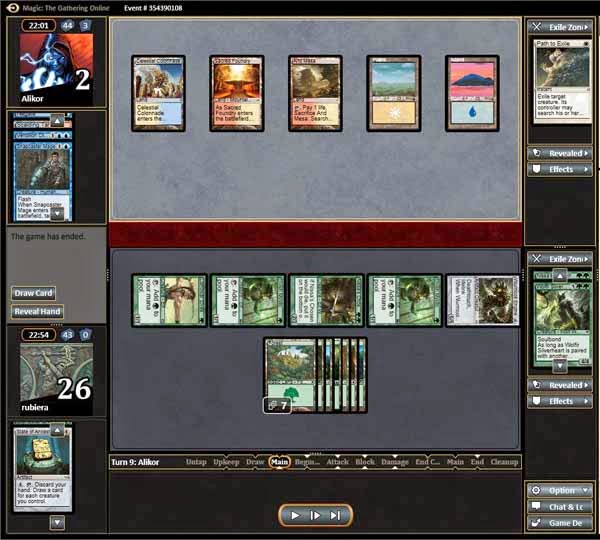 Out of 28 games I won 19 and lost 9. In 2 or 3 of the loses my opponent stalled and I conceded, and in 2 or 3 of my wins the opposite happened. Therefore, a more accurate count is 17 wins and 7 losses. I am playing in Just for Fun, of course, and in no way is this deck a competitive deck. If I went into tournament practice I would most likely lose every game!
Posted by Rubiera