This is no longer a shell, and it works! I would love to add the new fetchlands to it and see it go off turns 4 and 5 every time. 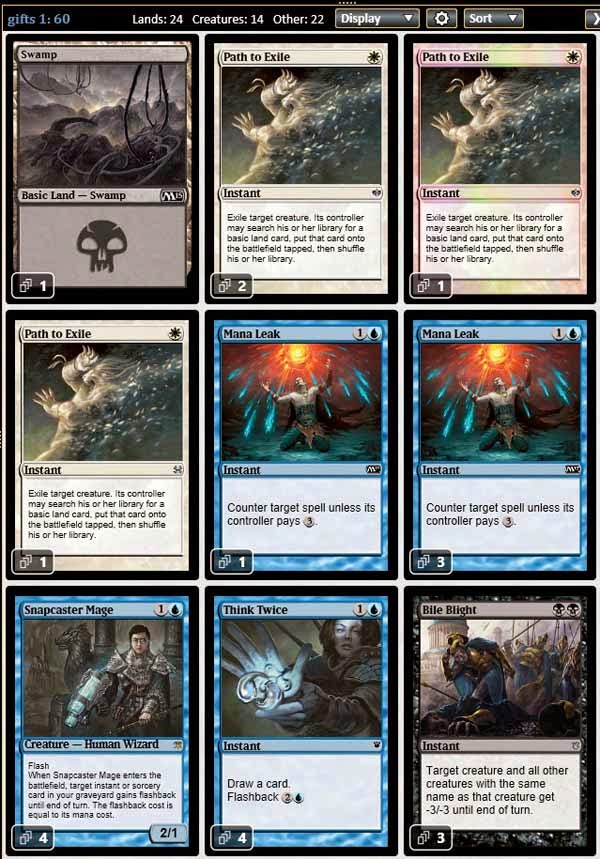 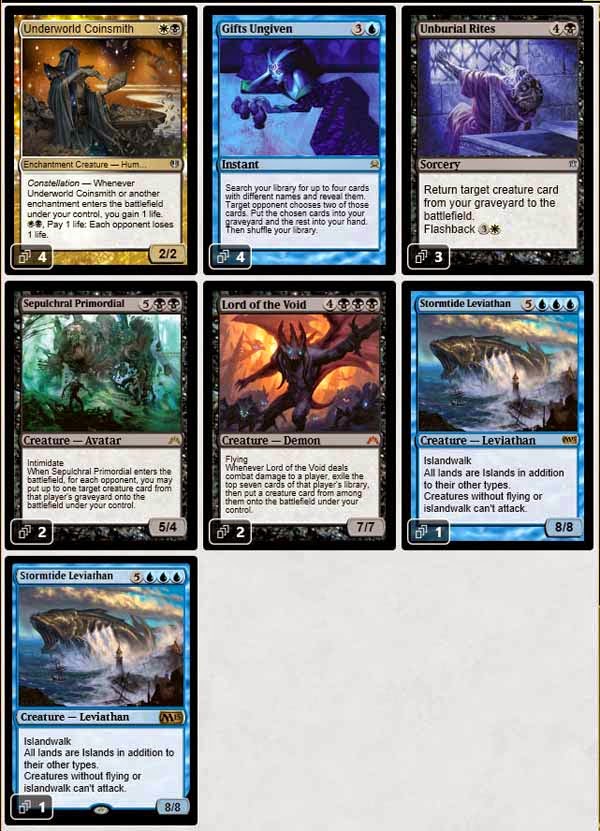 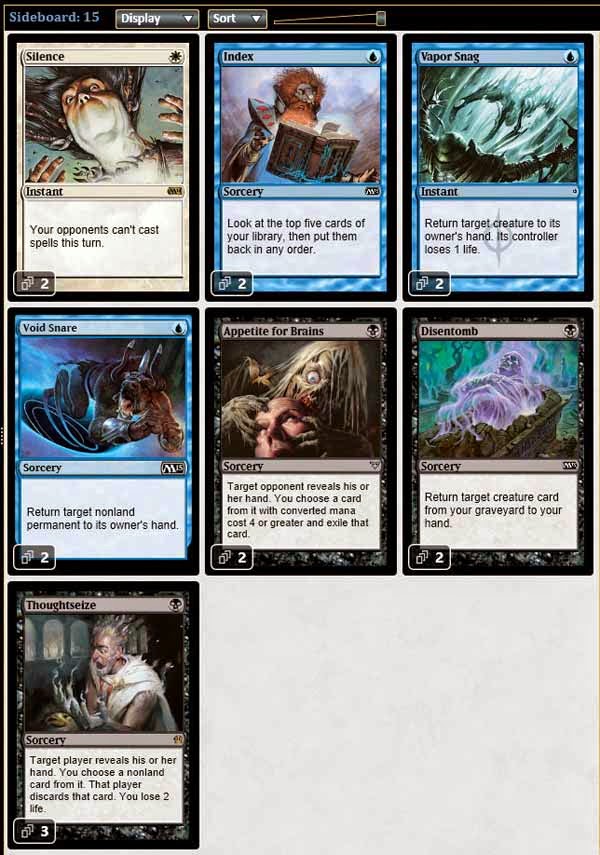 Here is a game in which I show how Gifts Ungiven works. I started with a God hand, and this is very rarely the case. 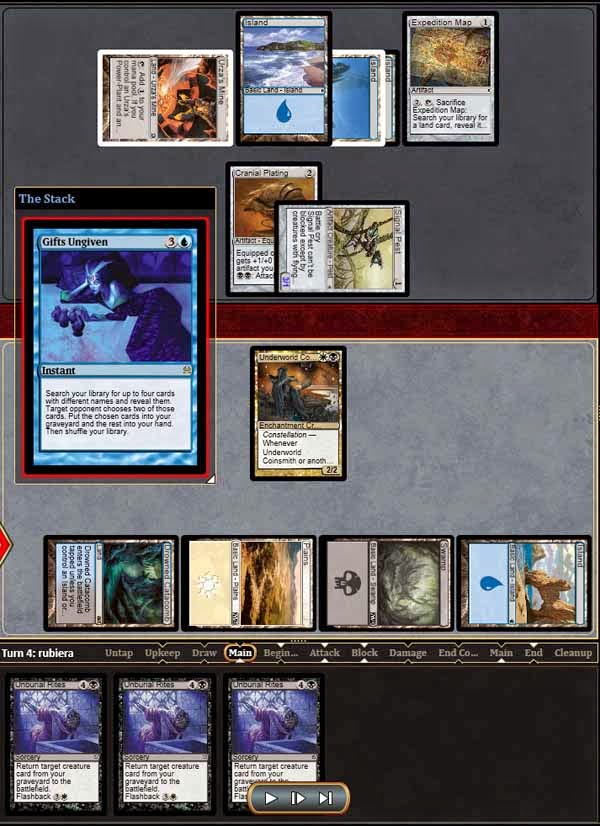 I place two fatties in my graveyard. 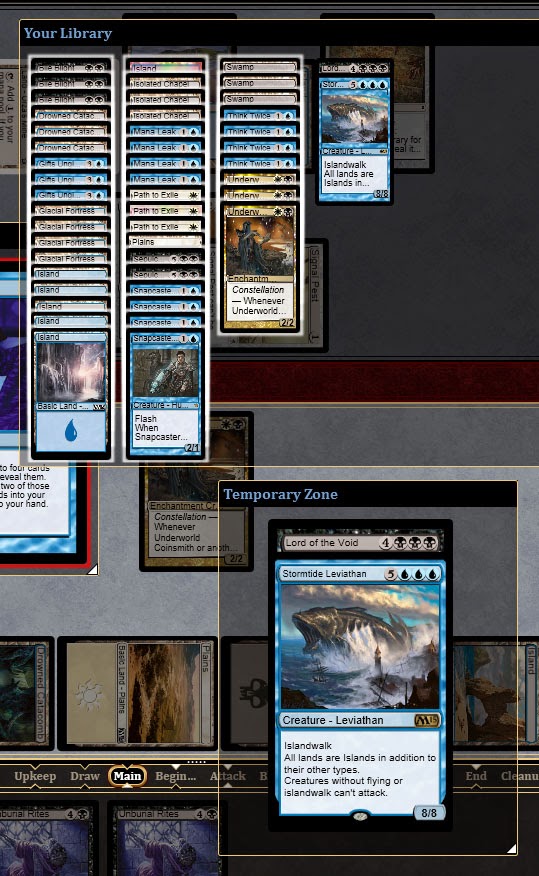 I place one on the battlefield by hard-casting Unburial Rites as a 5-drop. 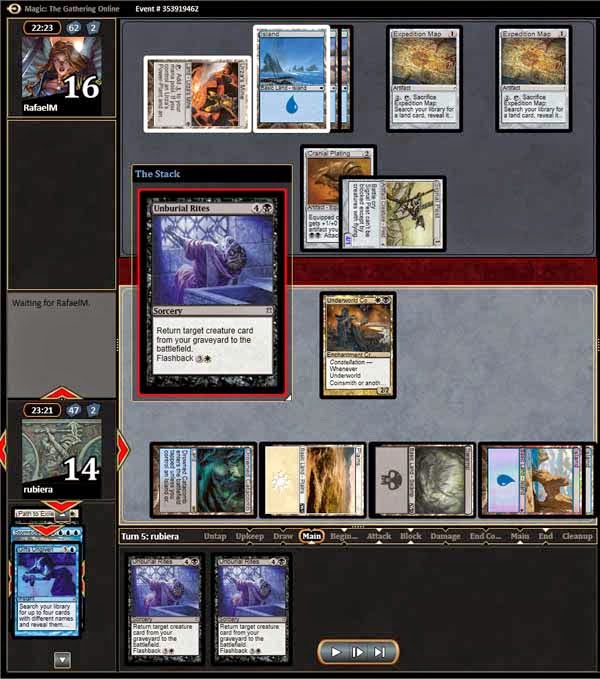 Here is my fattie on the battlefield. 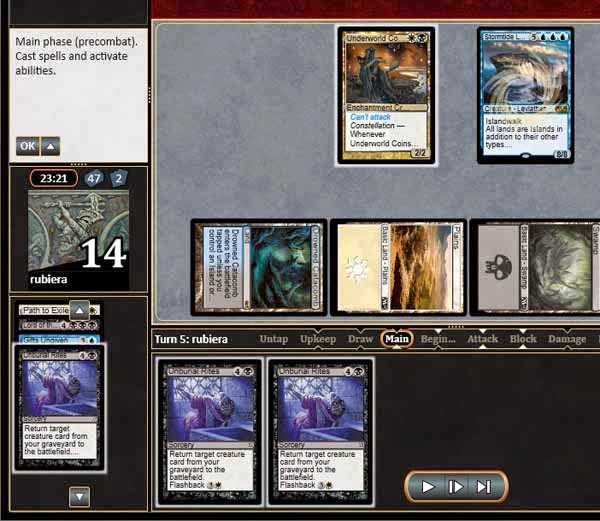 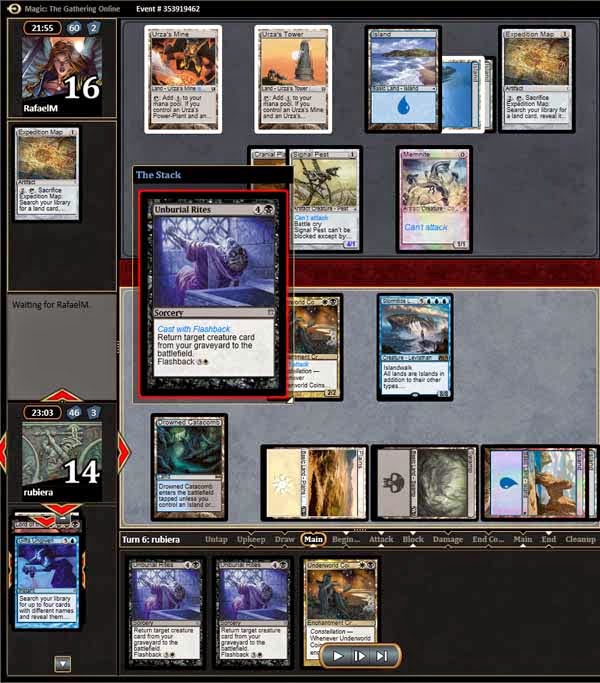 And here is my second fattie on the battlefield. At this point my opponent gave up.

And here is a game against RDW. If I can land the whale, its gg because my opponent cannot attack with creatures. A single Gifts Ungiven is so effective that even Snapcaster Mage becomes a supporting card! 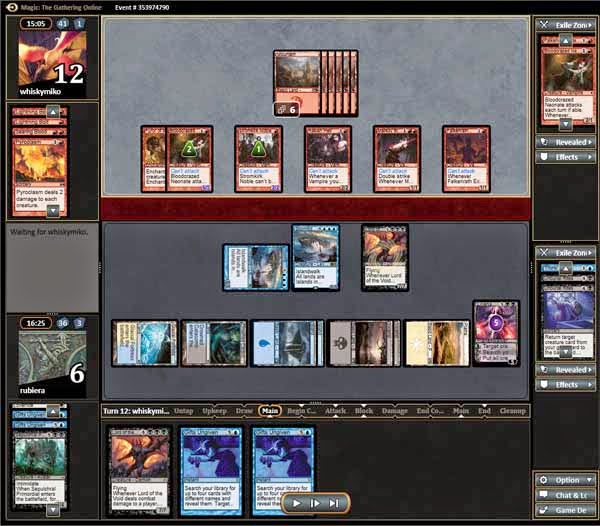 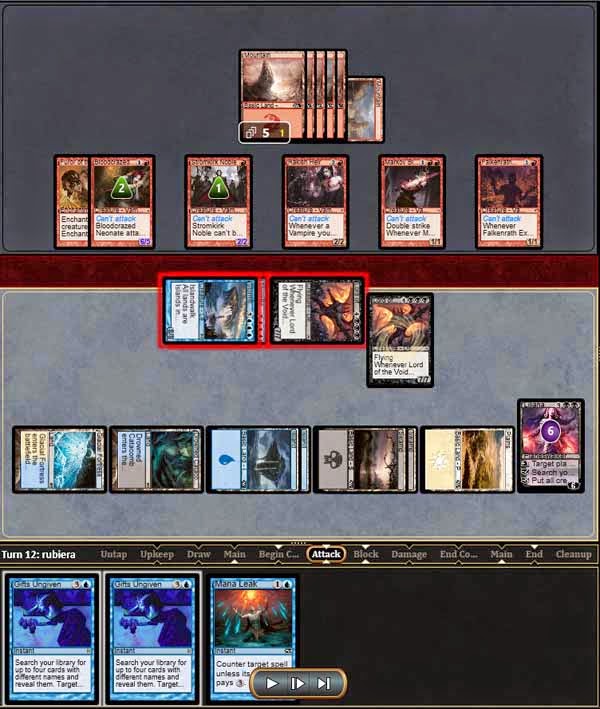