This deck is very weak to land destruction in single games. I have added a sideboard to weed out LD cards, and plan to play matches next. In this post I am showing the deck, a few instructive losses and a few wins. The deck has the main win condition in Maze's End that if I control at least ten gates with different names (one of each, really), I win. I also have a playset of Wurmcoil Engine as a secondary win condition. 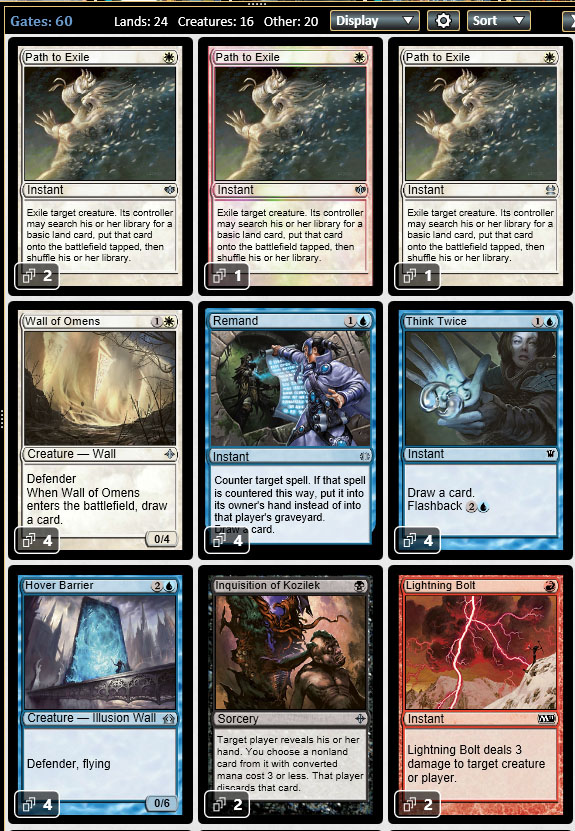 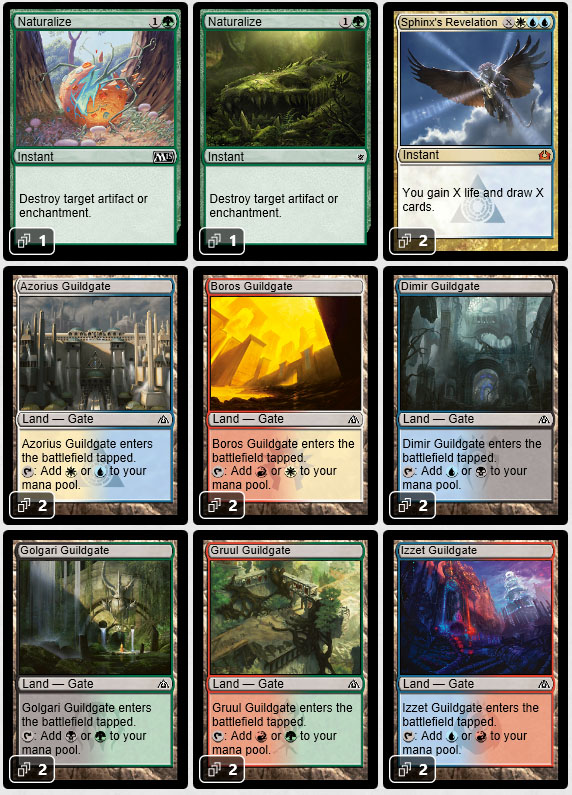 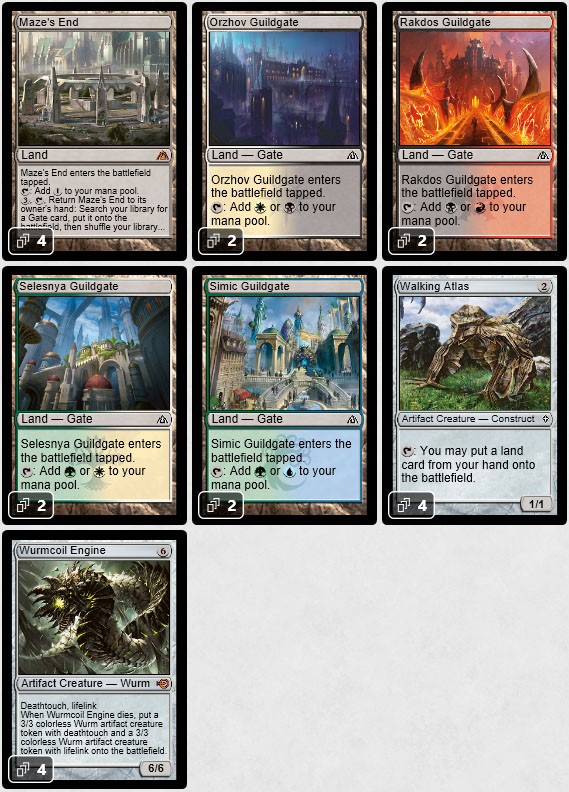 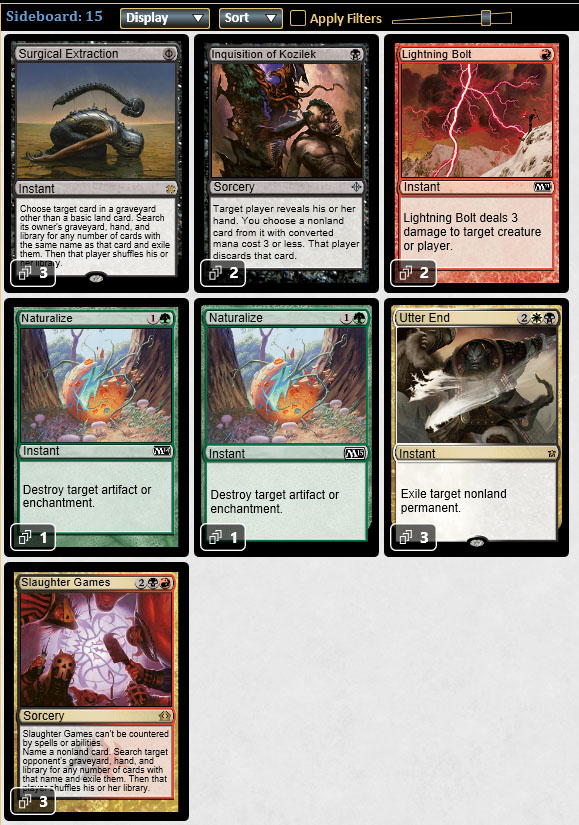 Here is a loss to flyers. I got to five gates. 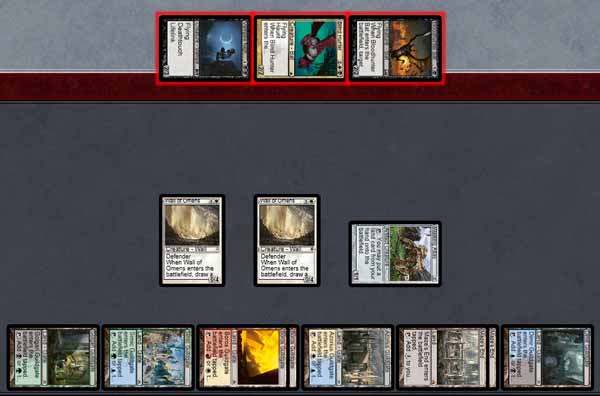 Here I got to nine gates... so close, and my opponent's deck was really good, including Liliana of the Veil, which I think is not a fair card in Just for Fun. 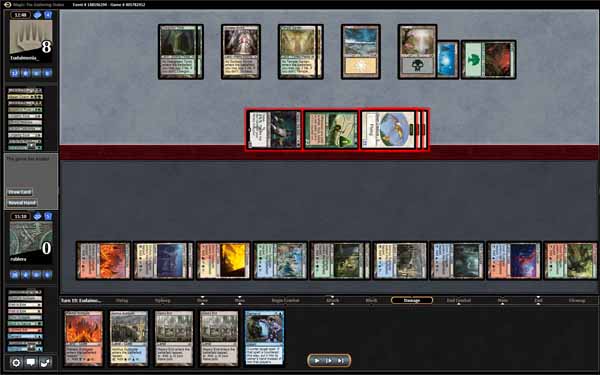 In this earlier version of the deck I had no artifact removal and my opponent kept using Mimic Vat once per turn to return my critter to my hand with Aether Adept. Now I have Naturalize in the deck. 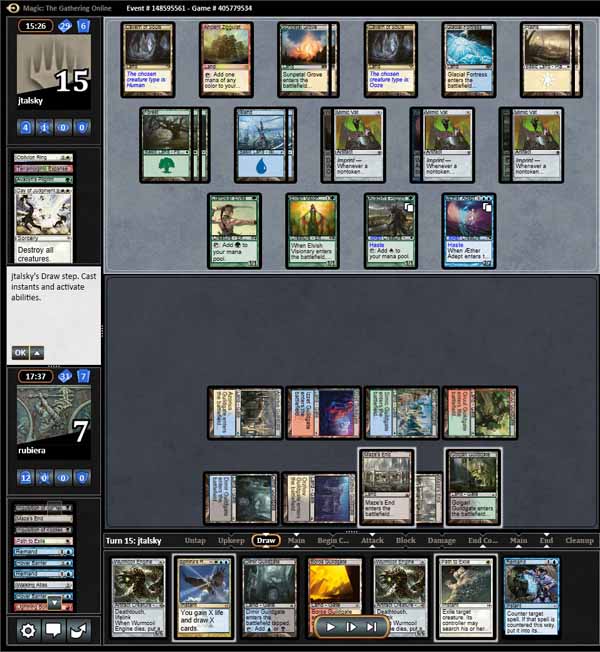 Here is a gate win against a Vampire deck. 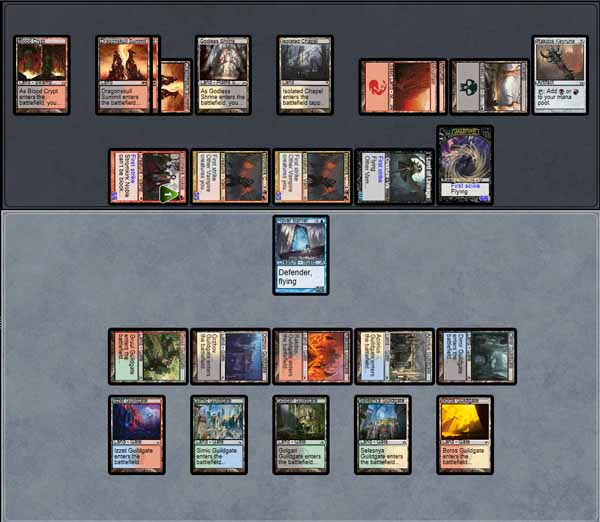 Here is a win against a white enchantment lock down deck. I was at 8 gates and with Walking Atlas I was ready to drop two more gates in the next turn for the win, but my opponent gave up before me doing that. 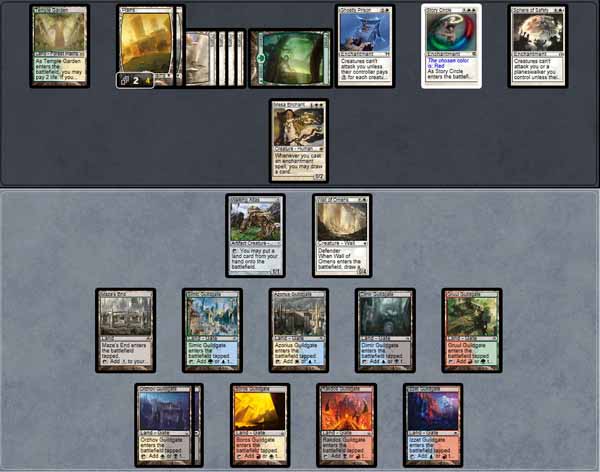 Here is a win from my Wurmcoil Engines. My opponent had no way to remove it, and I kept hitting with it. 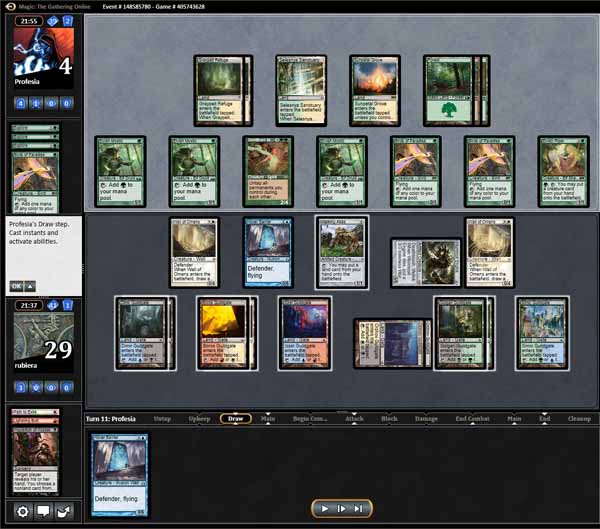