[Standard] White Black ahead of Origins Part 1 of 2

This deck tries to gain as much life as possible to enable Erebos as a draw engine. It works well and I have spent some time optimizing it, but recently a lot of Just for Fun games are against players with previously competitive decks that they now play in Just for Fun, and that sucks for us casuals. Ugin and Kiora are the big culprits, and I show here a loss to each. First, the deck and some wins. 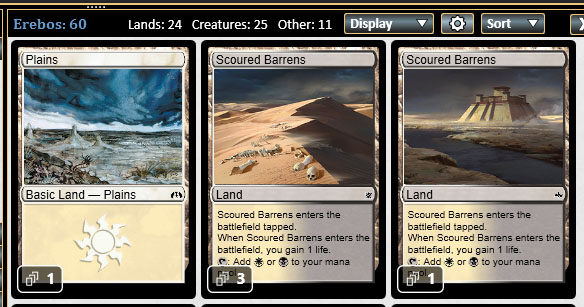 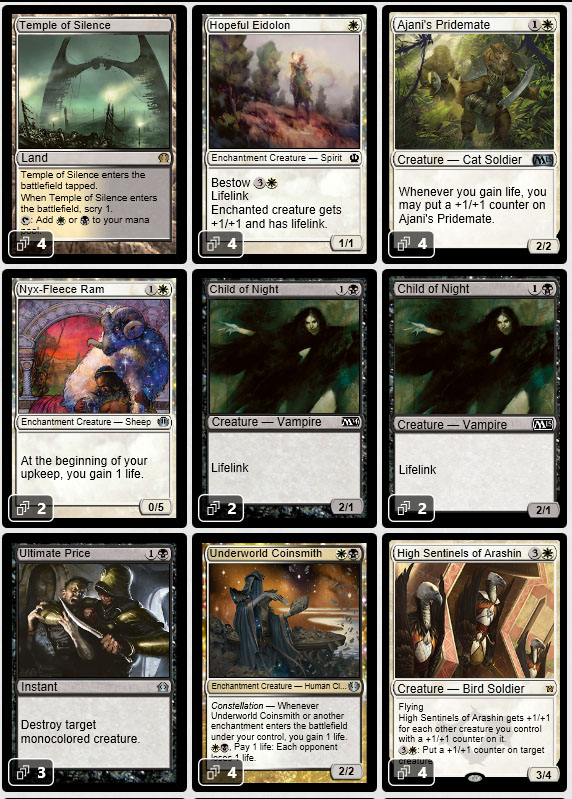 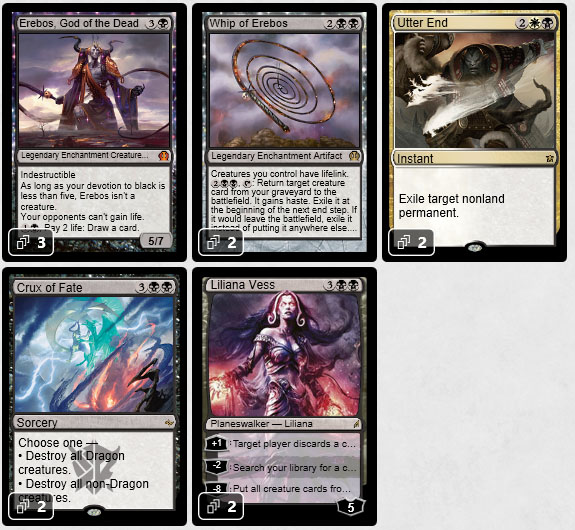 Here I played a mid-range red deck that gained life on casting red spells. Its a breath of fresh to play against a red deck that is not a Red Deck Wins deck. RDW decks are good to tune decks against, but if they are too common, it can get annoying. If you draw the wrong hand against RDW it can be 'Not Just for Fun.' 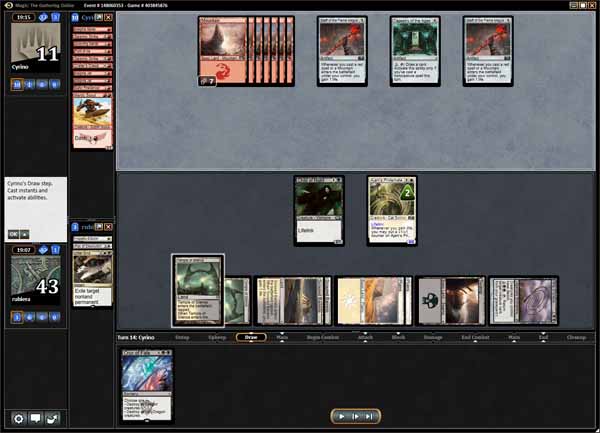 With my flyer and Whip of Erebos I gained a lot of life. 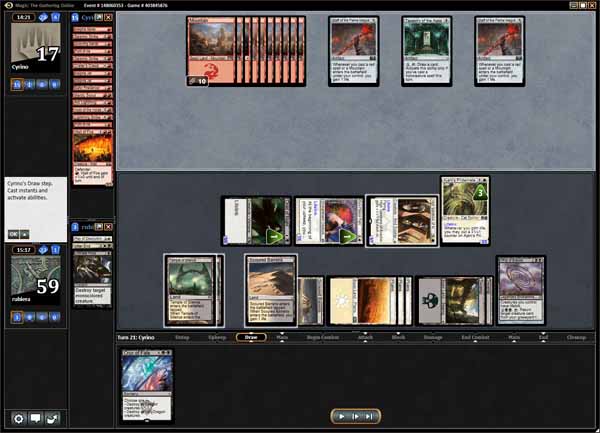 My opponent played Mob Rule, a very interesting and fun card. But even after hitting me with my critters I still had so much life that I could win. 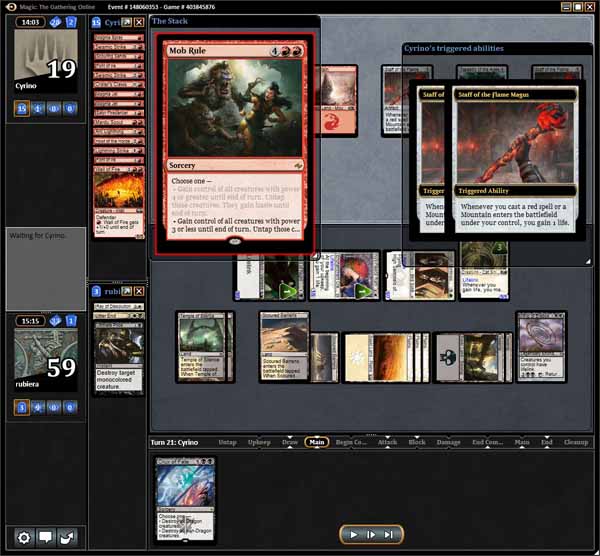 This white/black deck tried to slow me down with Stab Wound but as before, my life gain during the game helped and I had a flyer that could not be blocked was not destroyed. 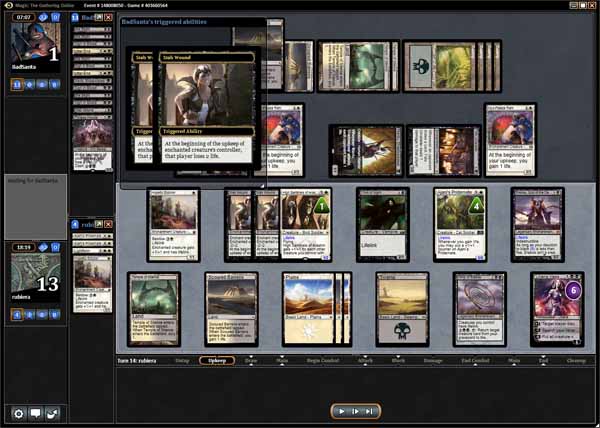 Link to some annoying losses
Posted by Rubiera