My favorites are Jace and Liliana. 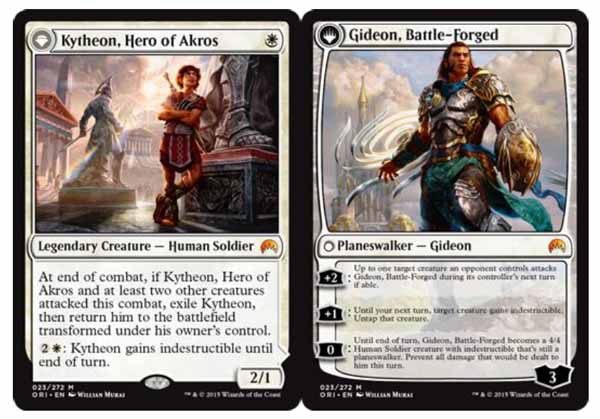 I see Guideon as a little difficult to flip unless you are willing to chump block and lose those critters. It will be a good idea to drop Kytheon with enough mana to make it indestructible, yet in a format full of Theros indestructible hate, even indestructible is not that great. The +2 is classic Guideon, forcing a critter to attack it. The +1 is good too, giving a critter indestructible and placing Guideon at 5 loyalty. There is no ultimate, but there is no negative ability either. This is good. The 0 ability is similar to Sarkhan's and can help with combat in a white wheenie deck. 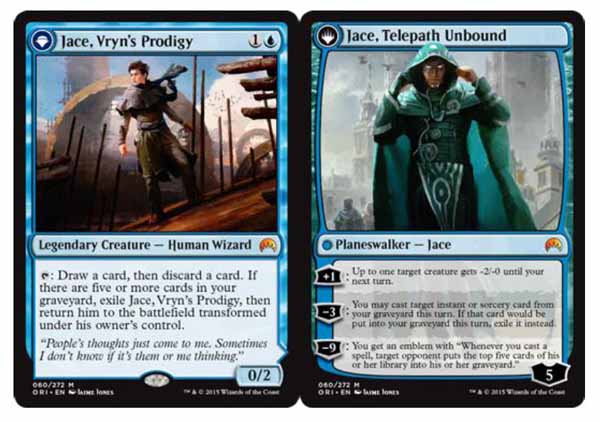 Now, here is a planeswalker I really want to play in Standard and Modern. A two-drop Jace prodigy needs protection. Its played as a critter, and needs a good counterspell at two. That means a four mana investment to securely cast him. Without an untapper, you have to wait until next turn to flip him. Five cards in the graveyard can come from early conuterspells and Taigam's Scheming. The +1 is similar to RTR Jace and puts him at 6 loyalty immeditely; the -3 turns Jace into a Snapcaster Mage, which is very good indeed; and the ultimate is good for milling but not a definite game-ender. I want to combine this Jace with my favorite aweful planeswalker, Tibalt. 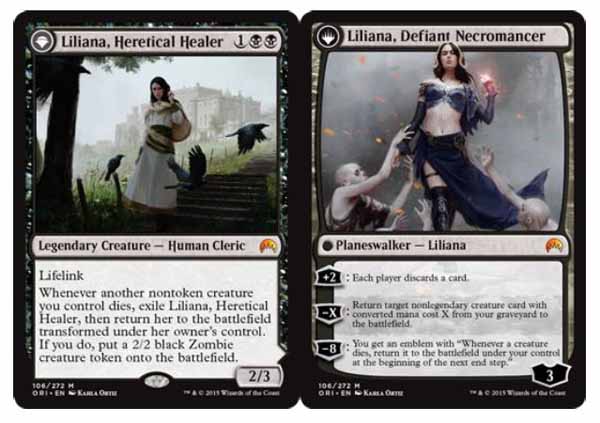 This is the other planeswalker I want to play in Standard and Modern. There are ways to sacrifice critters in black that cost two or three mana and it happens at the same time as Liliana is placed on the battlefield. The +2 is classic Liliana and puts her at 5 loyalty immediately. The -X is great for reanimating an efficient critter. You are paying the full cost, and that means you have to be very efficient in what you animate. The ultimate is really good because it can be ANY creature, not just yours. That means you board wipe and get a bunch of your opponent's critters next turn. In multiplayer this ultimate could be really amazing. This is by far the best ultimate of this bunch and up there with Tamiyo's ultimate. 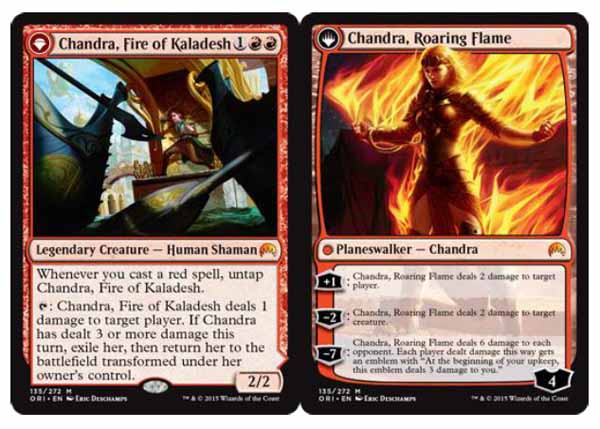 I am not planning to play this planeswalker except after it cycles out of Standard, yet it is really easy to flip. Play Chandra Kaladesh, next turn hit for 3 with a two drop in Standard, or Lightning Bolt in Modern, and you flip it. The +1 is OK, and places Chandra at 6 loyalty; the -2 is good to snipe at small critters; and the ultimate is similar to the Tibalt ultimate... good against most decks, but kind of useless against decks that gain life. 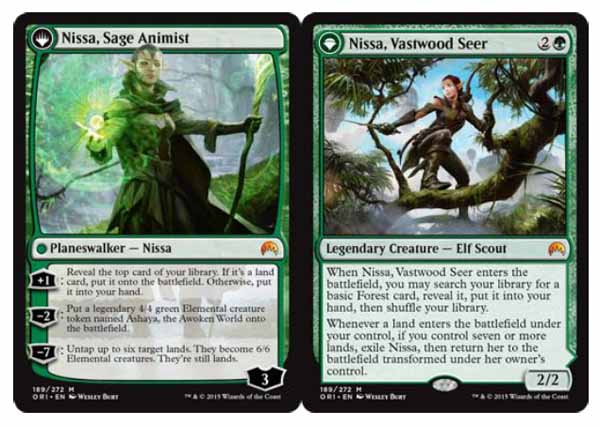 I am not planning to play this planeswalker except after it cycles out of Standard, and it is a mid to late game flip at SEVEN lands required. In Standard you would have to use up every extra land spell available in the game and that can only happen at the earliest mid game; and in Modern, you can do it one or two turns earlier, but also in what is normally mid-game for modern, which is turn 3 or turn 4. This Nissa reminds me of the M15 Nissa: good in Standard as soon as it comes out, and then not played much as soon as the next set comes out. Battle for Zendikar will either give us cards to play a bunch of lands early, or will make this Nissa irrelevant. The +1 puts her at 4 loyalty, and that's a little on the weak side. You play Nissa turn two and get lucky with the +1 and you are in business. The -2 is not so great because the token is legendary, but with Nissa starting off at low loyalty it makes sense: do a couple of +1's, then one -2, and if the token survives, you continue with +1's. The ultimate is pretty good, similar to Garruk Primal Hunter or Tezzeret the Seeker. I am writing too much about a planeswalker I am at first glance deciding I don't want to play for the next year or so... maybe I will change my mind.
Posted by Rubiera