Origins Set Review: Other Rares and Mythics (Green and Artifacts) 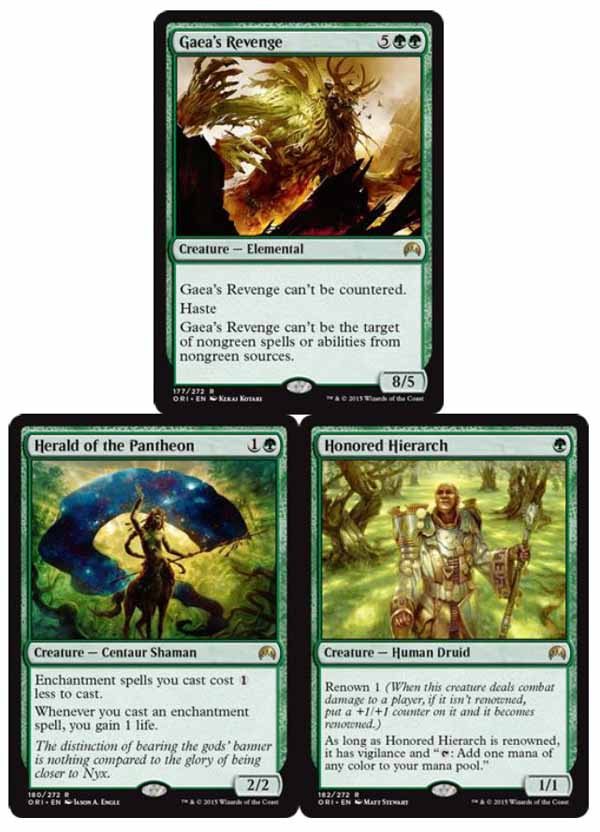 Gaea's Revenge: I like getting more 'can't be countered' cards. We need these in Legacy to ramp down the power of blue. This card is not for that, though. Its a good fattie, it just doesn't have a 'grow really big' effect. It counts as a Limited bomb.

Herald of the Pantheon: as a 2 drop, this is a great card. I see it being useful in Standard and Modern. I read someone's comment on this card and I agree that this card would have been really great in Theros, an enchantment block with no meaningful enchantment support.

Honored Hierarch: I am missing something with this card. At common with Llanowar Elves you get the mana effect for free? Well, its mana of any color, and that is great. On the positive side, if you cast it quickly enough you could have a 1 drop 2/2, but it doesn't get any bigger. 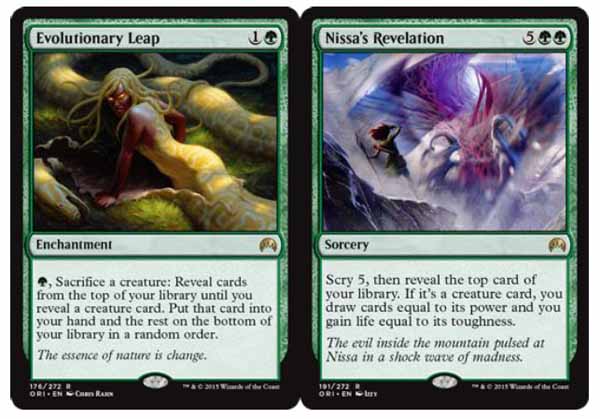 Evolutionary Leap: this is a great build-around card, especially in black/green with lots of graveyard effects. It is a 2 drop, and that is great. Someone needs to break this card in Modern. 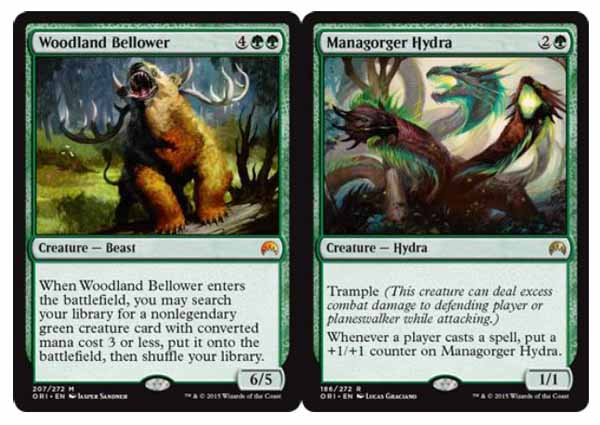 Woodland Bellower: much better than generating a 3/3 token when it enters the battlefield. It reads Mythic because you can tutor ANY green non-legendary that is a three drop or less.

Managorger Hydra: make sure you cast a lot of spells and you can boost this creature a lot. I would cast if after casting a Hardened Scales. 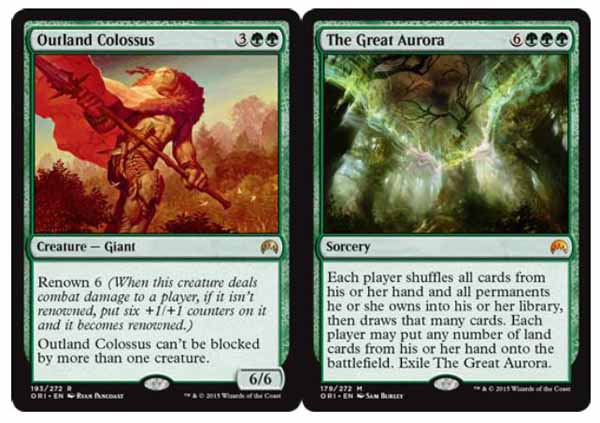 Outland Colossus: after this creature is able to deal combat damage to a player, your opponent has a serious problem. That threat alone could make your opponent lose critters to chump blocking to avoid the Renown 6 trigger.

The Great Aurora: notice that the graveyard is not mentioned. A great mythic game ending effect that can go awfully wrong on you. If your opponent has a board full of tokens, you are set; otherwise, its risky. You need to have 50 percent to twice as many permanents on the battlefield as your opponent when you cast this to make sure you don't draw crap to your opponents' great draws. Another Commander all star, seems to me. I would try it in Modern with blue for stalls and black for graveyard good stuff. 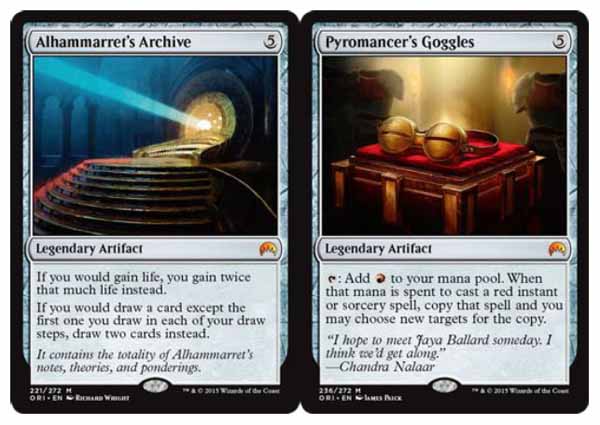 Alhammarret's Archive: awesome effects, definitely mythic. Its a late drop, Commander and maybe Standard constructed. Gaining double life is fine, drawing double is simply fantastic but you need a card to trigger it since the extra card draw is not from your normal once per turn draw.

Pyromancer's Goggles: it would be a great Storm effect if it wasn't a 5 drop. As it is, it is well inline with the concept of having red do more than beat face in five turns or less. This card deserves a build around deck challenge. 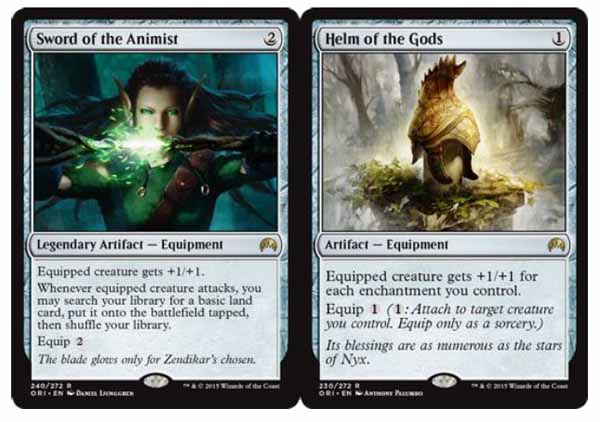 Sword of the Animist: great tutor effect, a must-play IMHO. It could even help to flip Nissa.

Helm of the Gods: a great equipment. Someone needs to break this card in Standard with Theros cards, and in Modern. Why was this card not in Theros block, the enchantment block without meaningful enchantment support, beats me. 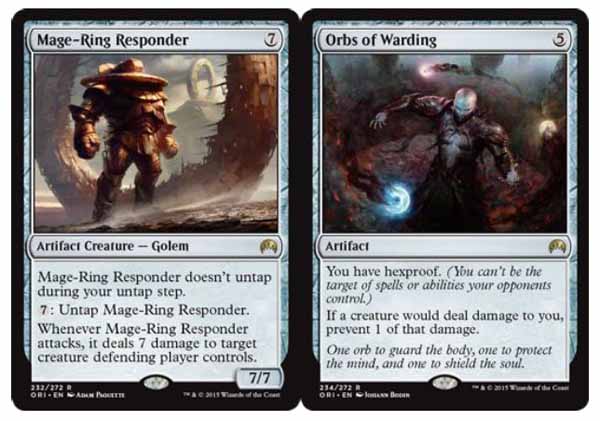 Mage-Ring Responder: good beater effect, but you need to spend a lot of mana to trigger it. It reads like a junk rare in constructed and it could have a home in a Commander build.

Orbs of Warding: late effect as a 5 drop and useful only against some colors. Does Commander have a sideboard? If not, junk rare I say.
Posted by Rubiera