Blue half deck from the 2013 Deck Builder's Toolkit

I pulled some nice Blue cards out of the toolkit, especially one Invisible Stalker, which has Hexproof, and a Misthollow Griffin, a Mythic Rare that can be played after it is exiled. 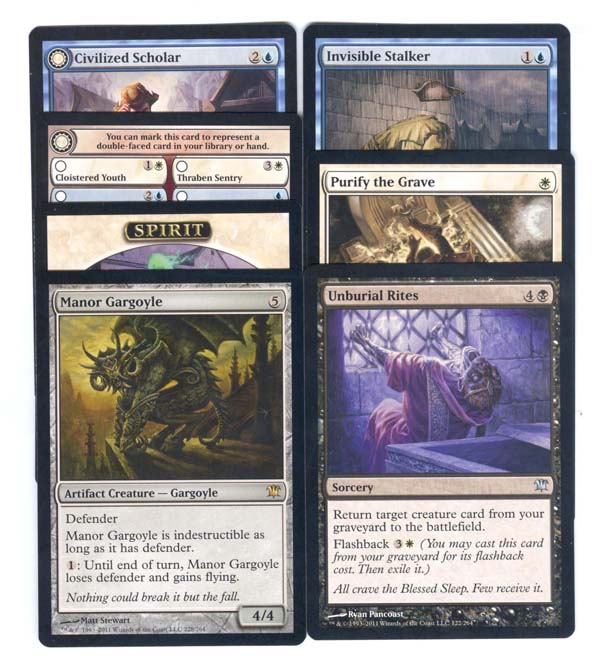 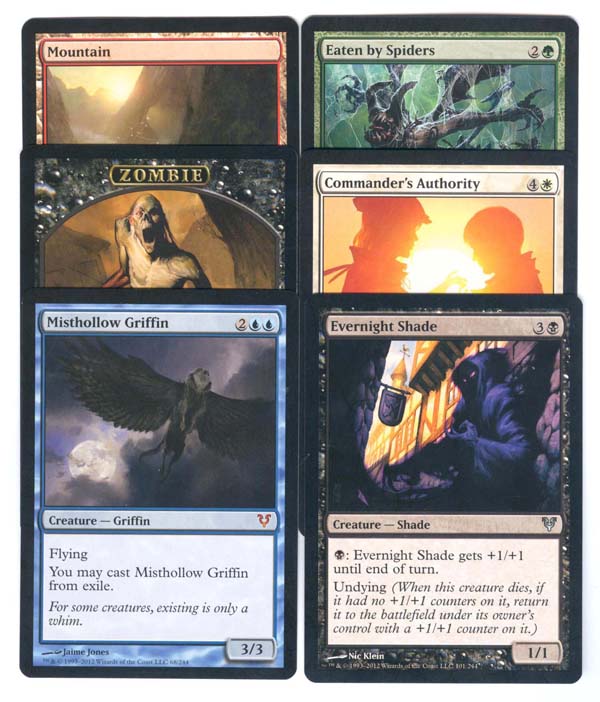 Of the uncommon creatures not from the packs I will pick two: 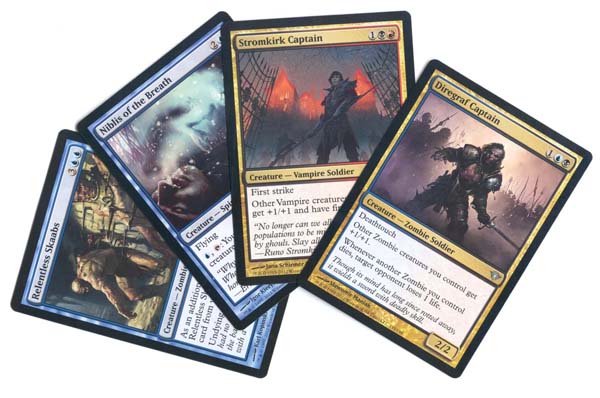 Eight more creatures to go (I picked seven good ones): 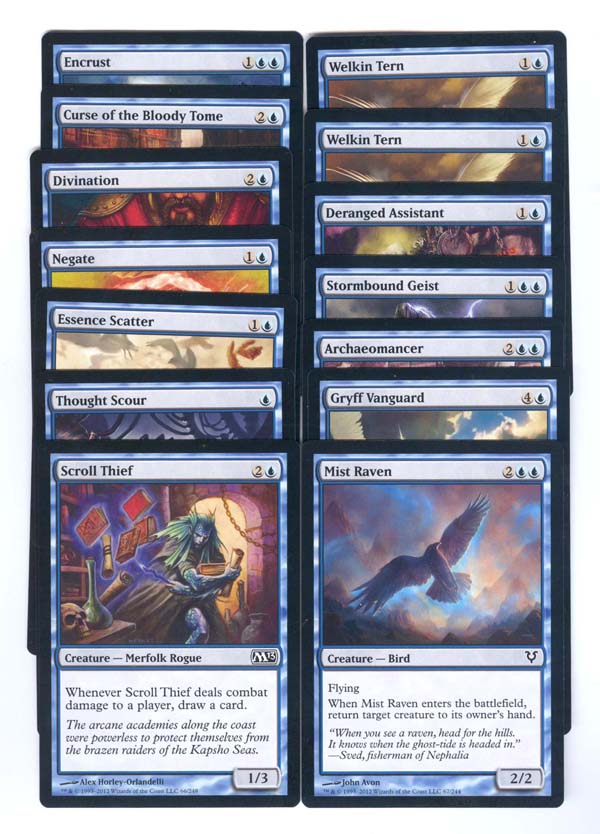 Two of Deranged Assistant-ISD-C (one from the booster pack): Add 1 to mana pool.
Two of Stormbound Geist-DKA-C (one from the booster pack): Undying.
Scroll Thief-M13-C: Whenever Scroll Thief deals combat to a player, draw a card.
Archaeomancer-M13-C: When Archaeomancer enters the battlefield, return target instant or sorcery card from your graveyard to your hand.
Mist Raven-AVR-C: When Mist Raven enters the battlefield, return target creature to its owner's hand. 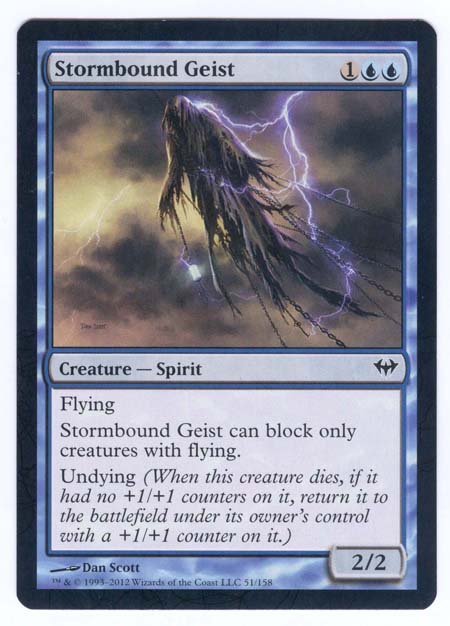 Now for the Sorceries, Instants and Enchantments (six goods ones, to get to twelve I would have to add some less useful cards from the packs):