I just played two incredibly awesome matches against PurpleHerb online-lost both 1-2. The opposing deck is a top deck denier with the best of the best cards in ISD constructed, especially AVR's Bonfire of the Damned, Temporal Mastery, Feeling the Dread, Tamiyo, and Vanishing Tide. 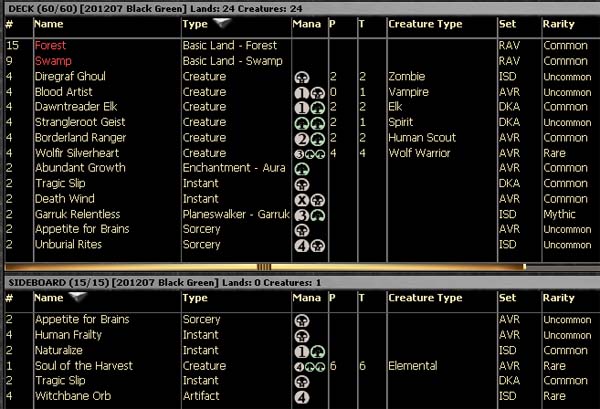 Here is my opening hand for one of the games I lost.

Terminus puts my battlefield cards at the bottom of my library. 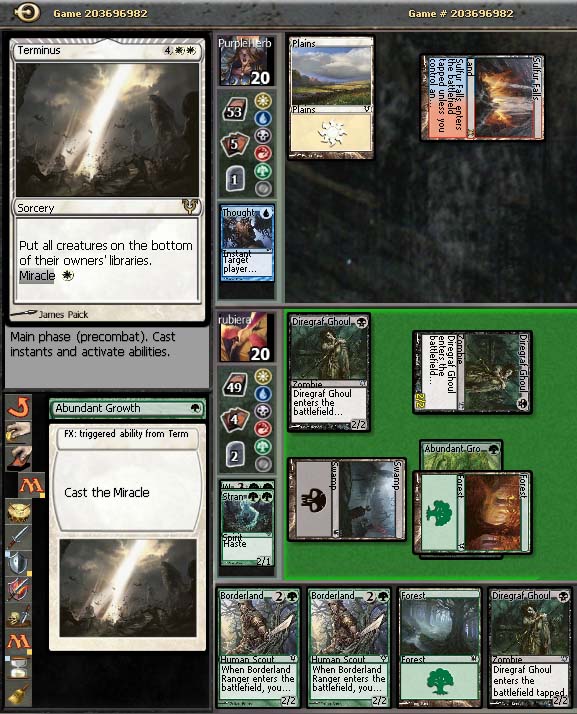 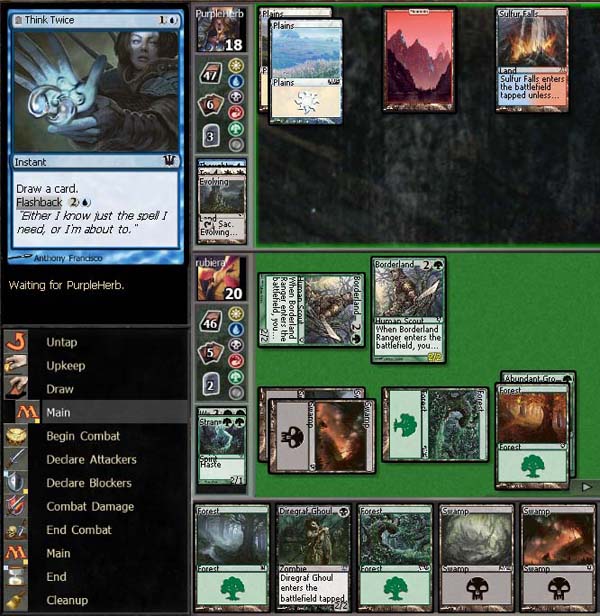 Every time I have a few creatures ready to attack Bonfire of the Damned kills them and hits me with life loss. 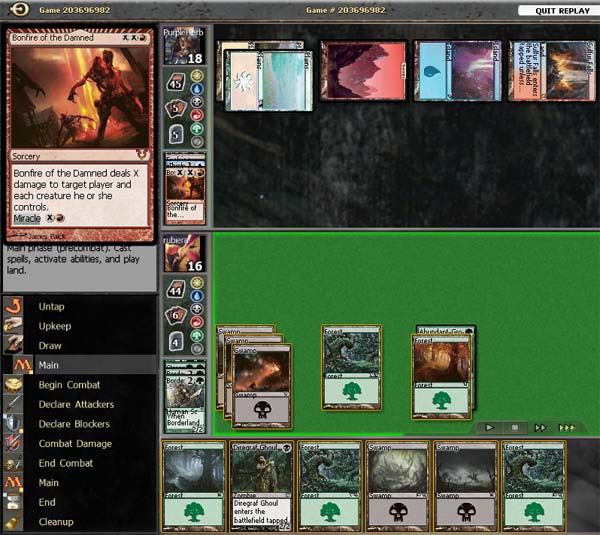 ...and then my opponent can skip turns with Temporal Mastery. 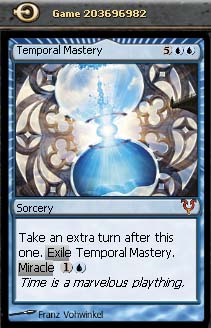 ... and then Snapmaster Cage can turn every card in my opponent's graveyard into a card with Flashback. 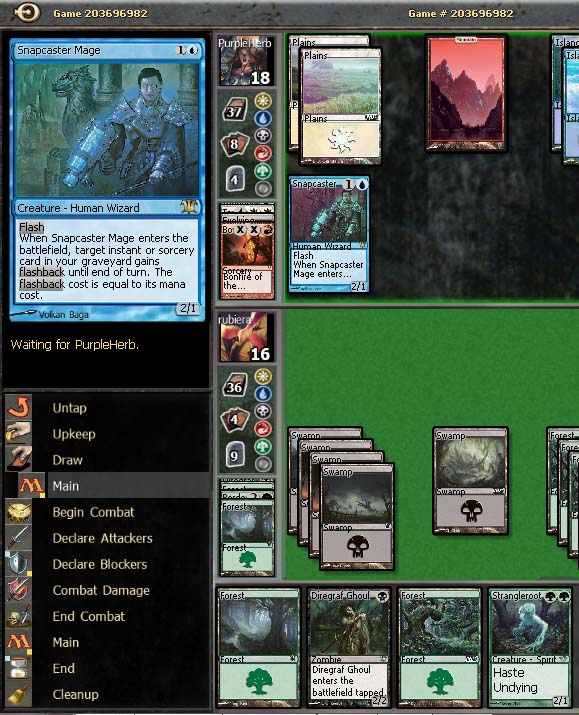 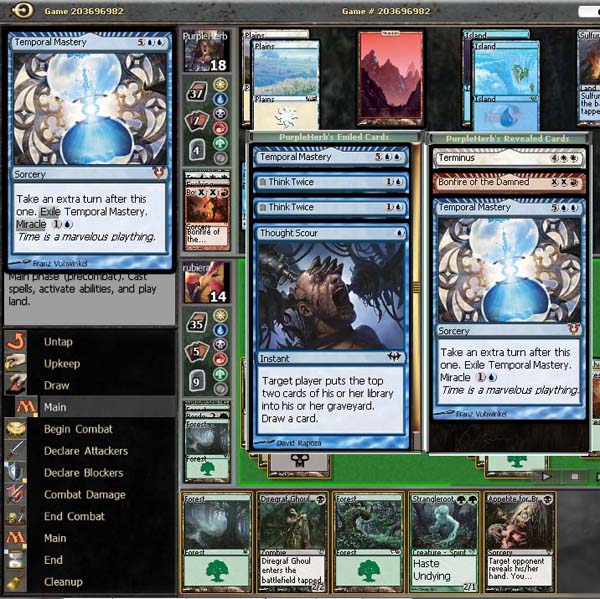 Here comes Tamiyo to tap my creatures into useless globs. 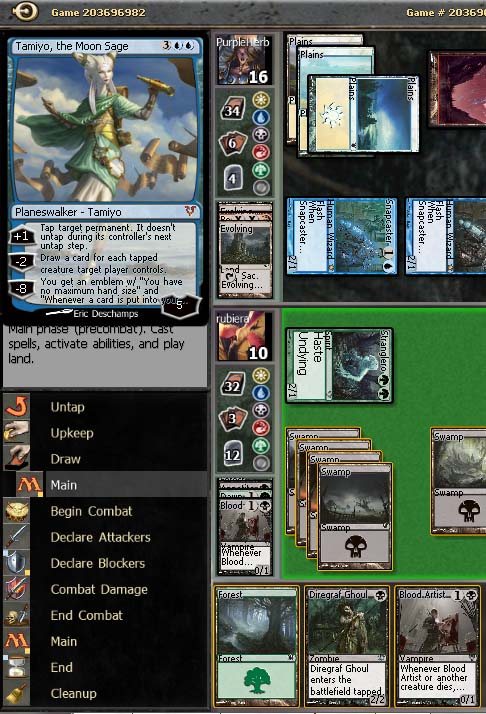 ... and I try another attacking lineup. 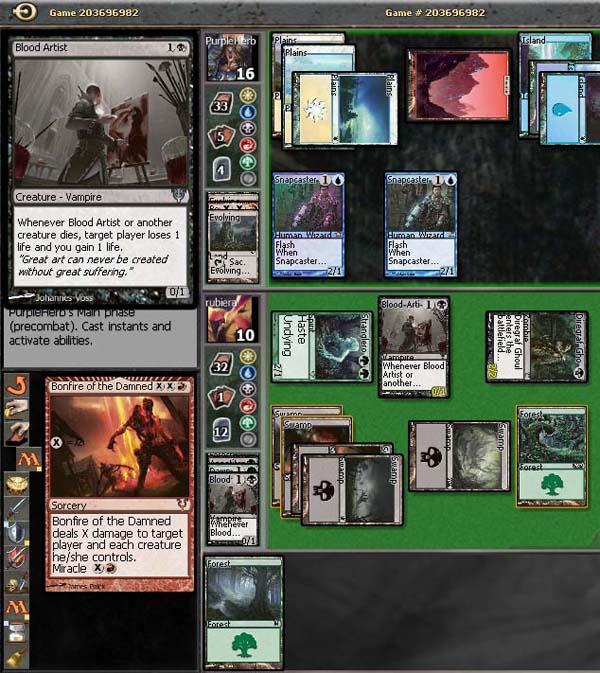 I Soulbond a Wolfir Silverheart but it gets tapped by Tamiyo. 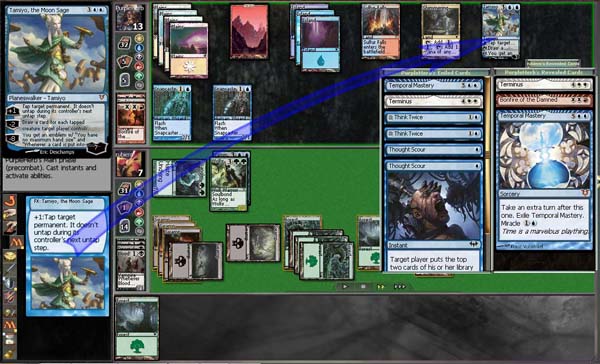 And then the two Snapcaster Mages swoop in for the kill. 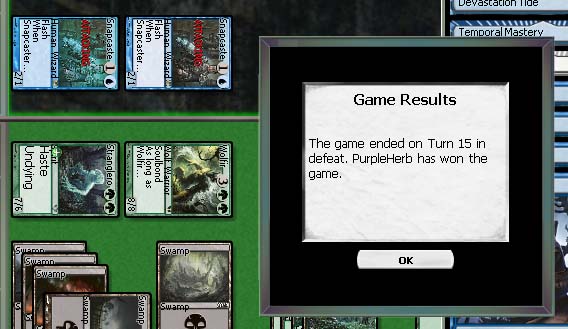 Here is the end of game turn transcript. 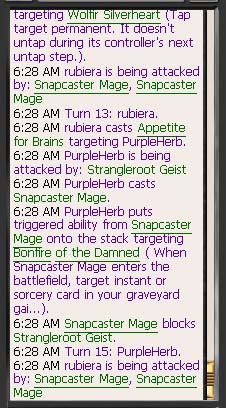 Here is one of the games I won. This one was by far the longest of all six games. This is the awesomest (English, why is this not a word? Please!) Magic online game I have played to date. The big winner in this game to get my opponent into the low single digits was Strangleroot Geist, which deals two damage with Haste and is Undying. After one kill it comes back from the graveyard for one more time dealing three damage. 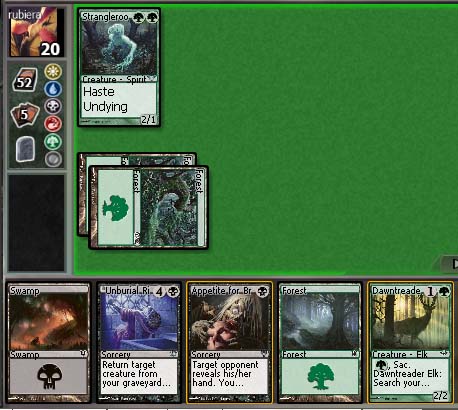 I was very lucky early in this game and was able to exile Tamiyo with Appetite for Brains. 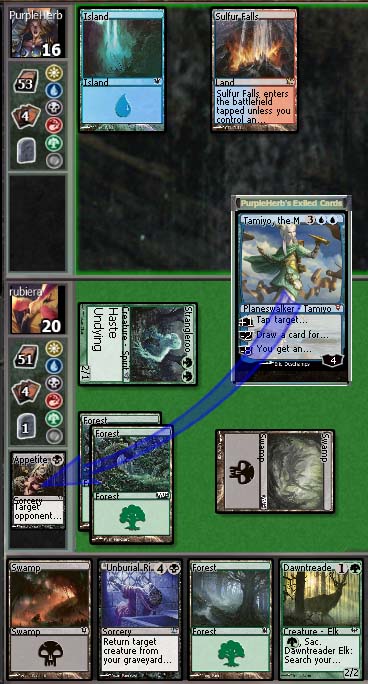 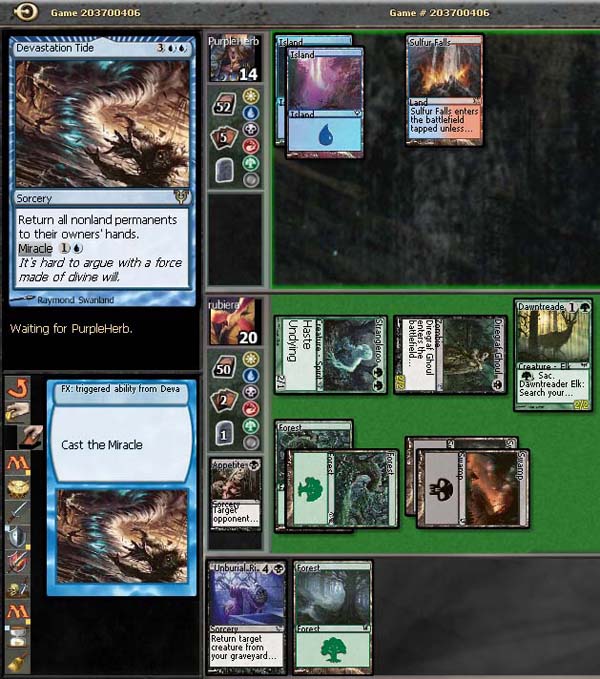 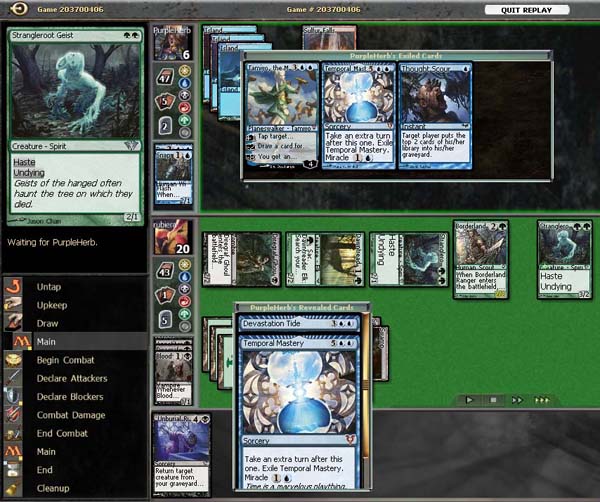 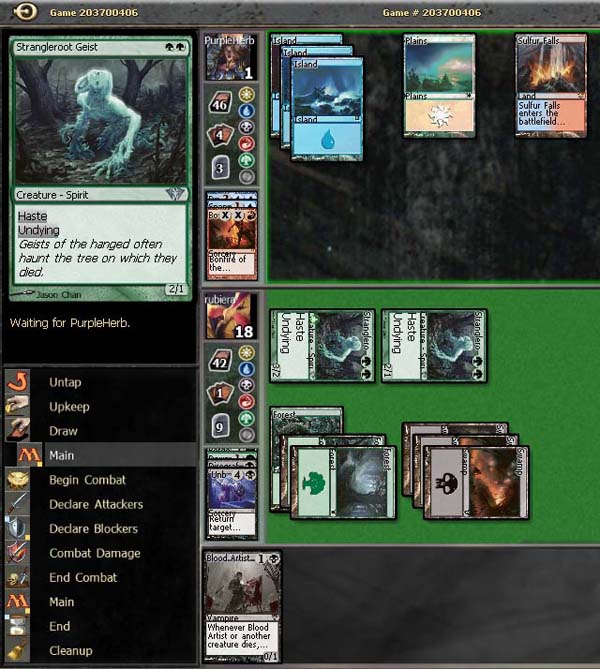 After a Terminus swipe of my creatures I have my opponent at 18-1, and this is where the game stalls for many turns as I try creature after creature. All I need is one lousy power hit. 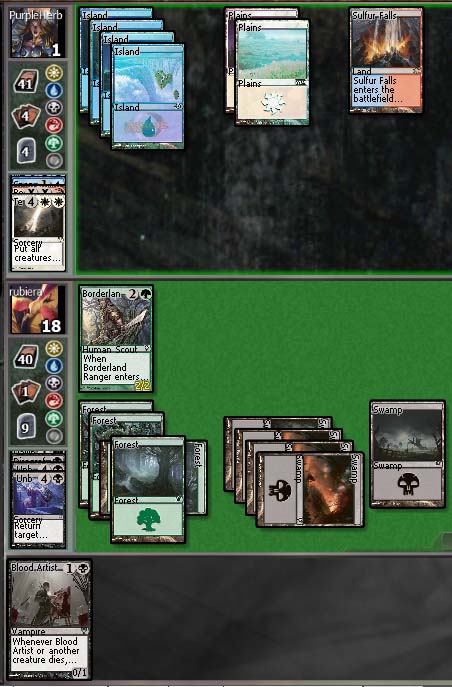 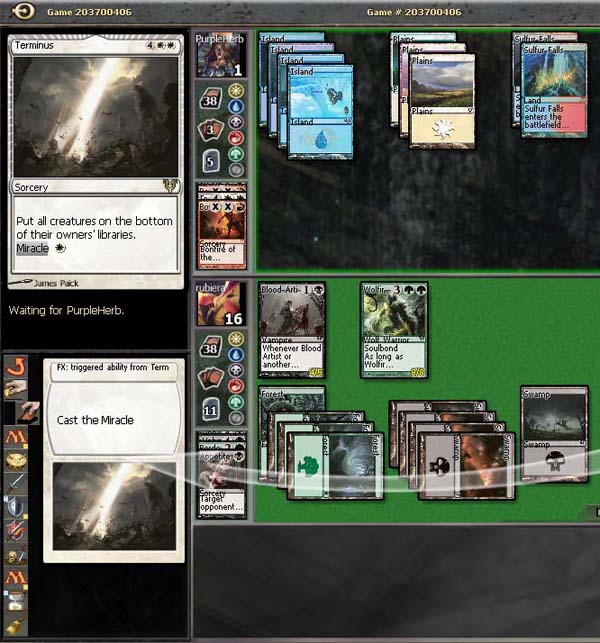 I get lucky again and play a Garruk to the fullest. 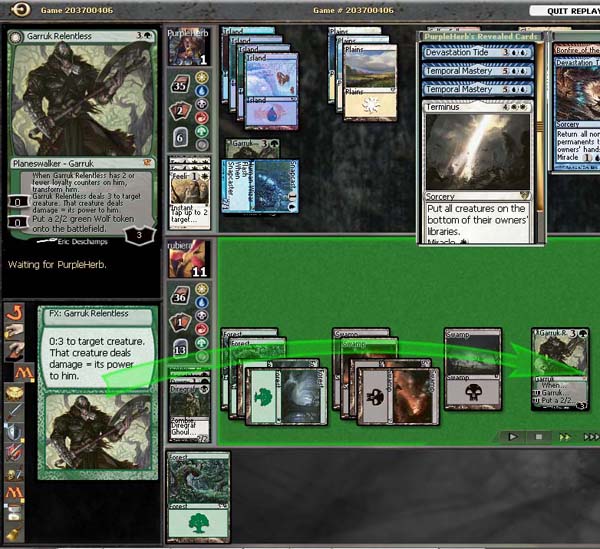 I take out a Snapcaster Mage, flip the Garruk, and start dropping tokens with Deathtouch. 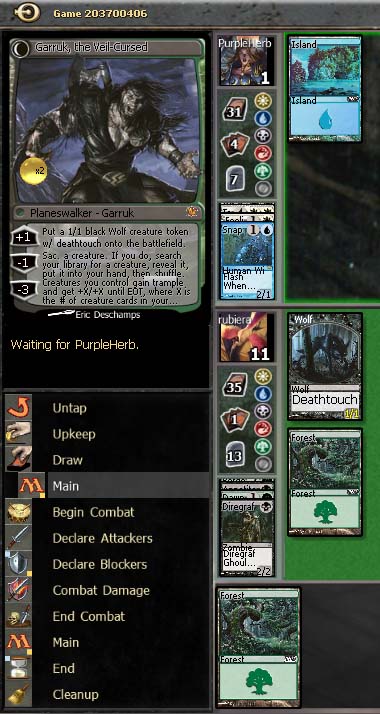 Here comes a Bonfire of the Damned. 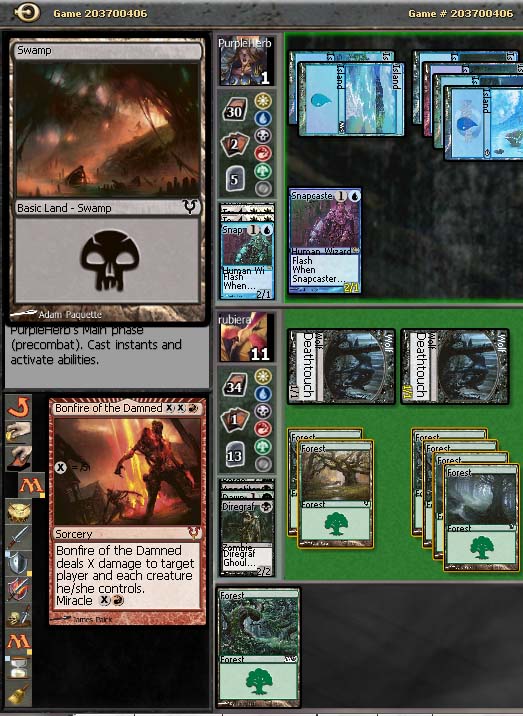 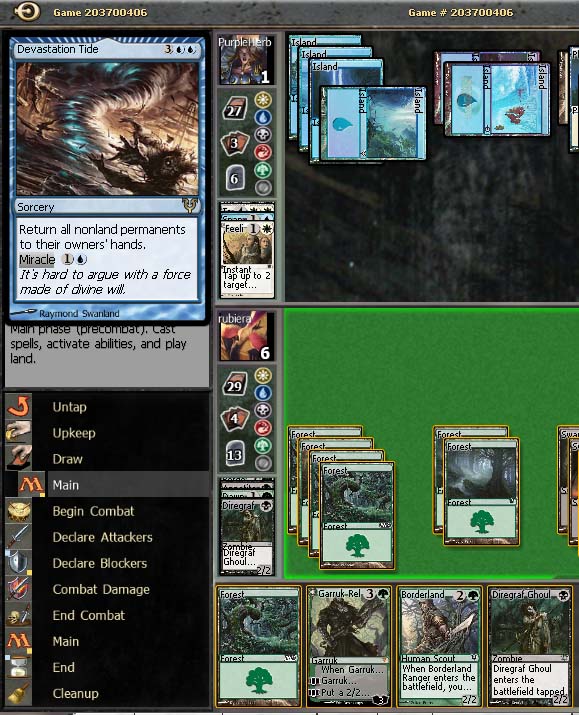 I play Garruk again and drop a token. 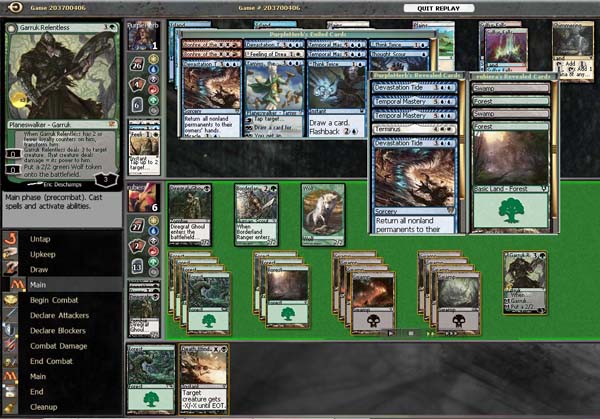 Here comes Feeling the Dread to double tap my creatures. 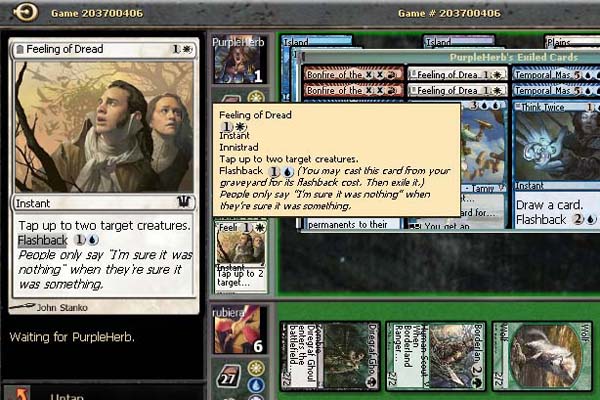 Here is another Bonfire of the Damned. 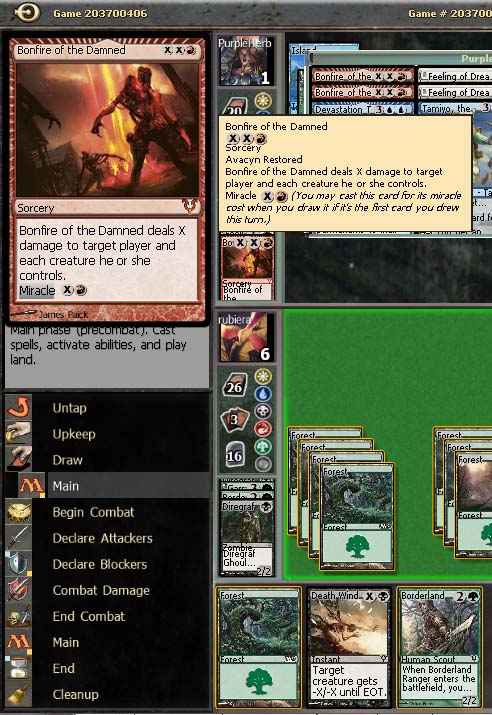 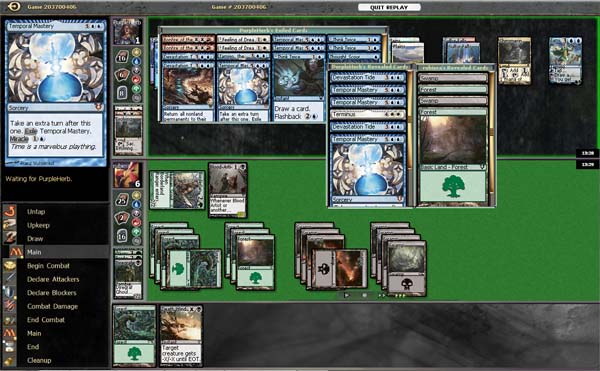 My opponent plays a Snapcaster Mage, and I kill it with a Death Wind. Blood Artist deals my opponent the one life loss needed for me to win the game.