The pack used White Red Green (WRG) decks (41 out of 103), and a few decks averaged more tournament points than this main format. One lone mono Green scored high, and the decks highest points were WBRG or RG. Black is the least successful color in these decks, followed by Blue. The various X Red Green with X being no other color or one or two other color had play sets of Humtmaster of the Falls. 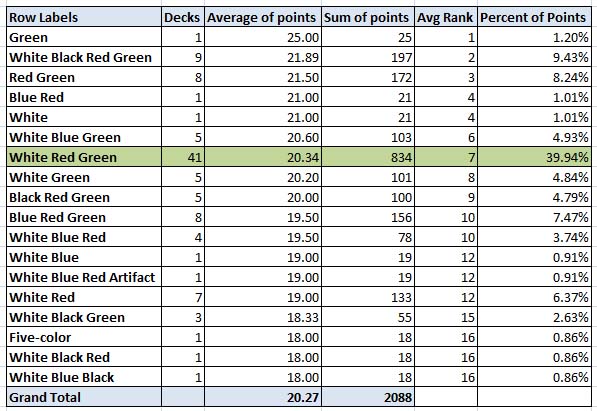 Here are the totals and percentages for use by ISD block set by rarity. 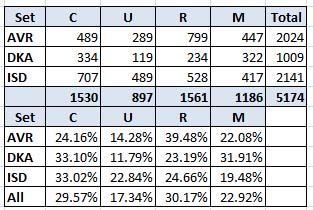 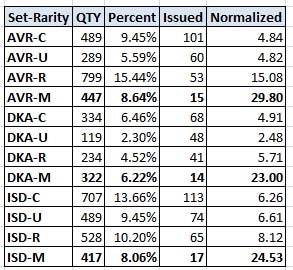