The use of a sideboard makes games in a match interesting. After the first game the deck can be changed with cards in the sideboard. Some cards get played more in the deck, and others are sideboard cards, such as the artifacts Grafdigger's Cage and Witchbane Orb.

The black instant Tragic Slip is a deck favorite, while Appetite for Brains landed always on a sideboard. 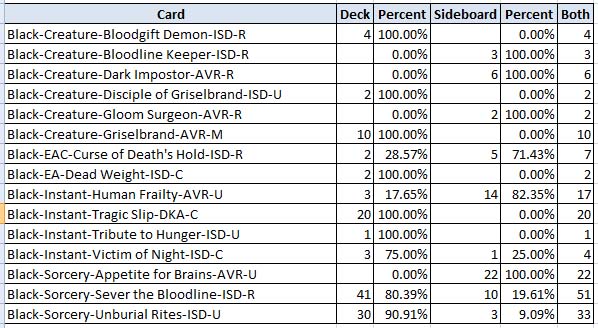 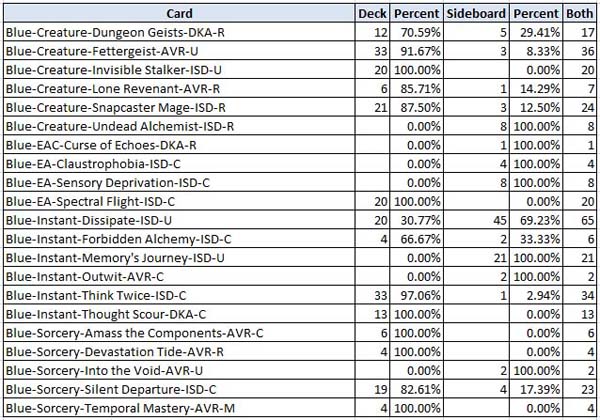 Green was the color with the most use in these decks. Avacyn's Pilgrim, Borderland Ranger, and Scorned Villager were always in deck, while Tree of Redemption was always on sideboards. 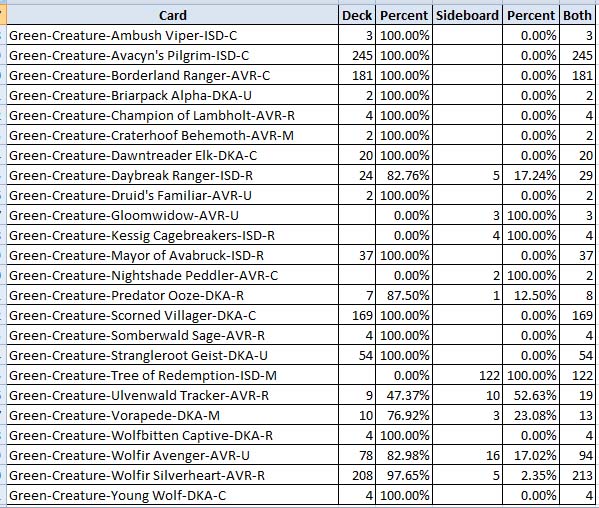 Some of the more commonly used red cards were partly in decks and partly in sideboards. Stromkirk Noble, however, was only used in decks. 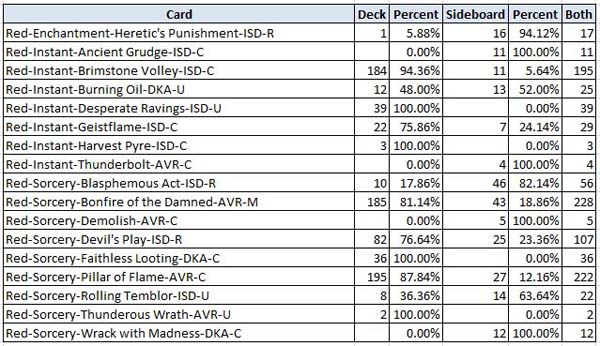 Champion of the Parish was a white card only found in decks. 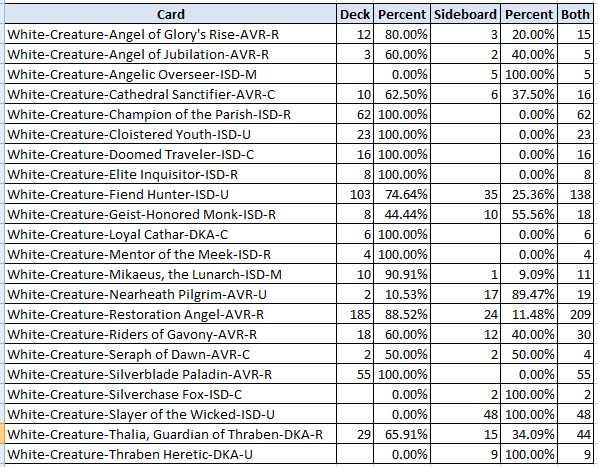 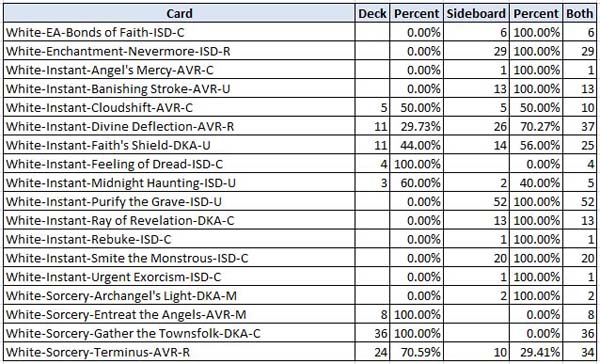 The multi-color and planeswalker cards are shown below. Huntmaster of the Falls is clearly the most favorite card (MFC?).