After some solitaire play testing I came up with the following conditions of play:

1. Take 100 cards for each of the five colors especially chosen for their low playability in other formats, especially Standard Constructed, Modern Constructed, and Commander. This is the 500 cards pool. Split this pool randomly and equally amongst any number of players. For two players that would be 250 cards. There are no artifacts and no dual lands. There are also no multicolored cards.

3. Each turn is the same as the normal turn except that during the draw step each player draws one card from their library and one random land from the shared pool of 100 lands.

5. During play a player can choose to cast a card normally or cast it into the Band Zone.

1. The band has five cards. These cards are in a neutral zone until there are five cards and the band is complete.

2. The band has one creature, the band leader, and four non-creature permanents. Cards in the band can be of any of the five colors.

a. The initial loyalty points X of the band is equal to the Converted Mana Cost of the creature that is the band leader. (X=Loyalty=CMC.)

c. Three of the band members are "0" abilities.

d. The positive band member, or fifth member of the band, has a +(Z=CMC) ability. Because the CMC of the members of the band has to individually be minus one that of the band leader, we could use a 3 CMC non-creature permanent as the positive member and it would have a +3 ability. That means that it would take two turns of plus abilities to be able to use the large negative ability. This example band would start at 4 loyalty, be at 7, then 10 and the 10-8 to remain in play after using the large negative ability.

4. Some cards cannot be in the band. Any card can be in the deck, and the deck can be composed of Standard-legal or Modern-legal or Commander-legal cards. Only common cards can be in the band with the exception of some commons: X commons, double-sided commons, common artifacts, and common dual lands cannot be in the band. By X commons I mean commons that have CMC, P, or T that is not explicitly predefined-no * or X. Planeswalkers are implicitly excluded from the band because these are Mythic Rare cards. Band of Commons are for junk cards. Any card that is even remotely playable in Standard or Modern and is included in a Band of Commons deck is defeating the purpose of this format.

6. Echantments and Enchantment Auras that enchant the player cannot be members of the band.

Here is an example band.

The band leader is a 5 CMC 4/3 creature. The loyalty of the band is 5, and it has a -10 ability that reads "This band deals 7 damage to creature or player." 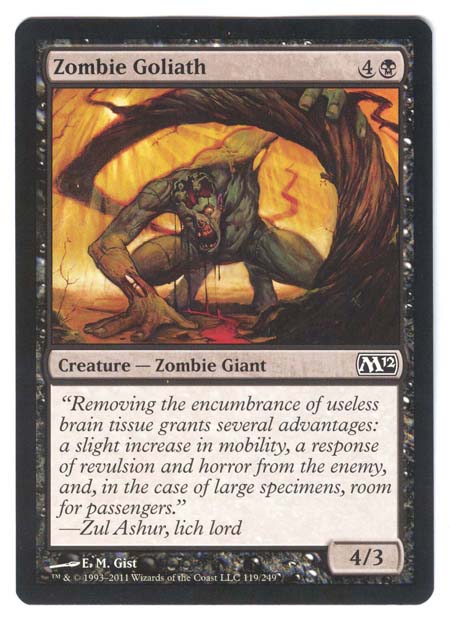 Here are the three regulars, or "0" ability members of the band. 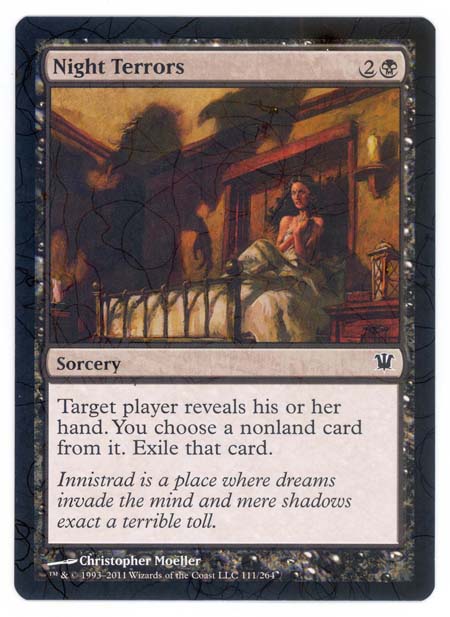 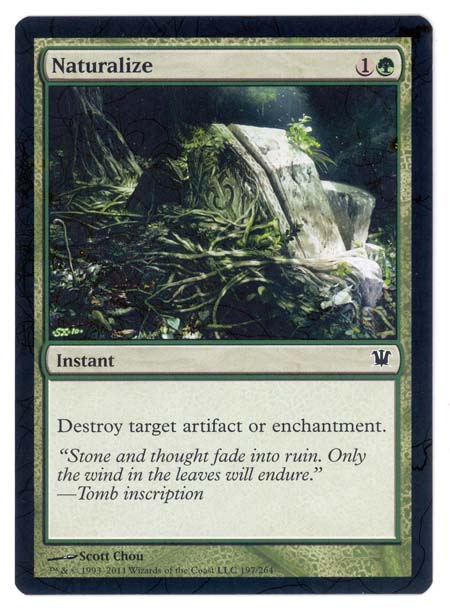 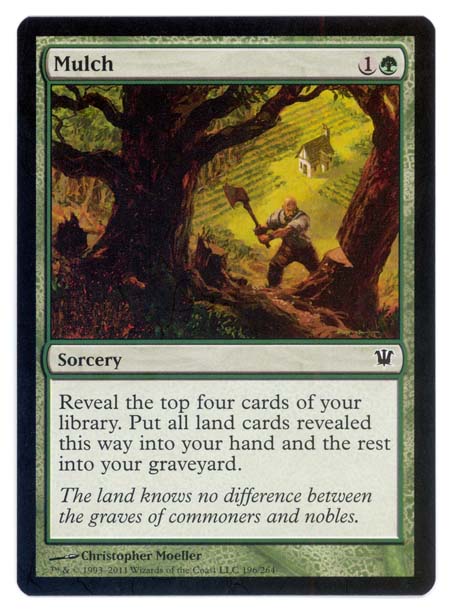 Here is the positive member of the band. It has a +3 ability. 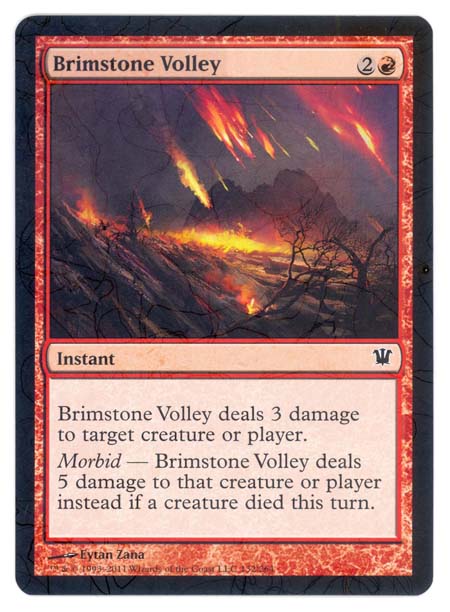 Let's write out this example band:

-10: This band deals 7 damage to creature or player.
0: Target player reveals his or her hand. You choose a nonland card from it. Exile that card.
0: Destroy target artifact or enchantment.
0: Reveal the top four cards of your library. Put all land cards revealed this way into your hand and the rest into your graveyard.
+3: This band deals 3 damage to target creature or player [Morbid ability ignored].