Why the fetchlands can not be reprinted in a Standard set

This is baseless speculation, but hear me out:

1. If, for example, the Khans of Tarkir (KTK) block contained the fetchlands, those packs would sell out really quickly, and casual players would have to be in a scramble with the type of players who swallowed up every Modern Masters pack. Paying a premium for Standard packs sucks for new and casual players. I know I will very likely sit out or play very little of whatever block gets the fetchlands if it is a Standard block. I am basing this opinion on how I reacted to all that money grubbing that went on when Modern Masters was issued on paper. I did not buy a single lonely card of that set on paper, and concentrated solely on the digital version. I am sure to do the same if KTK or a future block contains the fetchlands.

2. Just as it happened with RTR, the rest of the block, if it contains fetchlands, might as well be composed of blank cards. The packs will sell all the same. I consider the RTR block to be of relatively low quality when compared to ISD (the previous block) and Theros (the subsequent block). In ISD-RTR Standard I found myself playing mostly with ISD cards, and now in RTR-THS Standard I find myself playing mostly with THS cards.

Where to reprint them then, as they HAVE to be reprinted as soon as possible? In a supplementary product that can be hoarded, such as a Modern Masters 2, a paper/digital Legacy Masters-assuming that set can be defined with the 'no reprint' constraint for some of the Legacy staples, or a product similar to Conspiracy. My best guess is for the latter given how successful Conspiracy was as a paper product, and as a companion to Vintage Masters.  Actually, it makes sense for Wizards to rinse and repeat by issuing a Legacy Masters with all the staples in digital format (example, City of Traitors), and add to it a Conspiracy-like product that can be used to print the fetchlands on paper as well. 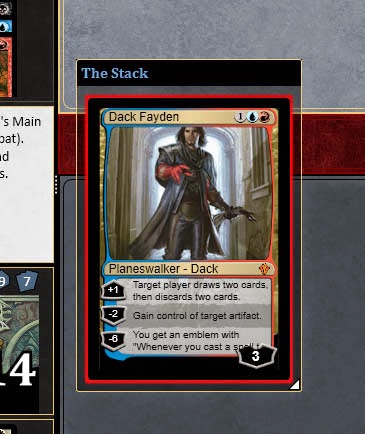 September 6, 2014 update: and I was wrong.
Posted by Rubiera