Here is another Zendikar block guard, and this one is a red Mythic Rare creature. For three mana you can give 1 burn to an opponent's land and the burn stays even after Obsidean Fireheart dies. As with all devotion decks, matchups with targeted removal are bad to very bad for this deck.

Shatter is main-boarded in this deck because I use it to play single matches and there are many artifact decks in Modern, but for matches Shatter is definitely a sideboard card. 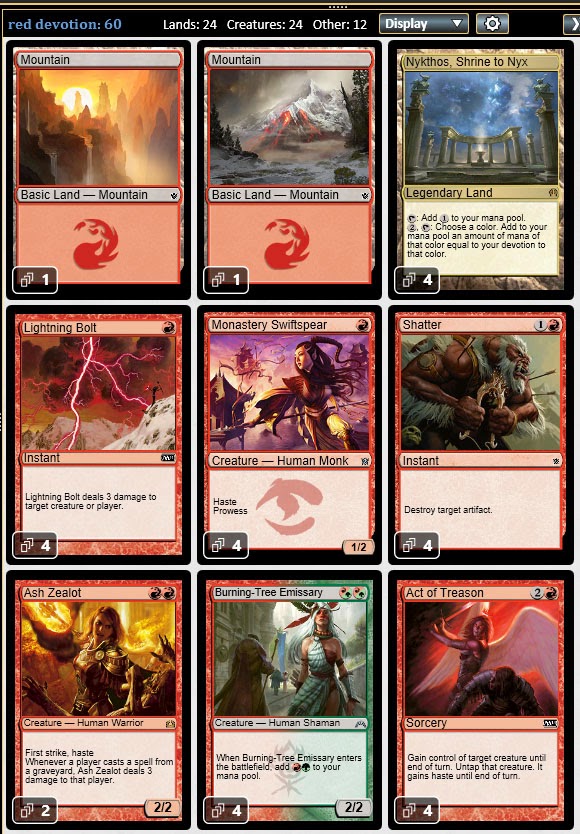 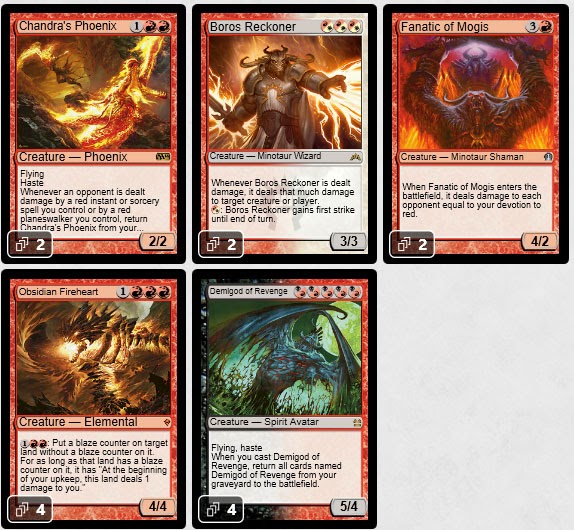 I lost this game thanks to Ezuri, but I was able to burn all five of my opponent's lands. 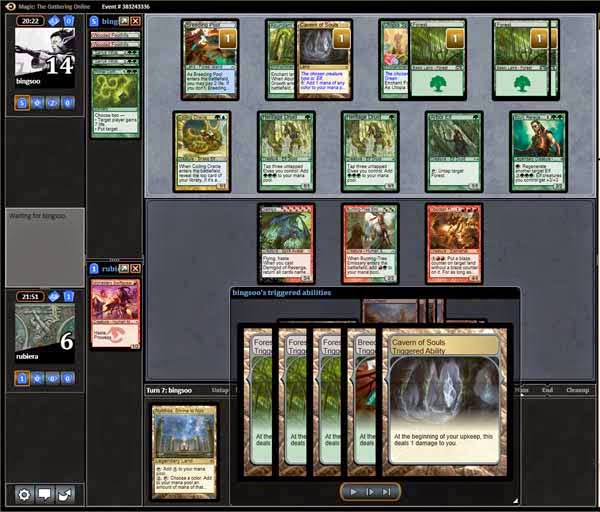 Here is a game I won that shows how resilient this deck can be. I had four of my creatures captured by a play set of Journey to Nowhere. 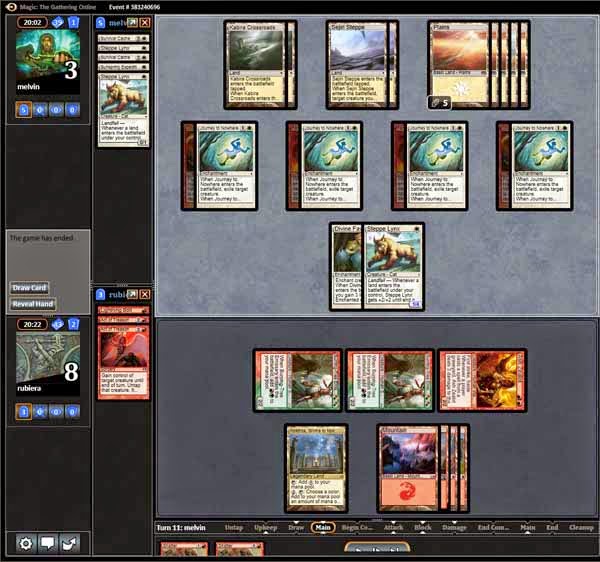 In this match-up I had a great board position and my opponent gave up.