I am preparing this deck for when everyone starts playing with the new Dragons of Tarkir cards. I have given myself the challenge of not buying any more cards until May 1st. That means I will only be running DTK hate decks in Standard. Here is my warriors Standard deck now adapted as such a hate deck. Reprisal is a key card. I will eventually likely add Pacifism. 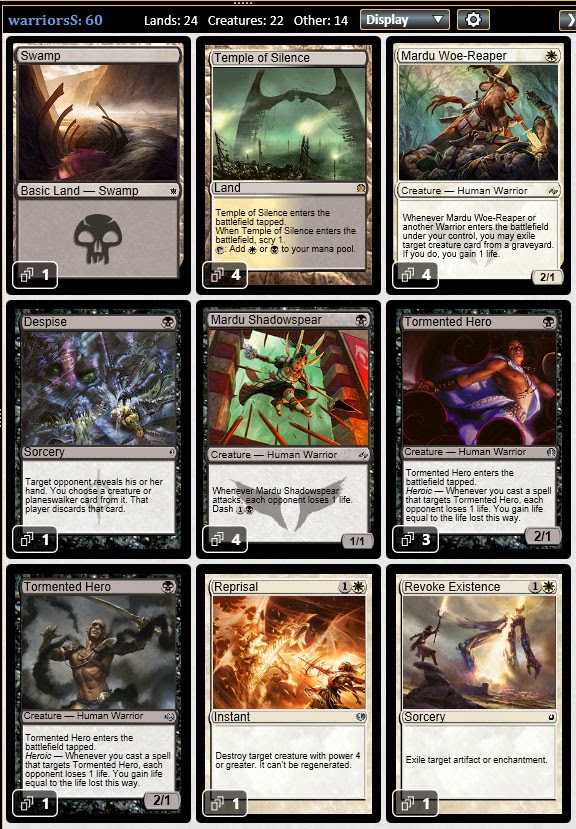 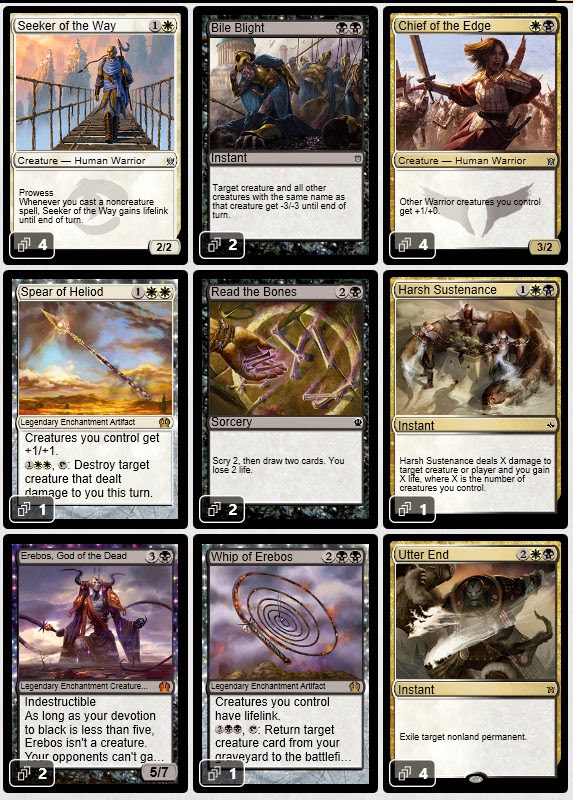 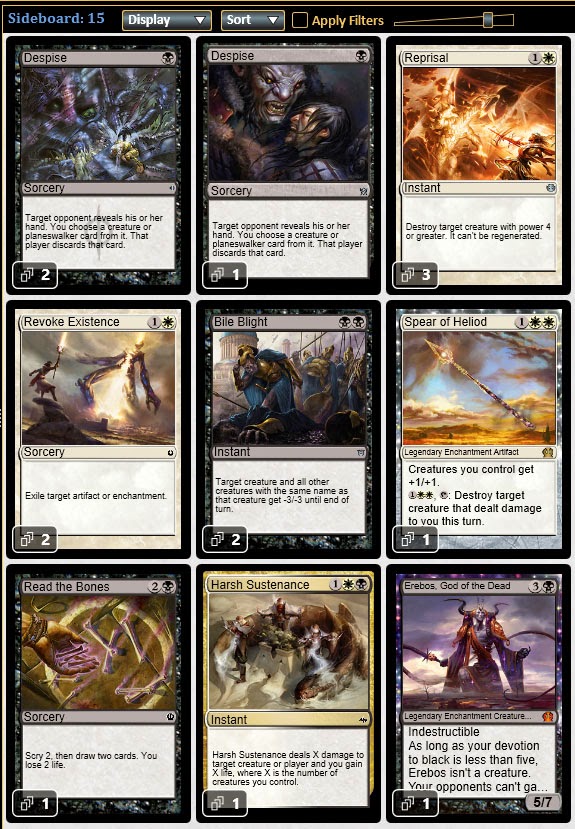 Here is a match I won against a spanking new Dragons deck. Game 1 Atarka won the game for my opponent. 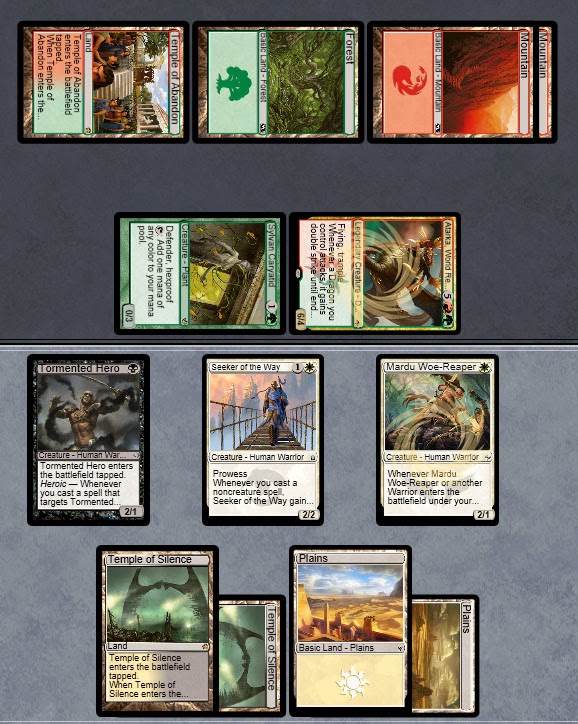 Second game Reprisals come in from the sideboard and take out all dragons. 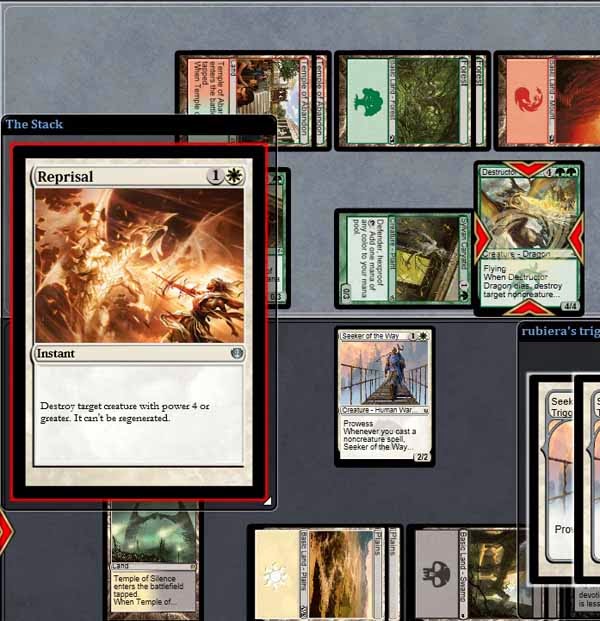 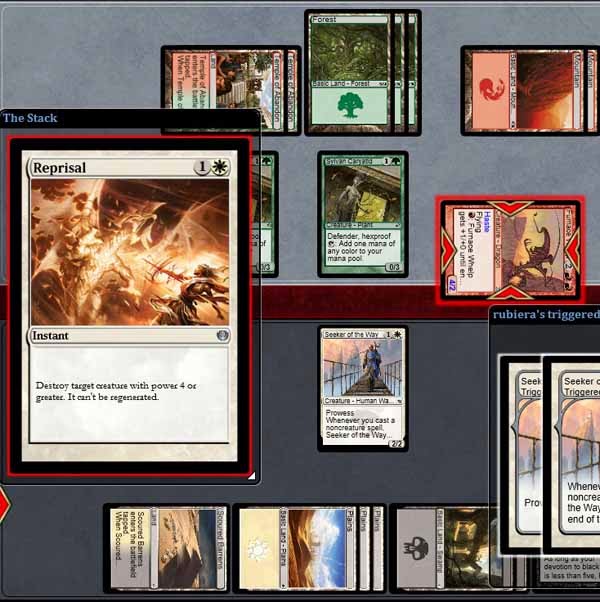 Game 3 I despised a Dragon and my opponent got mana screwed. I hit early and fast with my warriors before they could be board wiped with Anger of the Gods. 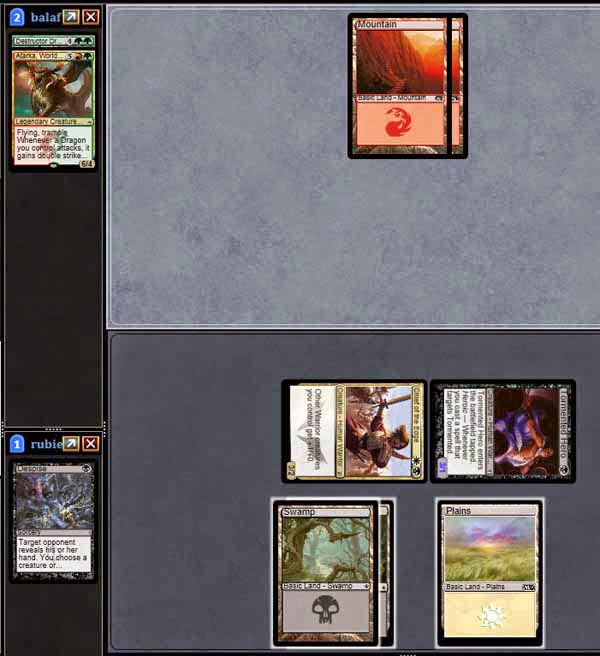