[Standard] Two Birds with One Shot ahead of Dragons of Tarkir 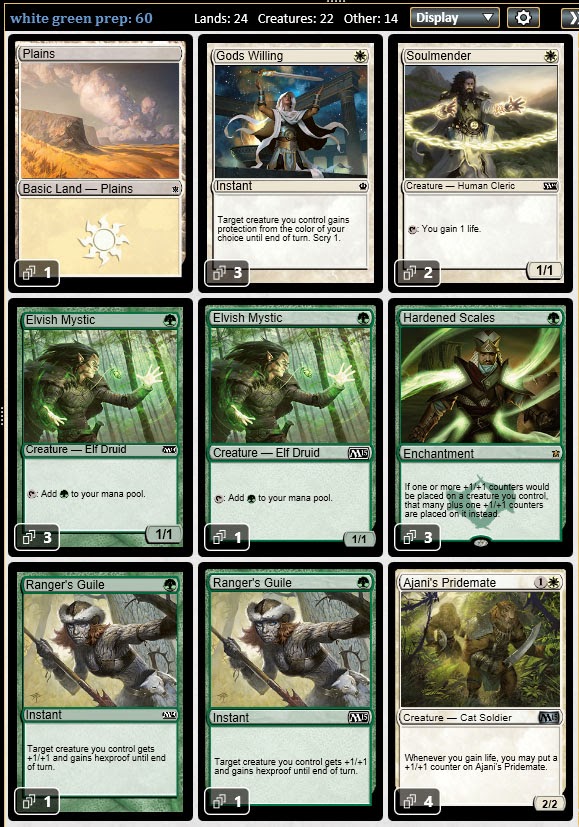 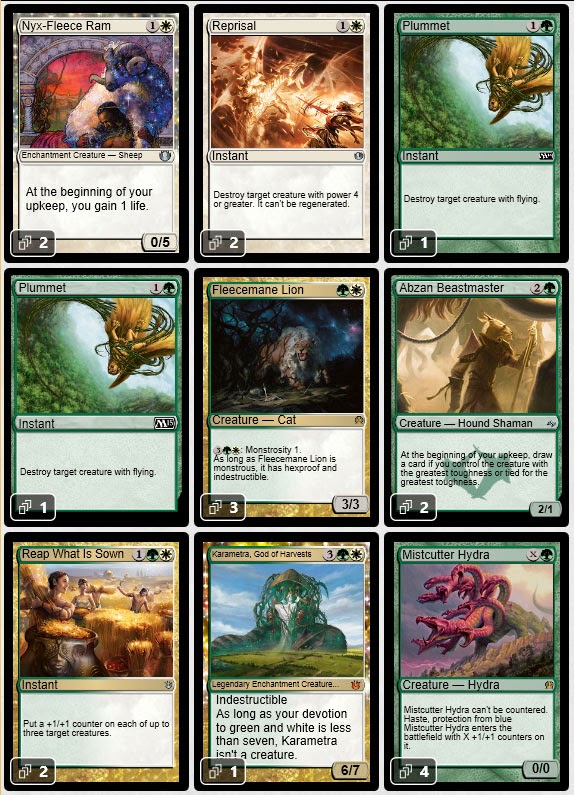 The sacrifice creature deck is BUG, black/blue/green, or Sultai. The game ended up being a 21 turn marathon. Here is turn 16. By this turn my opponent has killed off my two big critters (Mistcutter Hydras both) to draw extra cards out of Abzan Beastmaster. 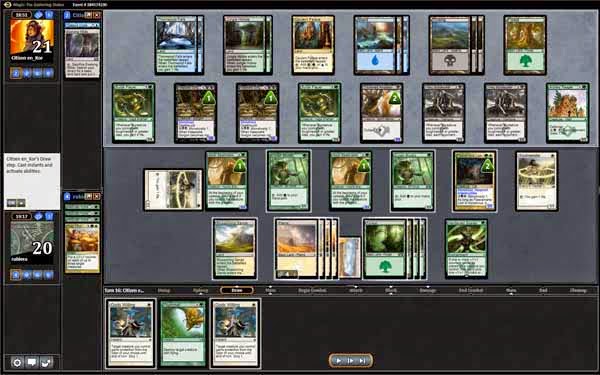 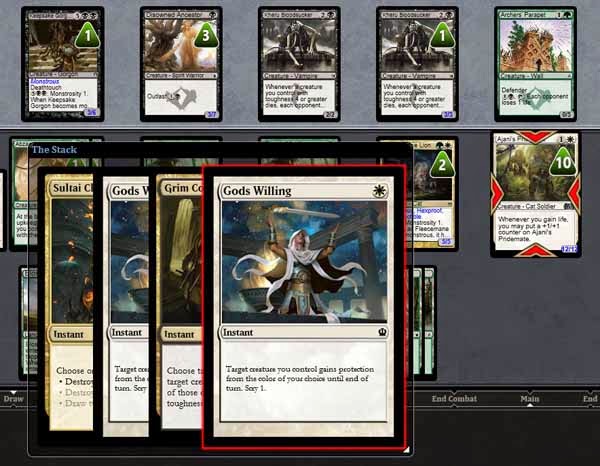 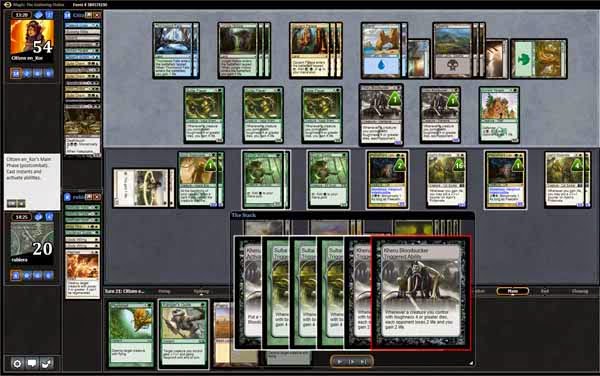 The total damage of these sacrifices is 16, and that takes me down to 4. The final sacrifice is of Archer's Parapet and that is the final damage needed for my opponent to win the game. 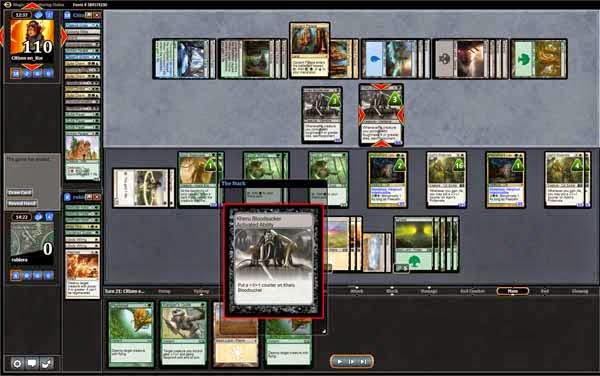