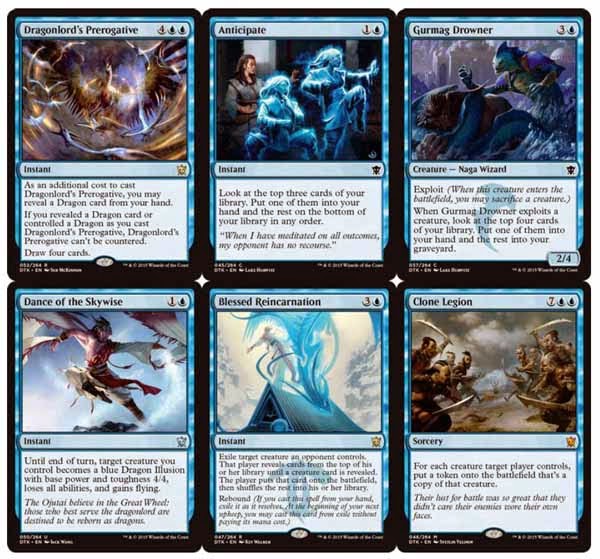 Dragonlord's Prerogative: 6 CMC for four cards is good in a control deck. White/Blue looks like the best Dragon deck. This could be a money card.
Anticipate: A toned-down Ponder. Very useful in Standard.
Gurmag Drowner: Sacrifice a critter in Blue/Black and drop some more critters into your graveyard. Casual for Reanimator with Delve.
Dance of the Skywise: Battle trick for a critter in trouble.
Blessed Reincarnation: Gets rid of a big threat with the risk of giving your opponent the ability to replace it with another big threat. Skip.
Clone Legion: Late game 9-drop super-Johnny effect. Skip. 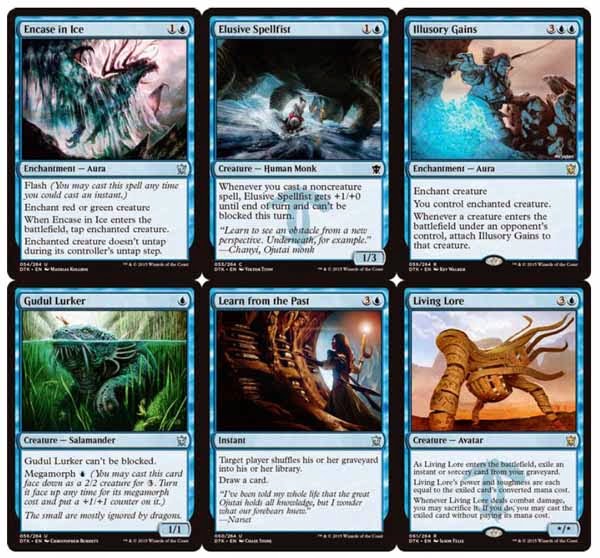 Encase in Ice: Sideboard against Red or Green. Skip.
Elusive Spellfist: Good with Prowess, and even though the effect is small, it IS unblockable. One of the better limited battle tricks that can be applied to Constructed.
Illusory Gains: Nice effect, but your opponent could replace the target with a less attractive one. Skip.
Gudul Lurker: One-drop brother of Invisible Stalker. Welcome!
Learn from the Past: Great late game recovery. Very useful card.
Living Lore: Awesome Reanimator fun card. Must play! Add to Marang River Prowler BUG Reanimator deck idea. Glint: One of the better limited battle tricks that can be applicable in Constructed.
Negate: Welcome back, old friend!
Stratus Dancer: Nice trick in a control deck.
Qarsi Deceiver: Great card in the current Standard. Auto-include in a Manifest/Morph/Megamorph deck.
Profaner of the Dead: I don't get it, seems like all downside? You would have to make sure your opponents don't have any creatures in their graveyards and that you do. A clever card, just needs a lot of build-around to exploit (could not resist the pun).
Shorecrasher Elemental: I hope it does not become a money card because it is an auto-include in Blue Devotion. Goes well with Master of Waves. 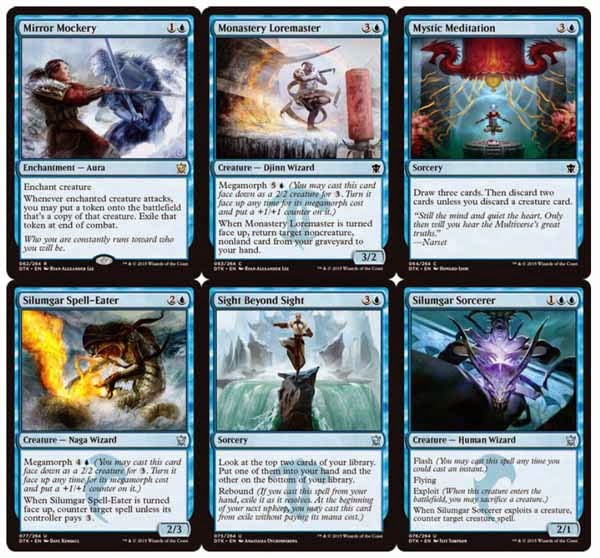 Mirror Mockery: Good to pair-up with Artisan of Forms. Definitely a fun card.
Monastery Loremaster: Nice limited battle trick. Good in a casual reanimator deck.
Mystic Meditation: Casual card for my Tibalt deck I want to build (in Modern).
Silumgar Spell-Eater: Mana Leak option is nice.
Sight Beyond Sight: A little late game but still useful with Rebound.
Silumgar Sorcerer: It will cost you a creature to counter that spell. Good in an Esper tokens deck. 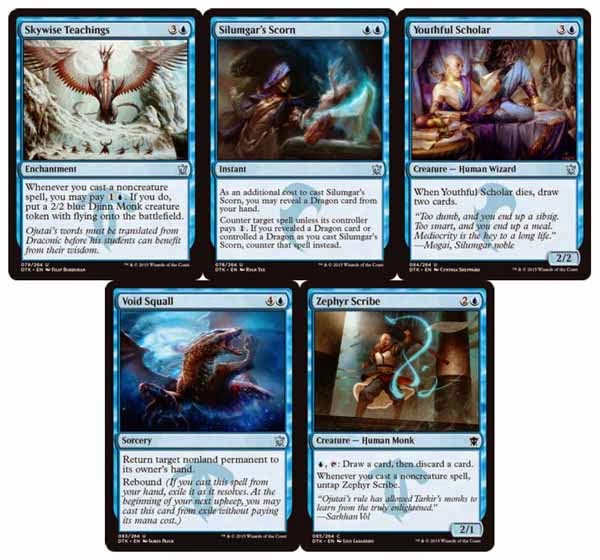 Skywise Teachings: A little late game but still useful to generate tokens.
Silumgar's Scorn: The clause will mean this is Counterspell if you control or show a dragon. Auto-include in the White/Blue Dragon deck that will likely be competitive in Standard.
Youthful Scholar: If you are going to sacrifice a critter, this one gives you two cards. Good in an Exploit deck.
Void Squall: Late-game disrupter. Useful in a control shell.
Zephyr Scribe: Always on the look-out for Tibalt deck candidates. The key is that you draw first, discard second.
Posted by Rubiera