Battle for Zendikar is the Fall set

That should be a money-maker for Wizards if it is once again a 'lands matter' block. I was not a player when the original Zendikar came out. 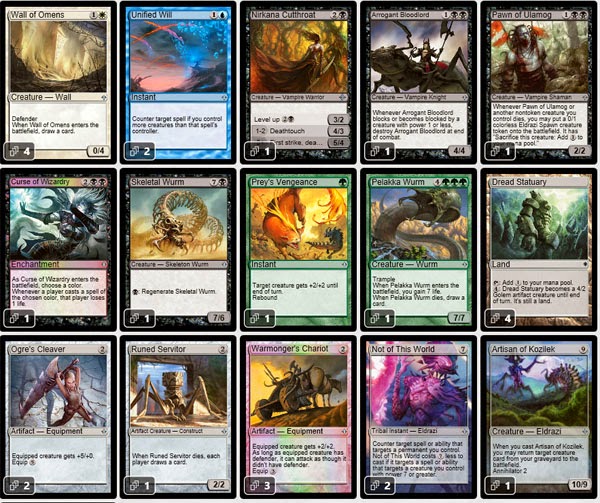 It will be interesting to see how the storyline changes, and also how the cards change. A second take on a popular block makes a lot of sense. Its a shame that the online packs for all three of the original Zendikar block sets are well above $1 each!

Zendikar block had lots of valuable and playable lands (it was a land block after all), it had Jace the Mind Sculptor in the second set, Worldwake, and the Eldrazi in the third set, Rise of the Eldrazi, a set that stood apart from the first two sets in the same way that Avacyn Restored did in the Innistrad block.

I was hoping for an artifact block, but a return to Zendikar should be fun as well.

Links to later articles in this series: