I picked up some penny cards to learn how they play. They are mostly from Shards of Alara. This deck turned out to be very resilient. 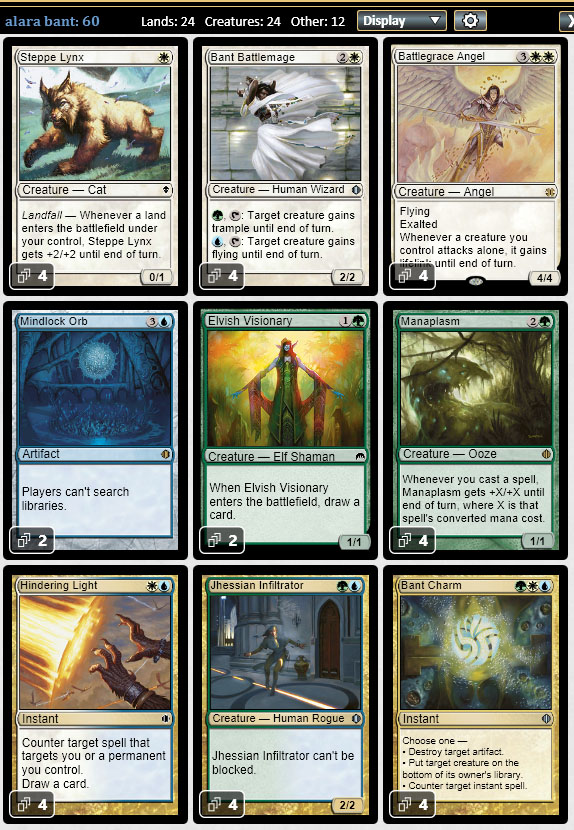 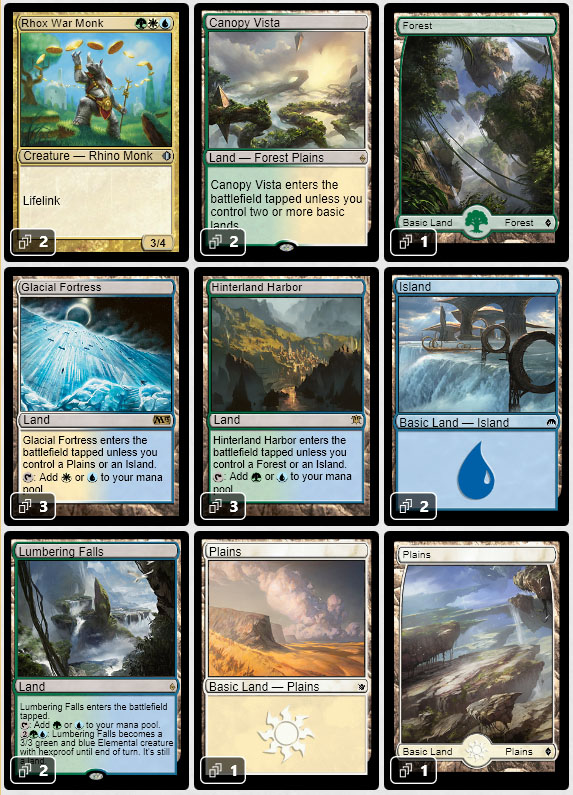 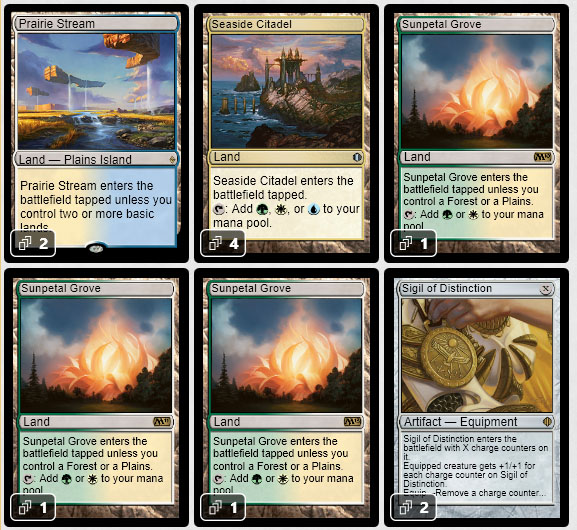 In this win I establish a good board position. 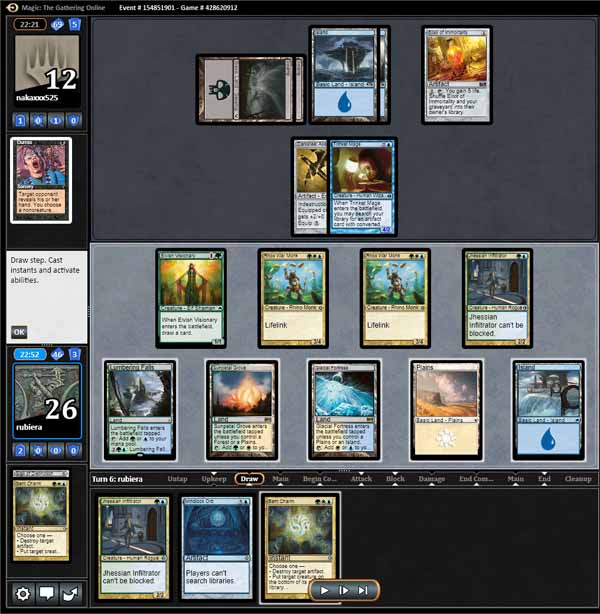 Only to have Devastation Tide return all my permanents to my hand. But I was able to cast them again and swing for the win. 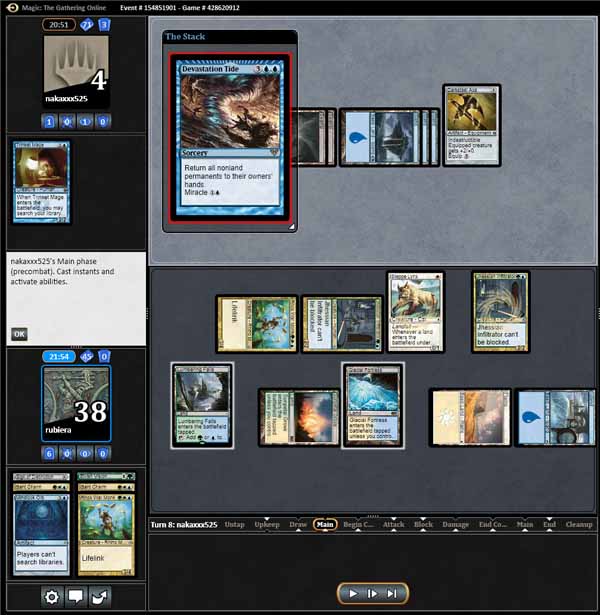 In this win I encountered a strong Abzan tokens deck. 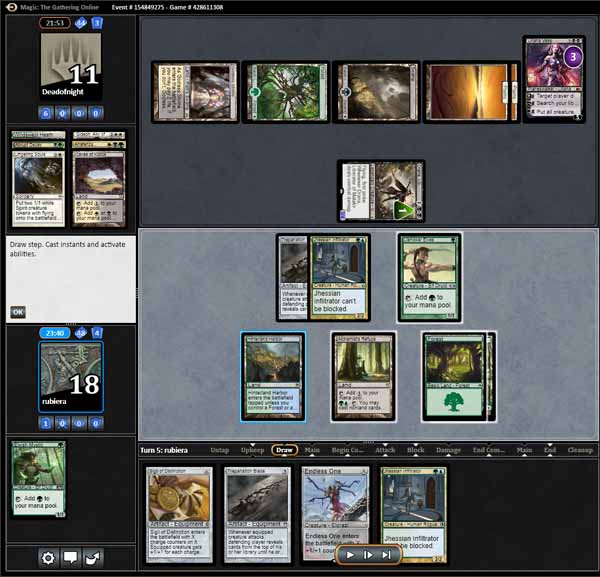 Unblockable with equipment was the winning formula I used 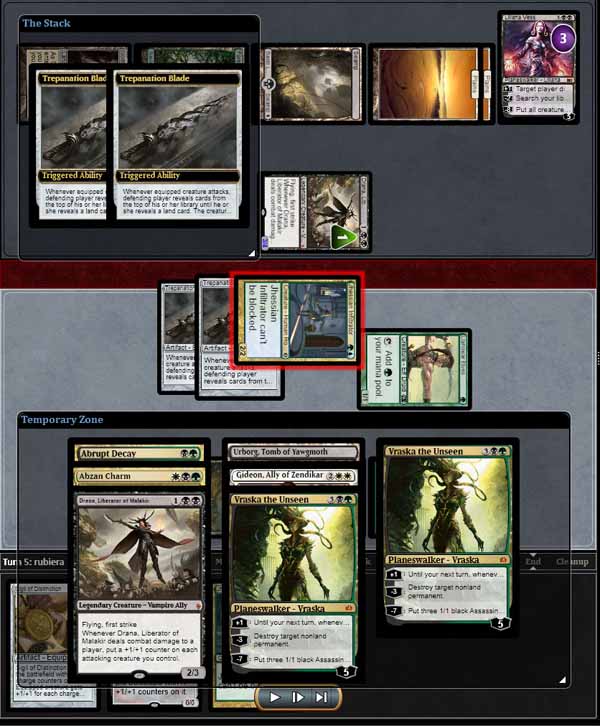 In this win I buffed up Steppe Lynx. Notice three of my lands have been enchanted and turned into Islands (Spreading Seas is the offending enchantment). 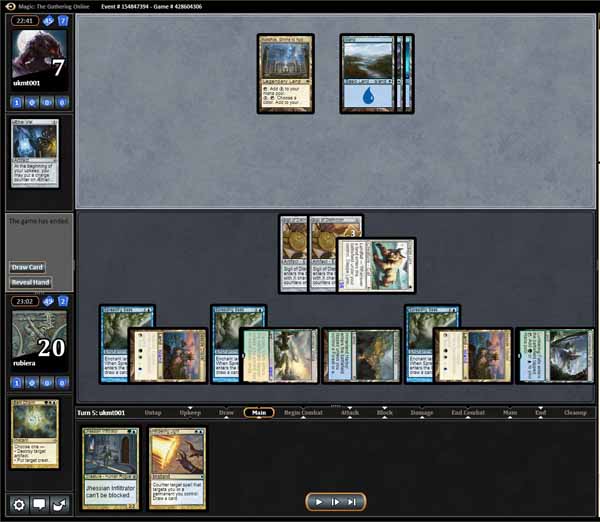 I ;played several games against the following deck, losing all but this one. Getting O-ringed repeatedly is a reliable way to lose. 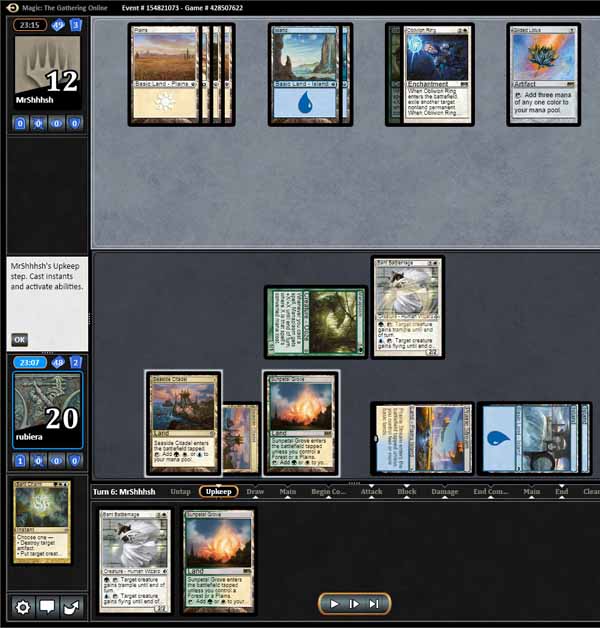 The deck uses Seance (At the beginning of each upkeep, you may exile target creature card from your graveyard. If you do, put a token onto the battlefield that's a copy of that card except it's a Spirit in addition to its other types. Exile it at the beginning of the next end step.) 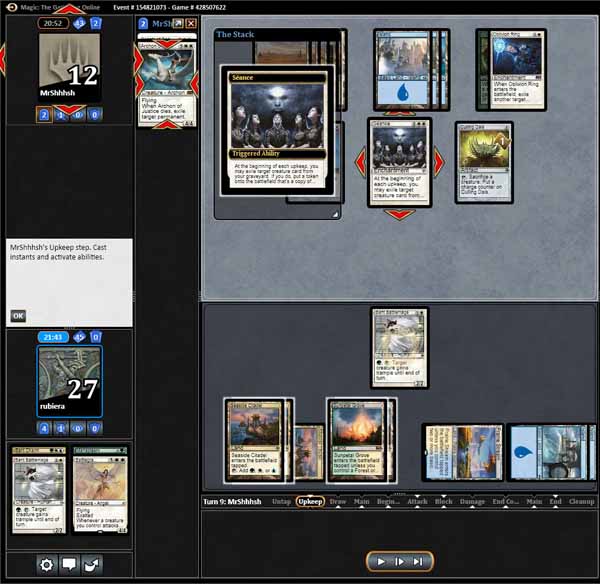 Here I am able to place my opponent's flyer at the bottom of their library. 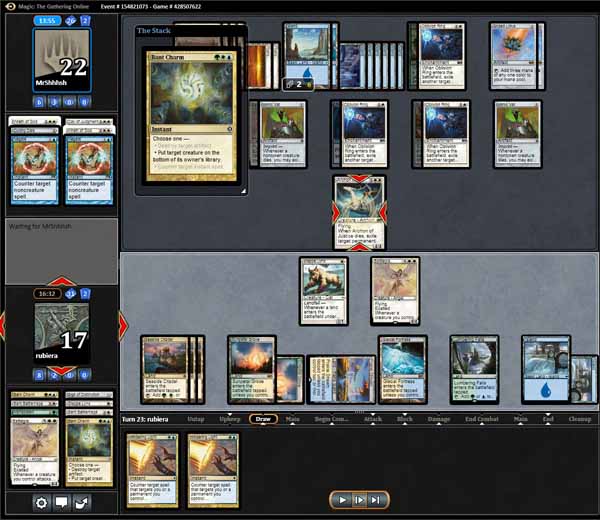 In this win I did the same. Once I removed the flyer I could give Manaplasm flying with Bant Battelmage for the win. 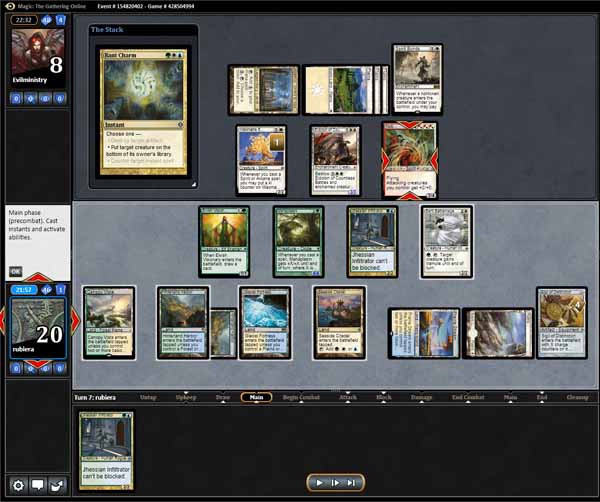 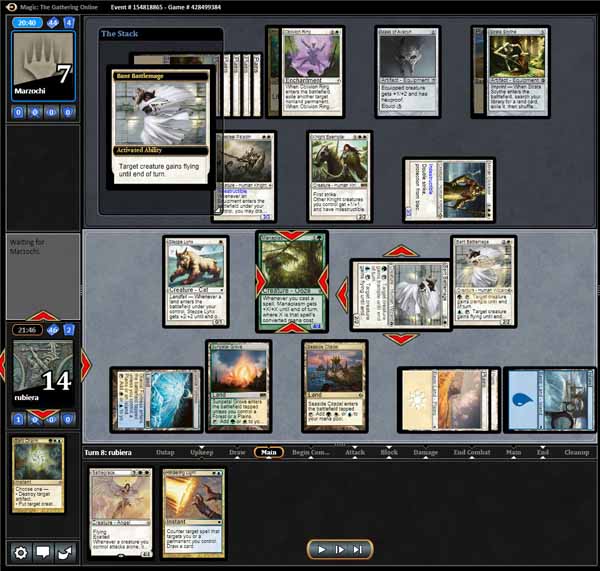 In this win I was able to buff Manaplasm. 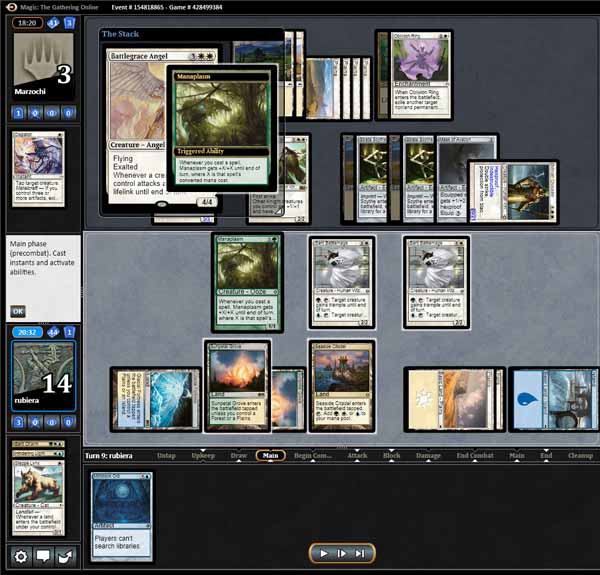 I then blocked a gigantic creature and attacked with the lone flyer on the battlefield. 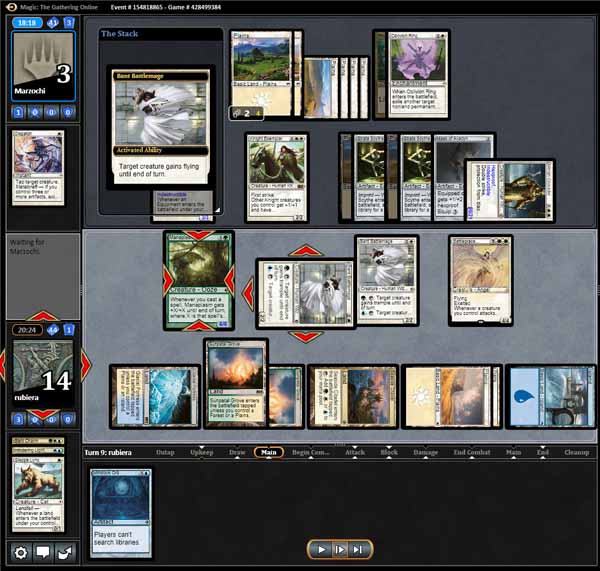 That was a 20/21 creature with double strike, but without Flying or Trample!

In this loss I cast the play set of Steppe Lynx in my deck. 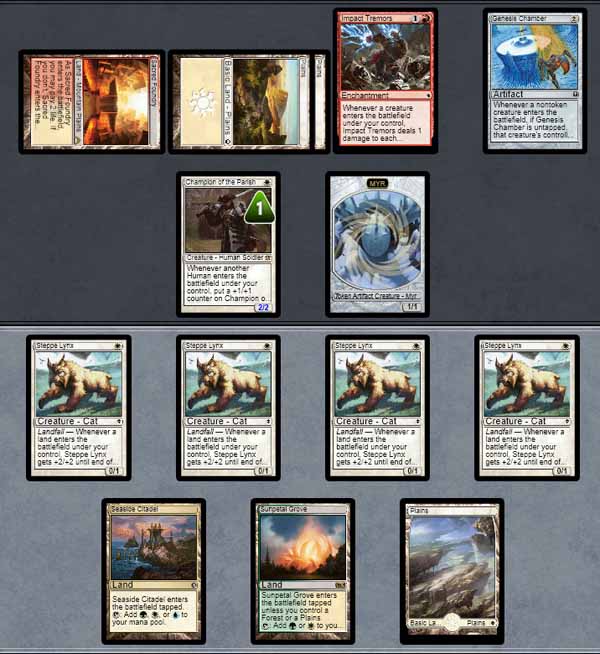