This deck is a lot of fun, except when it encounters one of a few broken decks that are running wild right now (especially ones using Zulaport Cutthroat). Here is the draft. 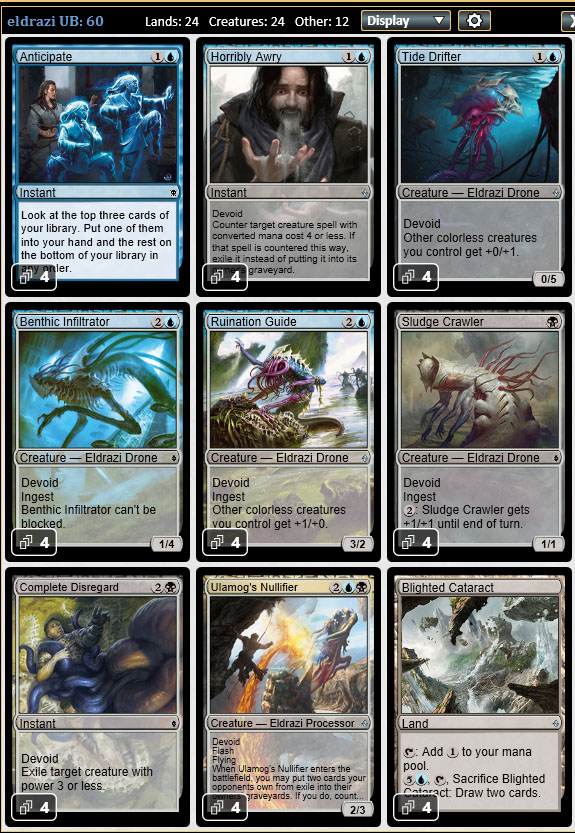 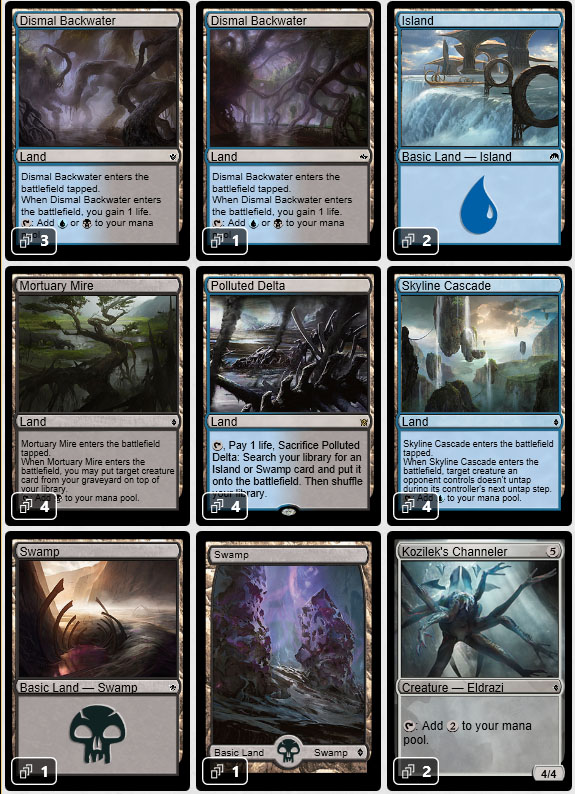 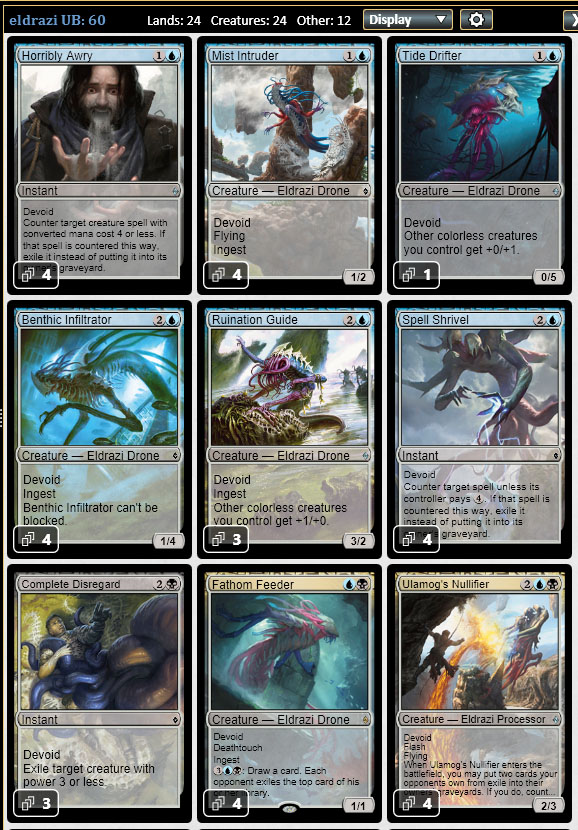 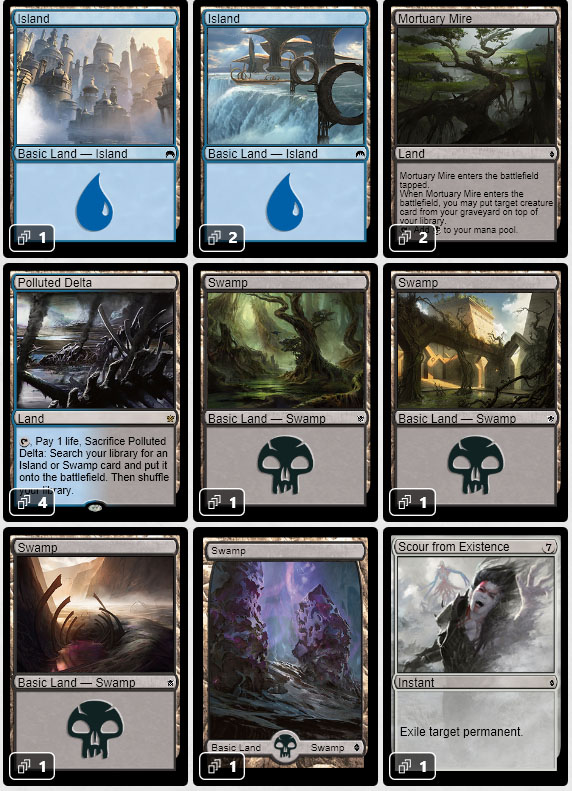 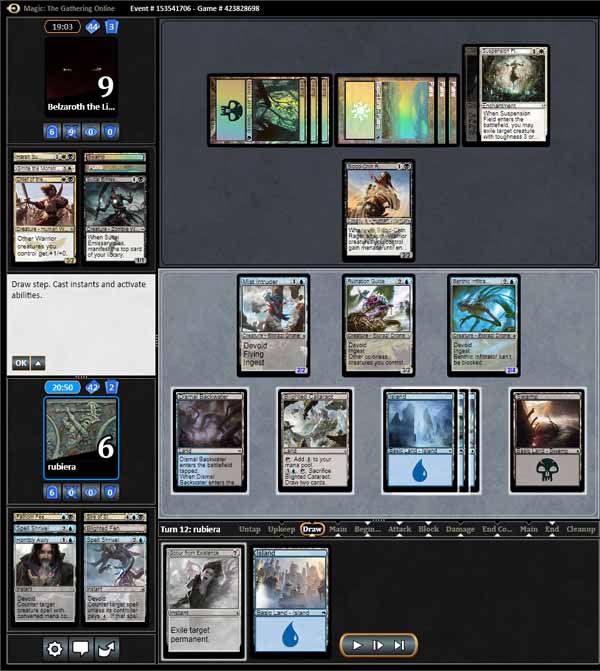 Here I could hit with flyers even as my opponent began to build a good board position. 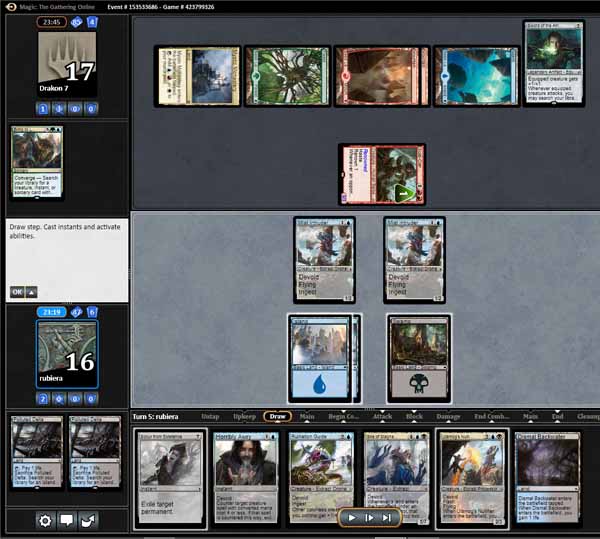 Now with my opponent hitting with tokens we are in attrition mode. And then I am able to land Sire of Stagnation. 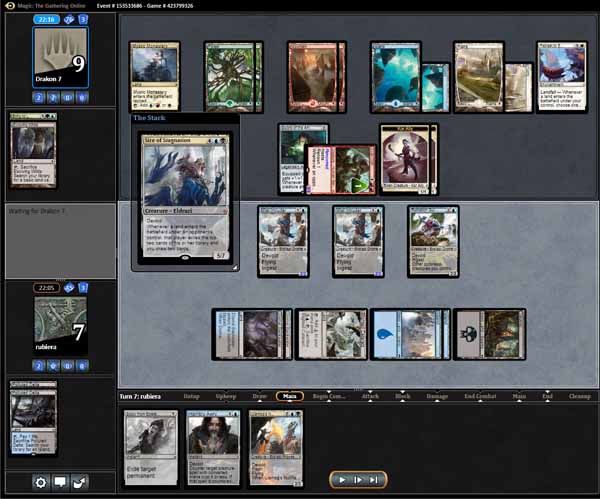 My opponent plays two lands and I get four cards out of those drops. 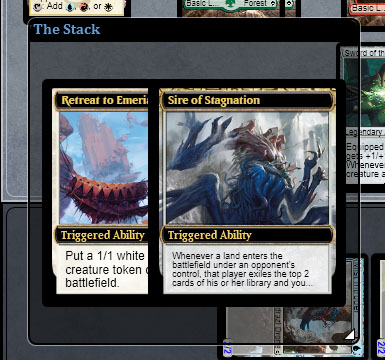 Finally I counter their big threat. 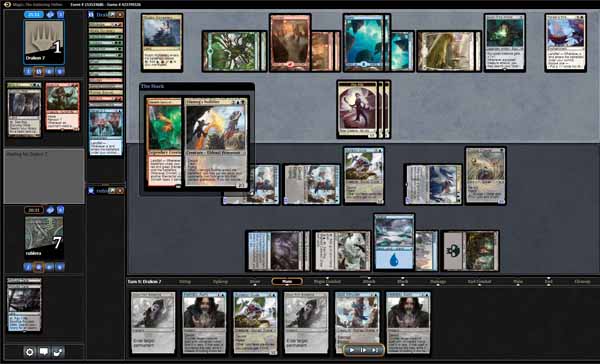 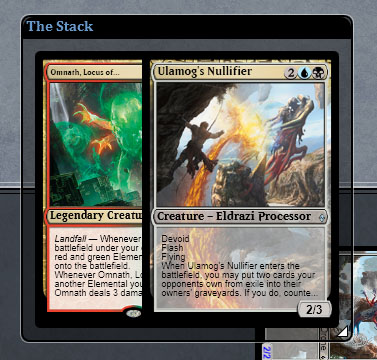 The deck does well against green, except for when they are playing the competitive version with BFZ Gideon and Den Protector. Here I exile their Undergrowth Champion and proceed to win from here on out. 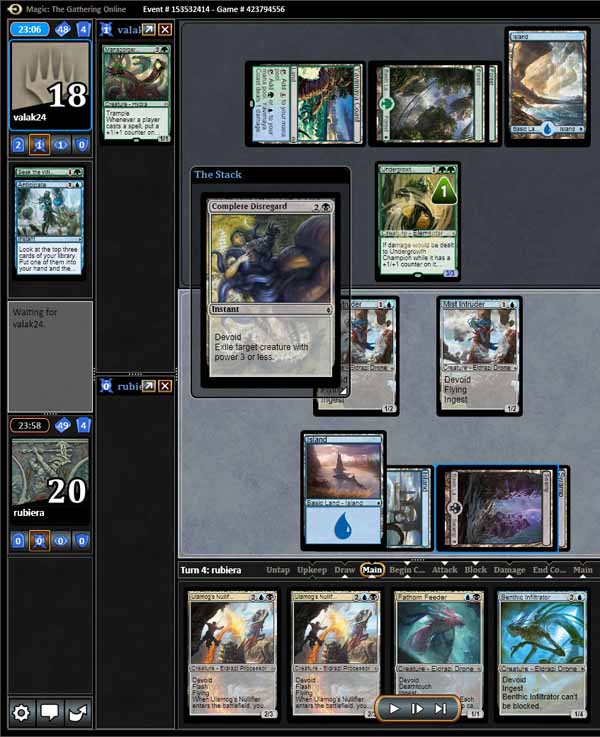 In this other win I am able to counter Hedron Archive and hit with flyers for many turns. 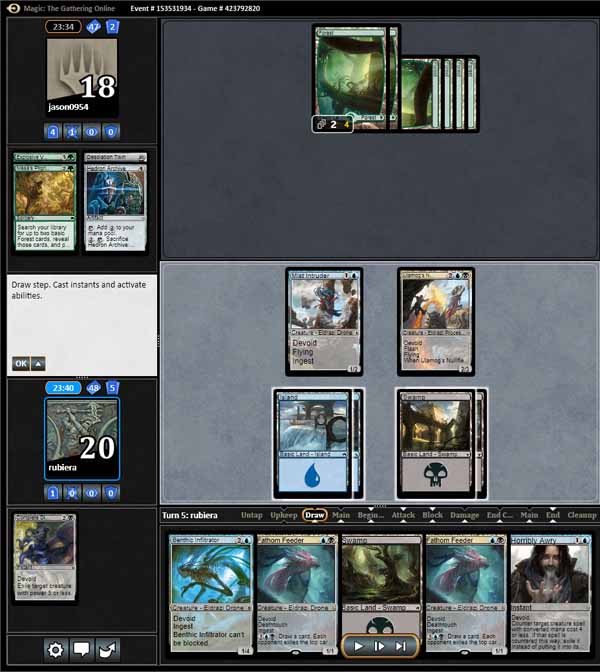 My opponent plays The Great Aurora and I have to place my lands on the board again and re-cast all of my creatures. 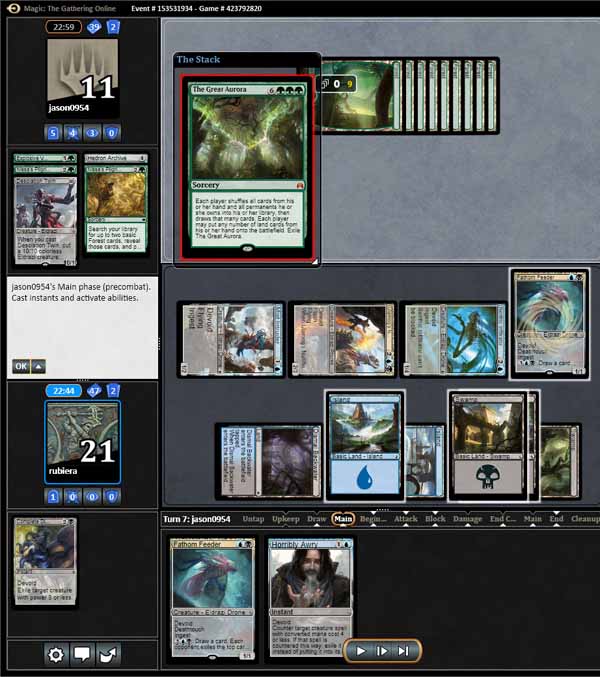 My opponent cast a flip Nissa, but it was too late. 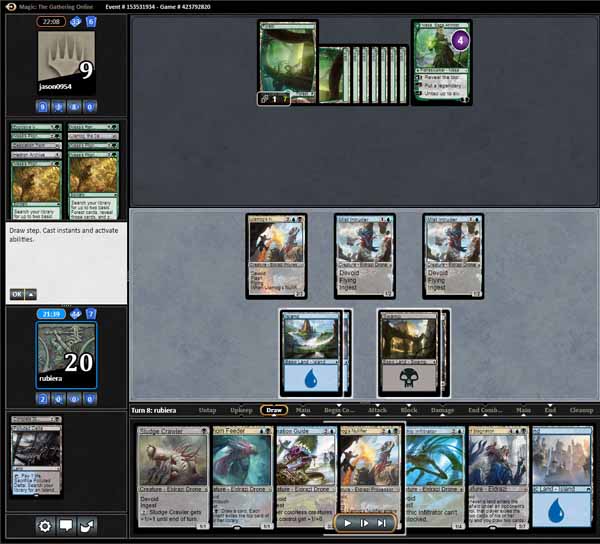