I couldn't wait to make this deck after Zulaport Cutthroat was spoiled. 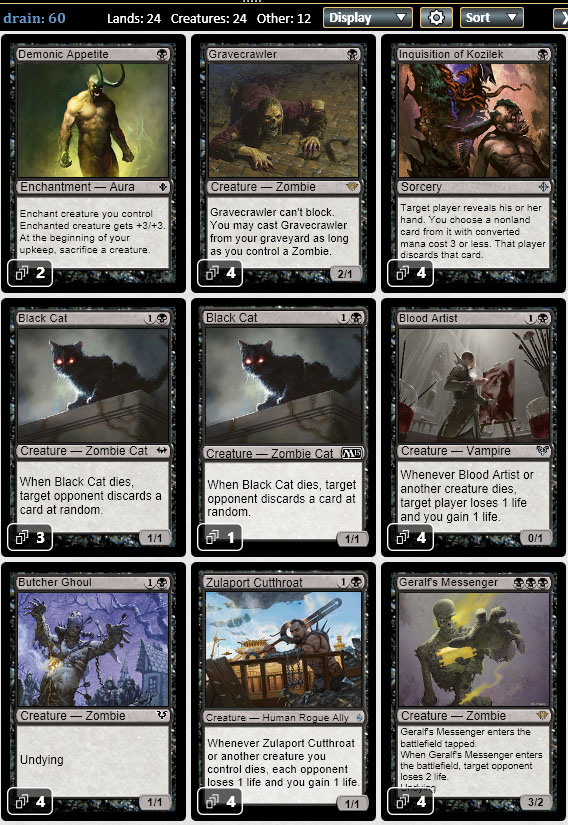 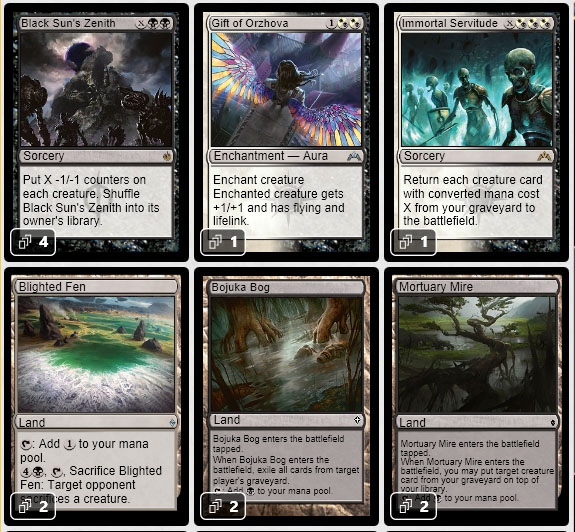 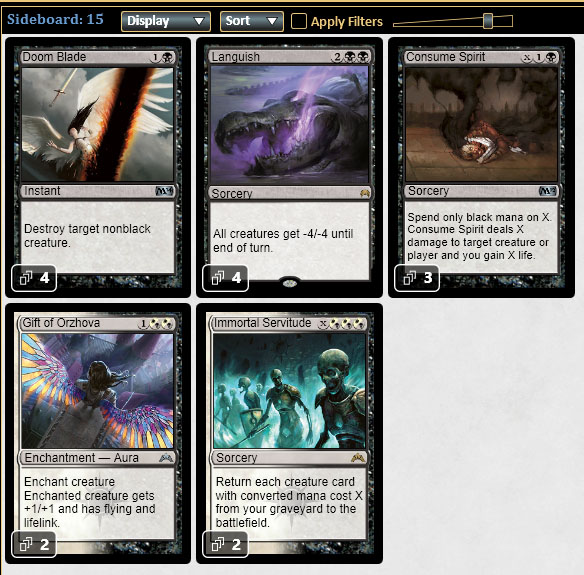 I encountered three matches in a row against three different really well optimized Red Deck Wins (RDW) decks. I won one game, lost 6! I aim to fine-tune this deck against RDW next. Here is the one win. 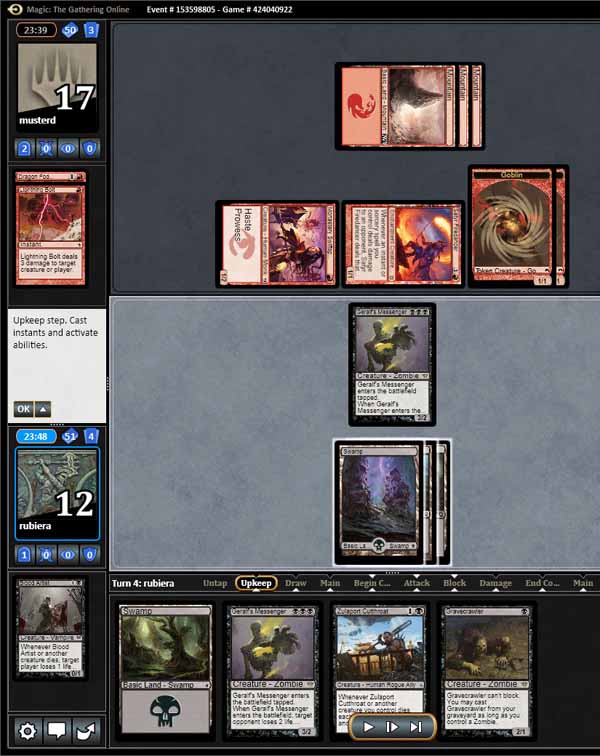 I was able to establish a solid defense. 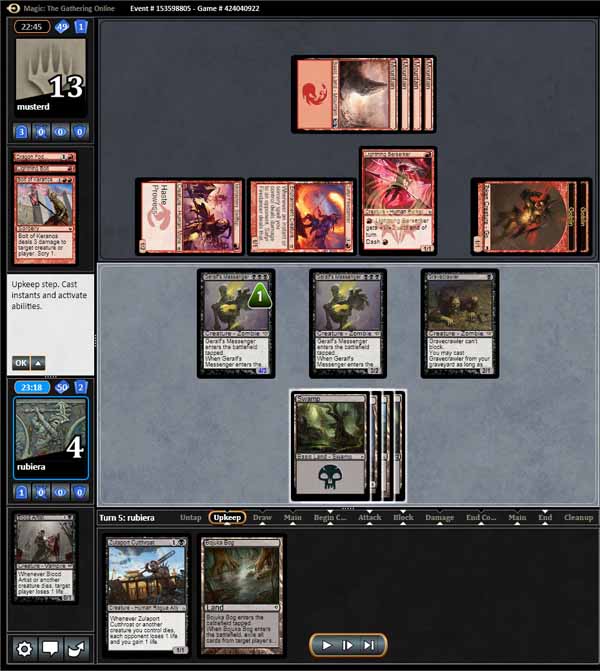 With my opponent out of cards all I needed to do was grind and remove at above Lightning Bolt life (3). 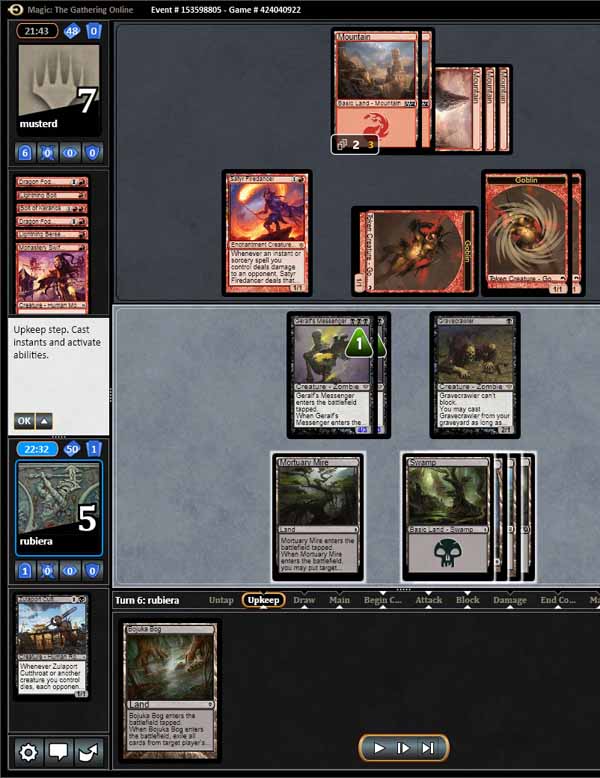 My opponent was able to drop a small army of tokens. 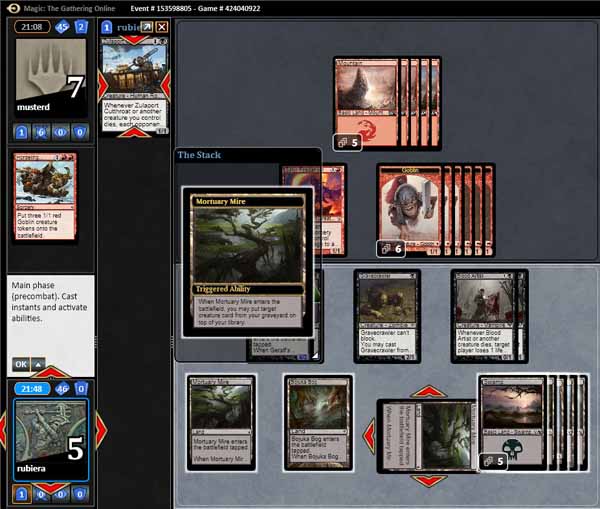 And even then I was able to grind to a win. 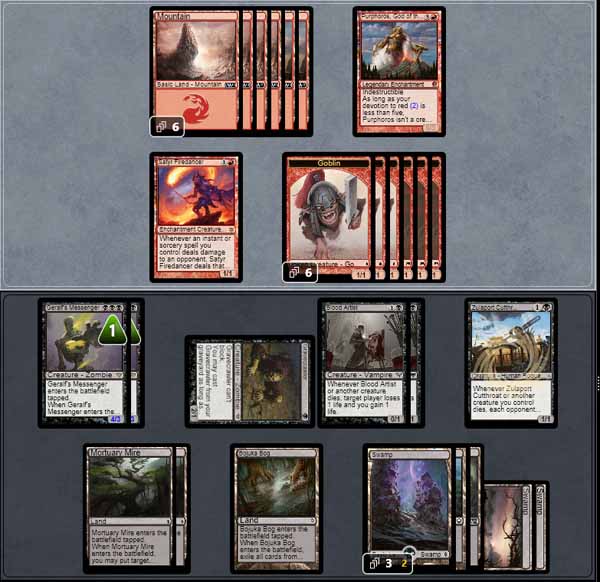 Here is a representative loss. I could not remove the Monastery Swiftspears to save these games! More spot removal in my sideboard now. 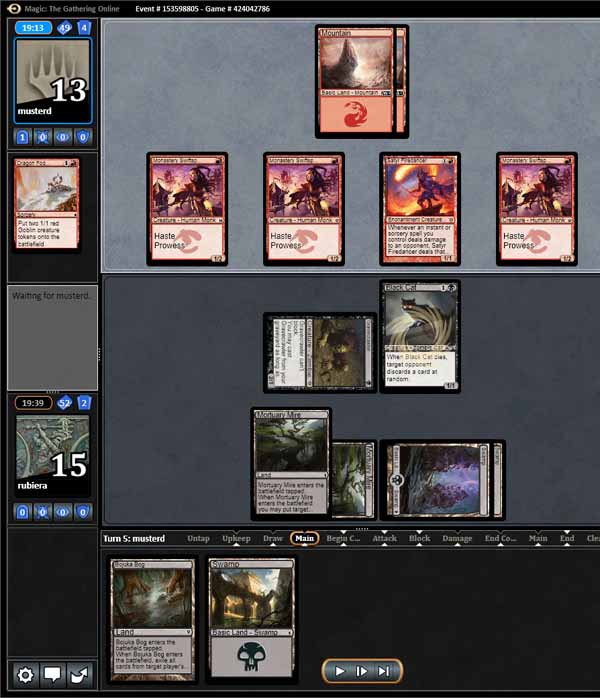 Here is my opponent's swing for the win. 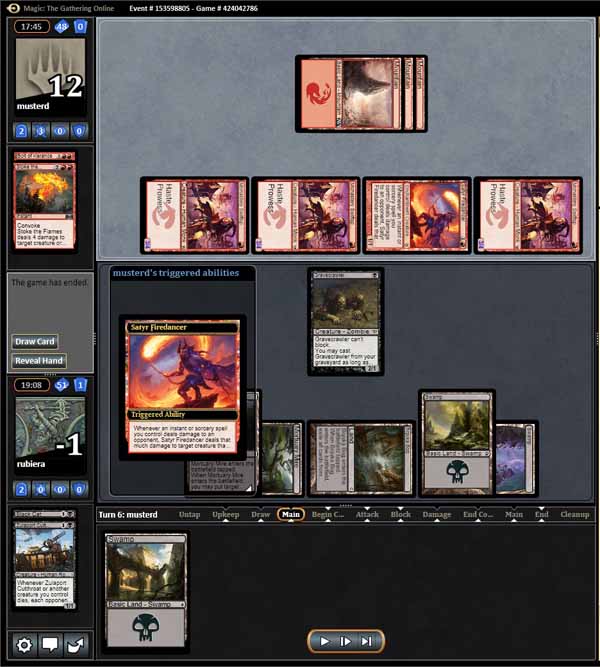 This other loss was similar. All of my opponent's creatures get buffed in the way Prowess buffs. 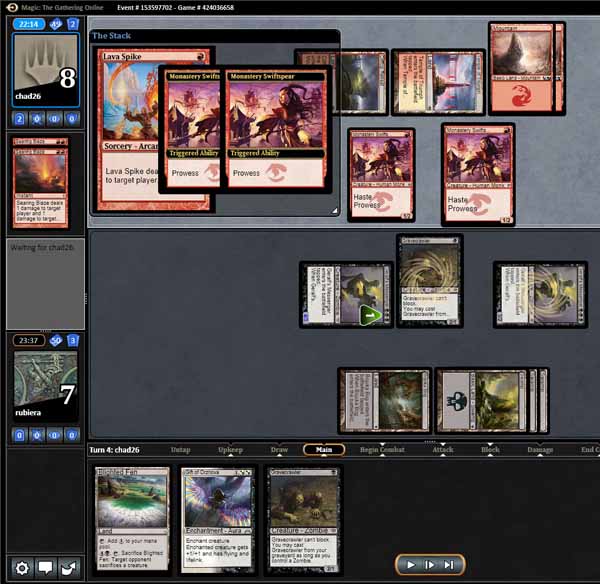 Here is an interesting win. My opponent was open for me to hit for the win even though with their deck they had removed all of my lands! 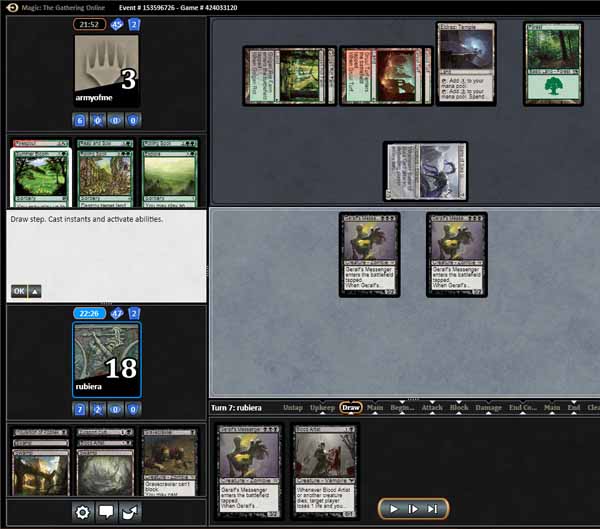 In the second game of the match my opponent came back from 4 to win. I was able to force a random discard with my Zombie Cat. 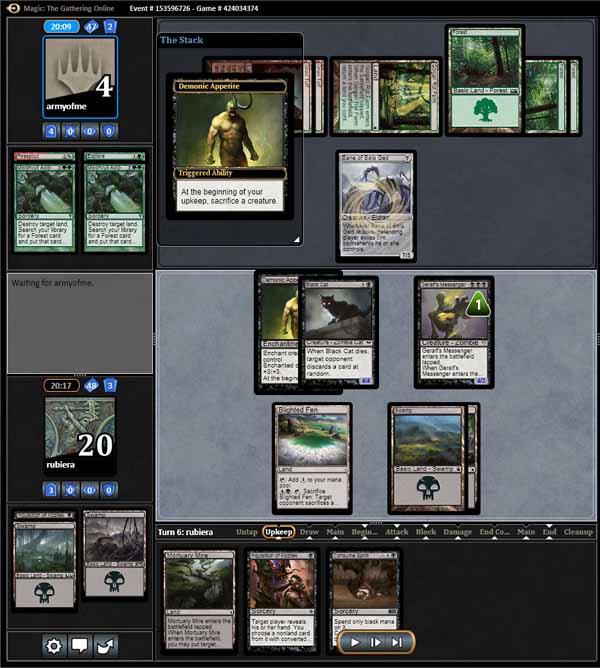 And I survived exiling two of my permanents. 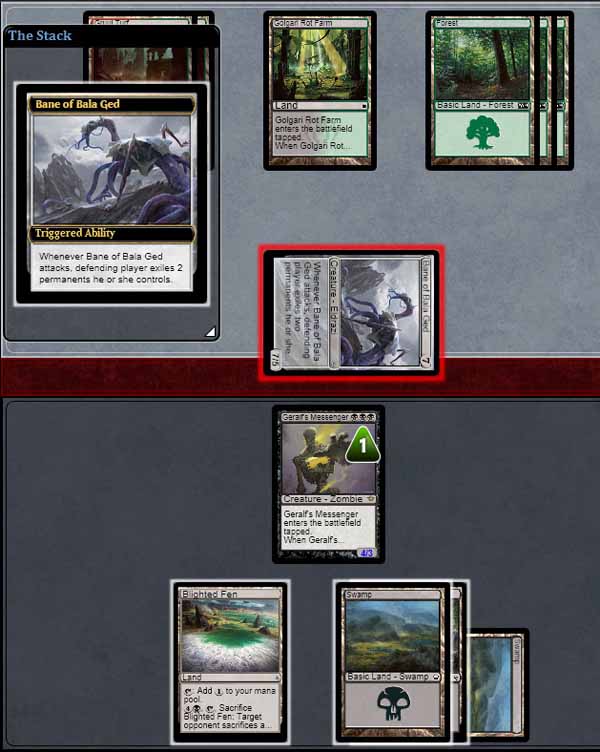 But with Artisan of Kozilek, I was done. 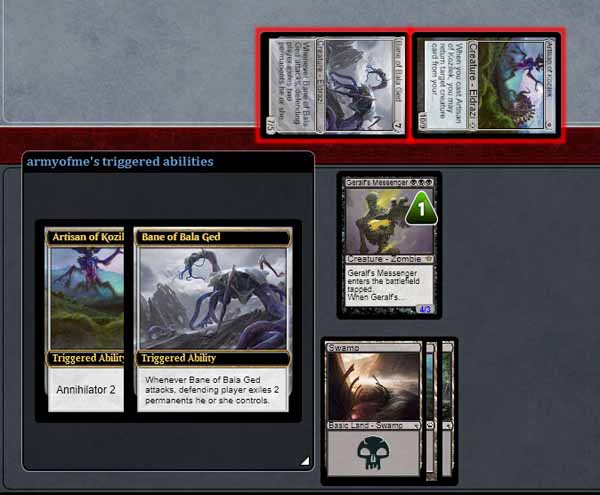 In this other game I won by triggering Blood Artist and Zulaport Cutthroat with Black Sun's Zenith. 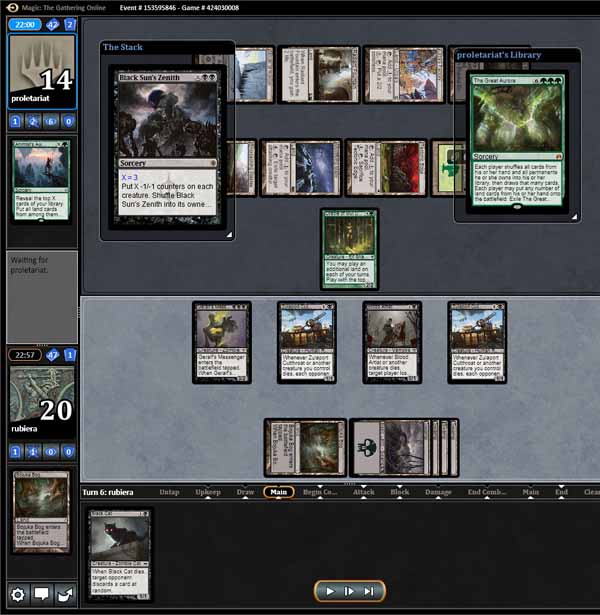 Look at all those triggers!

Here is the next installment for this deck.
Posted by Rubiera