With a slightly tweaked manabase and bringing in Mesa Enchantress, this deck is a ton of fun, and wins lots of games in Just for Fun. Once I am able to combo-off, I am in great shape, and some of the board states are outrageous. I split the post in three parts because of how much action there is this deck's game play. Unless otherwise noted, every game in these posts is a win. This deck was THAT good in Just for Fun-at least for the games I played, it could suck against a bunch of Red Deck Wins match ups. 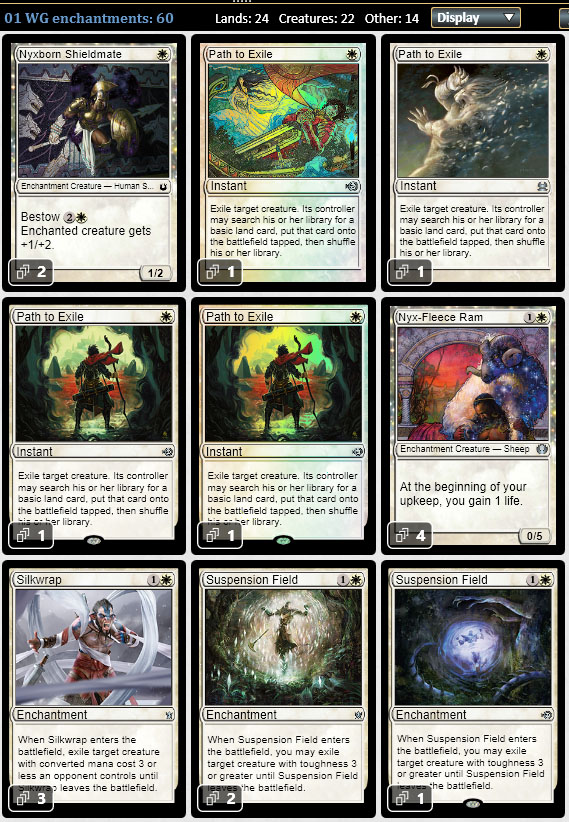 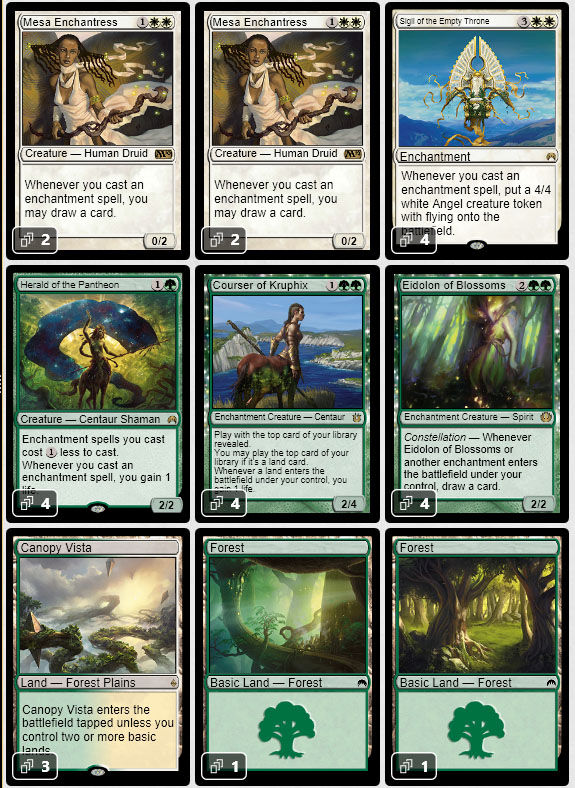 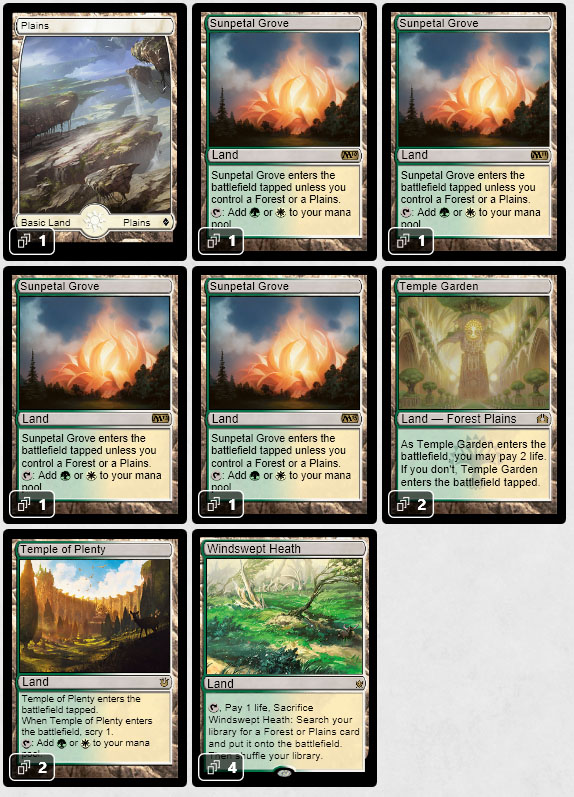 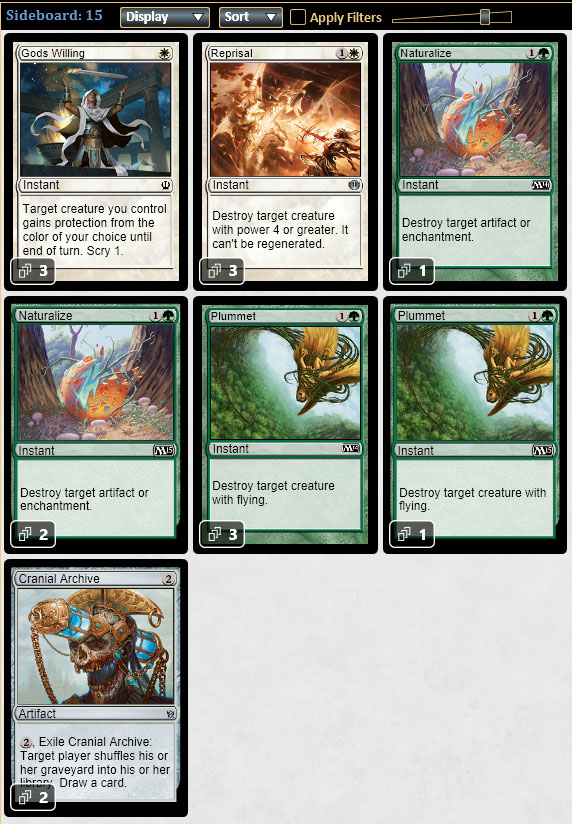 Here my opponent drops Artisan of Kozilek and I play Suspension Field on it. 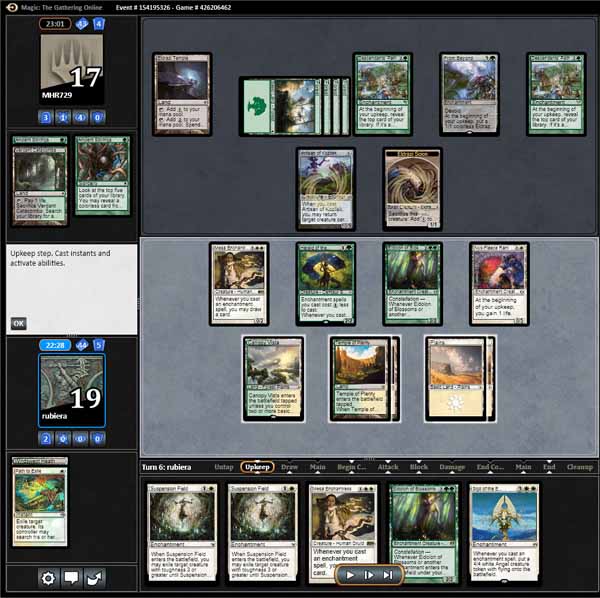 I continue to enchant my opponent's creatures to open up the field for low power hits before I can start dropping 4/4 Flyers. Once this deck is in combo mode, barring an Emrakul or a board wipe, its gg for my opponent. 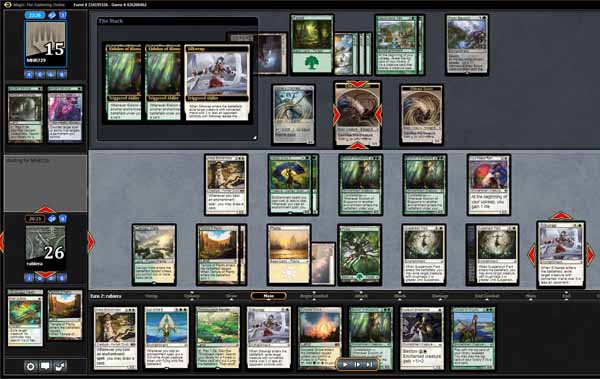 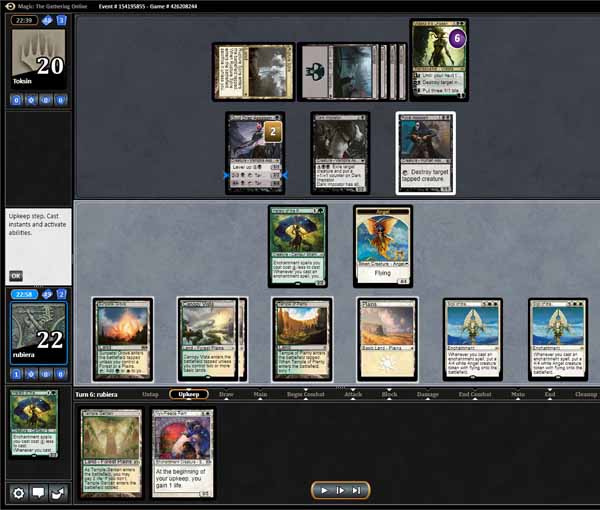 Guul Draz Assassin took out some of my creatures but once I started dropping 4/4 flyers, it was gg for my opponent. 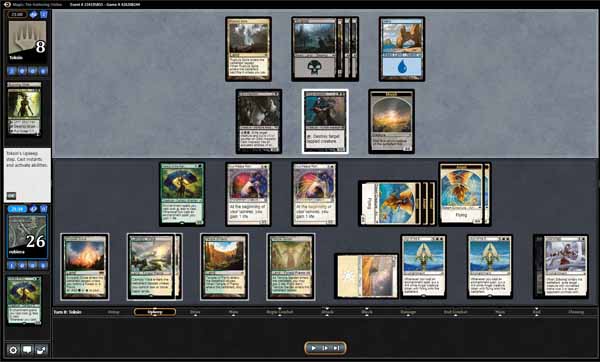 Link to Part 2
Posted by Rubiera