These decks are exquisitely constructed. Not dominant now, most likely not ever given that the deck revolves around dropping a "fatty."

Here are the five decks from the sample of 509 decks I drew out from Wizards early August 2012. I am surprised to see how much variety there is in these five decks. Wurmcoil Engine and Solemn Simulacrum seem to be in almost every standard deck in the current format, yet two of these decks used neither.

All decks "threw the dual lands book" at the problem of dropping a fatty three-color planeswalker. 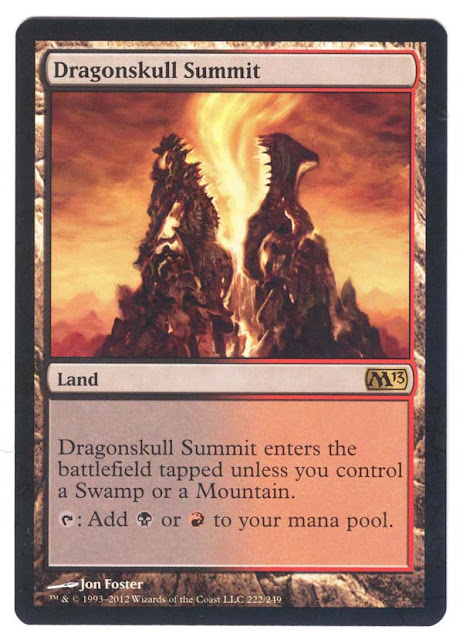 Here again in the "other spells" section we find a lot of variety. Clearly if you want to drop a fatty you need some serious heavy hitters guaranteeing that your game will survive many turns. 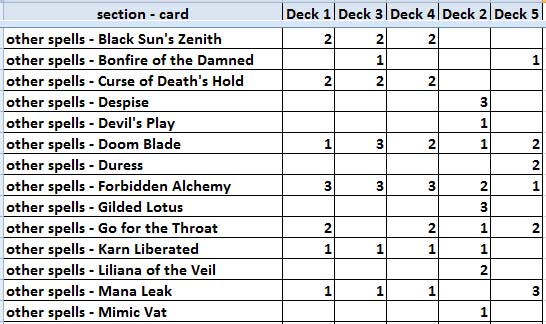 And in the end all you need is one Nicol Bolas, but four of the five decks went with two. The lone Sever the Bloodline is good against white token and Goblin token decks. 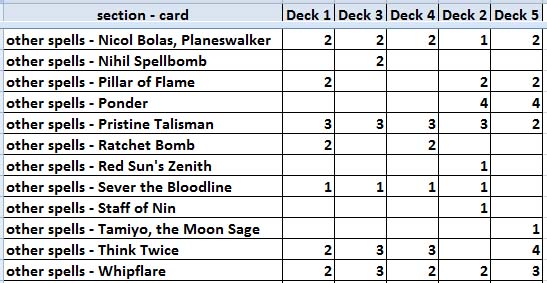 The sideboards show many ways to protect against the various aggro and fast decks and the need to cover the mana base for three colors. 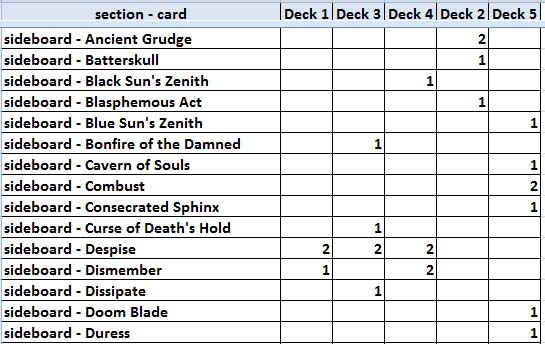 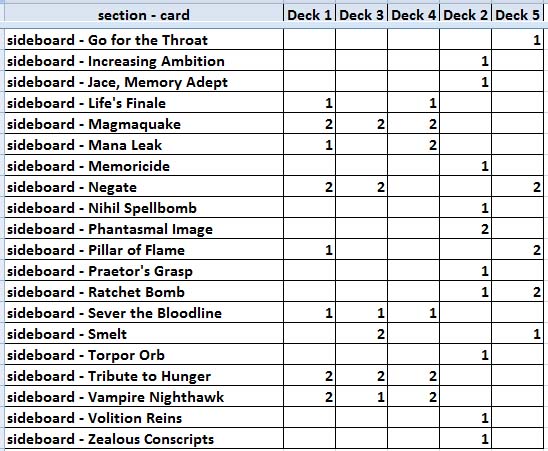 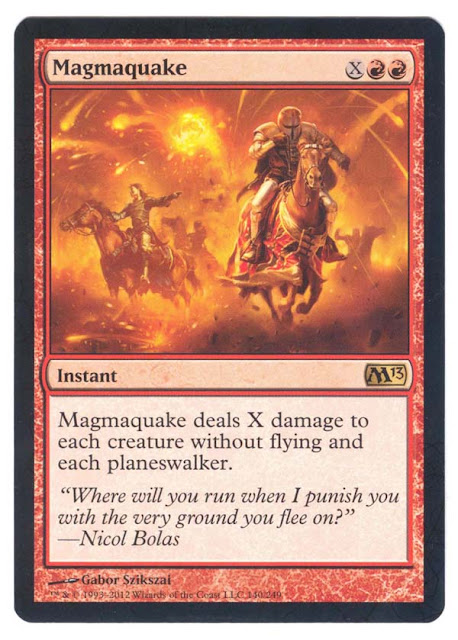 I played a mono black deck against one of these decks. I lost 1-2, and only in the third game, shown here, did my opponent get to play Nicol Bolas. 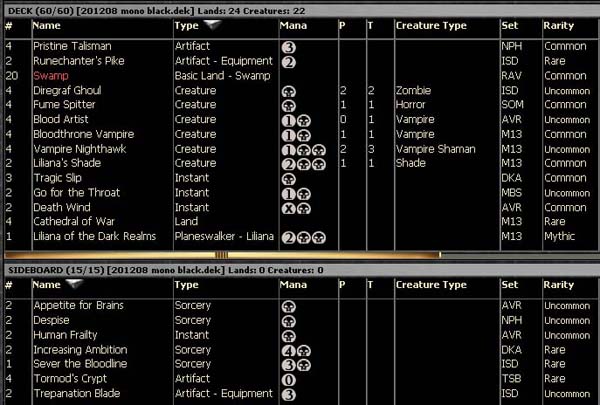 I fought hard: here I send a Solemn Simulacrum to the graveyard. 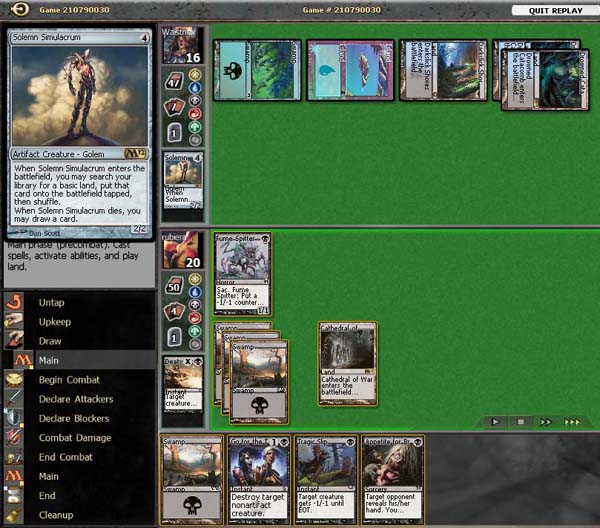 And I exile a Curse of Death's Hold with Appetite for Brains. 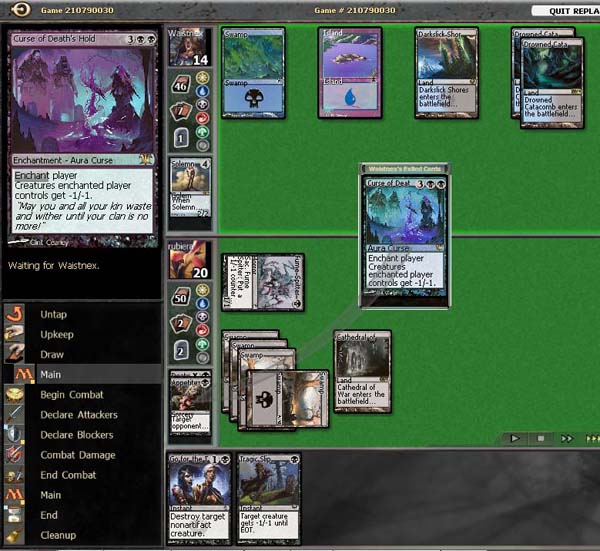 My opponent uses Mimic Vat to mimic one of my Fume Spitter. 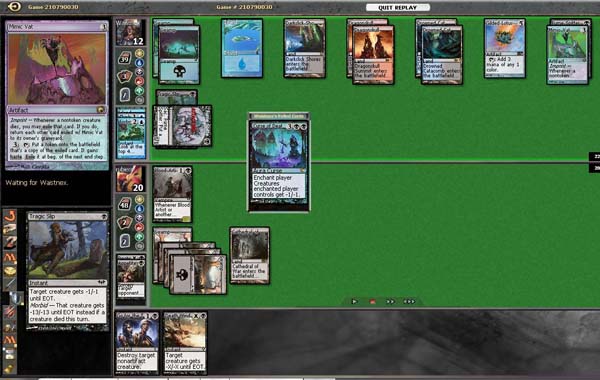 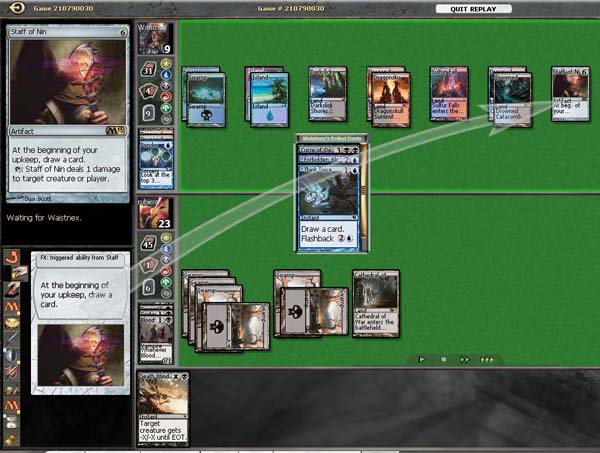 I even exiled my opponent's graveyard. 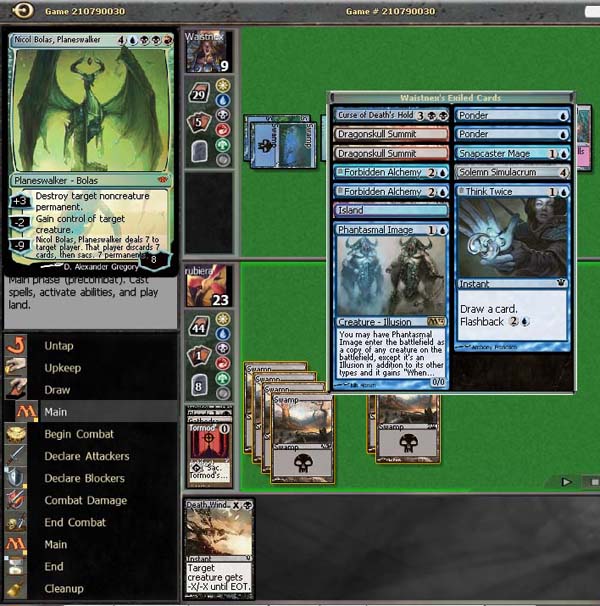 But the combination of two Wurmcoil Engine (one via Phyrexian Metamorph) and Nicol Bolas against me running out of creatures was just too much. 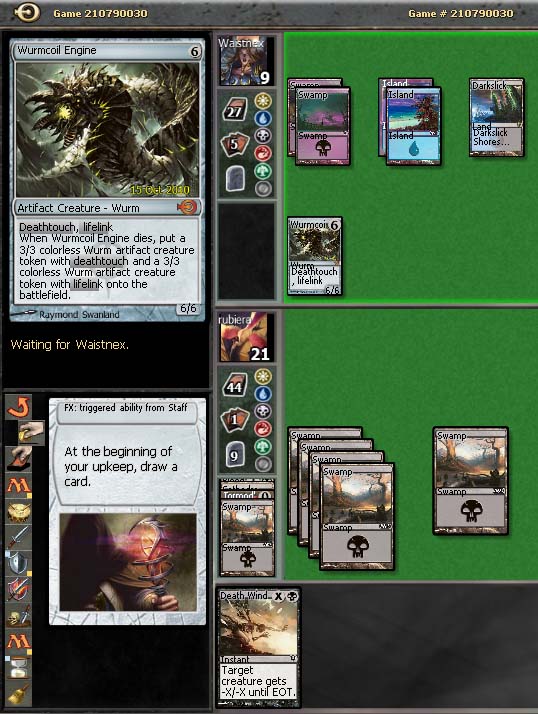 This is what Nicol Bolas can do: "7 to target player. That player discards 7 cards, then sacrifices 7 permanents." It is definitely "GAME OVER." 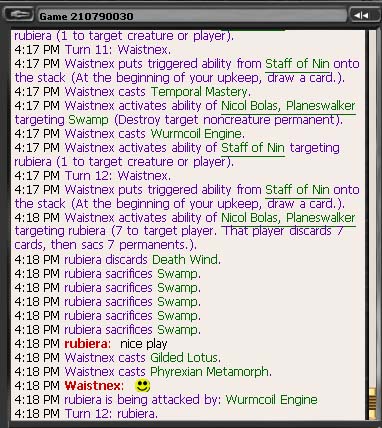 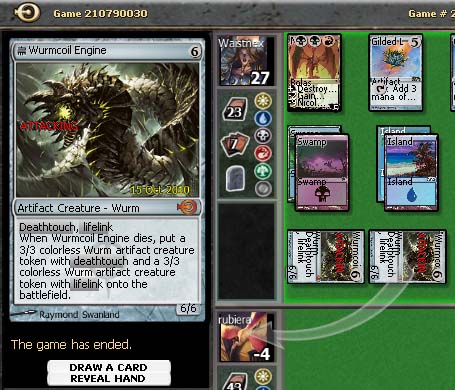 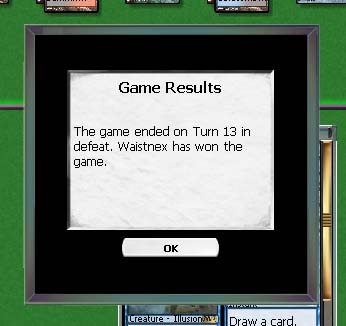