I used several variations of this blue black deck. I try to make my opponent discard 10 or more cards and then I play Jace's Phantasm, a 1/1 that becomes a 5/5 under this condition. I am using Mind Sculpt for 7 cards at a time, and if I get to play my one Jace, Memory Adept, I can drop them 10 at a time and try to have my opponent discard the entire library. I have not been able to do the latter, and, interestingly I did lose this way once this week. 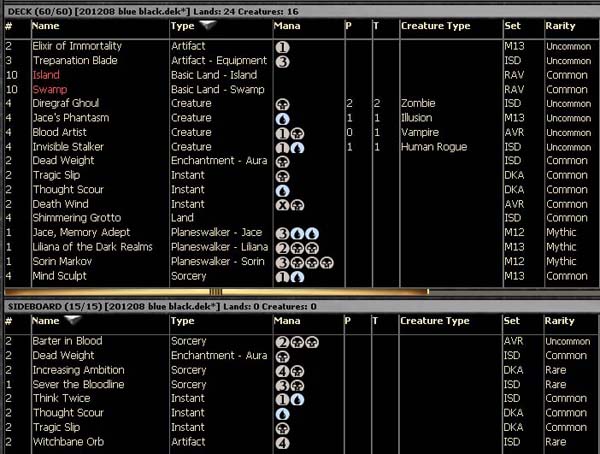 I am surprised by the preponderance of blue but shouldn't since Delver of Secrets decks are still very popular. My opponent conceded but I wasn't sure I would win. 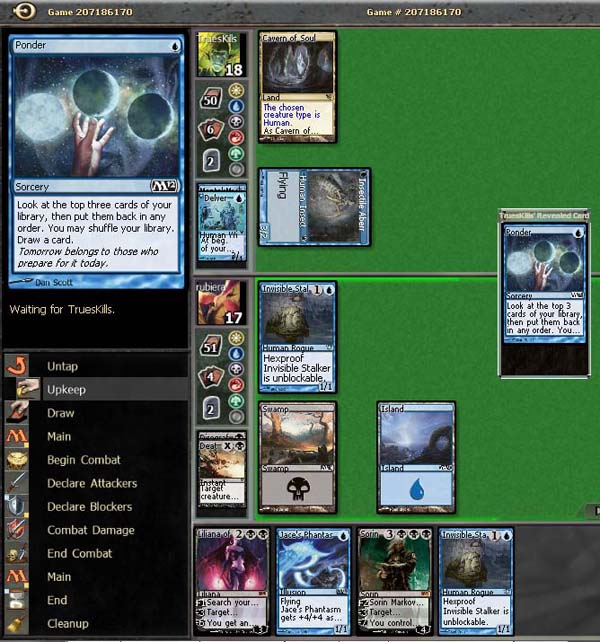 Invisible Stalker is hexproof, but it take one life each time it attacks: a very slow way to win a game. 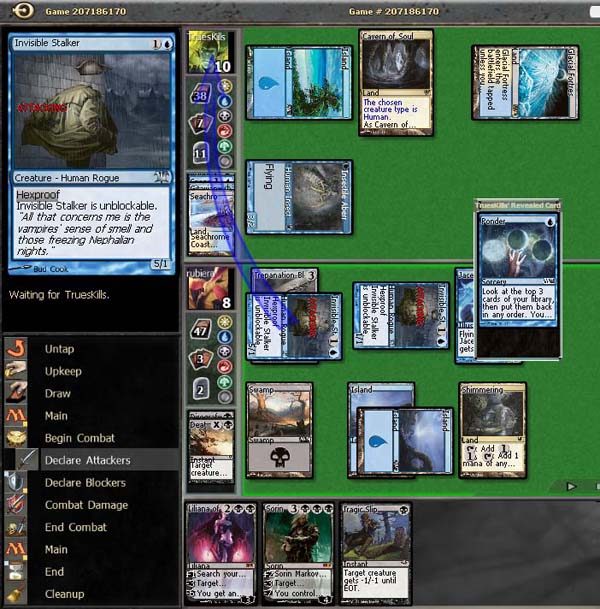 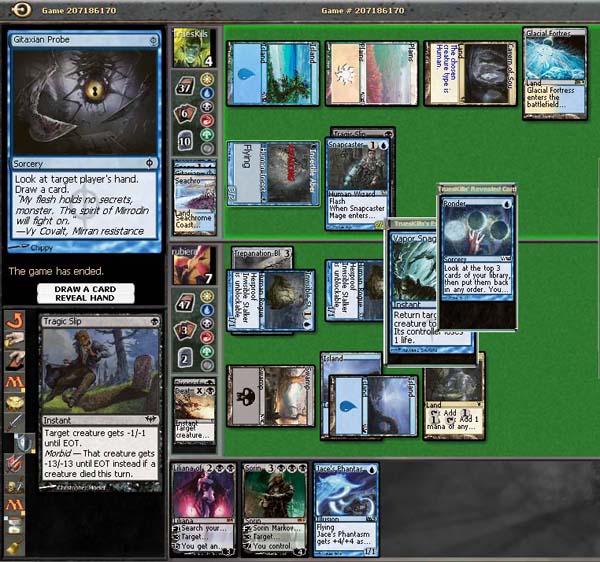 Here is another game. I got to play three Invisible Stalker, but my opponent's Jace was well protected. 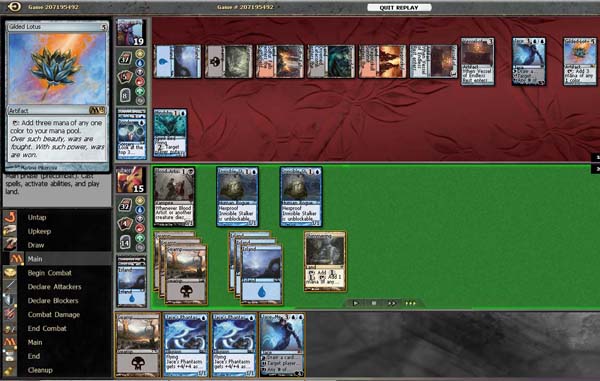 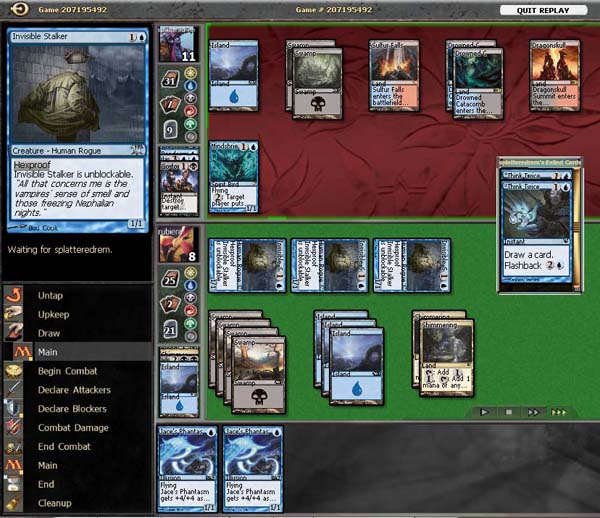 Devastation Tide is very disruptive. It forces me to play my hand again. 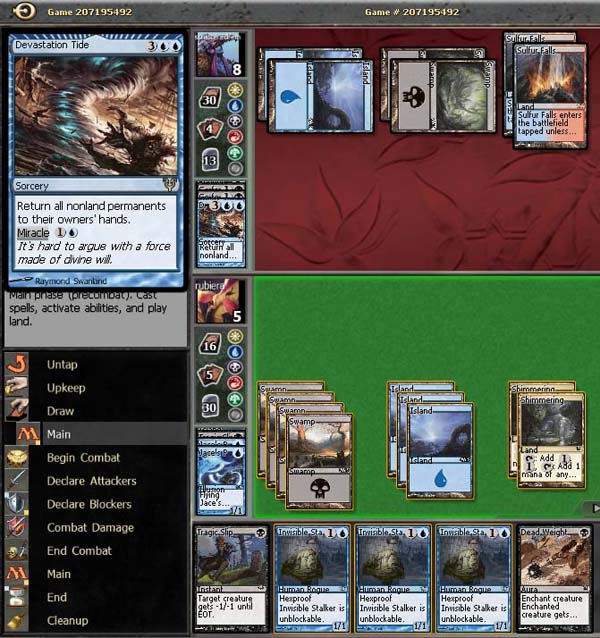 And then Nicol Bolas gained strength unattacked and my opponent was able to play for -9 loyalty points the game winning ability "Nicol Bolas, Planeswalker deals 7 to target player. That player discards 7 cards, then sacrifices 7 permanents." A permanent is any card that remains in the battlefield when played (land, creatures, and artifacts). 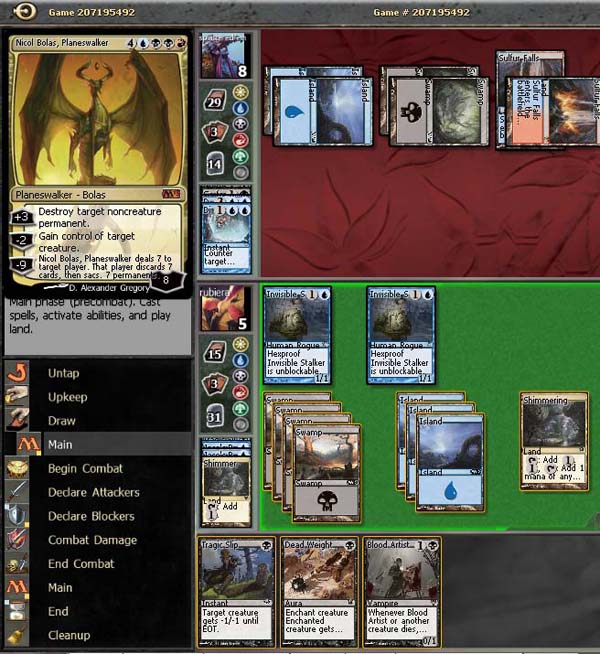 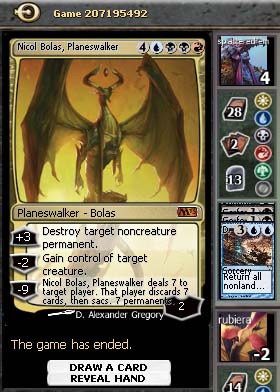 Here is a black aggro deck. I lost both games in the match very quickly. 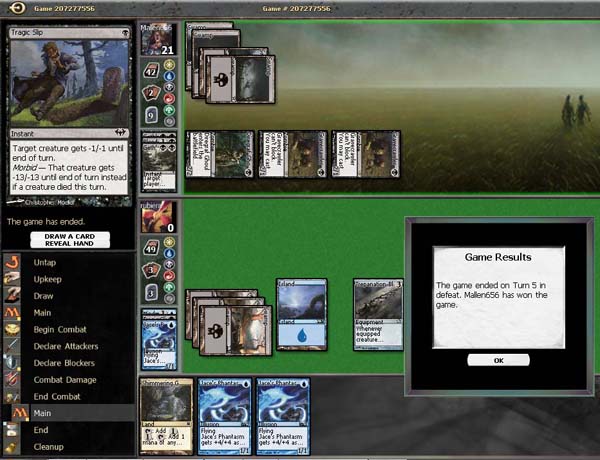 Here is the second game against that black aggro (aggressive) deck. 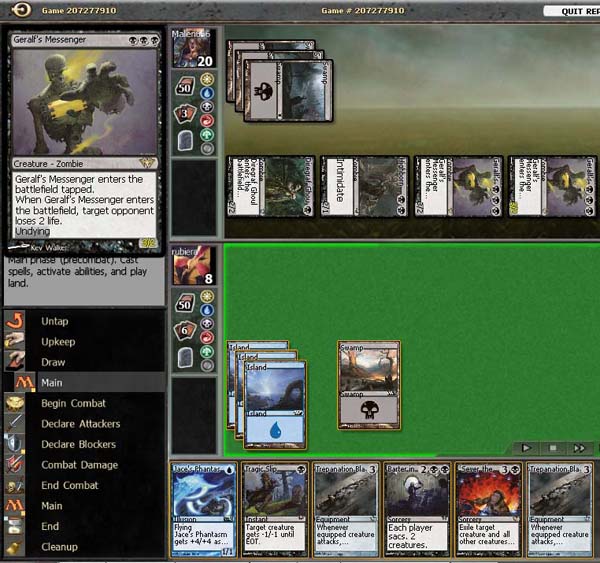 Here is play against a Huntmaster deck. 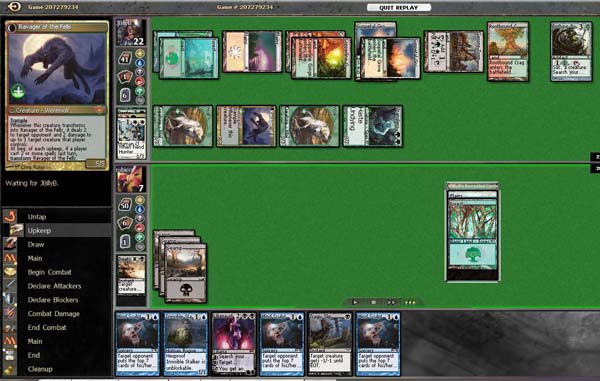 This deck had Solemn Simulacrum, and Spheres of the Sun. Latter can add mana. 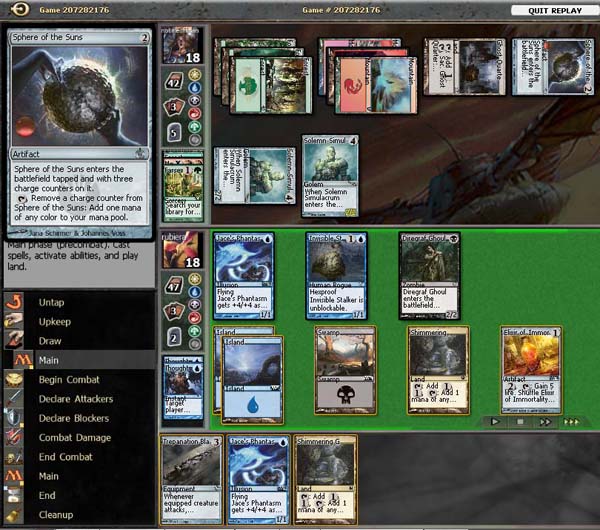 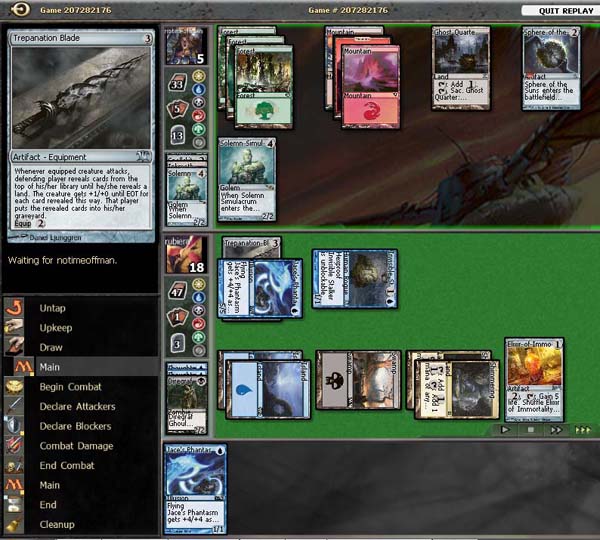 I was able to win this game. If my opponent does not have cards that get boosted from the graveyard or big players like Grave Titan, I can have them drop 7 cards every time I play Mind Sculpt and then my Jace's Phantasm hits them for 5. 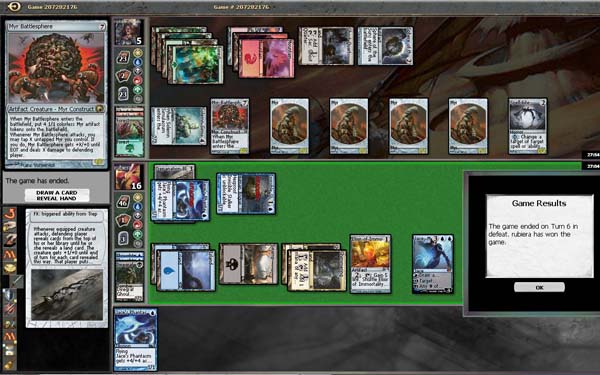 Here is a game against Blade Splicer, which drops a 3/3 Golem artifact. I lose to this type of deck every time. 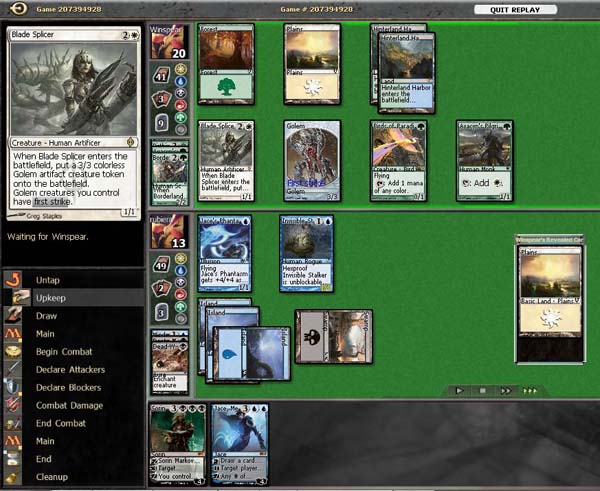 My opponent also had an Elesh Norn, gives my opponent's creatures +2/+2 and mine -2/-2. I have several creatures that are in the 1 and 2 range. This card makes my late play very hard. I lost this game. 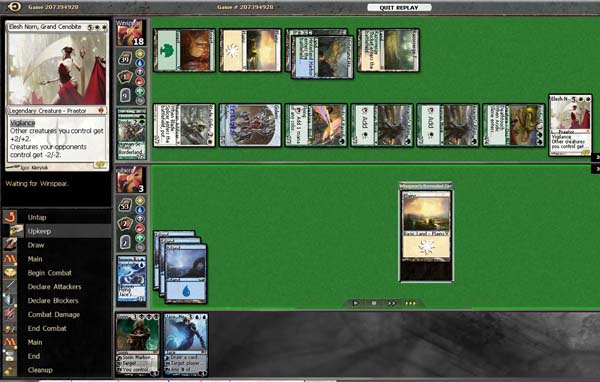