This deck was playing several of Pristine Tallisman. 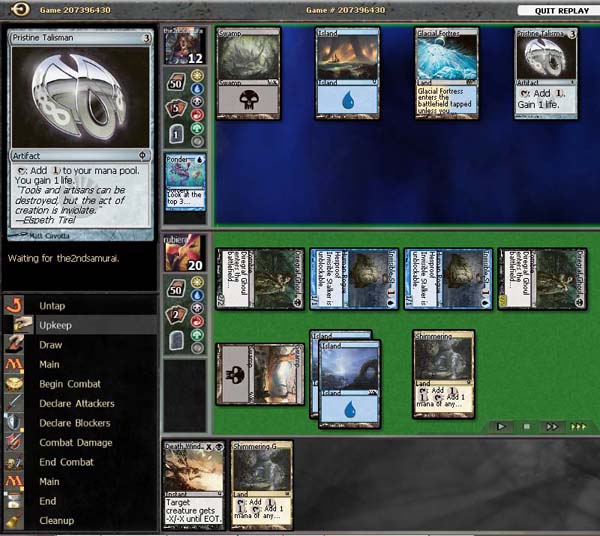 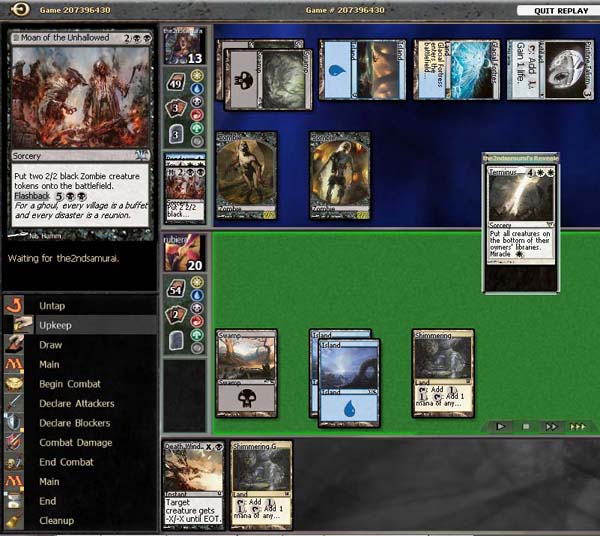 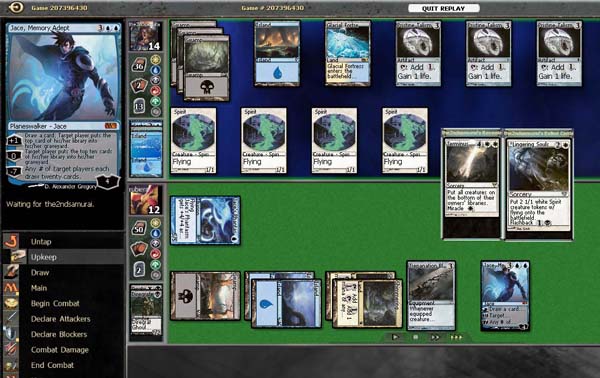 My opponent gained a lot of life tapping those Pristine Talismans. My deck is too slow to recover against such a high life count. 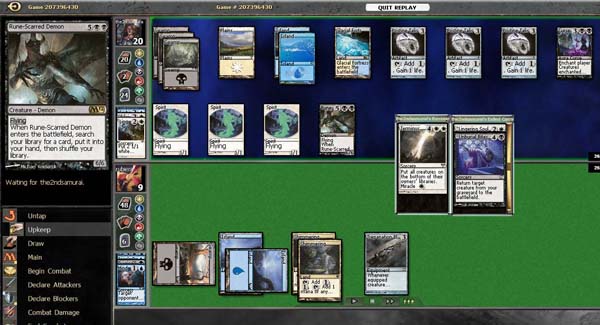 Here is one of many decks I have played against using Oblivion Ring, which captures one of my key cards and because I don't have any enchantment removal cards, I lose those cards for the rest of the game. Here its my Jace that gets trapped. 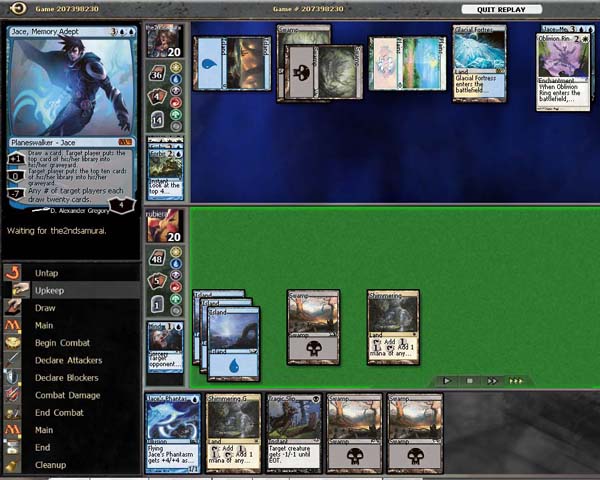 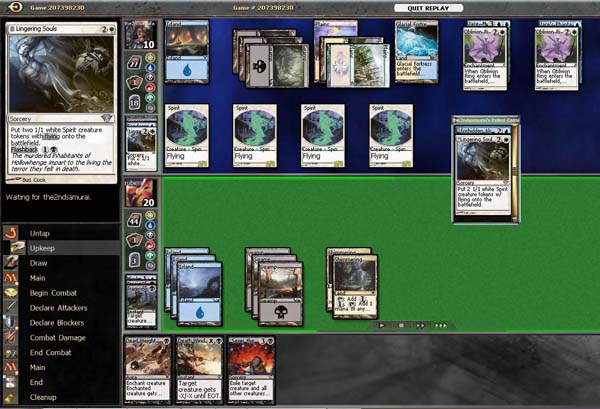 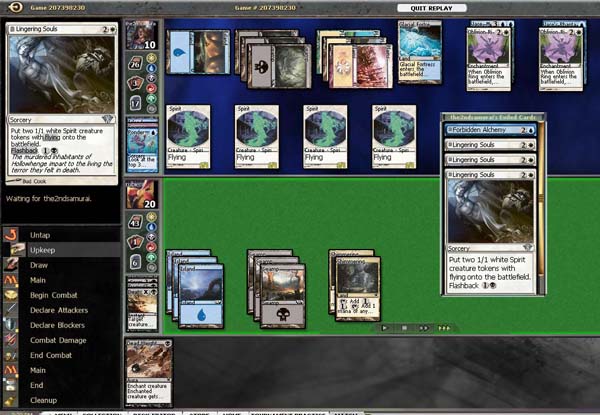 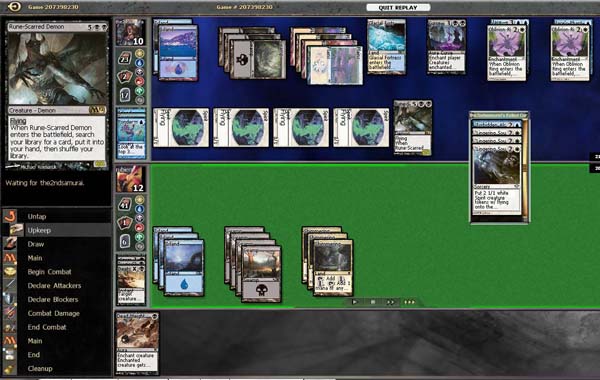 My opponent played Curse of Death's Hold, which reduces all of my creatures -1/-1, and can act as a partial board sweeper if 1/1 creatures is all I am playing when it enters the battlefield. 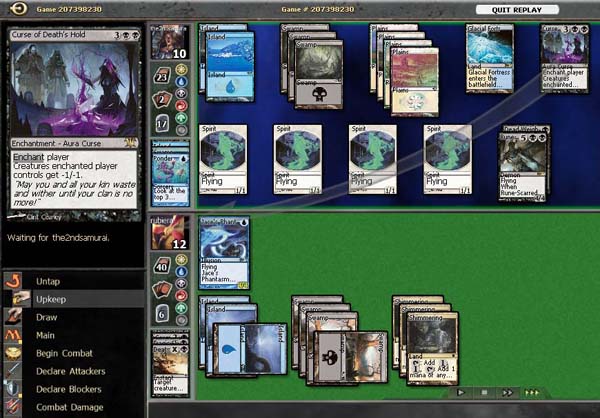 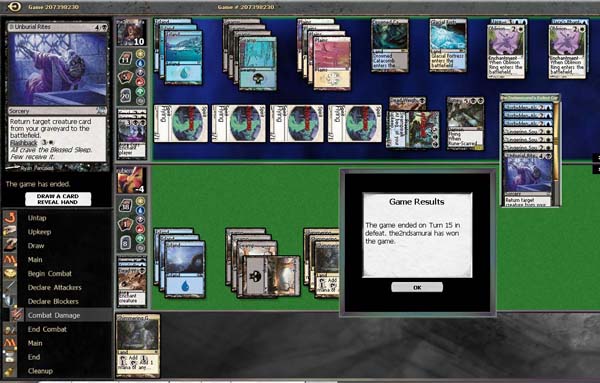 Here is a deck playing Thalia, Guardian of Thraben, which forces me to use one more mana for my noncreature spells. This card stalls my game every time....and I never recover. 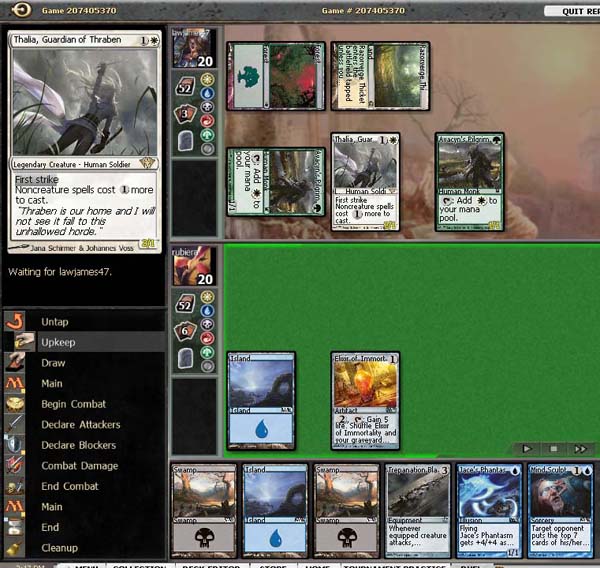 And then with Silverblade Paladin's Soulbond ability of double strike, I lose quickly. 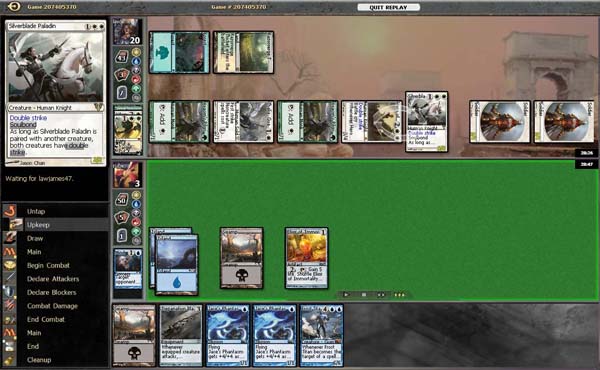 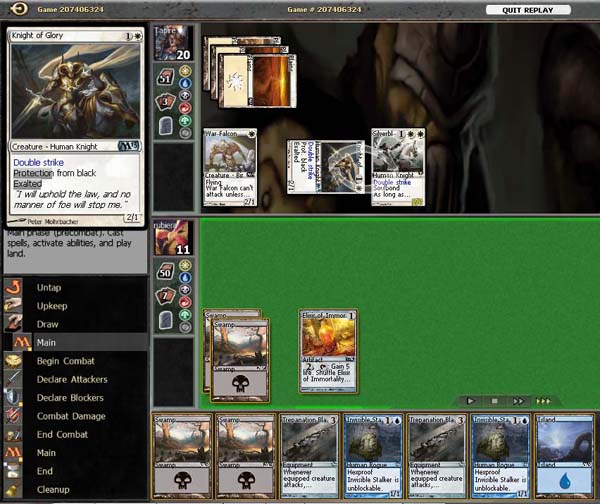 Here is game play against a deck using Grave Titan. I only have one of these in my deck because of my plan to redeem M12. I could use a play set of these given how much of a beating I take against it. I hope Return to Ravnica has a card with similar qualities. 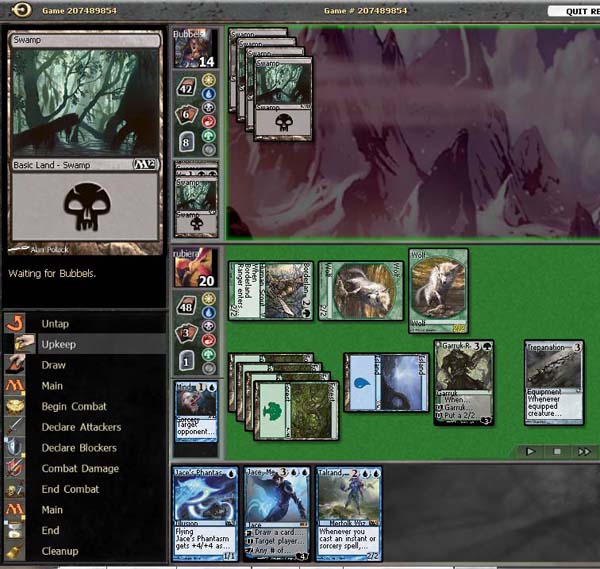 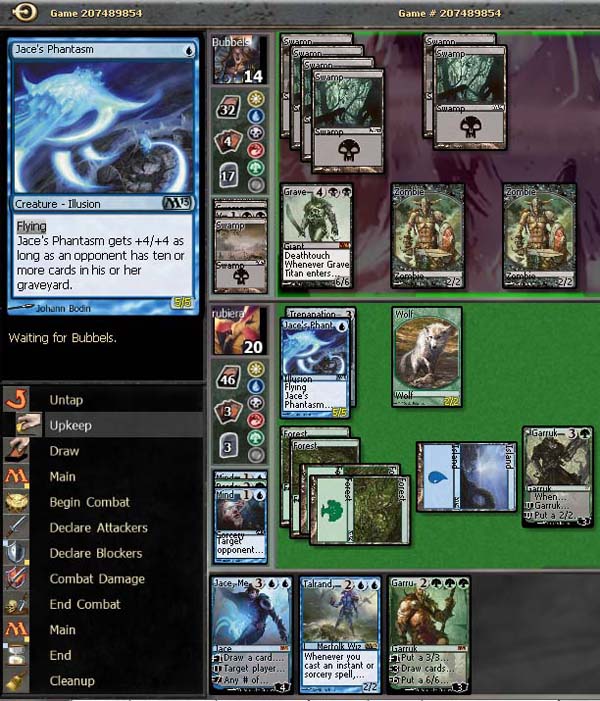 Even though I was up 14 to 8, my deck completely stalled and my opponent had built a wall of creatures: game over. 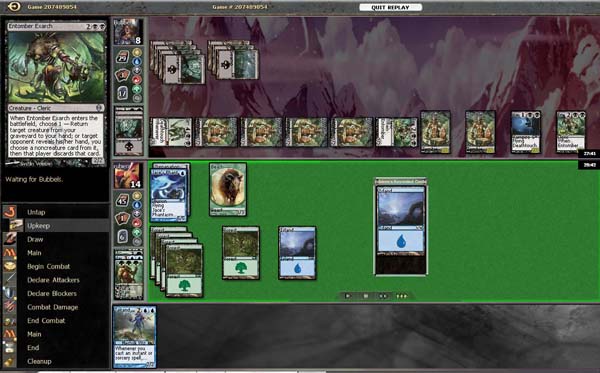 Here is a game against a Liliana. I find this planeswalker to be a big threat even though it has not seen a lot of tournament play. 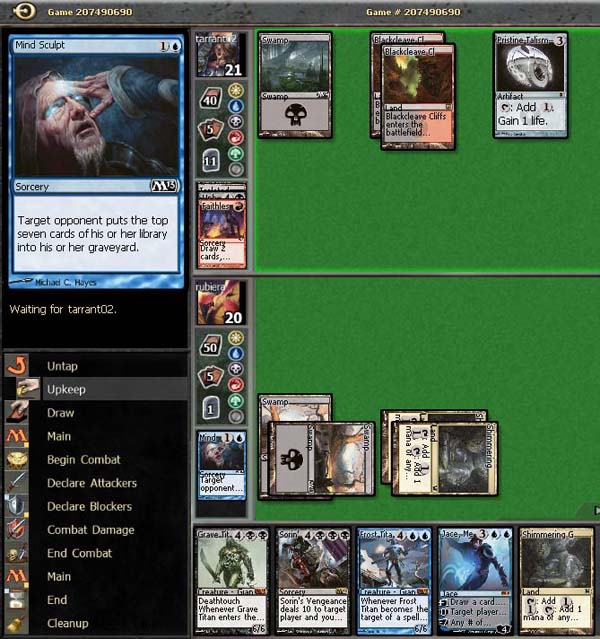 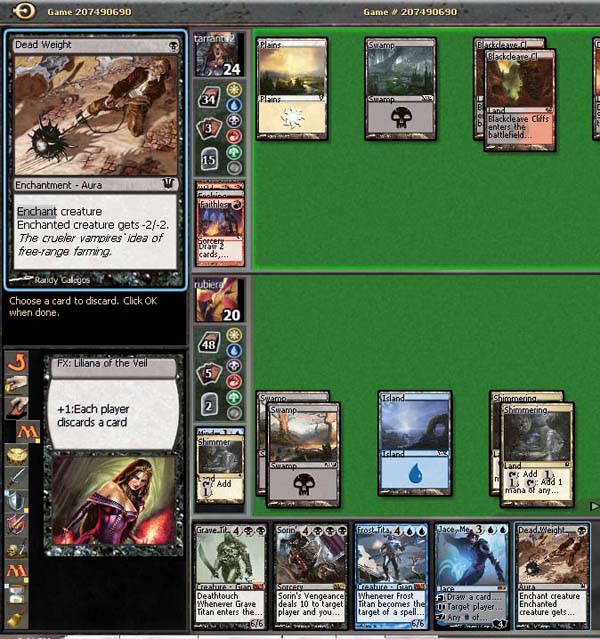