With 75 sets released to date, Magic has a depth in design that rivals in complexity many other established forms of design. I looked in Gatherer at all the cards that have been issued to date that are white creature cards with CMC = 1, or a single white mana cost to cast.

Here is a foil Champion of the Parish. 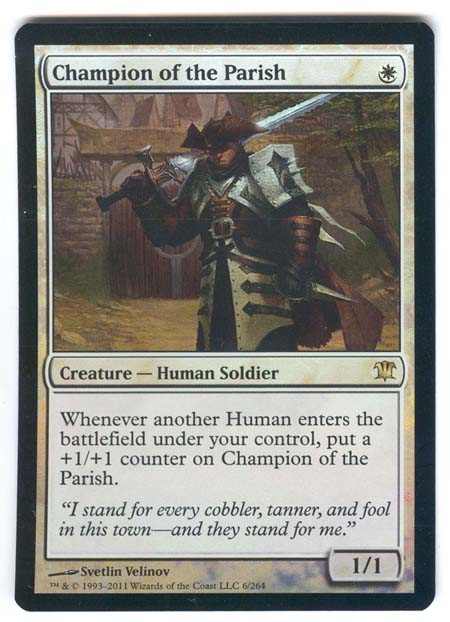 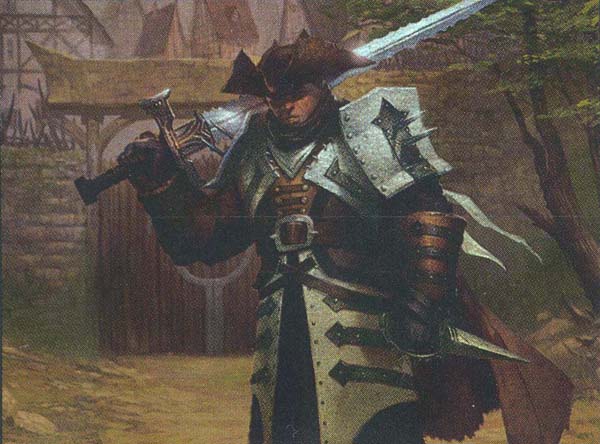 Besides the (1,1) creatures, there have been creatures issued at other (P,T): walls, defender, and aggro cards. 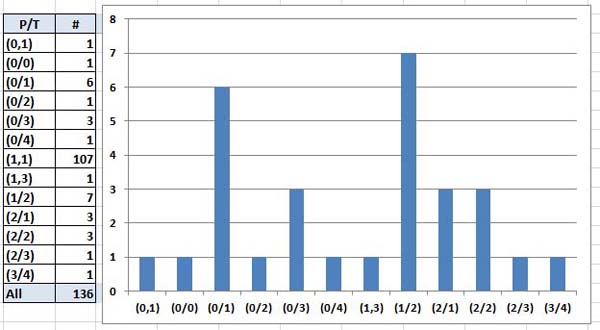 These creatures don't have any special abilities. 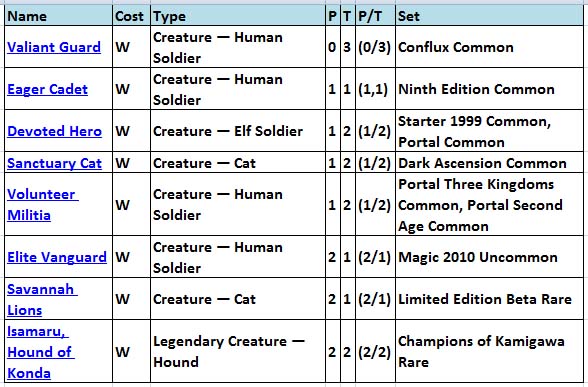 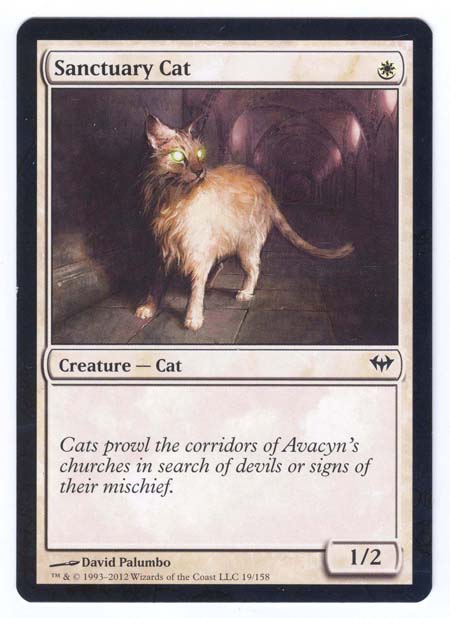 These creatures have an array of abilities in older sets that I have not encountered in Standard. 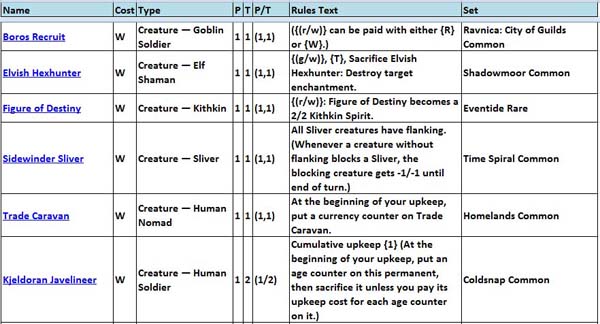 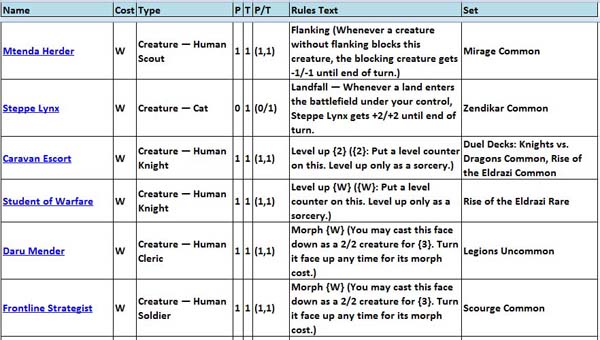 Here is the rest of the range. I have grouped these by ability, although some abilities combine multiple abilities.

Adding P/T is a common ability in these cards. 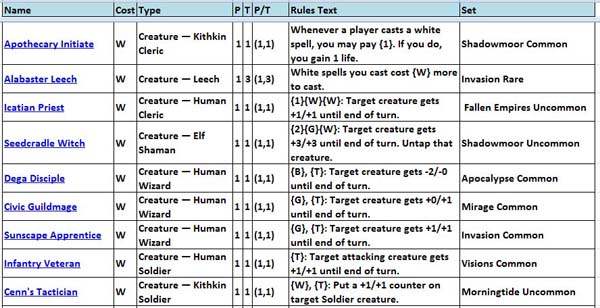 Here in some cases damage can be prevented.

Here are the Defender creatures.

Some of these creatures require discarding a card. 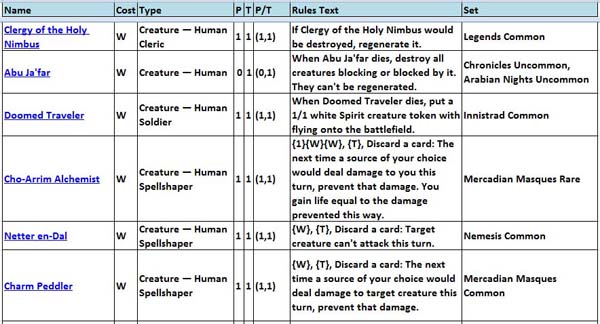 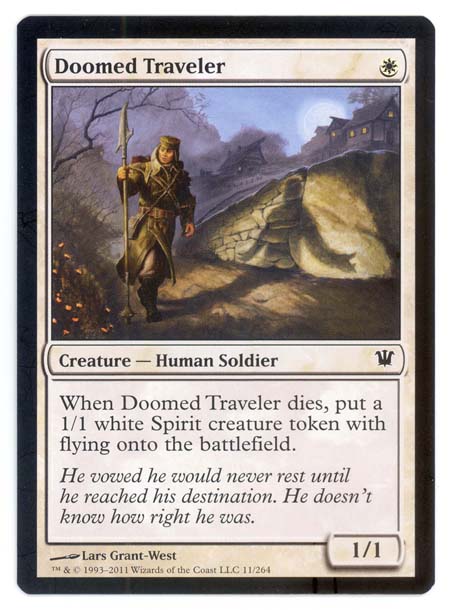 There are also cases when there is a reward for discarding, or when the creature has double strike.

There is also a way to gain life when a specific type of card enters the battlefield. 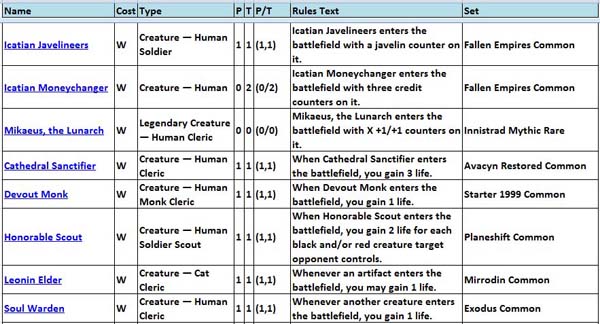 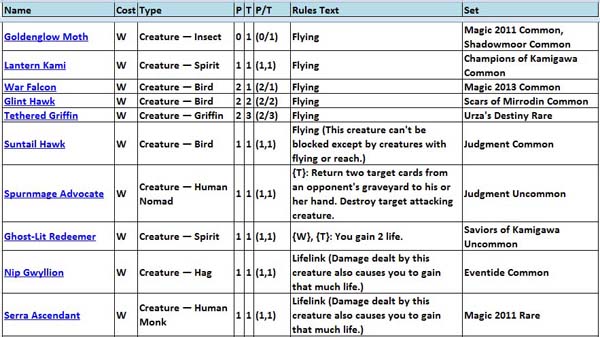 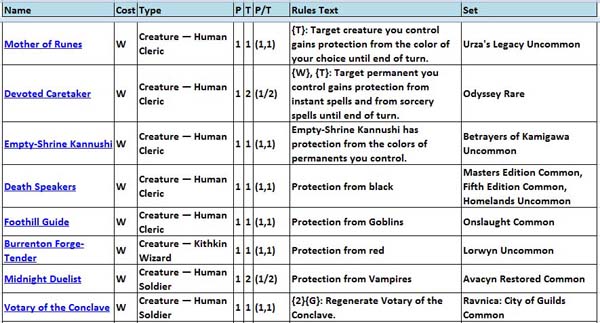 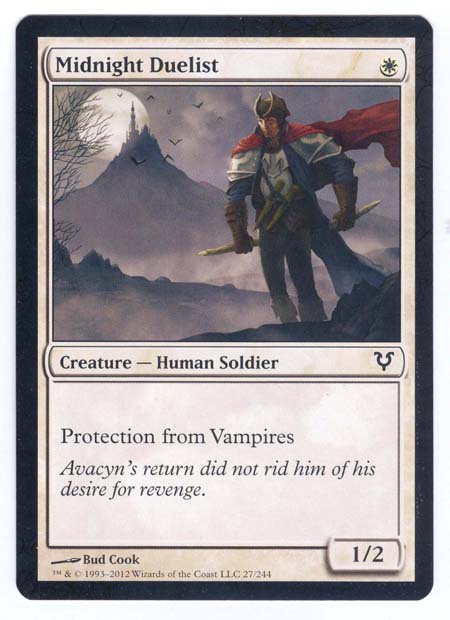 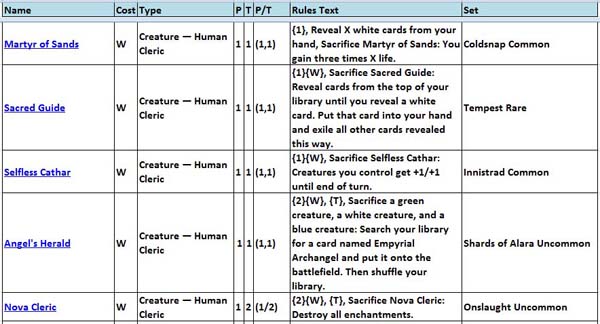 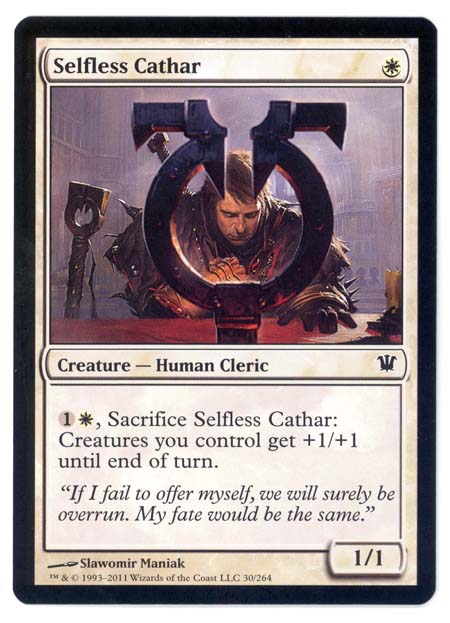 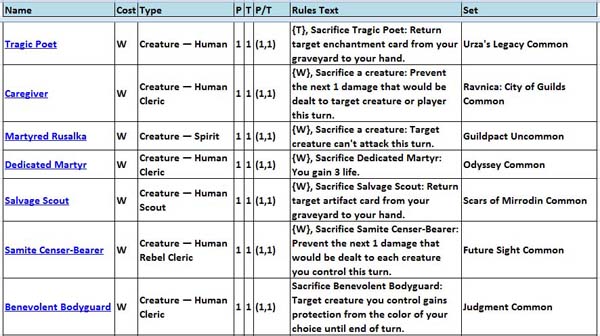 And when it comes to deciding which cards are best in a cube, there is a very wide range to pick from for every type of card. Just for W creatures here you have at least 100 creatures with abilities that fit with other creatures. (Maybe not banding or some of the older abilities that have not been brought back in recent sets.)
Posted by Rubiera