This deck has done really well in tournament practice: it loses late in the game. By now almost any deck that is not a Restoration Angel/Thragtusk/Loxodon deck, or is not some type of a Geist of Saint Traft deck, or is not a Red Deck Wins (RDW) deck just does not have a chance to win. This is the nature of tournament play: a few decks take over, and all other decks run for cover! Still, I have had lots of fun playing this deck: my $15 deck against their $200 deck.

Here is the deck. 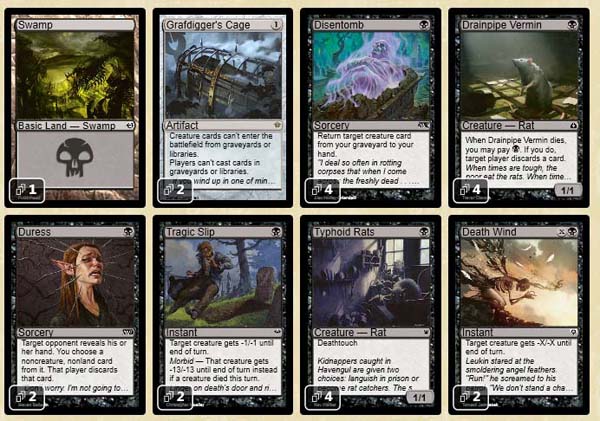 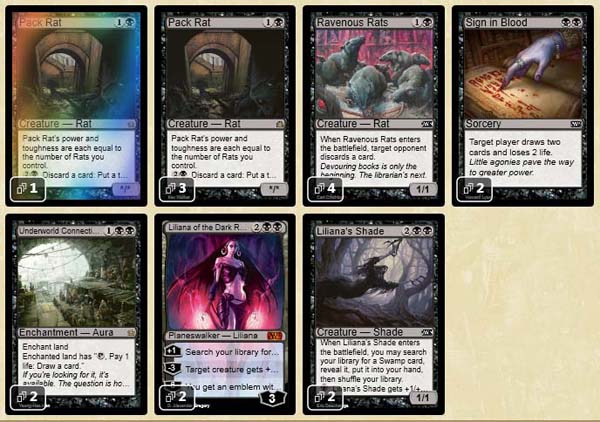 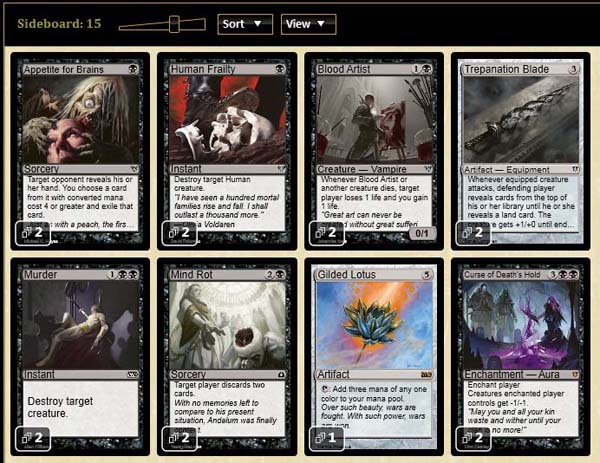 Here are many more test hands without mulligans.

Here are my starting hands from many games I played yesterday.

This deck has sufficient mana. I can only play four Pack Rats. I am maximizing all rats in ISD+RTR already. The same applies for Dissentomb. Graftdigger's Cage is not doing anything for me in this deck and between Murder and Tragic Slip, I need to pick Tragic Slip because of how aggressive this deck needs to be to get the rats on the board. Appetite for Brains has served me well with the fatties. The Lilianas (planeswalker and shade) are essential. Same is true for Underworld Connections. What I am missing is a game finisher (a bomb). 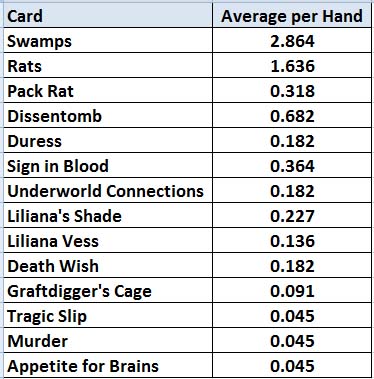 This deck is all about getting Pack Rat to reproduce and to get high P/T by having many rats on the board. Everything else in this deck is a build-around Pack Rat. Here are examples of the cards in action. 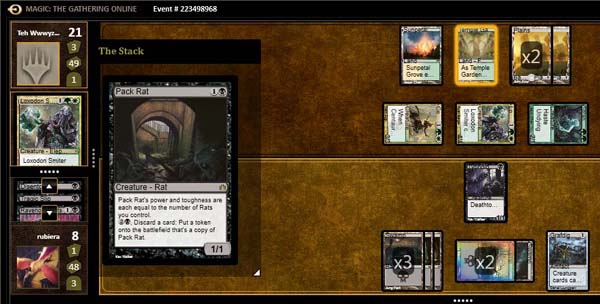 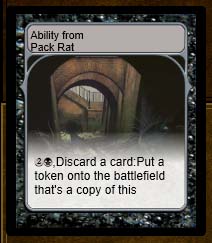 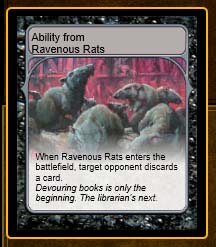 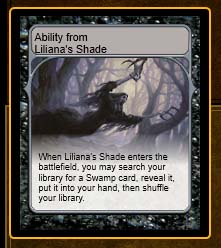 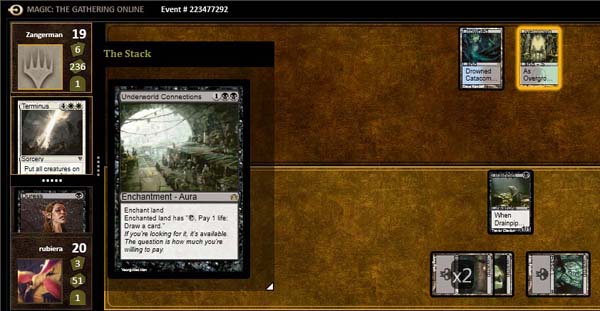 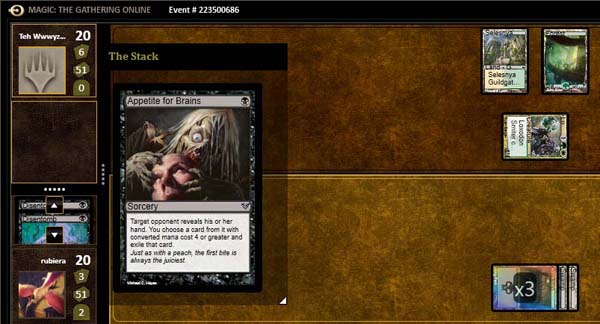 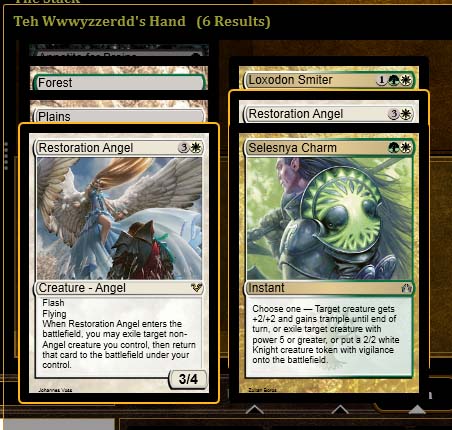 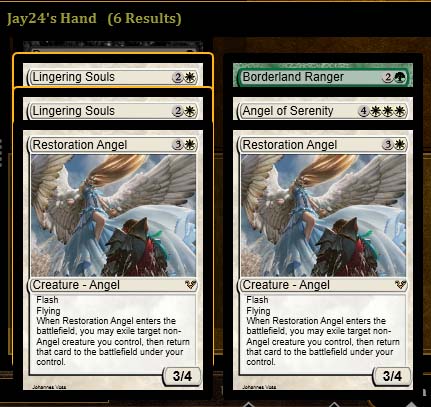 And here are some of the threats I have encountered (and lost to!!!).

Detention Sphere can take out my Underworld Connections. 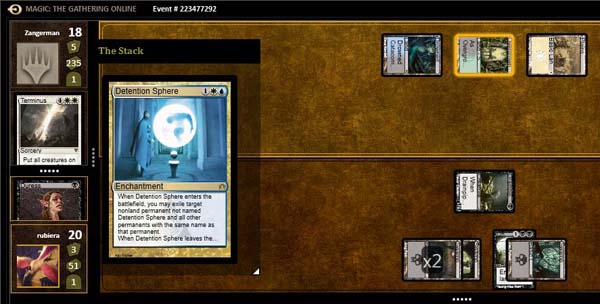 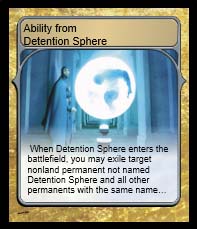 The aggro Selesnya decks pack one hell of a punch. 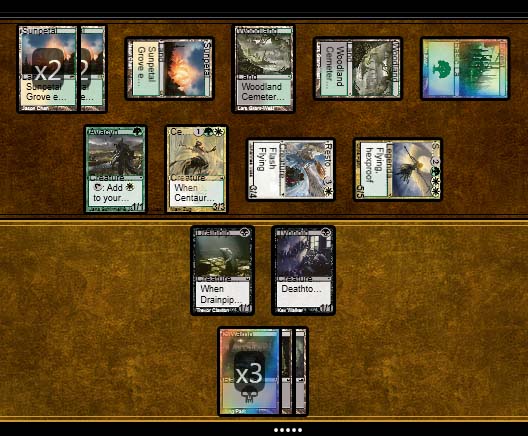 Angel of Serenity can capture three rats in one go!!! 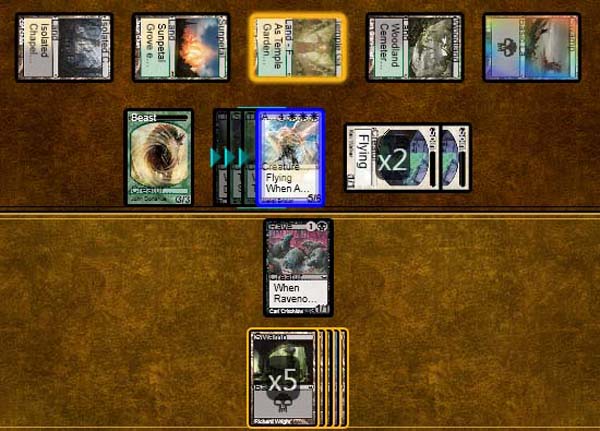 And the cards in the current Red Deck Wins are quick and powerful, with efficient removal too! 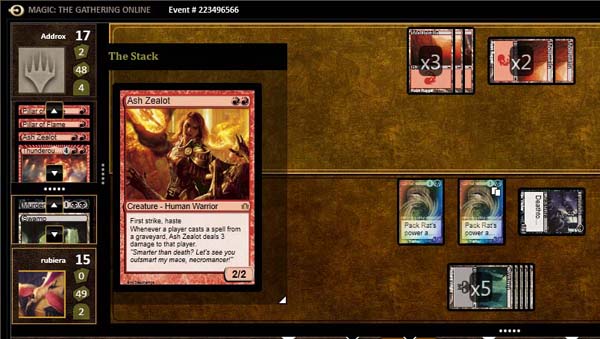 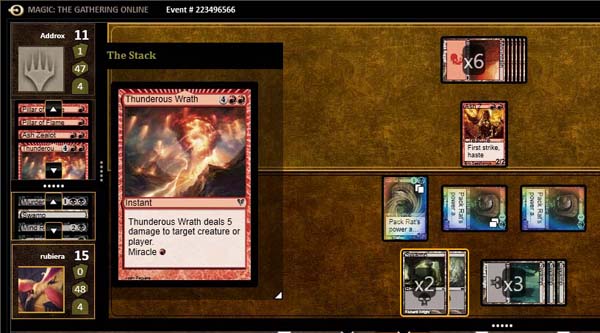 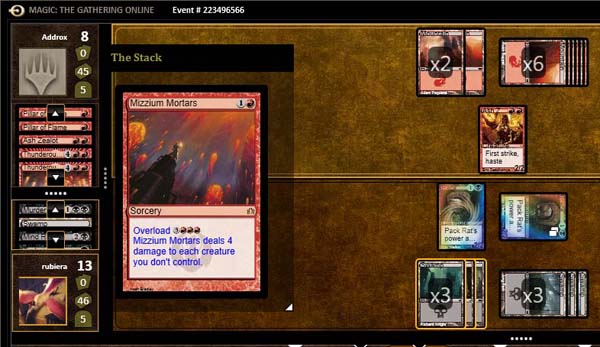 And here is the final version of the deck after additional play in tournament practice. It now has more life gain and a bomb. I took out Grafdigger's Cage only to come across a deck that needed it, and so it is back in for good. 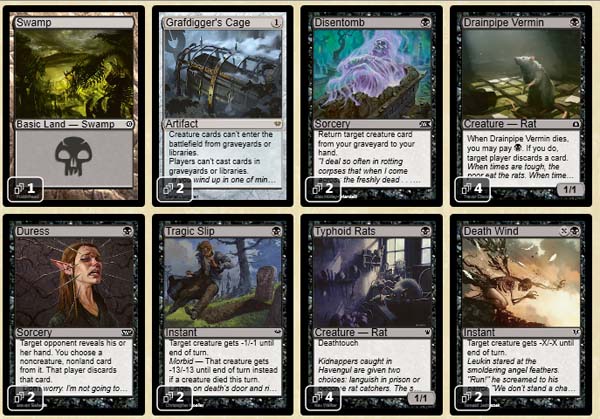 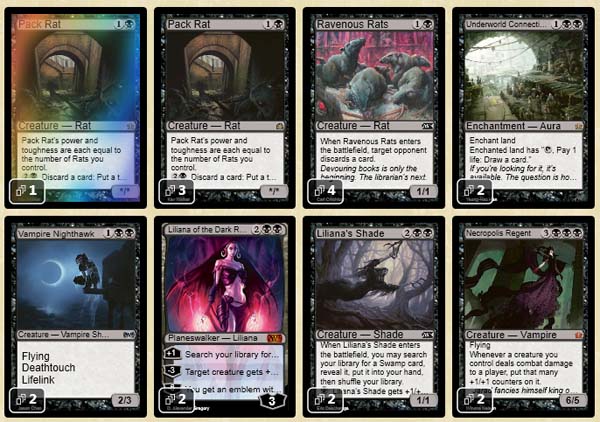 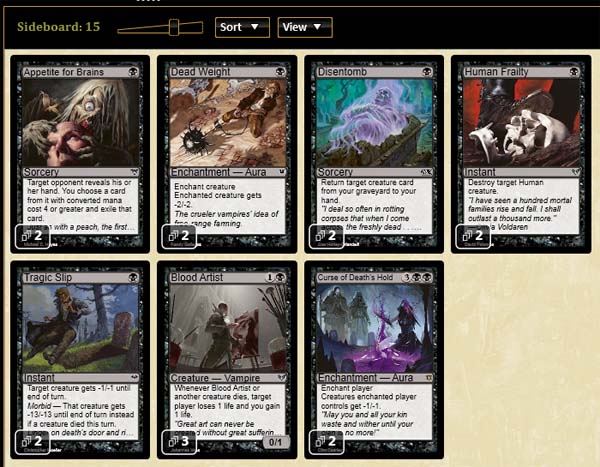