I am ready to add all the cards I am going to need to move on to single and multi-colored decks with White, Blue, and Green, including Bant (White Blue Green). 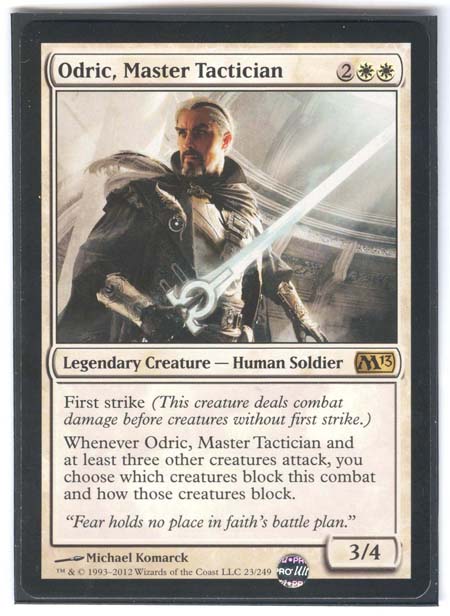 2. White artifacts and artifact creatures from the Shards of Alara block. 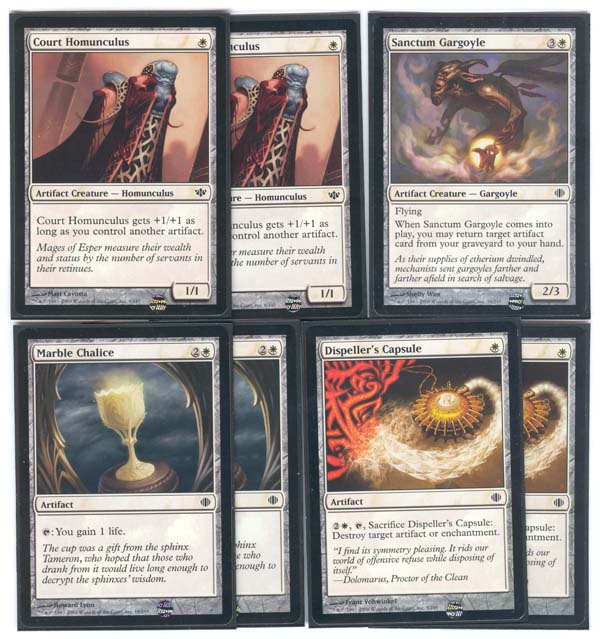 3. White-flavored artifacts and artifact creatures from the SOM block. 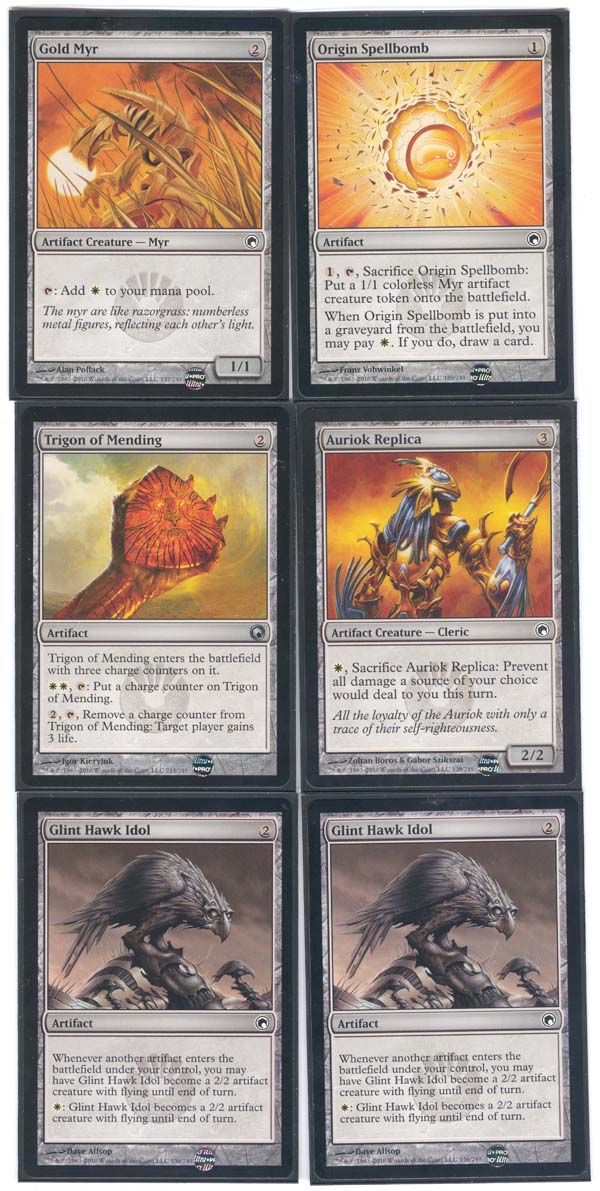 4. White cards from the SOM block. 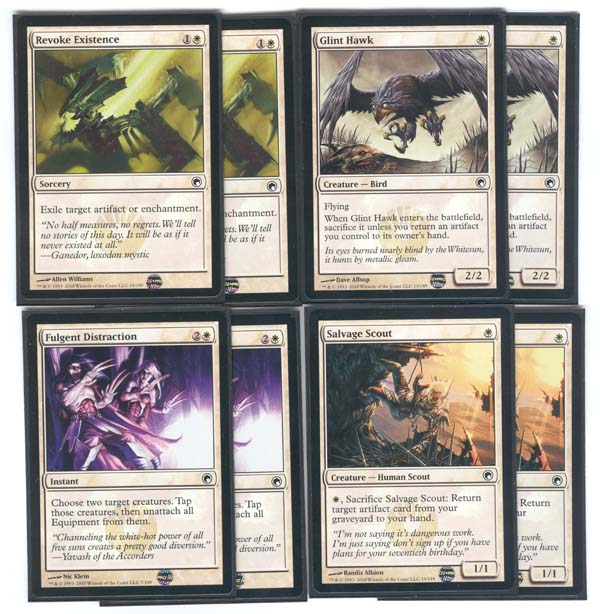 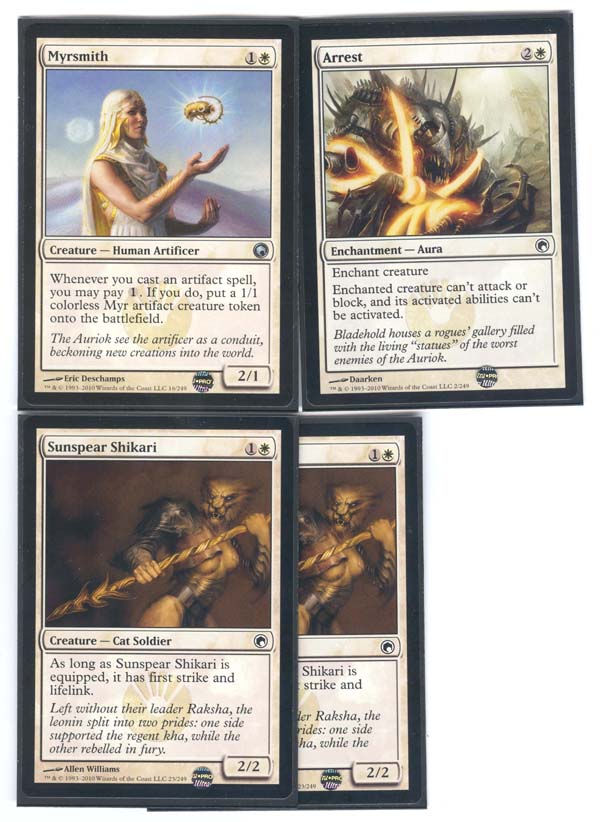 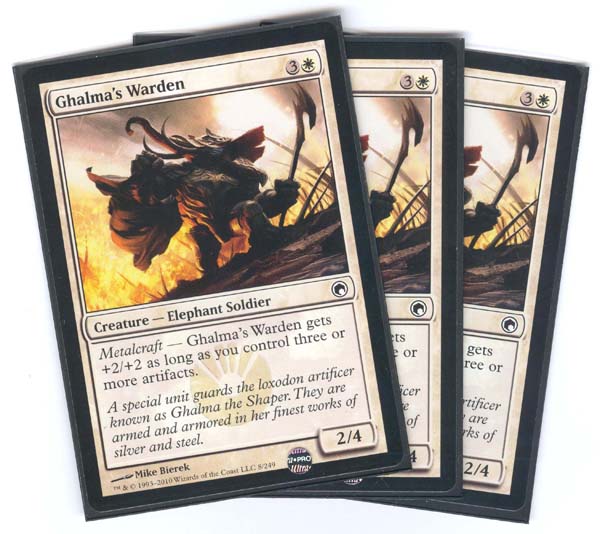 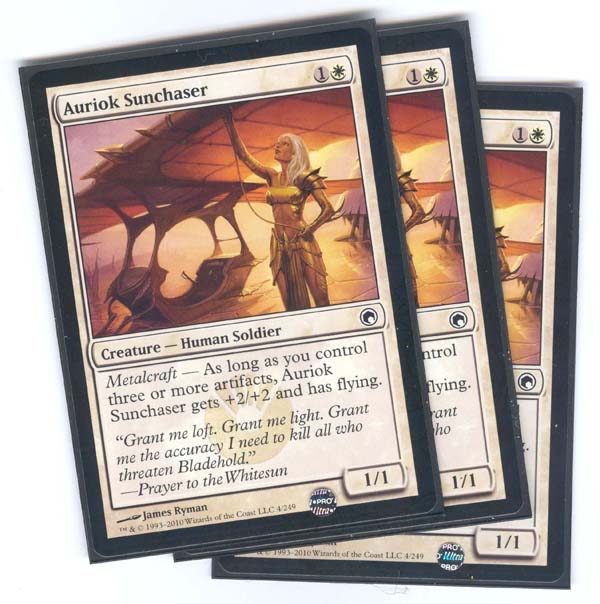 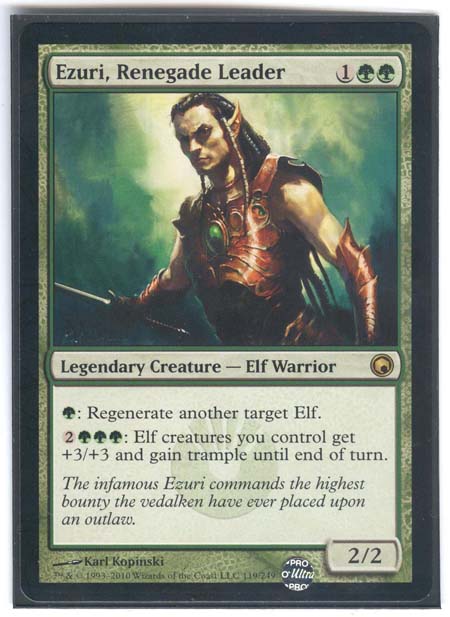 6. A green-white artifact from the Shards of Alara block. The artifacts and artifact-equipment in this image have already been part of the Modern build in the previous post. 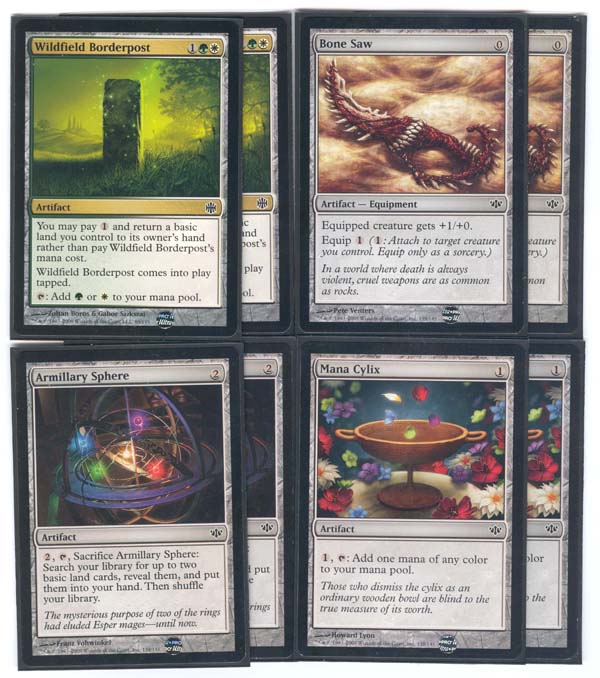 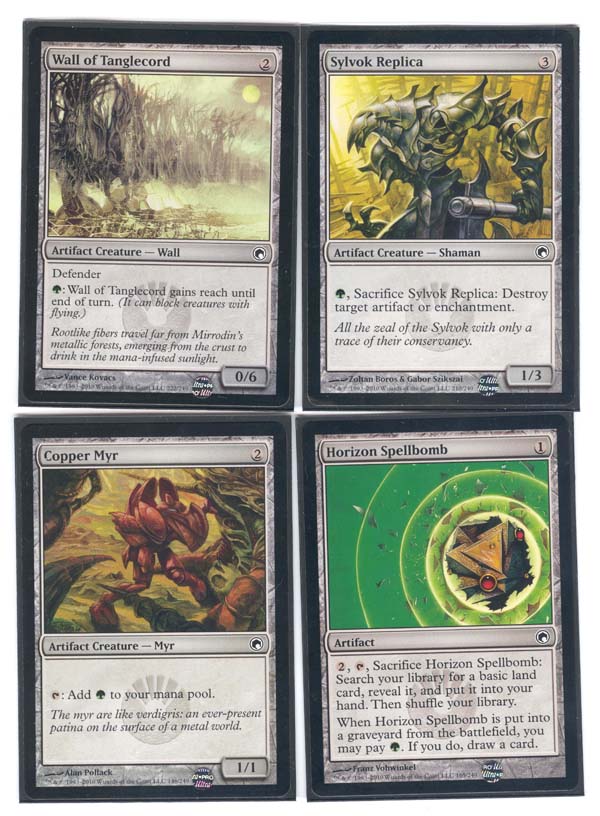 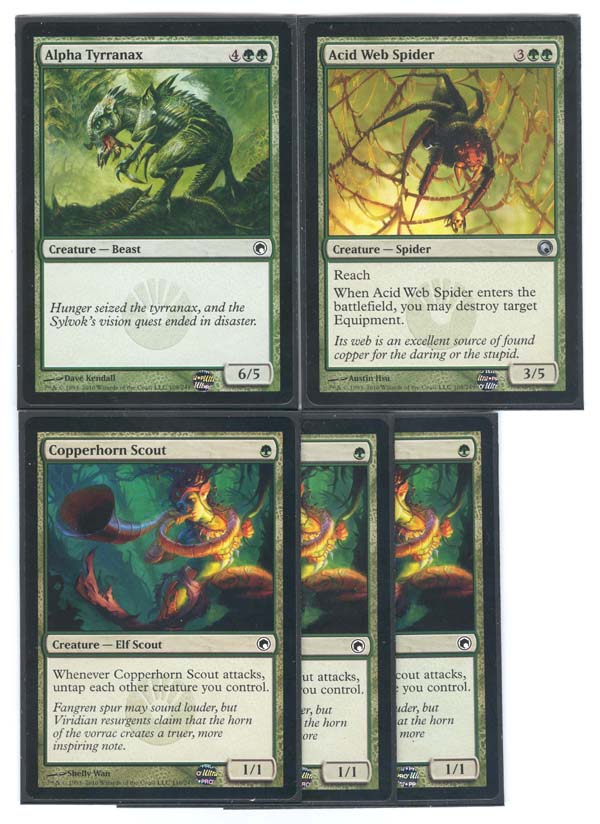 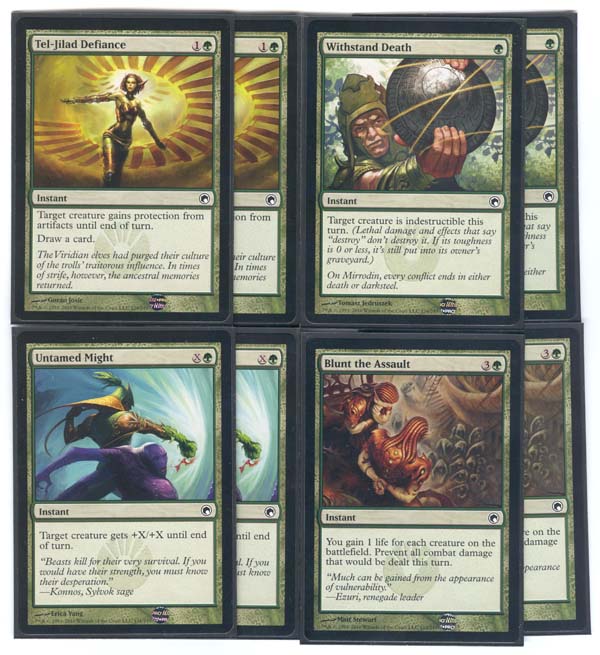 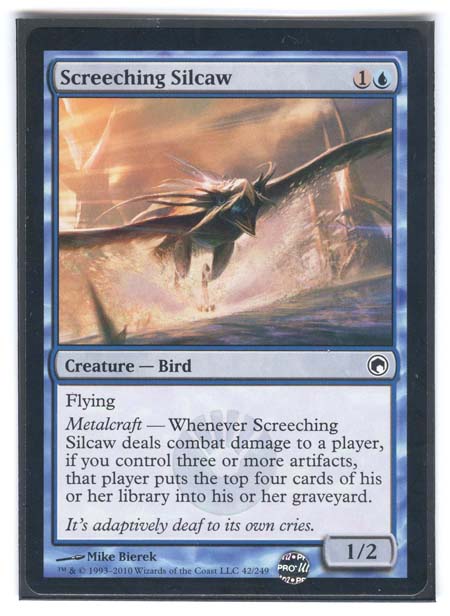 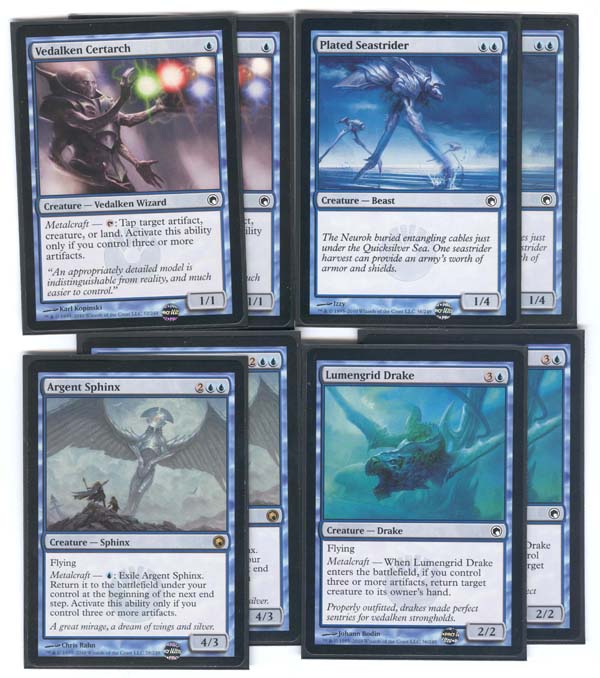 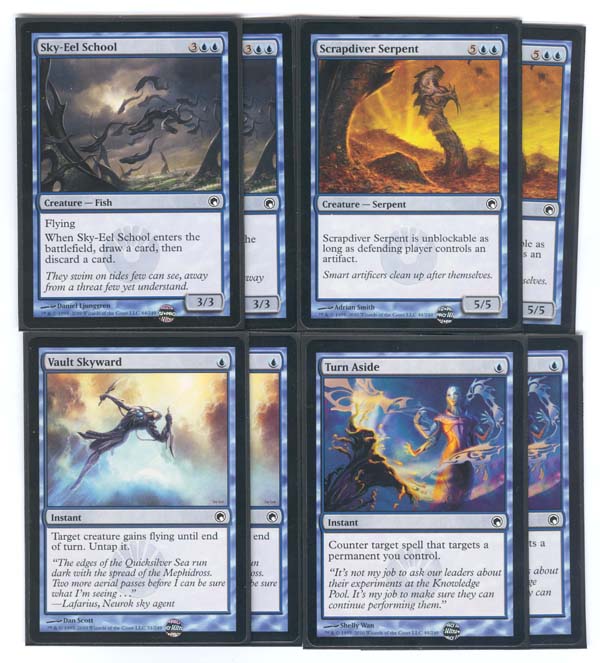 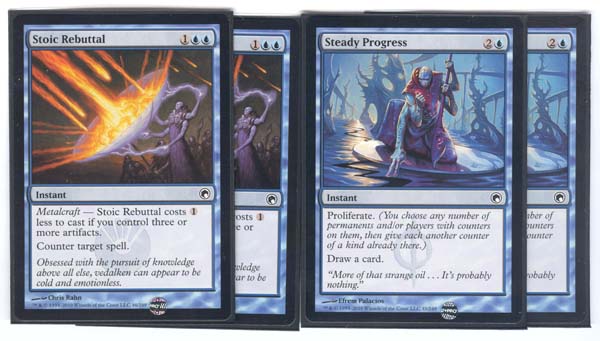 10. Blue-flavored artifacts from the SOM block. 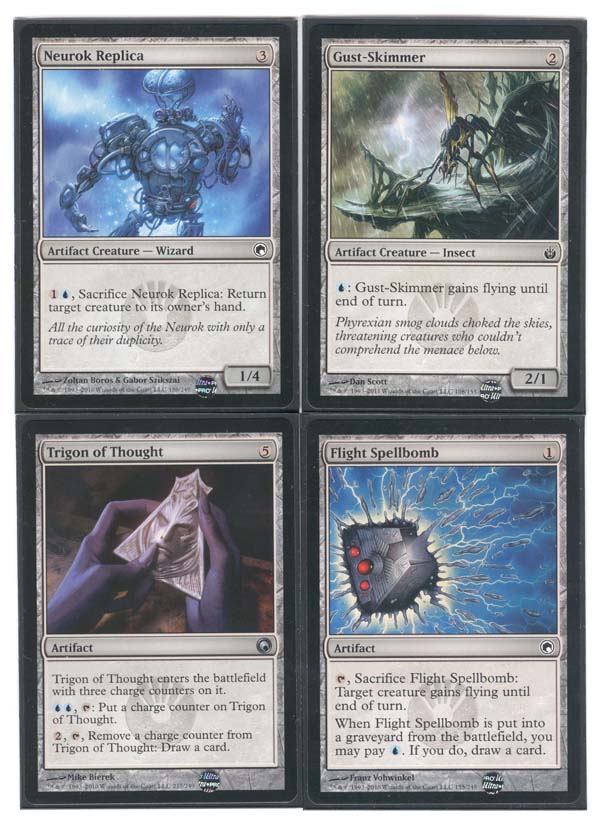 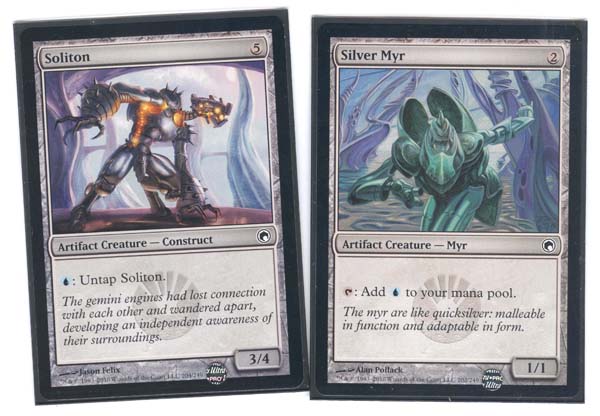 11. Blue and White-Blue cards from the Shard of Alara block (love those colored artifacts!). 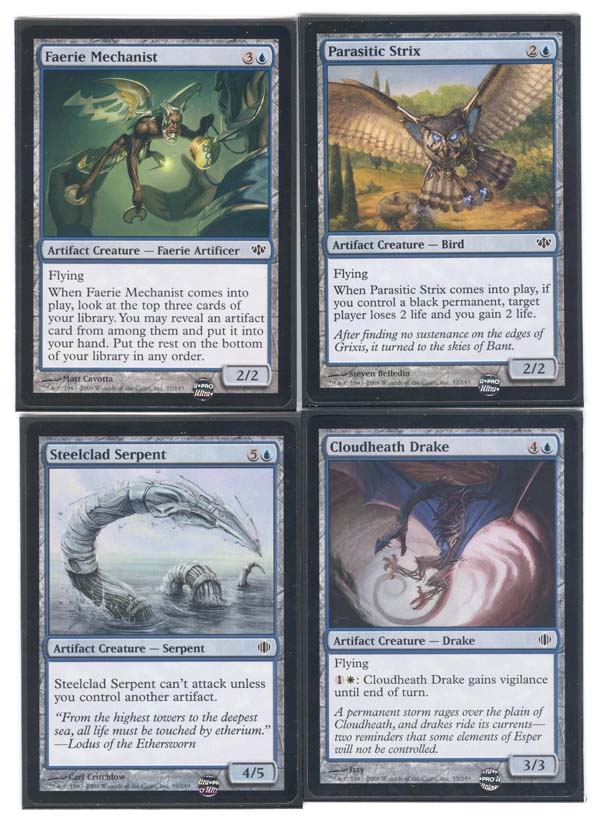 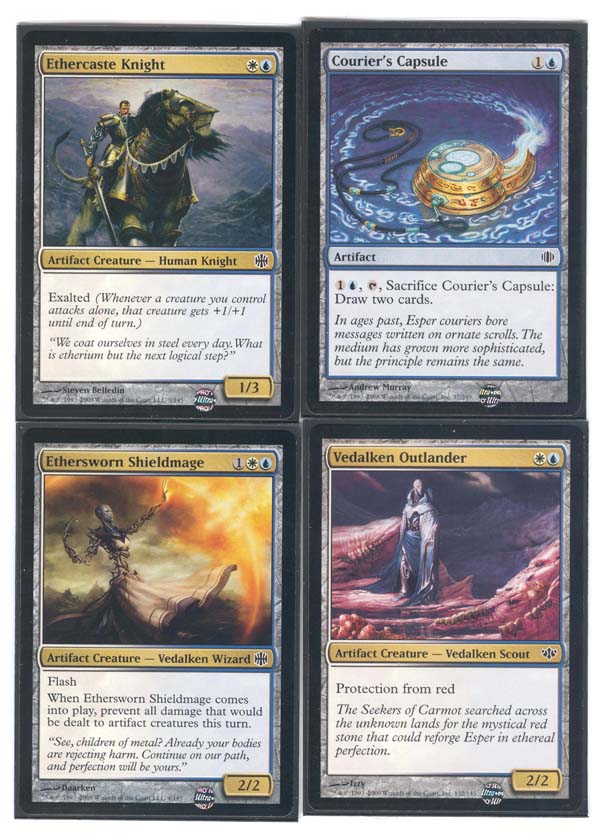 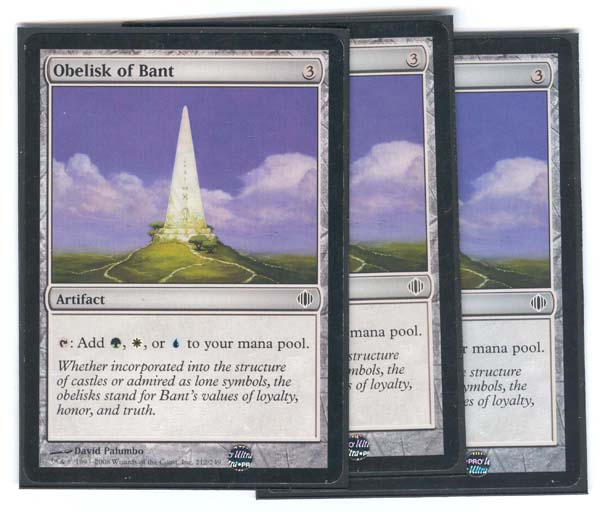 And after adding all of these cards I was able to build a white/artifact deck, a blue/artifact deck, and a green/artifact deck, but for the green deck I had to add a few cards from other sets that I have laying around, and especially some elves because once I have a large number of elves I will be ready for a commander elf build. I attempted a white commander build and it worked, but not a green commander deck. I dismantled both decks in favor of Modern decks at this point. Once I open all of the theme decks in this build, I will have a large enough pool of cards from which to build a few commander decks.

Click here for the next installment
Posted by Rubiera