Here I complete describing my wins with this deck to date.

6. I love playing against Kamigawa flip cards because I think they are cool, even if never tournament quality (never say never, though, maybe some day!). 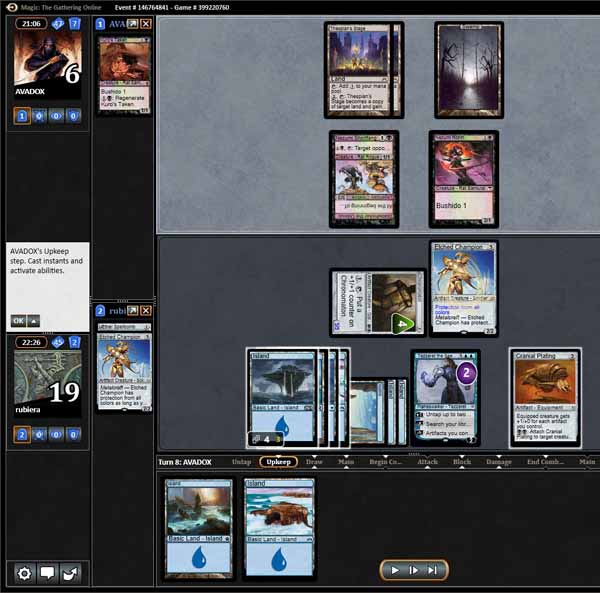 I used my Etched Champion with protection from all colors for the win. 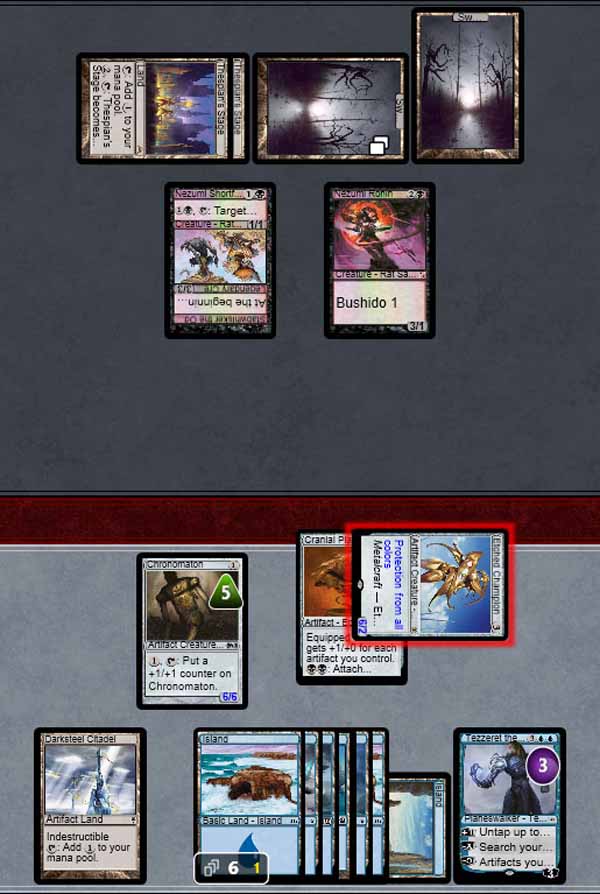 7. Here is an interesting game against a control deck. I got wiped early. 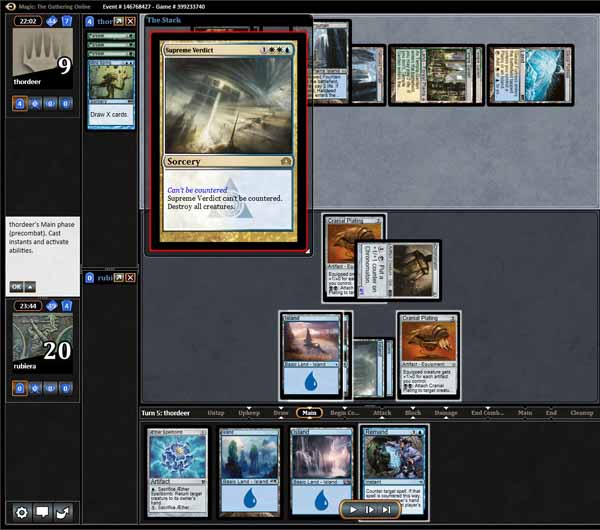 I landed a Wurmcoil Engine but my opponent had an enchanted hexproof angel (Sigarda, Host of Herons). Rewind worked really well late game against me! 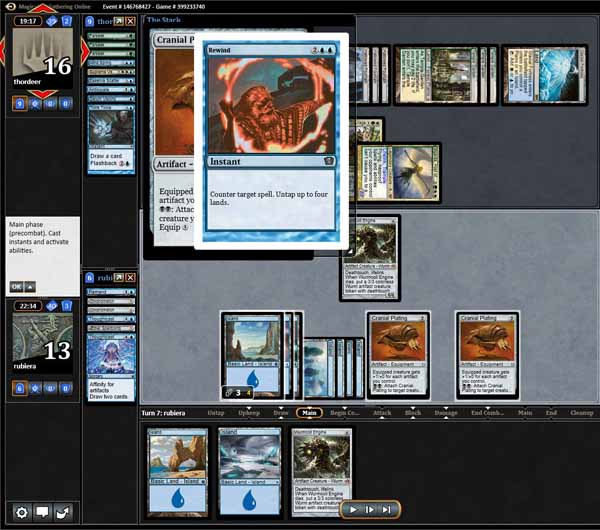 Here is another Rewind (ouch!). 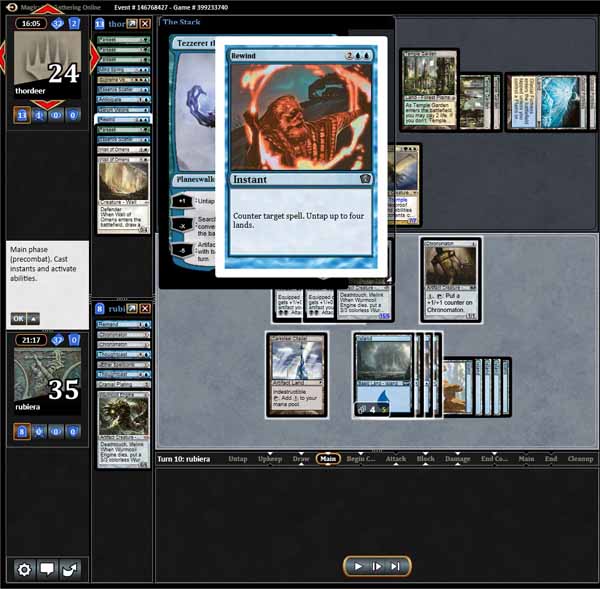 But once I landed two critters, and let my Wurmcoil die to give me a total of three critters, I had the upper hand. 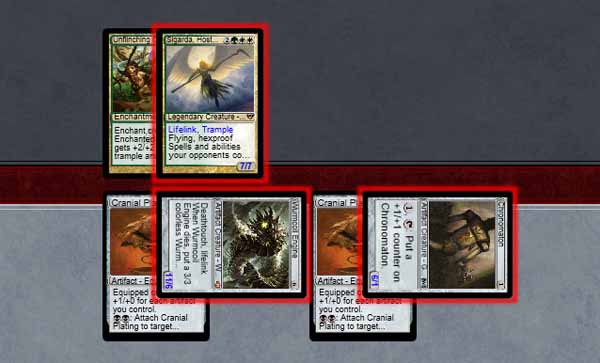 More removal later I swing for the win with Etched Champion. It really helps to have a play set of Wurmcoil Engines. 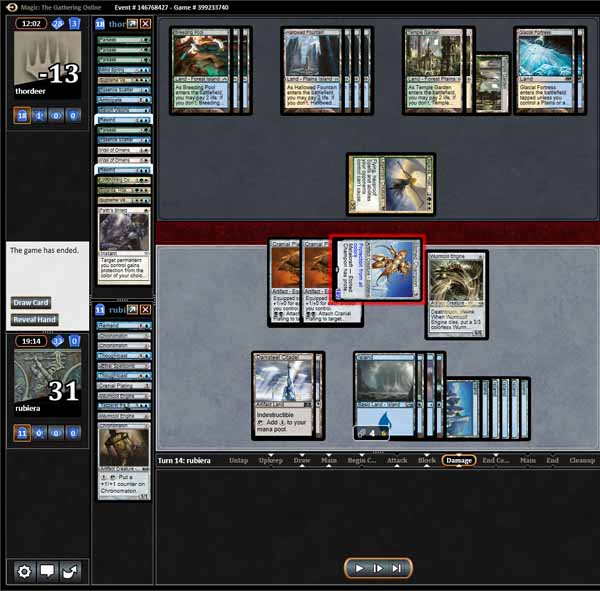 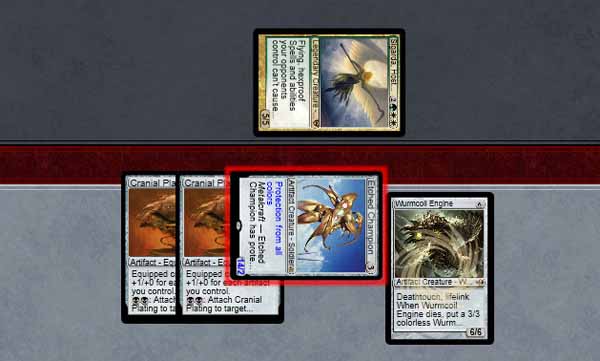 8. Here is an interesting White Green deck. Having an early flyer can make a huge difference. 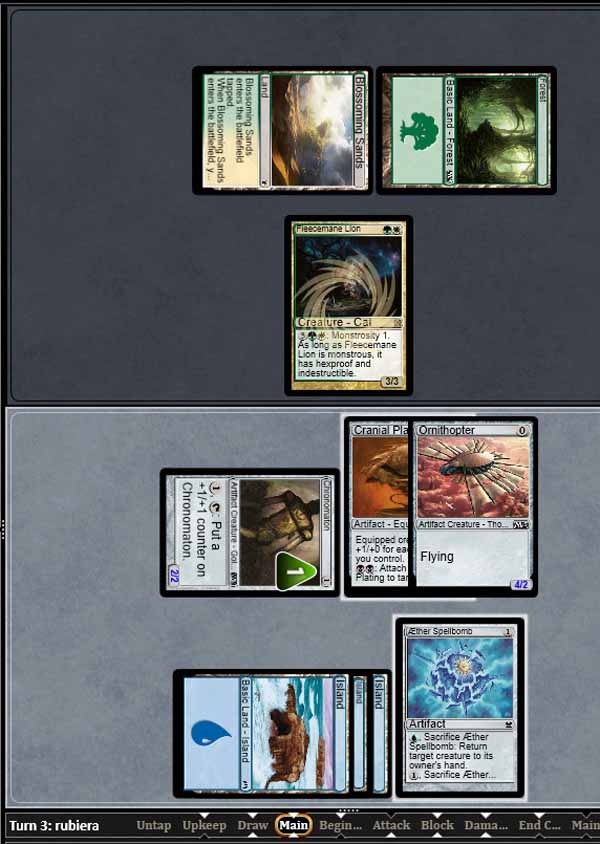 And even though my opponent had a good array of critters, including my all-time favorite Wolfish Silverheart, it wasn't enough. I won with a Tezzeret the Seeker ultimate. 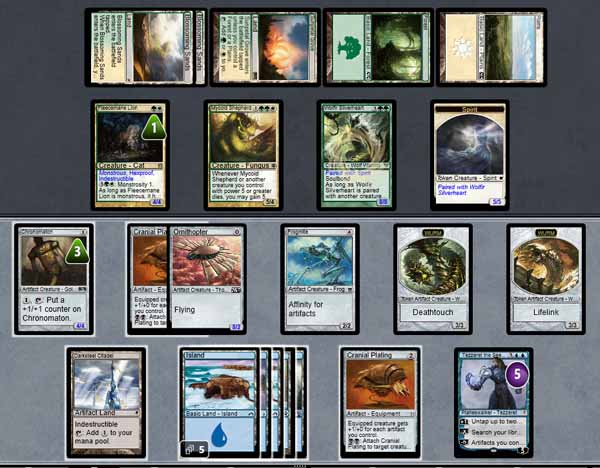