Tibalt is, without doubt, the worst planeswalker in Magic. Why? well, the +1 ability is random, severely limiting playing options. This is just the card for a Johnny deck brewer like yours truly to take on as a challenge. The basic game plan with Tibalt is to have cards that want to be in the graveyard, because that's where Tibalt's +1 is sending them randomly.

In Legacy casual, Tibalt IS somewhat playable, and that is why there is a Duel Deck dedicated to him. There are enough cards with a cheap Flashback cost that can be played from the graveyard, and cards like Browbeat. I have the duel deck on MTGO but next to no one plays Legacy on MTGO and it is proving quite the challenge to give it a spin. That will have to wait, especially now that we are in a Modern frenzy thanks to Modern Masters 2015 (and I am very much in that frenzy).

In Modern, it is quite the challenge to make him playable. To begin with, there just aren't enough cards with a cheap enough Flashback cost in Modern in Red or Red and a second color. There are enough cards to support a seemingly reasonable deck that beats face in Red and Black, mimicking the Legacy version marketed by Wizards as a Duel Deck, but that deck just didn't fly. I started by adding white in the mix, and quickly gave up that "Mardu" or WBR build. I then reverted to Red/Black. 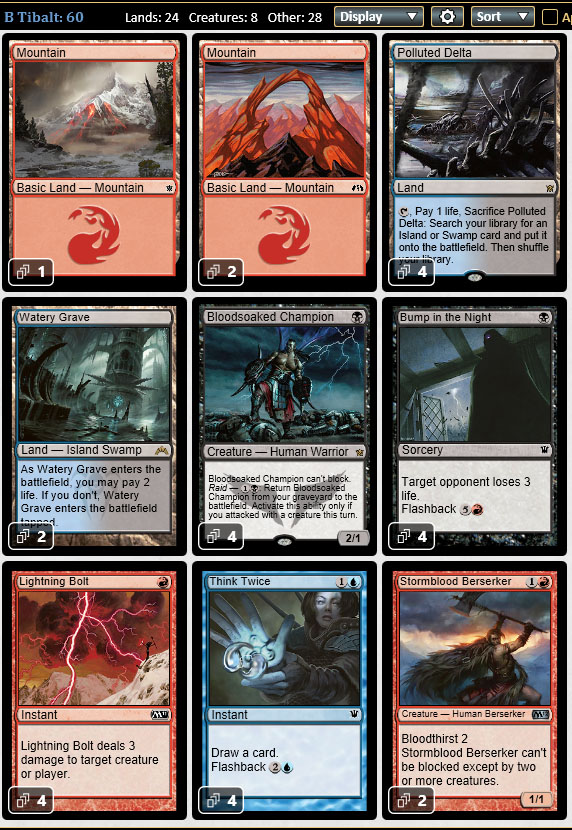 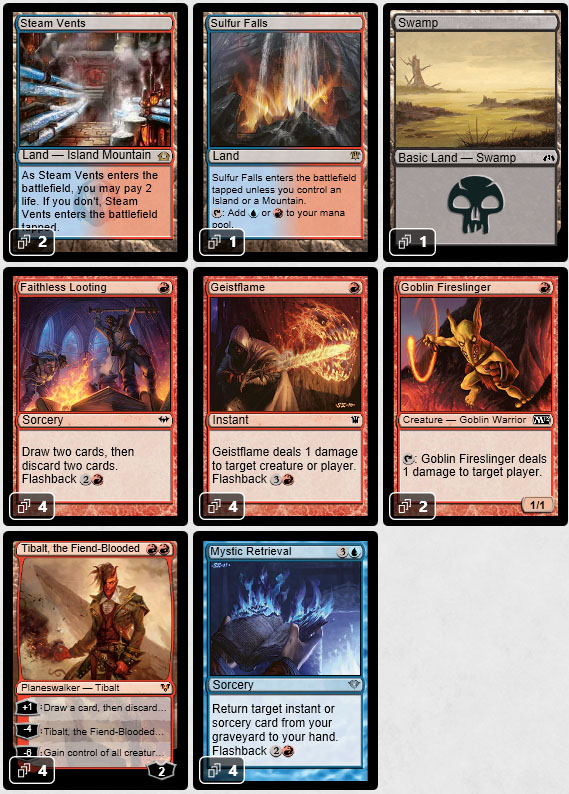 Bloodsoaked Champion didn't cut it in this deck, but Bloodthirst worked once in a while. 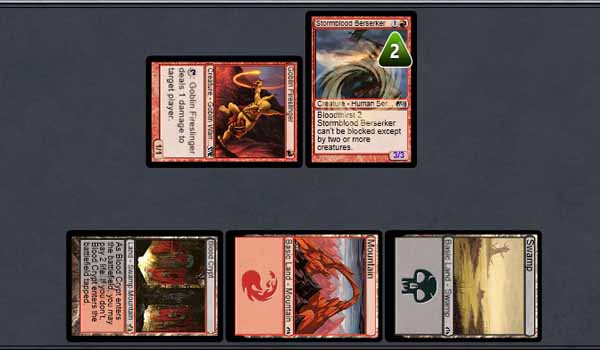 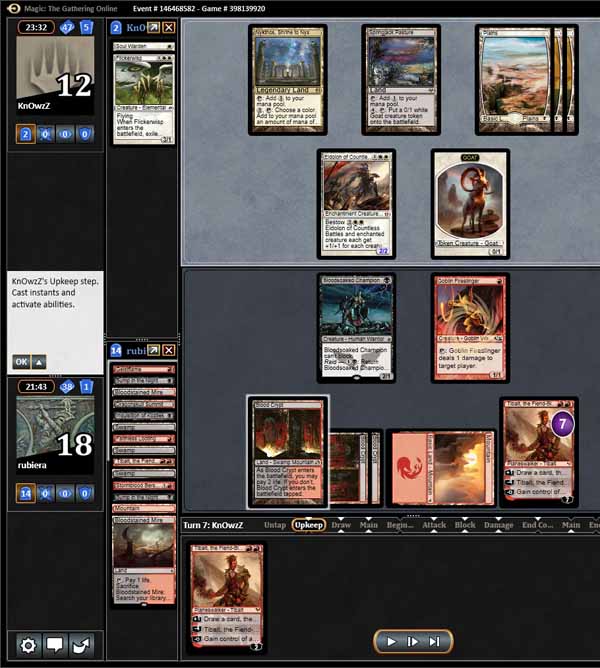 gg for this one since I took over all of my opponent's creatures. 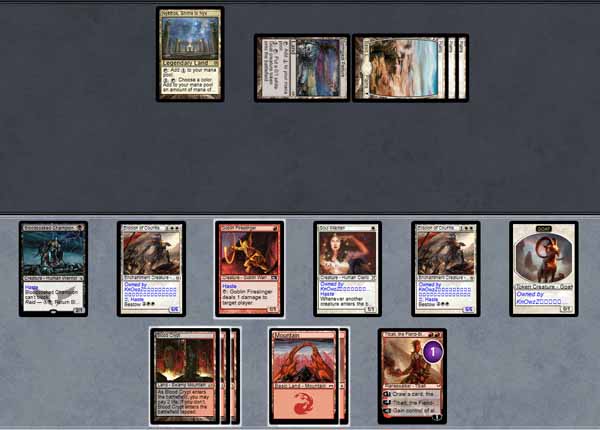 There were many blowouts against my deck, and here is one of them. Tibalt in Red/Black in Modern.... ouch, ouch. 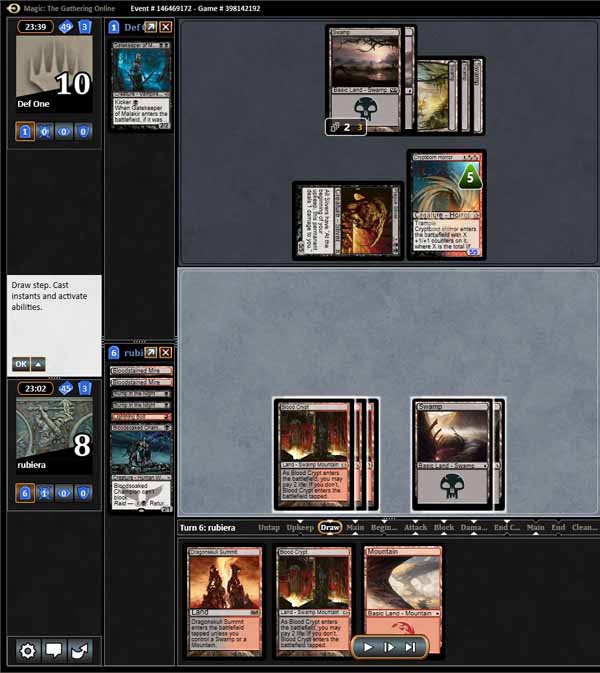 Here is yet another outright loss by yours truly. I turned the deck into a Grixis build to have some card draw, but it wasn't enough. 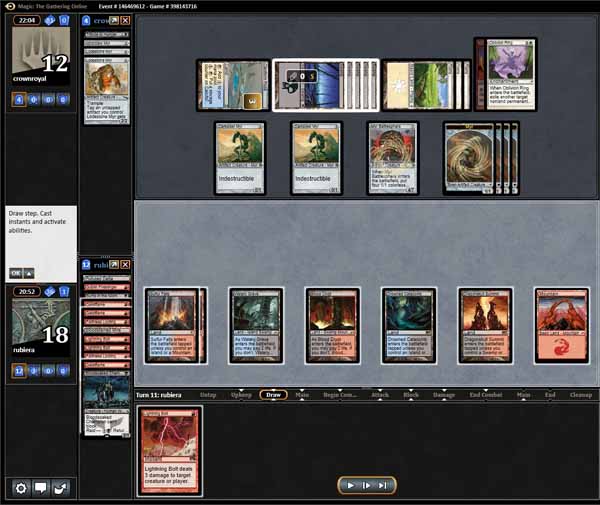 ... and here is another loss 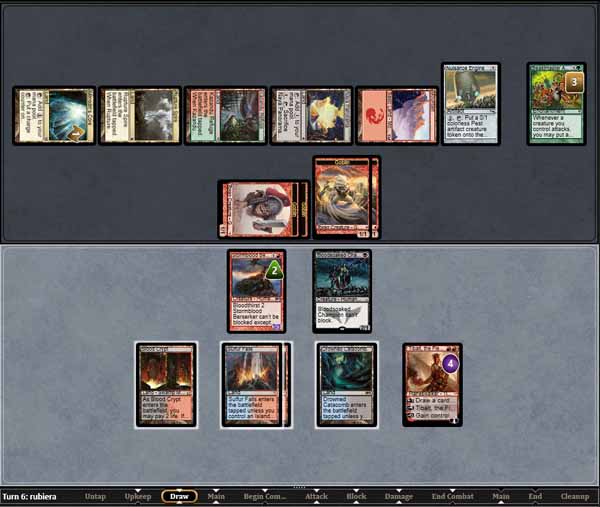 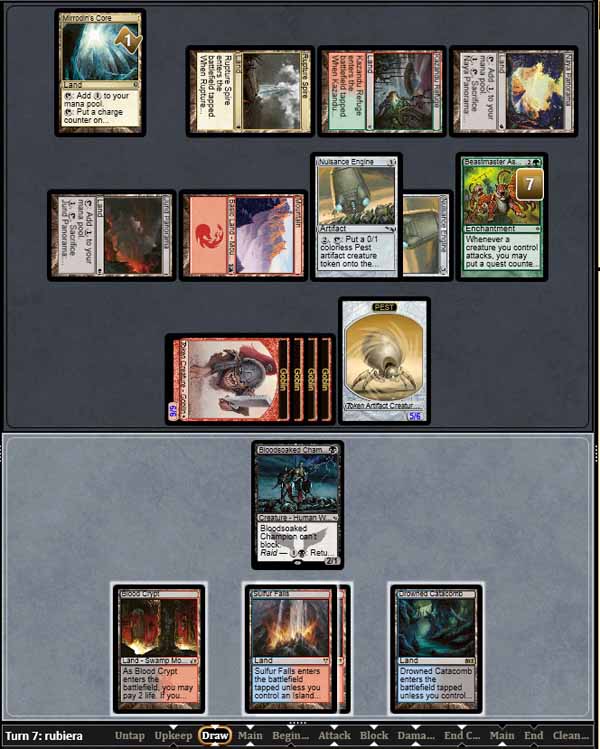 This deck is a no-go. Next, I go Reanimator.