[Modern] Splinter Twin Not Infinite 1 of 2

Someone issued me a deck building challenge: to build a Splinter Twin deck with two Pestermites and no Deceiver Exarchs. I upped the ante to "nothing like the infinite combo." I have come out unsuccessful, yet I learned a lot about mostly blue cards that can tap or untap a creature (but not both and that is why only two cards work in the current infinite combo); artifacts that can tap or untap a creature; and planeswalkers that do the same. I roamed far and wide, and here is a summary of my roaming.

I am not giving you a deck list because the conclusion from this deck challenge is that to use Splinter Twin on a creature once per turn just does not work right now. The mana and time spent creating a token Wurmcoil Engine is far better spent casting two Wurmcoil Engines. I did not try Blade Splicer and the other Golem token generators from New Phyrexia because as a casual player I am willing to wait for this card to cost a lot less down the road. It is possible to use either Ral Zarek or Tezzeret the Seeker to get additional token Wurmcoil Engines, but that is such a far-fetched late game combo. In a five turn format like Modern that super combo just will not happen. A combo in your hand is better than one hundred combos flying, and the super combo of Splinter Twin on Wurmcoil Engine done three times with Ral Zarek and Tezzeret the Seeker is definitely a combo flying.

Today's competitive standard is largely ruled by the money combo of Tarmogoyf, Liliana of the Veil, and often Dark Confidant; decks with Delver of Secrets and Snapcaster Mage; decks with an infinite combo that is still Modern-legal such as Splinter Twin; and decks casting an Emrakul, the Aeons Torn. Any other deck outside those is either a small percentage of the meta, the flavor of the month in popularity, or not tier 1 competitive.

Enough babbling, let's go through all those dead ends.

1. I took my devotion to red deck and added Splinter Twin to it. It made it much slower and a steady loser. No matter how annoying a Red Deck Wins match-up is, if you cannot beat RDW, you don't have a deck. Period. 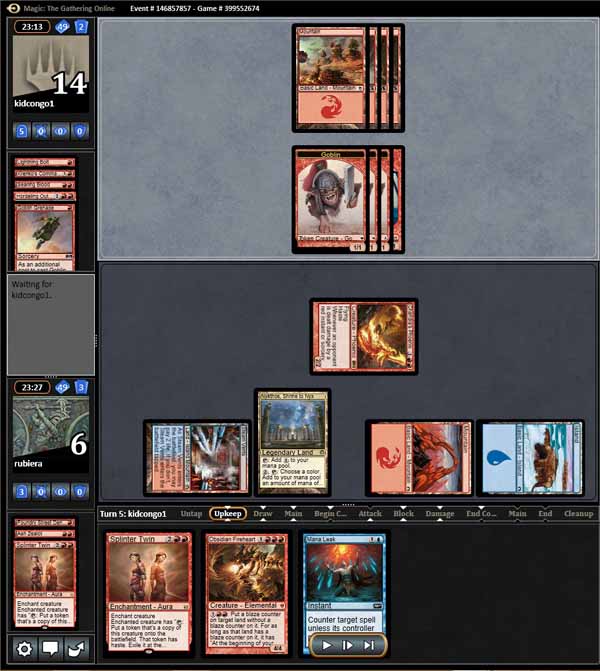 Here is a loss against a hexproof build. Notice that I am not casting ANY Splinter Twins, and that's the whole point of this exercise. 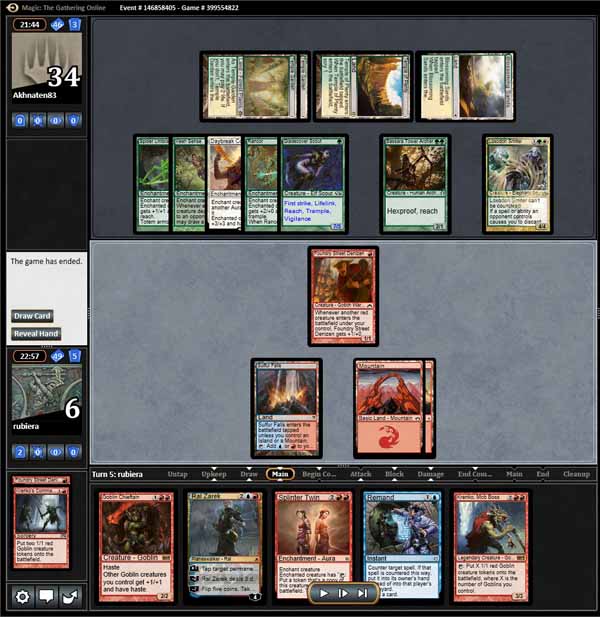 2. I add Splinter Twin to my Tezzeret build I just spent a glorious winning time with, and BAM, I can cast it on a Wurmcoil Engine and it is cool. 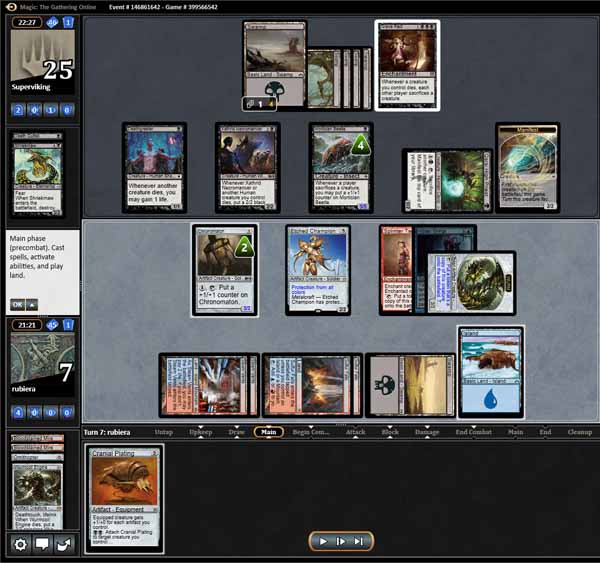 Except that Modern is just too fast for that! 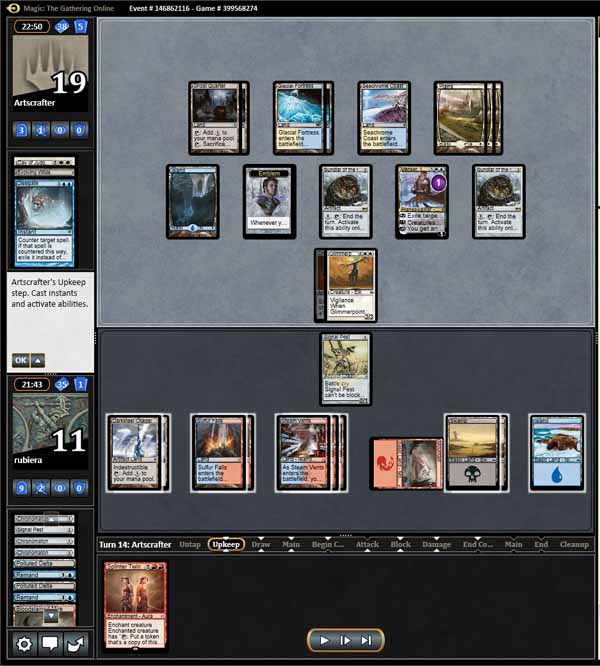 I did have a fun loss against a Krenko deck. Krenko is so much fun! 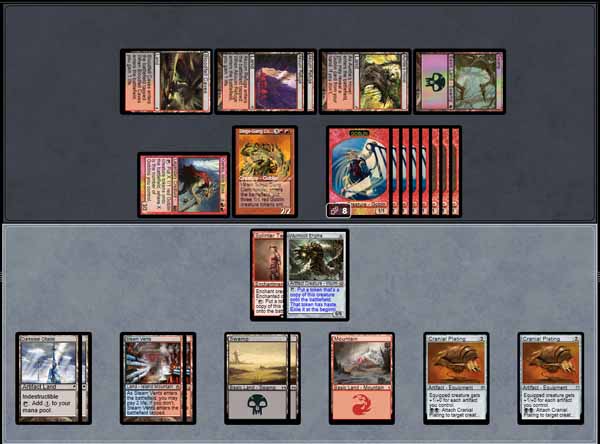 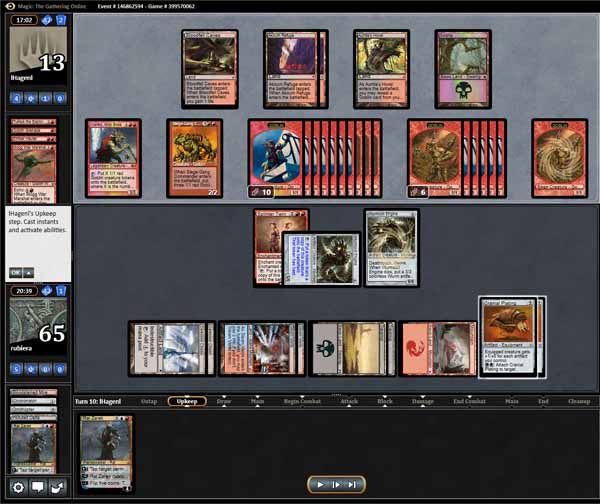 Voracious Dragon eats them all into a 40/40 critter... ouch. 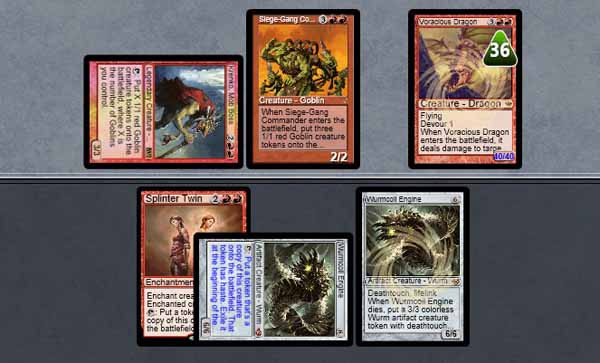 Click here for the last part of this challenge.
Posted by Rubiera