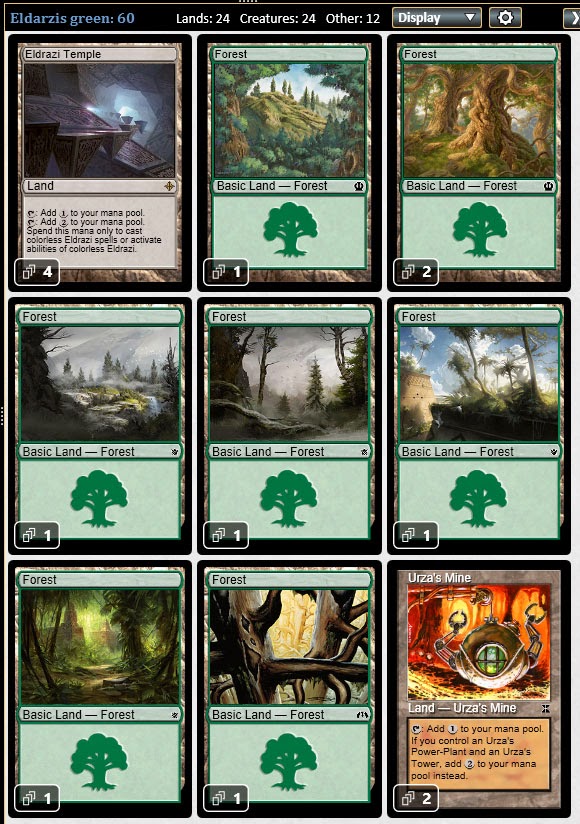 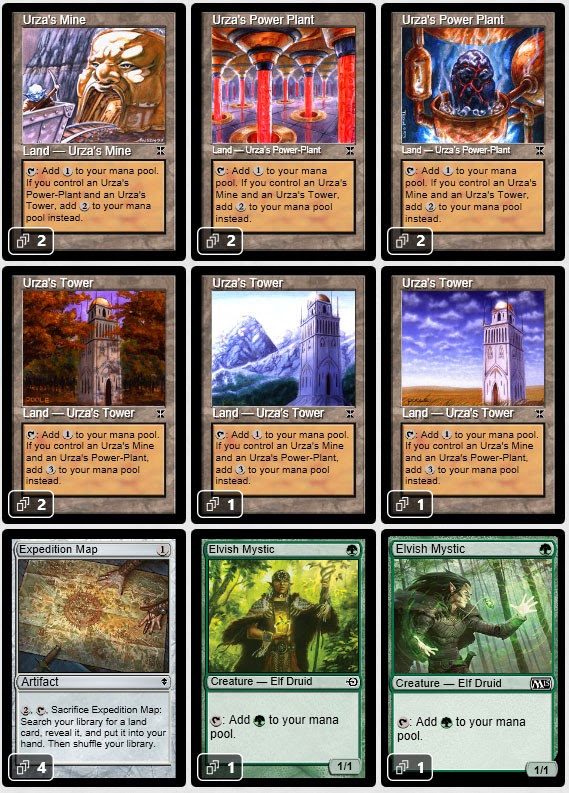 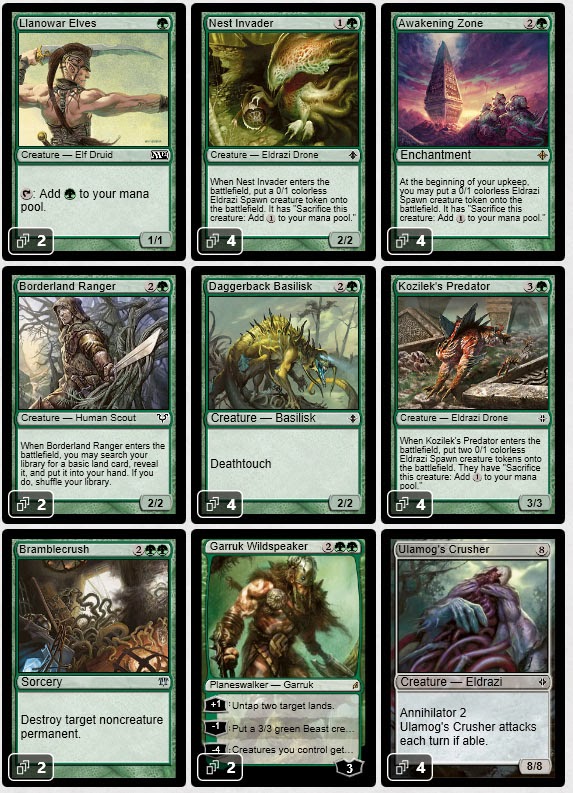 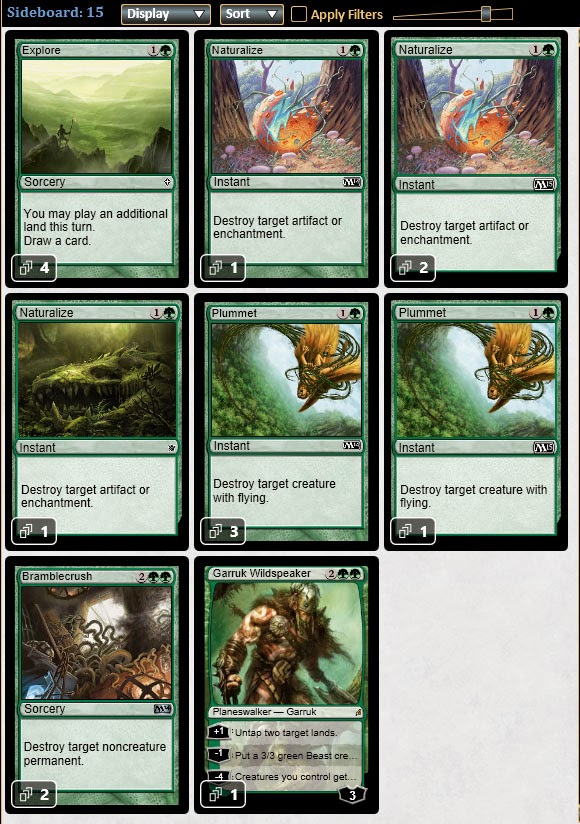 Here is a Suture Priest/Mercy Killing combo deck I lost against. When the stars are aligned, I can resolve an Ulamog's Crusher early, but it can die or get exiled very easily. 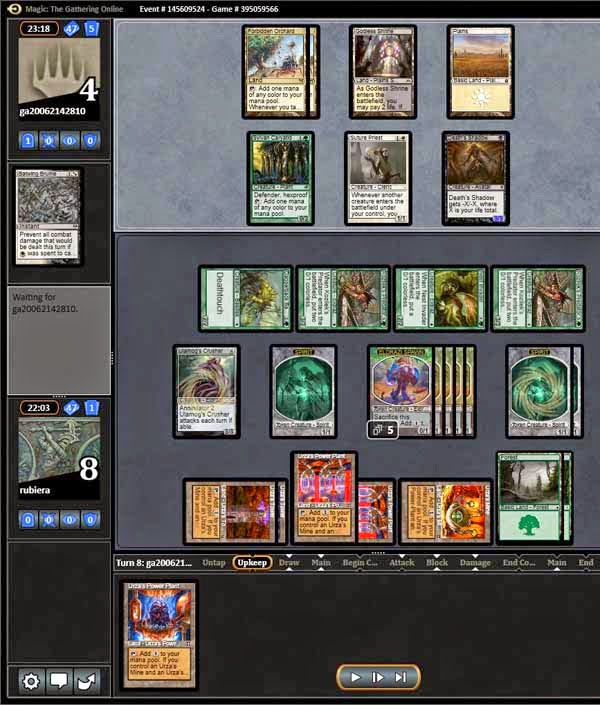 Mercy Killing takes out my Ulamog's crusher ("Target creature's controller sacrifices it, then puts X 1/1 green and white Elf Warrior creature tokens onto the battlefield, where X is that creature's power.") 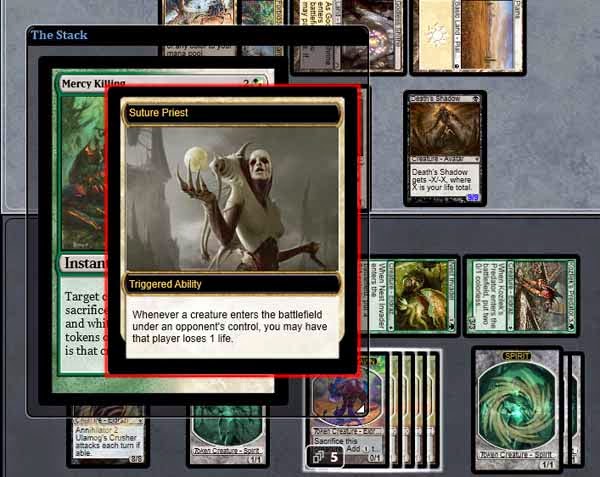 And then I get dealt 1 life for each of the tokens, gg loss. 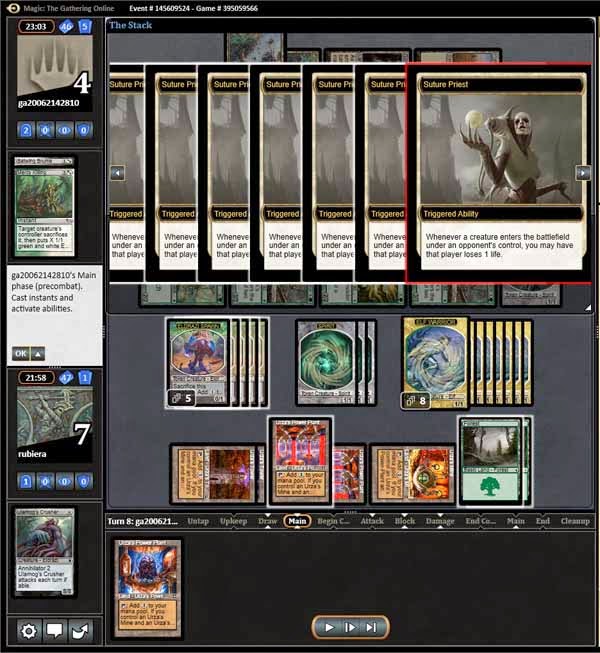 Here is the red/green deck. This one has access to Lightning Bolt, but even that is not enough to make it a consistent deck (back to the problem of two separate manabases). 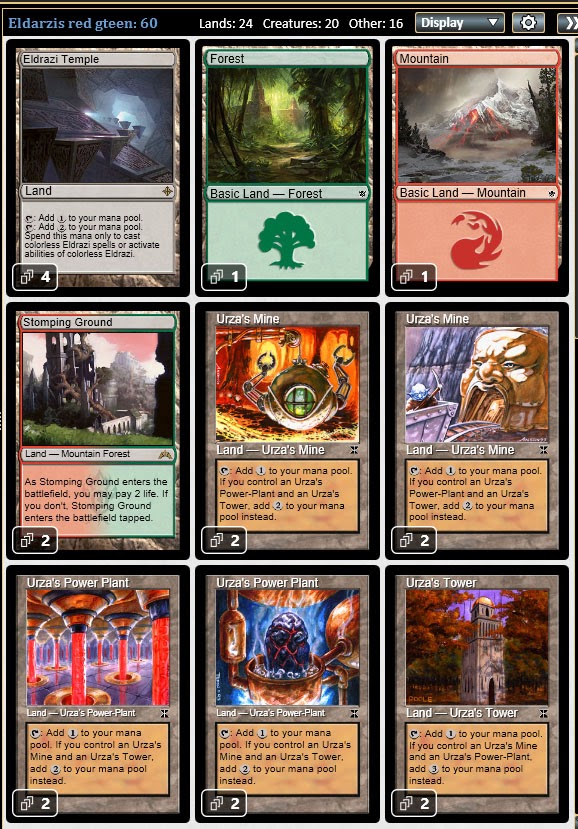 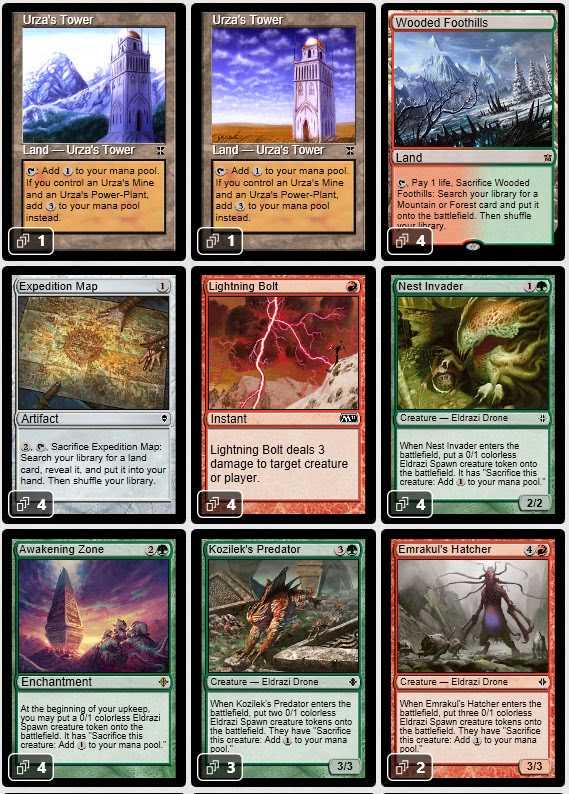 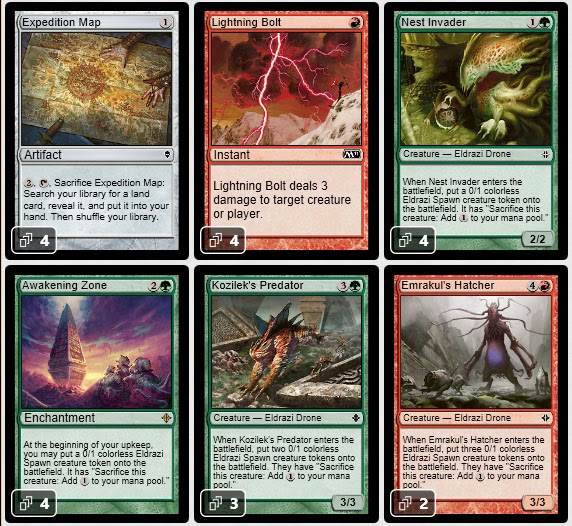 Here is a very lucky win: Ulamog's Crusher has Annihilator 2, and that means that every time I attack with it, my opponent is sacrificing two permanents. 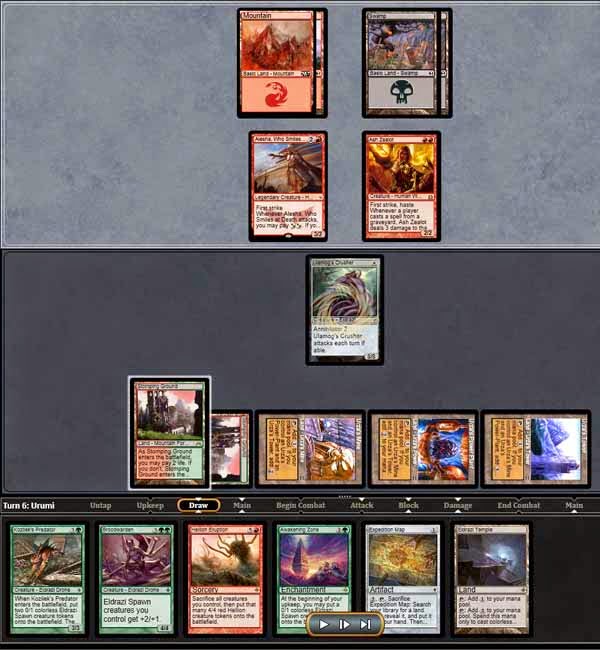 And here I got to play Hellion Eruption ("Sacrifice all creatures you control, then put that many 4/4 red Hellion creature tokens onto the battlefield.") I did win this game. 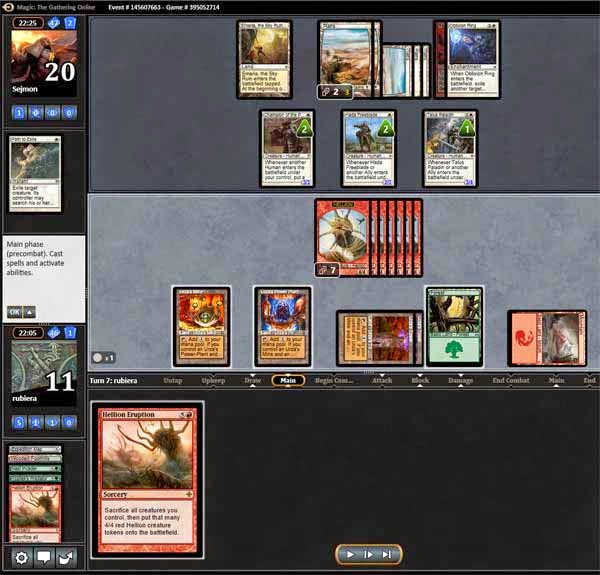