I have been building a Legacy stash to learn about how all those cards work. I am a casual player, and therefore not interested in competitive Legacy. That saves me from requiring a play set of Force of Will, which is a ticket to entry for competitive Legacy. Oh, and a play set of Wasteland would not hurt. I am not doing that. Instead, I am building up a stash of the 21 sets for seven blocks: Mirage, Tempest, Urza, Mercadian Masques, Invasion, Odyssey, and Onslaught.

Here is a link to some of the packs I have opened.

Because Mercadian Masques has only been released as what is now a very expensive bot block booster, I am skipping it for now. The divide and conquer plan has been to focus on the first three blocks, and now that I have a good stash of those, to move on to the last three blocks. Here is the Estimated Value out of online packs for both ranges. Thanks to MTGGoldfish for such an awesome price site. Its no surprise that Urza's Saga and Tempest are lottery packs, although I am surprised by Exodus also having low EV for the cost of the pack... The first three columns are the average value by rarity, and the next three have each multiplied by how many there are in a pack (10 for commons, 3 for uncommons, 1 for rare). Urza's Legacy packs are the best for the first three blocks: you pay $1.42 for a pack that on average will yield $2.07 in cards. That is a very good deal.

Here is the second range, the one I am focusing on now.

For the last three blocks, it looks like opening packs for Judgement (JUD), Odyssey (OD), Plainshift (PS) and Scourge (SCG) is a good idea, and buying singles is better for the other five sets. I have no idea why anyone would want to crack a Legions (LGN) pack. I will, however, crack packs for Invasion (IN), Apocalypse (AP), Onslaught (ONS) and Torment (TOR), but only just for fun.

Tempest Remastered was a very big help to fill some big holes, especially a Wasteland. Thanks to this set, I can move on to the next three blocks and feel that I have really good coverage for the first three.

I have cracked a bunch of Odyssey packs. Here is how far I am for the money cards. 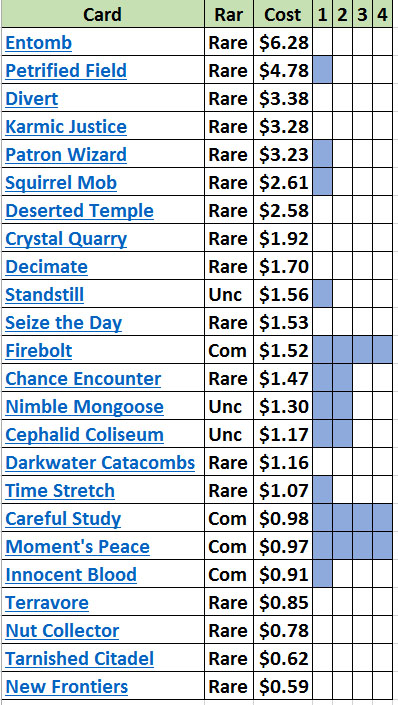 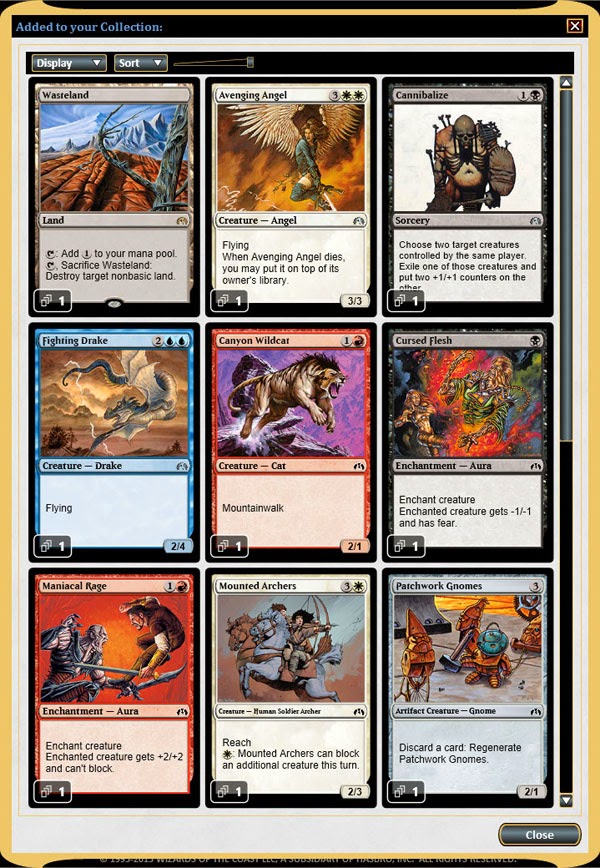 June 3 update: these are the Odyssey cards I am missing. 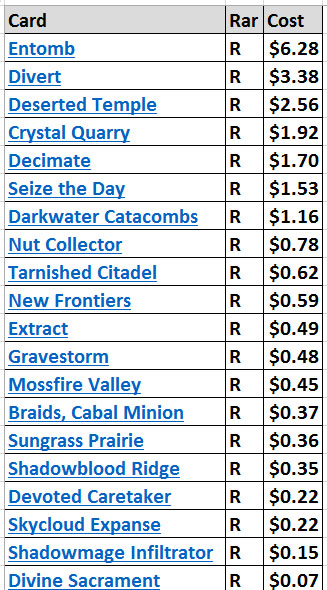 Here are penny uncommons I was missing, and two penny rares I was also missing. 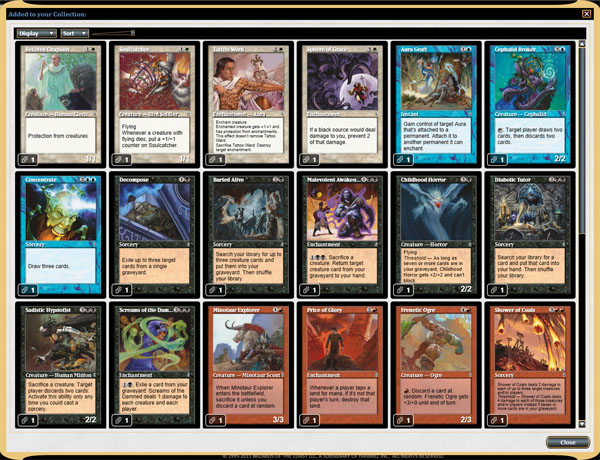