I read an article about these on the mothership (Wizards does such a great job to get people to play the game). Most of these cards (Awakening Zone is the exception) are designed for Limited draft and sealed deck building.  In constructed, these cards just lose a lot (I did). 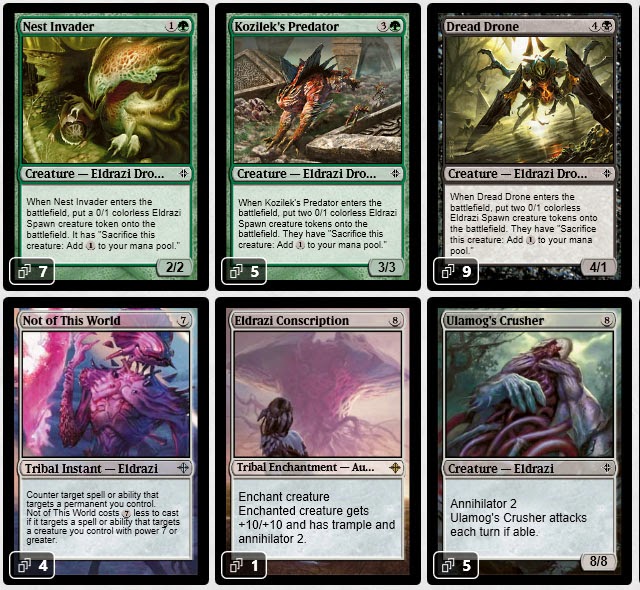 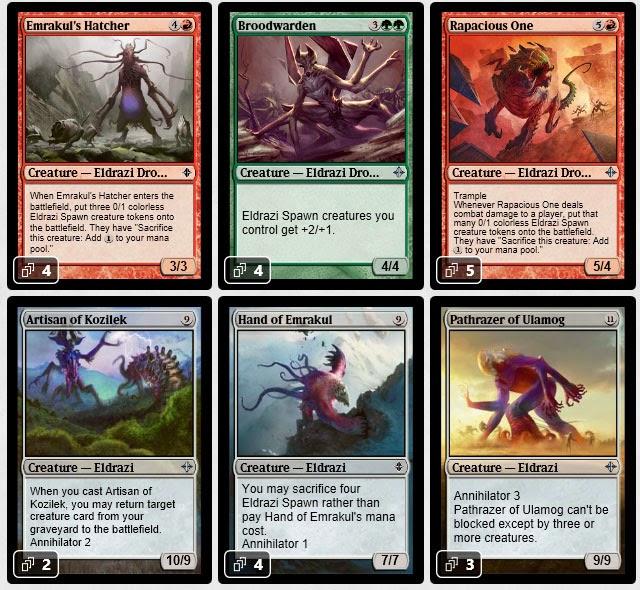 Here is a deck that showcases Eldrazi spawn. I went through six or seven iterations. Here is one of the more stable ones, and I had to use Grave Titan as a finisher, AND lost a lot. 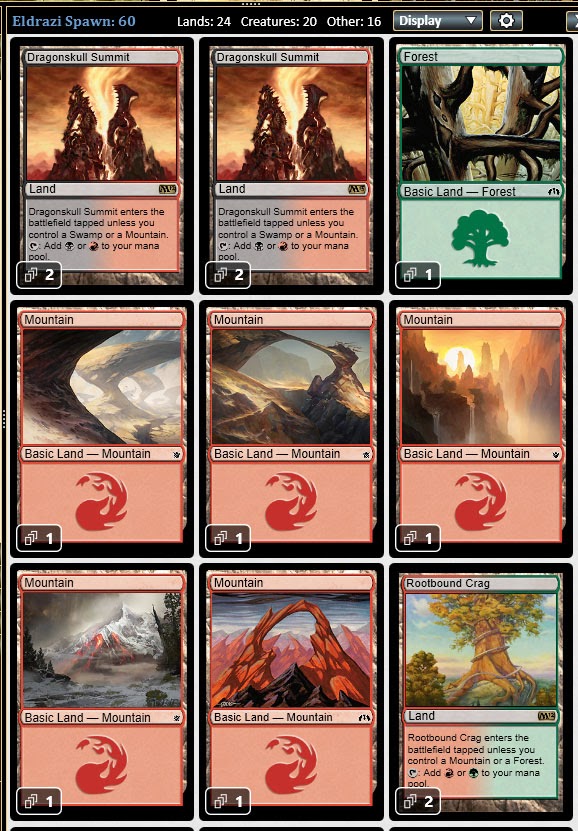 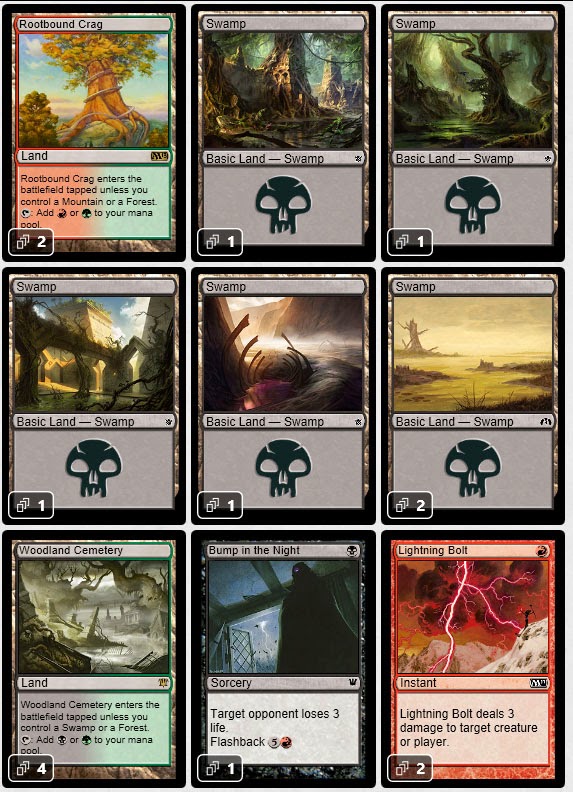 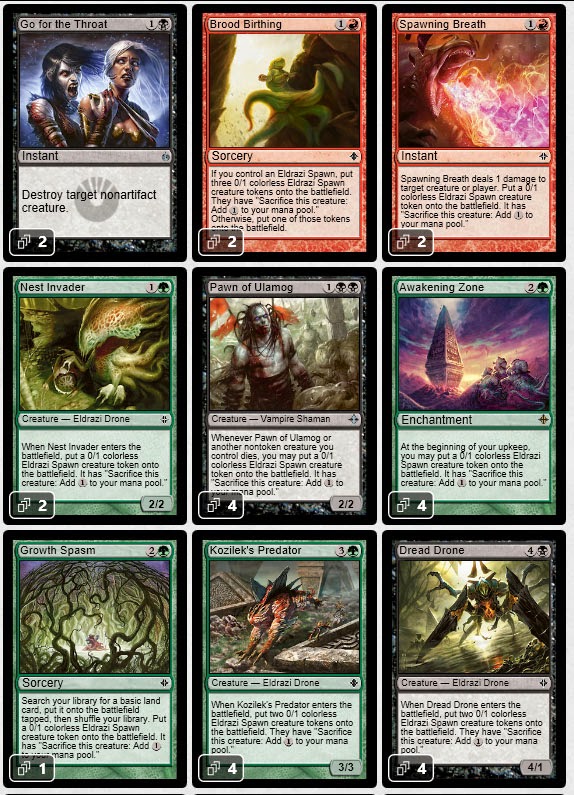 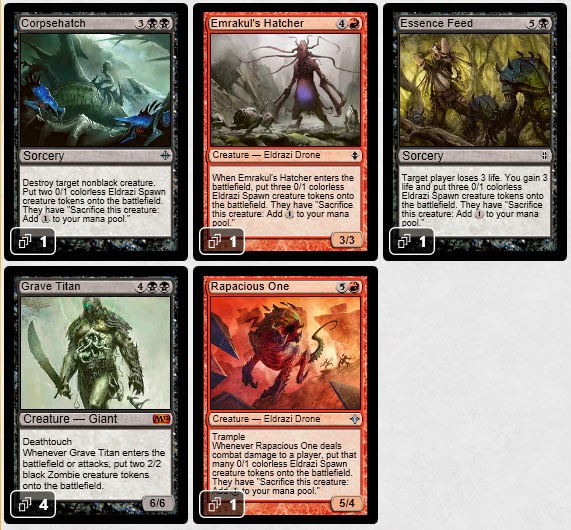 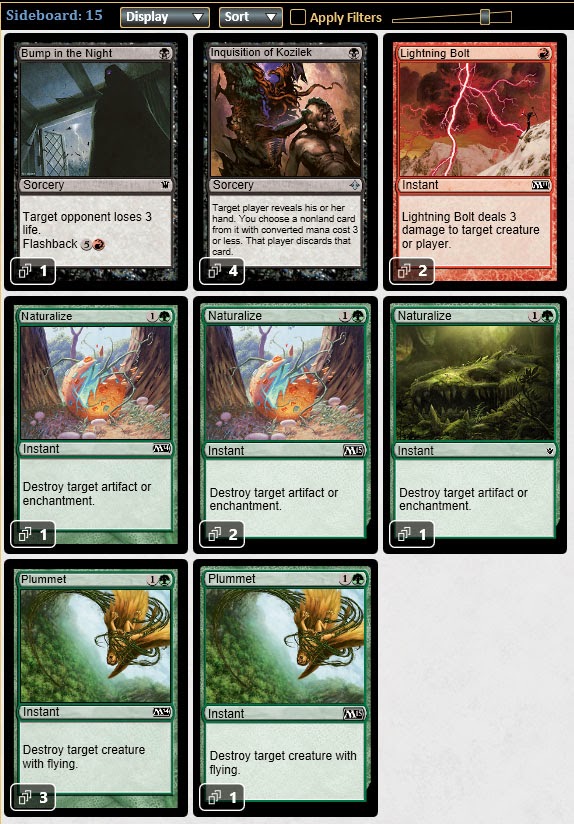 By the time I have enough Eldrazi Spawns to case something big, I need to have it come out, and if that does not happen, its gg and I lose. 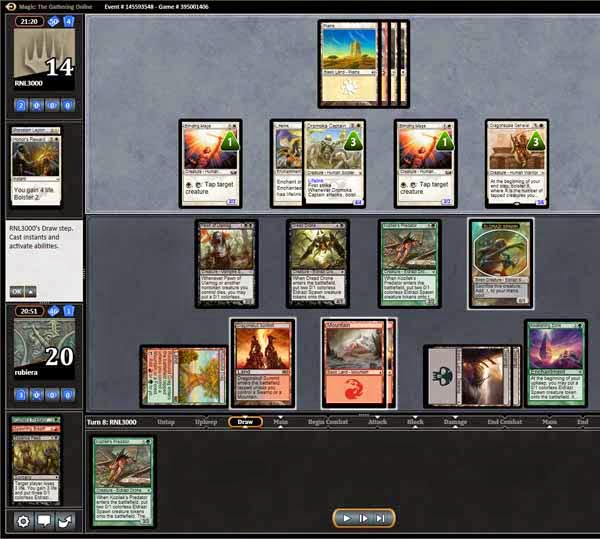 And even when I resolve Grave Titan, it can be removed, or my opponent can have muscle to beat it. 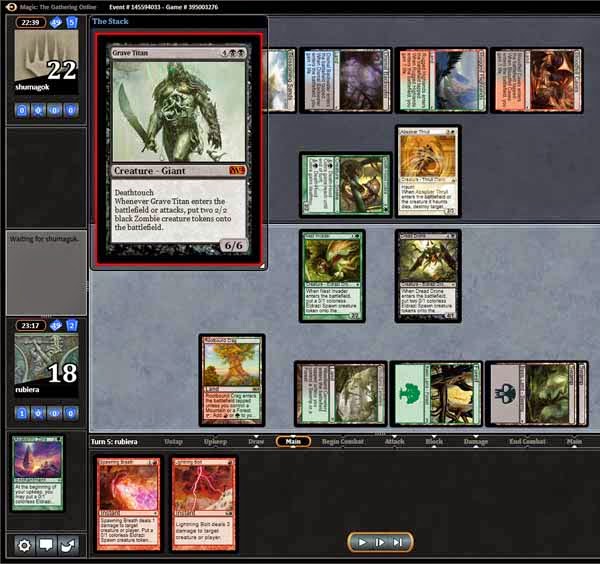 And let's not forget that its Eldrazi Summer now that Modern Masters 2015 is coming out. My opponent had one. 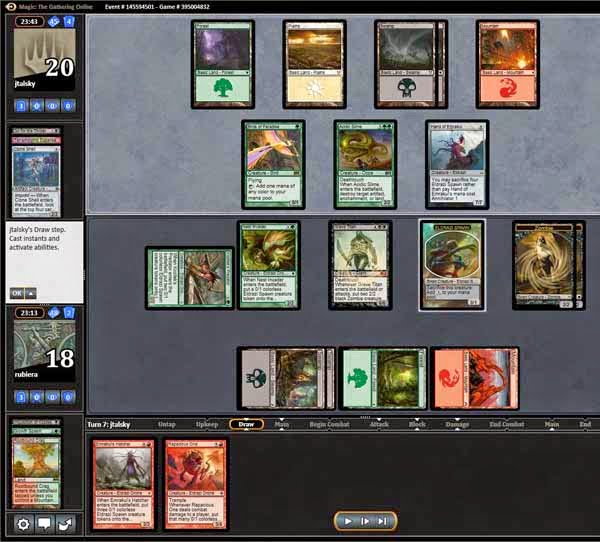 Yes, Doubling Season is great, but its a late effect in this deck.

And if I get lucky and I have a great board state with it, its so late in the game that a Lightning Bolt will do me in, and this is what happened below. 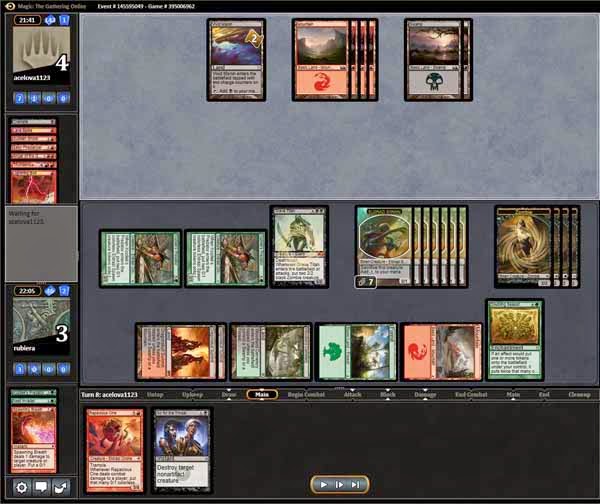 Summary: I learned something new, which is awesome (thanks, Wizards!) and Awakening Zone see use in many decks, but most of the other Eldrazi Spawn cards are Limited Jank.
Posted by Rubiera