...this time with 24 lands and many substitutions. The major one that made it a winning deck is the inclusion of two Scuttling Doom Engines. 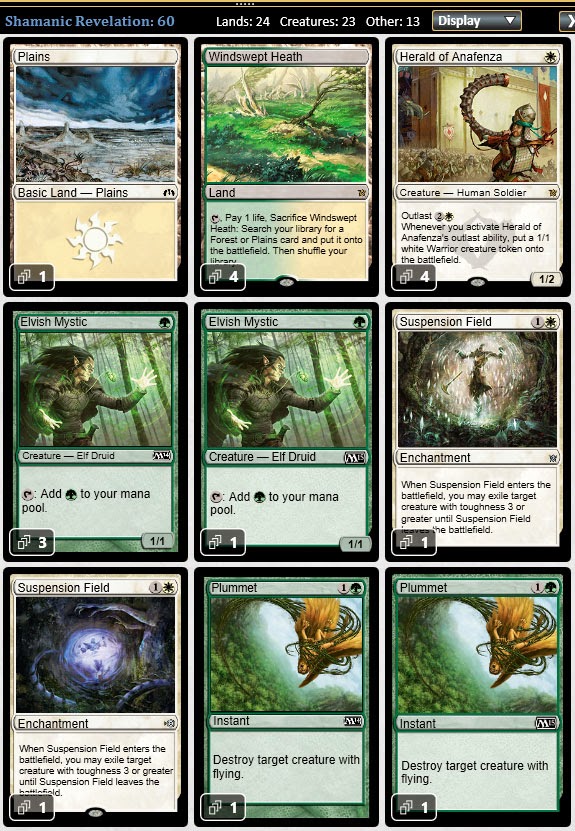 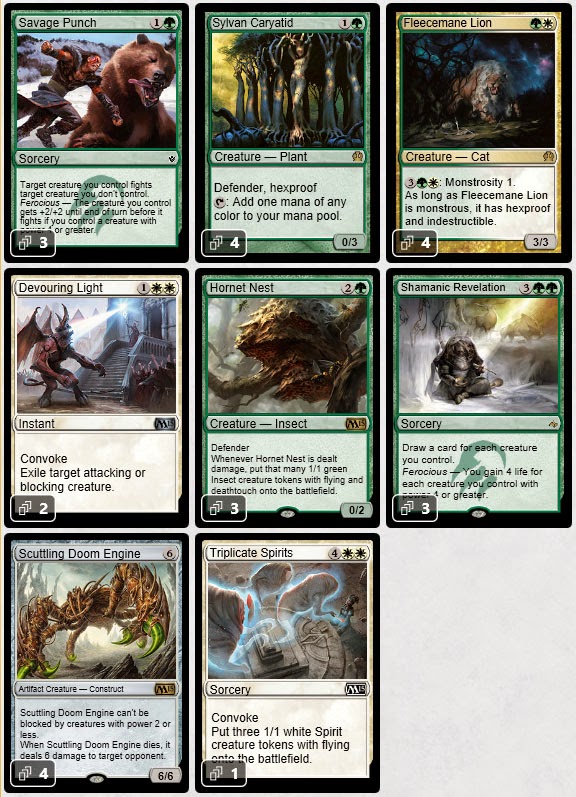 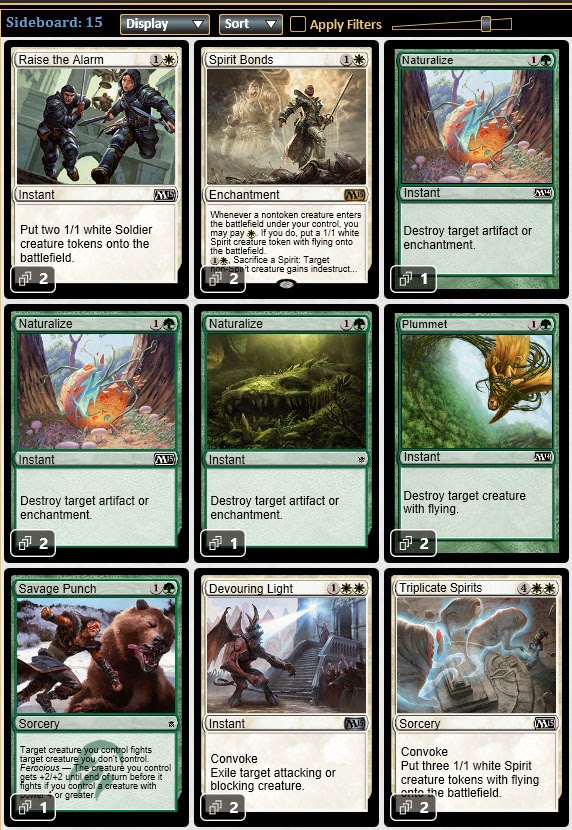 I lost some games to Brutal Hordechief combos, but now that I have fatties, I can beat it. 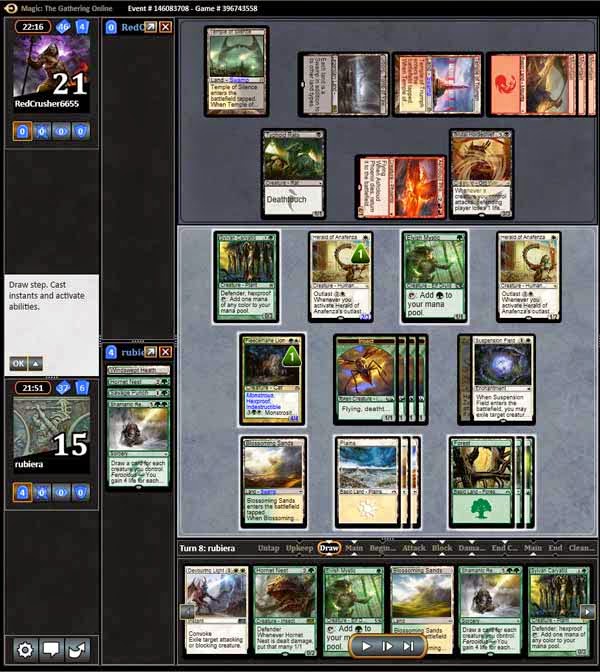 Here I exile the Phoenix once it is ready to attack. 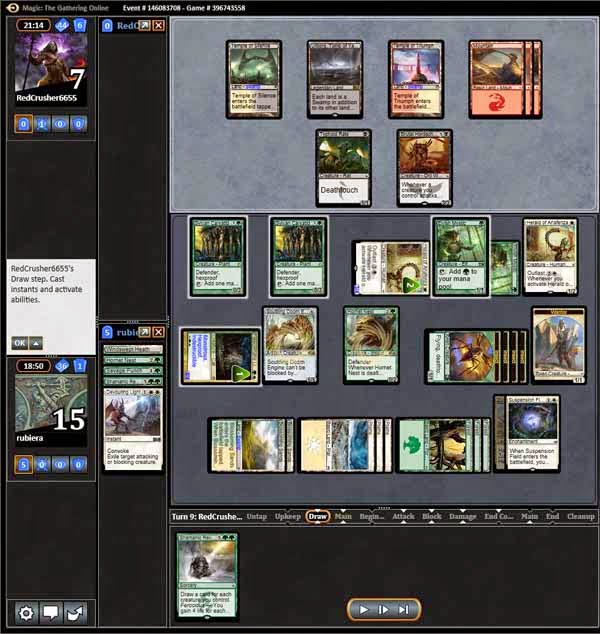 I draw a bunch with Shamanic Revelation, and gg win for me soon thereafter. 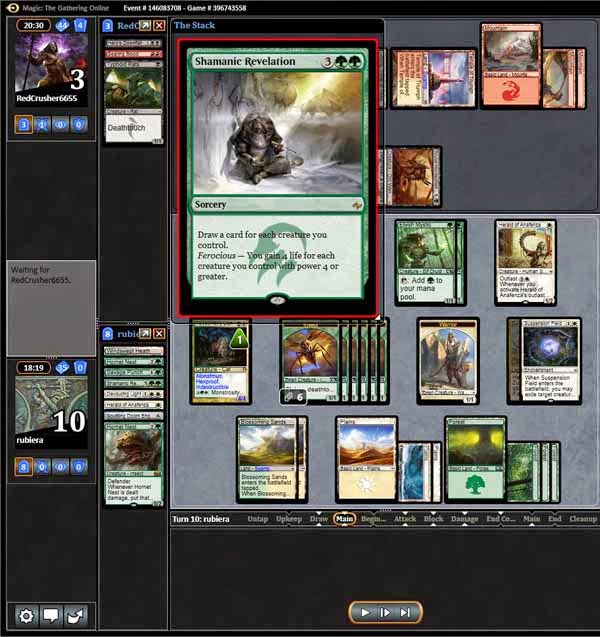 In this game Jace Guildpact is used to pop my engine, I have my token taken out Jace's protecting critter to take out Jace for two. 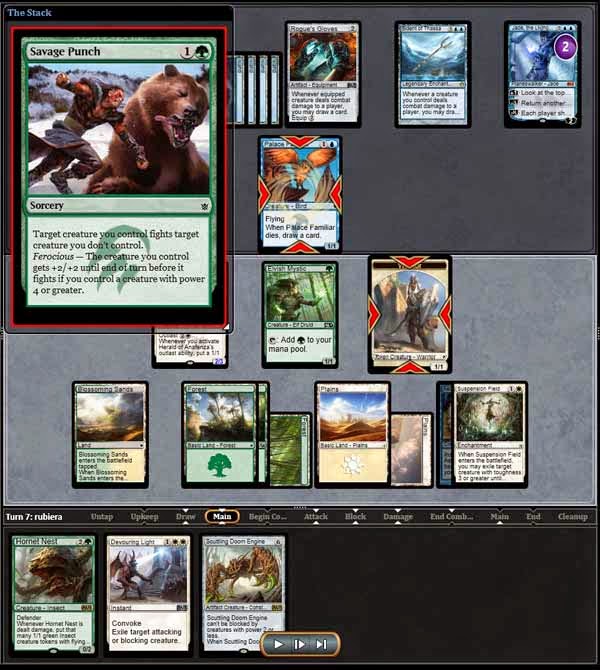 My opponent can drop tokens out of a mana ability. 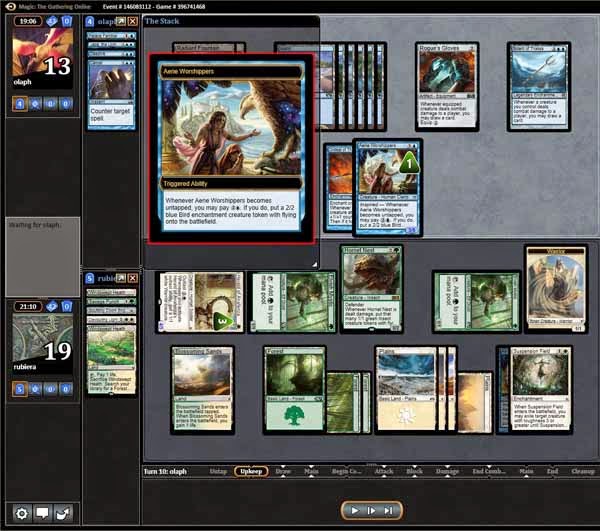 Shamanic Revelation to the rescue, and gg win for me soon thereafter. 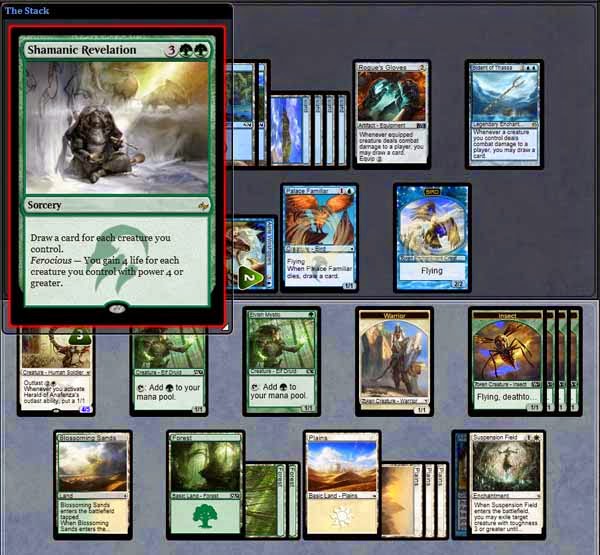 This deck was playing a brutal combo: Gift of Immortality on the executioner critter and if you kill it, it comes back asking you to sacrifice a critter as its enter-the-battlefield ability. I fell for that one once! 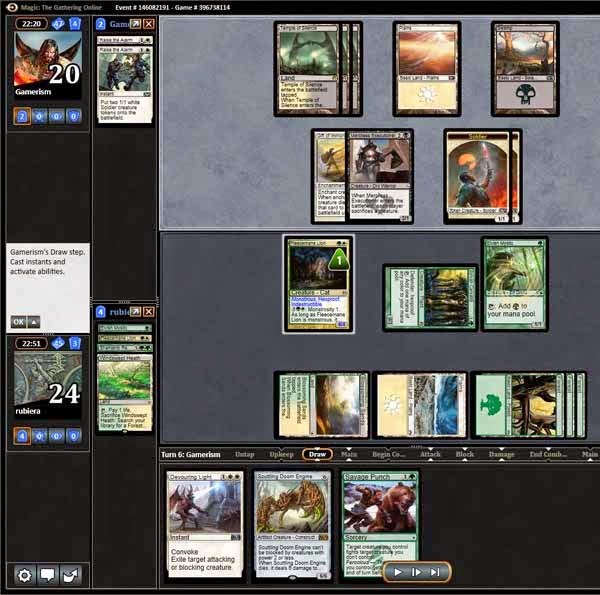 The next time I was asked to sacrifice a critter, I used my engine to hit for 6. 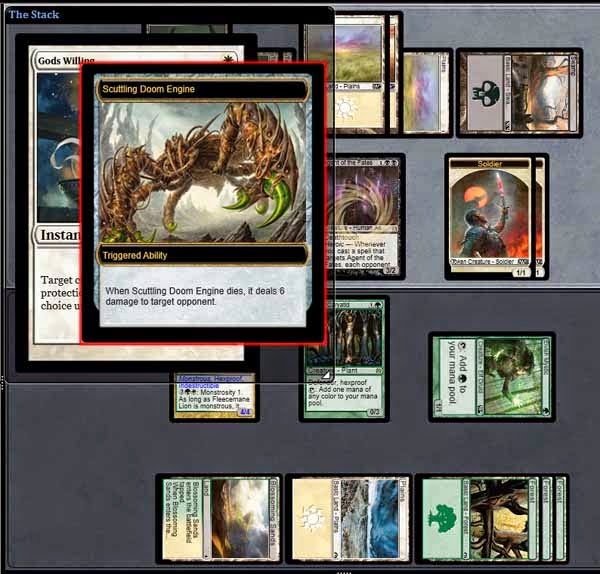 But soon I was out of critters to sacrifice... 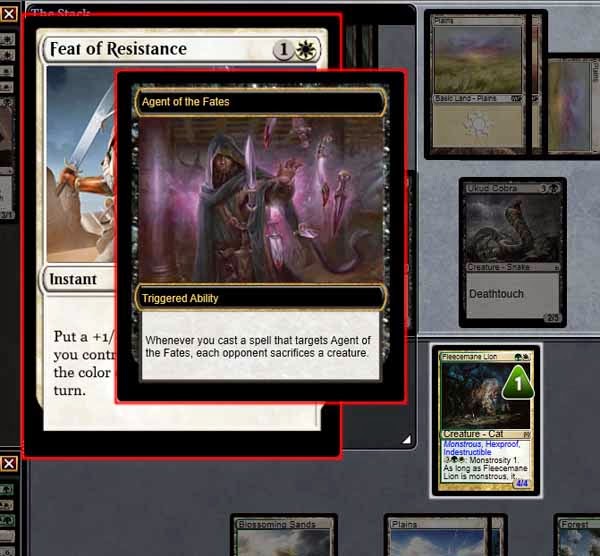 No suspense, Shamanic Revelation to the rescue after popping enough tokens out of Herald of Anafenza. 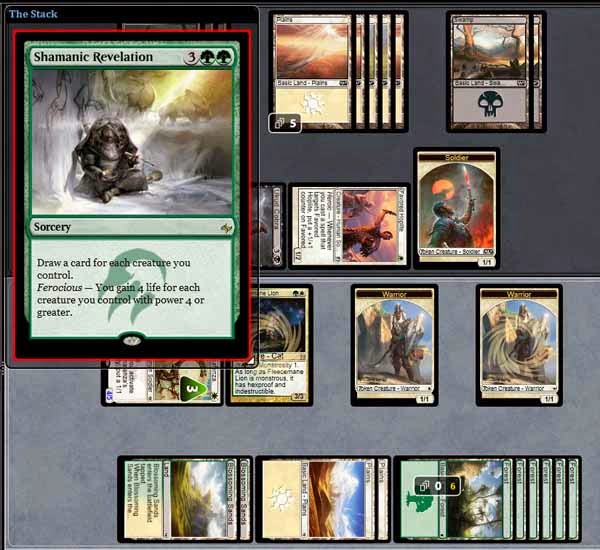 And a selective combat trick to pop the Hornet's Nest. The white Siege was buffing critters and that helped me. 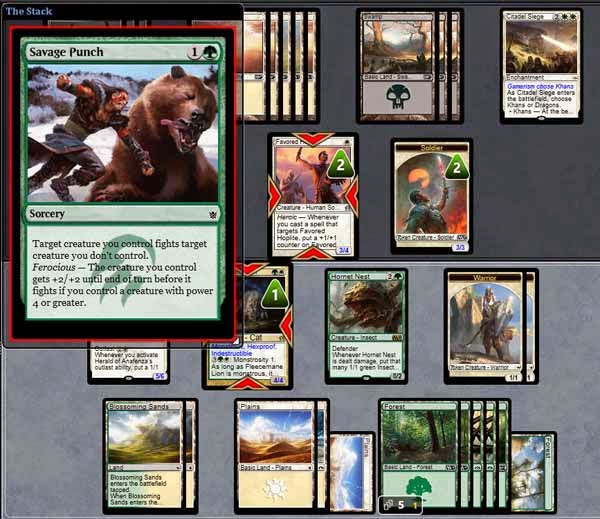 And a Suspension Field on a buffed token. 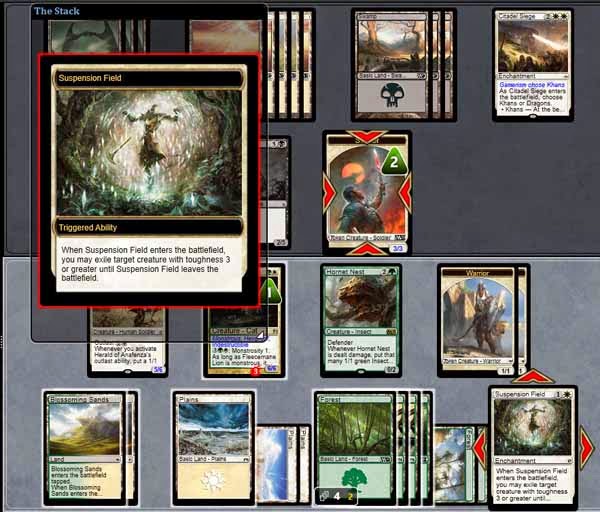 ...and, you guessed it, Shamanic Revelation to the rescue. 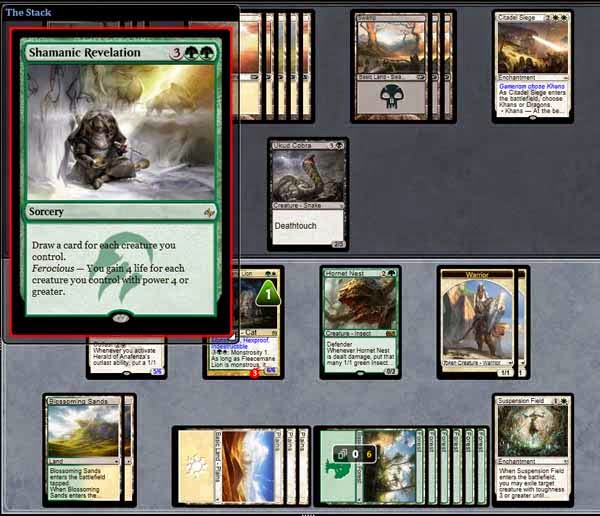 Suspension Field for the last critter, and gg for me for the win. 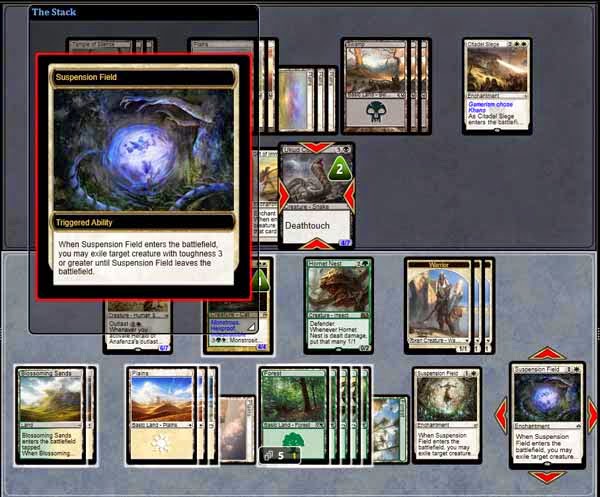