These are the cards needed to play Grixis Delver, UR Twin, Green Tron and Gifts Tron. 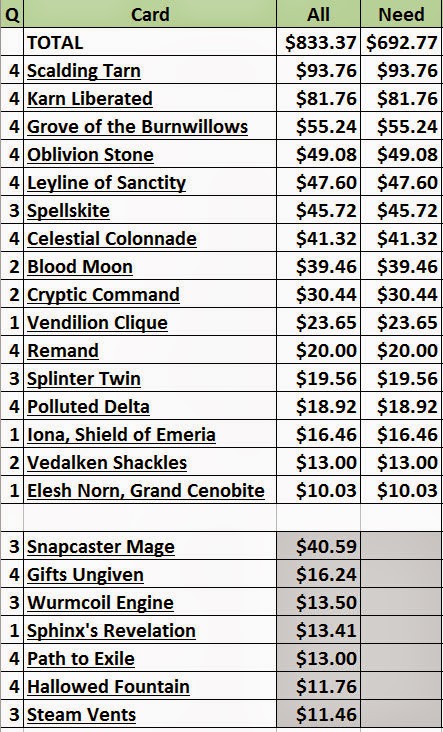 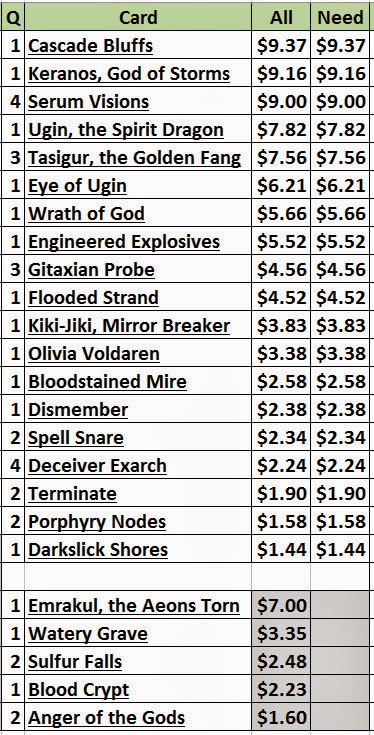 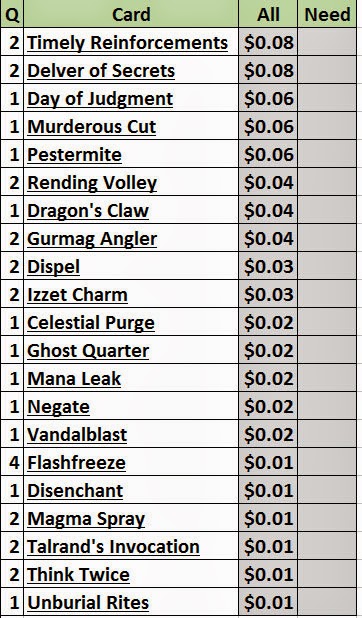 These are two pairs of decks: Grixis Delver and UR Twin play off Snapcaster Mage, and Green Tron and Gifts Tron play off Emrakul. I am not planning to spend $700 to fill these lists. The question for me as a casual player is how to fill these holes with the specific card on this list if the price goes down a lot, or if the card is already within my budget; or how to replace it with a viable card that costs less. My target is to complete this list either with these cards or with budget substitutes for less than $200 within a year. And I add the 'within a year' clause because reprints may come out of Battle for Zendikar, say of the enemy color fetchlands.

May 8 update: Got a few cards not in MM15. These are the cards I need to complete the four decks as initially net decked. 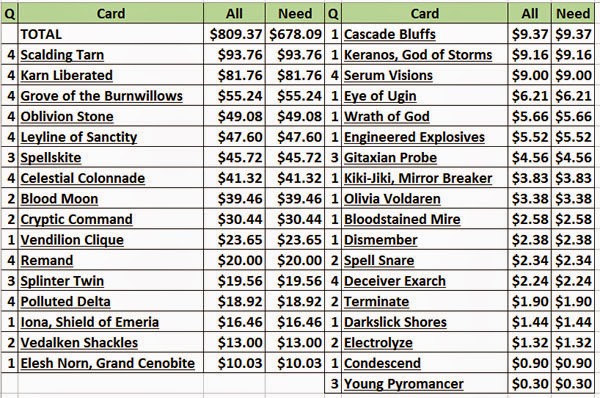 Now that the set has been spoiled, the grayed cards are for later. 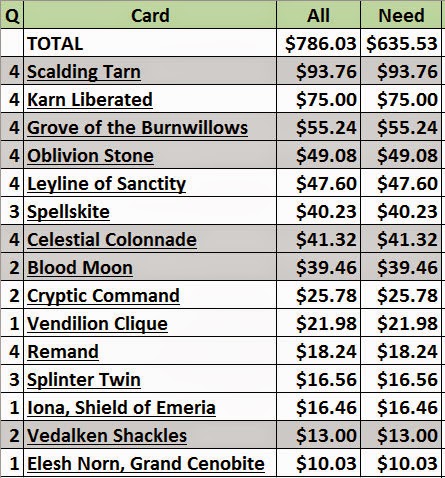 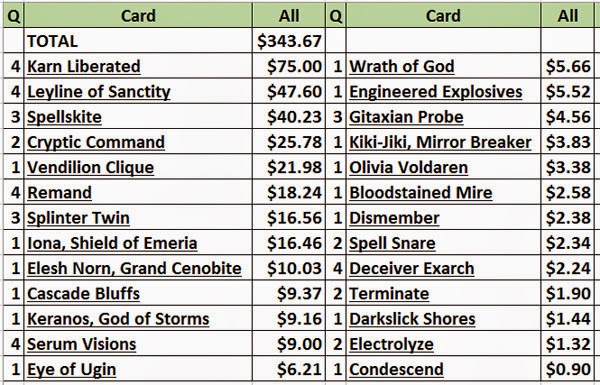