Got passed a Tooth and Nail and a Trinisphere! I won the first game, which is great given my 'always lose in limited' thing. I drafted red and green but my green selection wasn't that good as far as creatures were concerned, and I ended up trimming to just red. 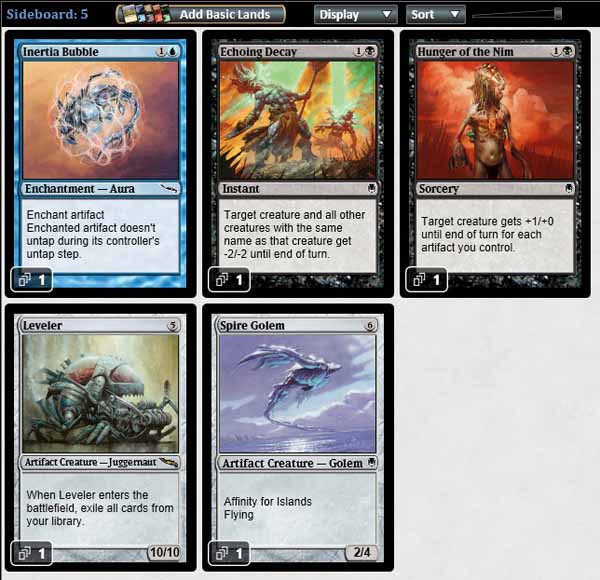 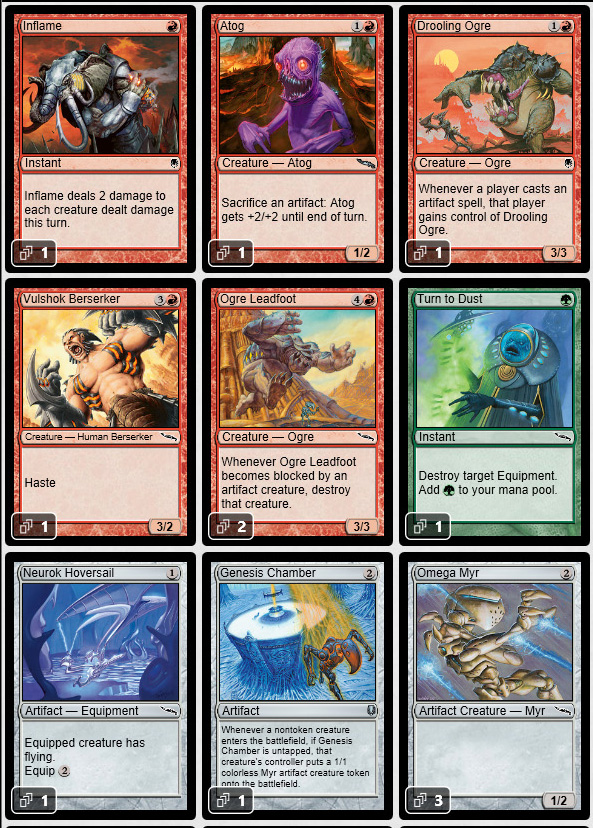 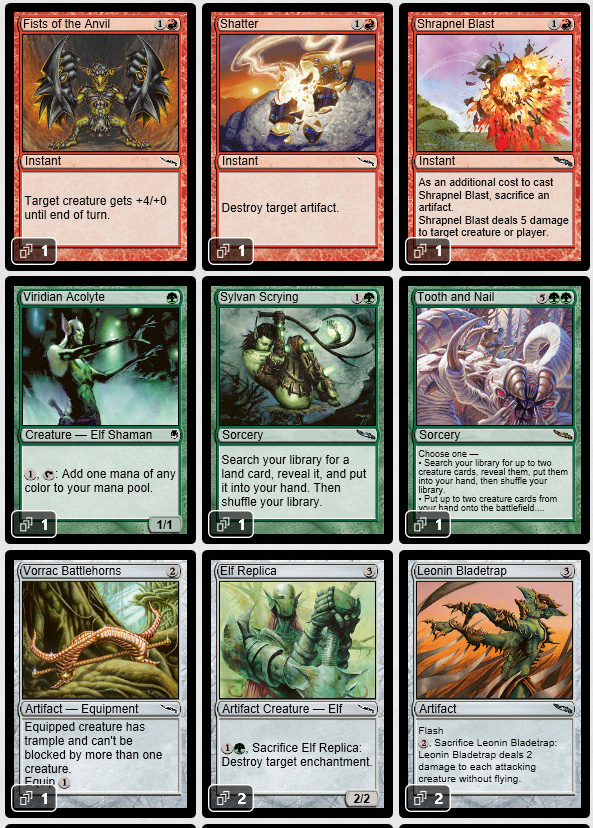 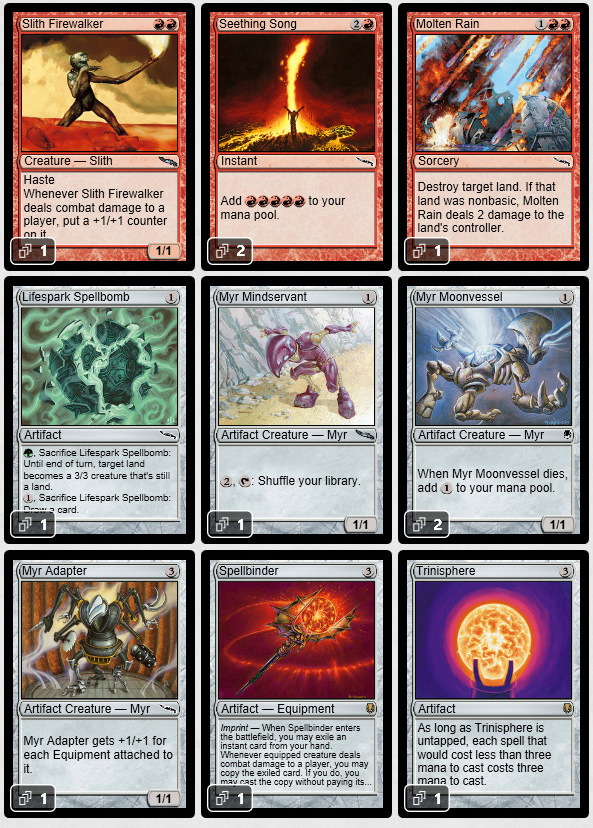 Here is the deck I played. Drooling Ogre was a bad inclusion! 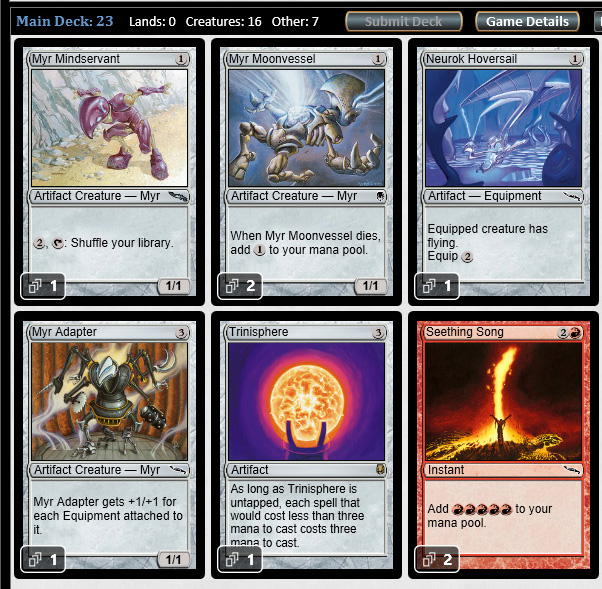 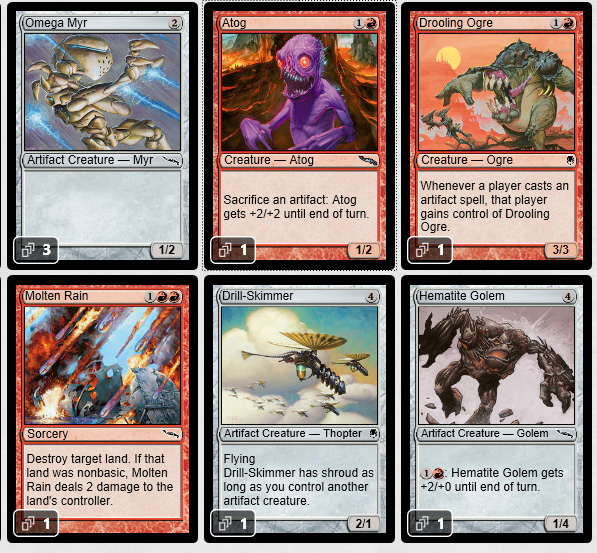 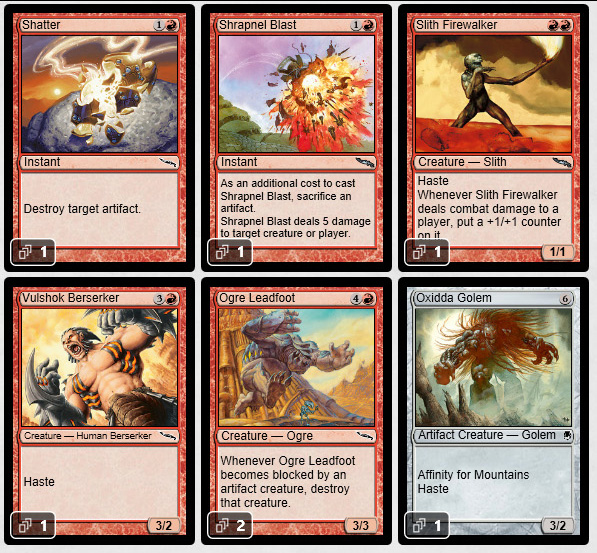 First game I was able to keep hitting with Slith Firewalker. 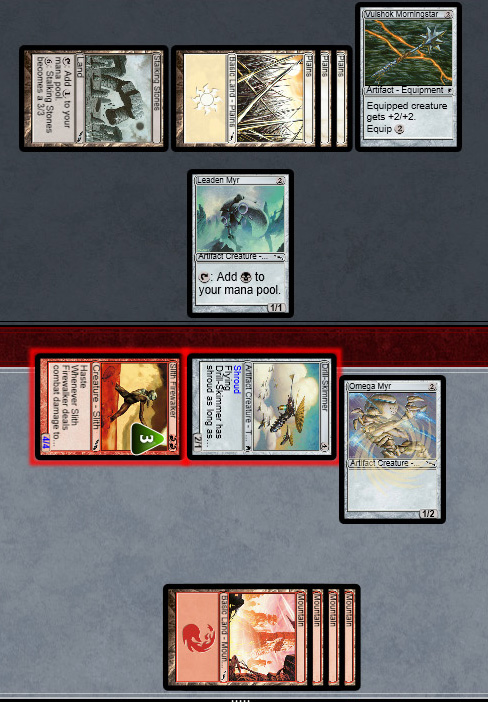 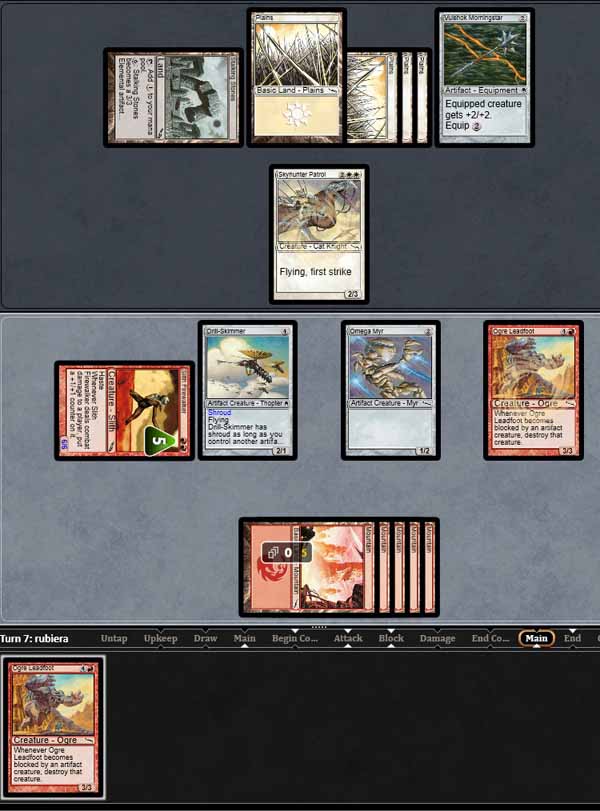 Second game I wasn't as lucky. 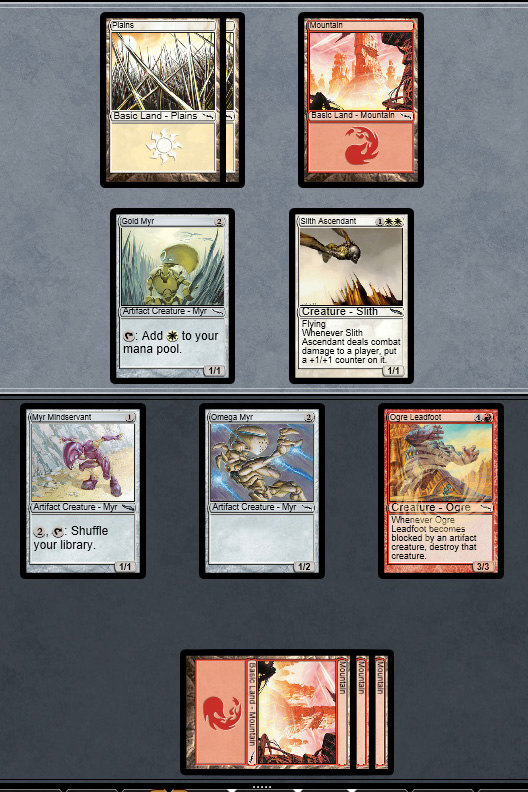 My opponent had Leonin Den-Guard ready to be equipped. 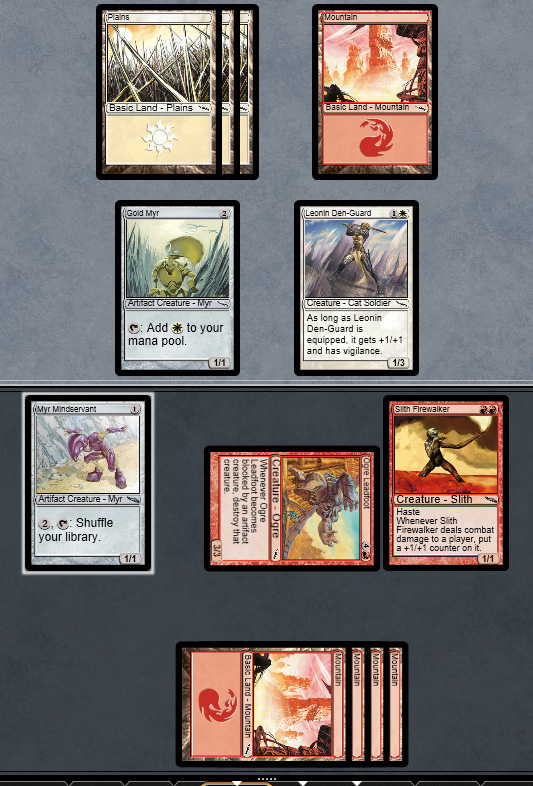 We were at a standstill. 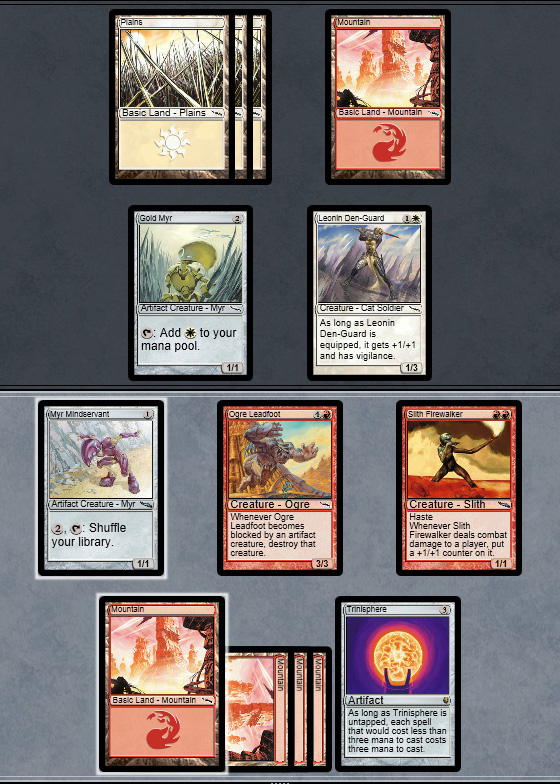 But once my opponent played equipment, it was downhill for me from thereon. 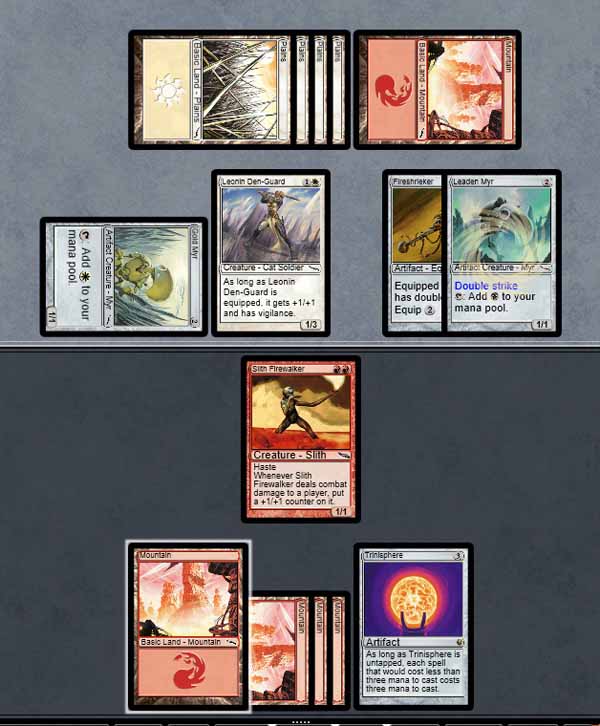 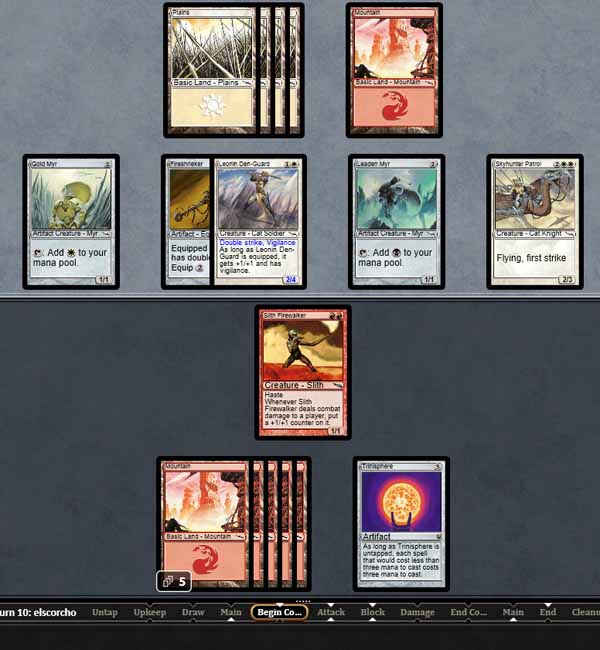 Third game I seemed to be doing well. 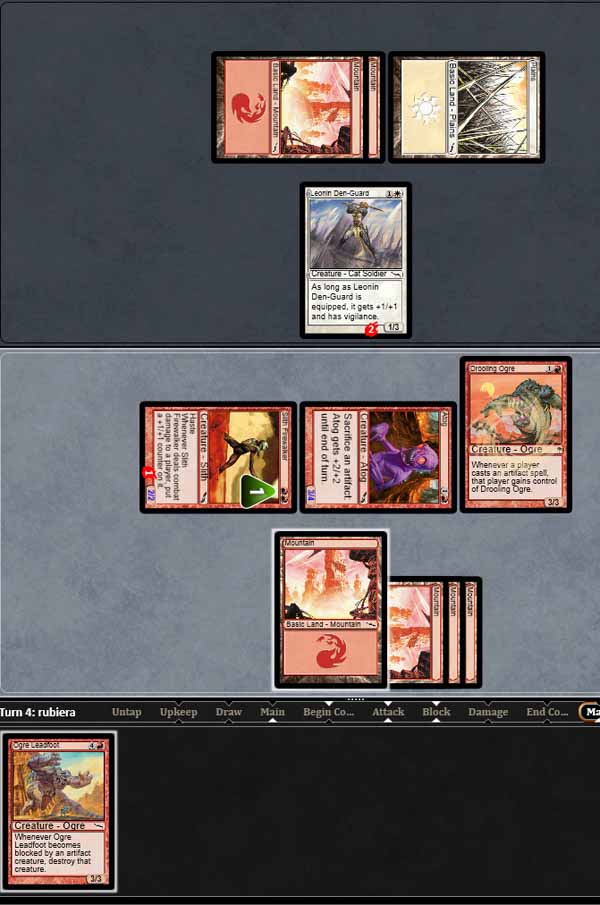 But the same thing happened: equipped double striker and also the Drooling Ogre mistake (mine!). 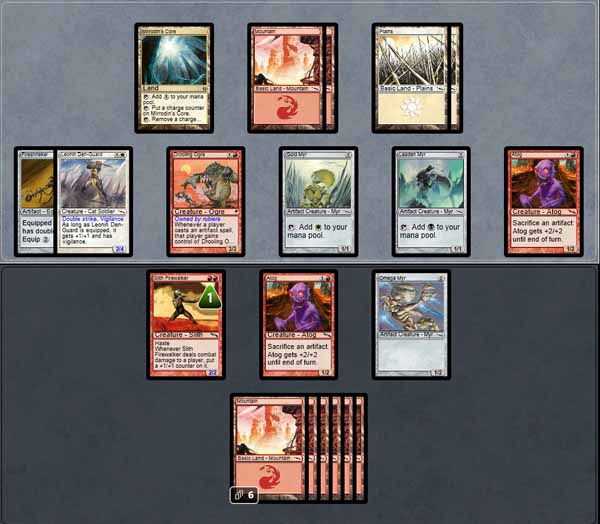 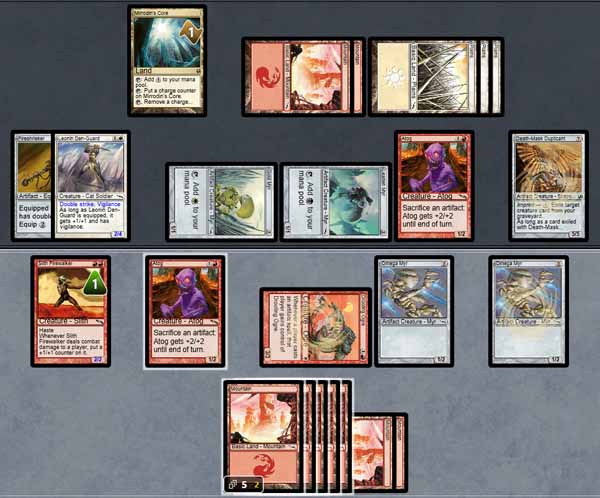 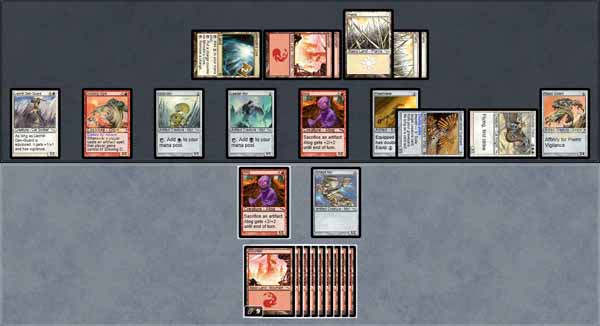