Oath of the Gatewatch Review: Black 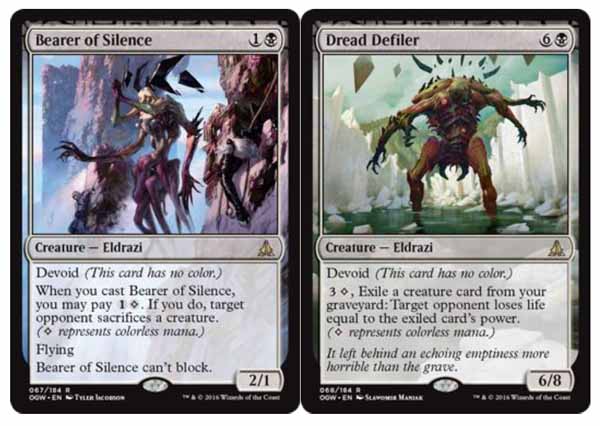 Bearer of Silence: solid attacker, although it cannot be flickered (it would be if it read "enters the battlefield").
Dread Defiler: impossible to cast in any eternal format (Modern/Legacy/Vintage), but solid in Battle Cruiser standard. 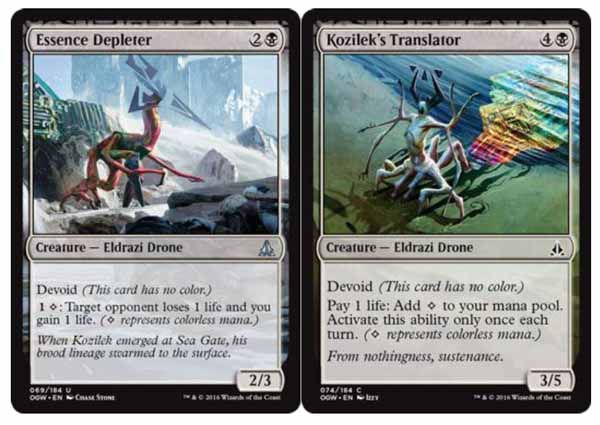 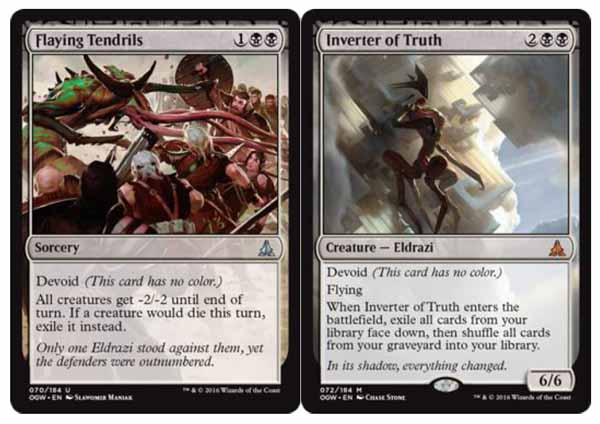 Flaying Tendrils:  mass destruction, solid in standard.
Inverter of Truth: I have to wrap my head around this one. It definitely reads like a Mythic effect. If you have a small library left because of milling, for example, your larger graveyard becomes your library. 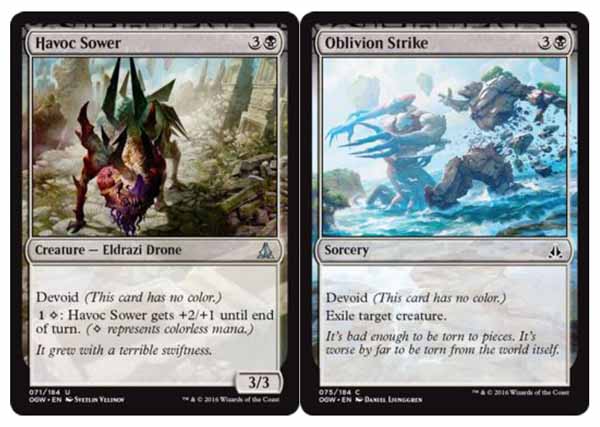 Havoc Sower: can be boosted multiple times. Belongs in a 'Wastes matter' deck I need to try.
Oblivion Strike: solid common, and probably not just in limited. 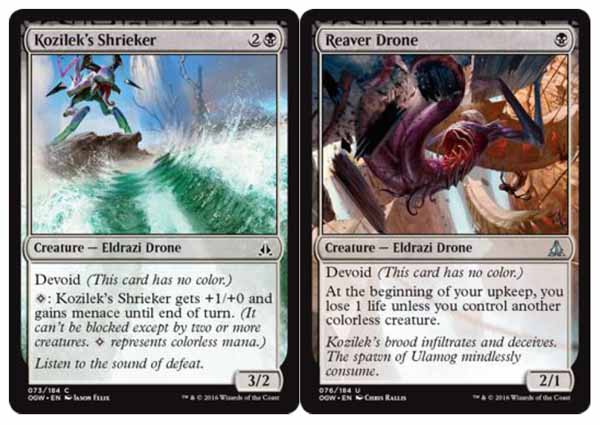 Kozilek's Shrieker: really solid common, another 'must try' creature in a 'Wastes matter' deck.
Reaver Drone: better in a deck that can defend creature drops well, otherwise you are getting dinged once per turn to keep this creature on the battlefield 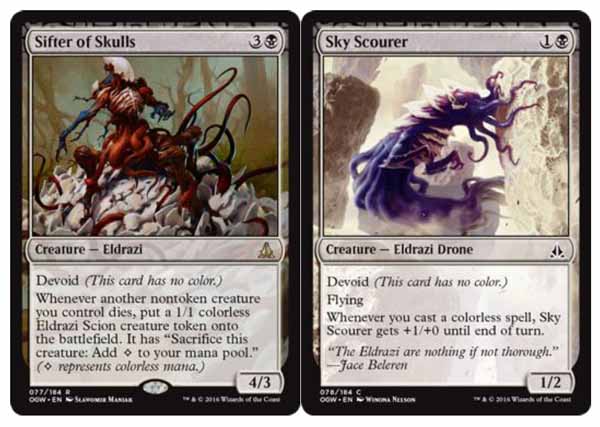 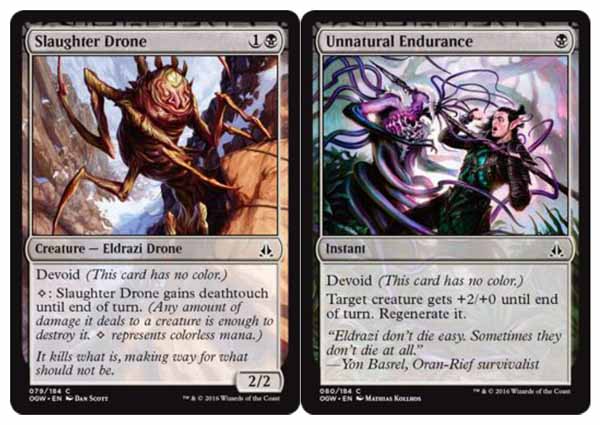 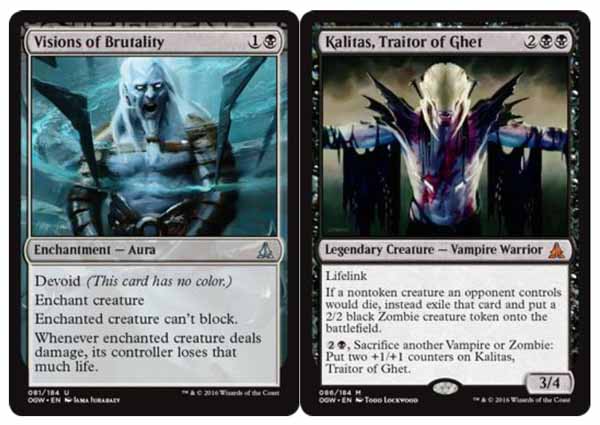 Visions of Burtality: Pacifism in black, reads very good. It will be even if you force your opponent to attack and you can block with something indestructible. A fun combo card to be sure.
Kalitas, Traitor of Ghet: mythic is mythic for sure. A nice addition to many decks. If it turns out to be a money mythic like Drana, I will skip it on principle as a budget Johnny until it rotates out of standard. 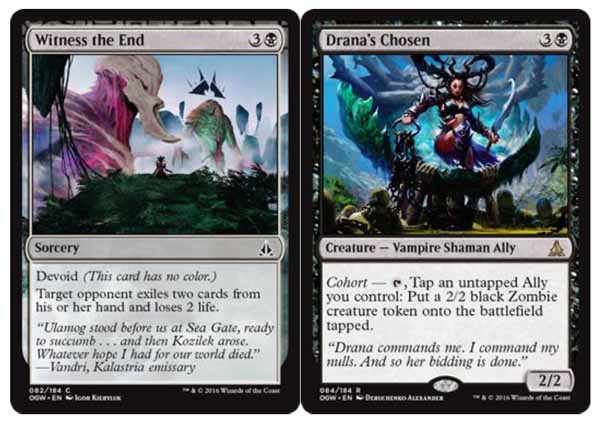 Witness the End: A Mind Rot to feed Eldrazi Processors. I like it.
Drana's Chosen: Cohort -- Don't play this card. Oh, and its a rare, ouch.... everyone who opens this card as their rare will be very upset, and rightly so. This card is a candidate as the Emmara Tandris of this set. 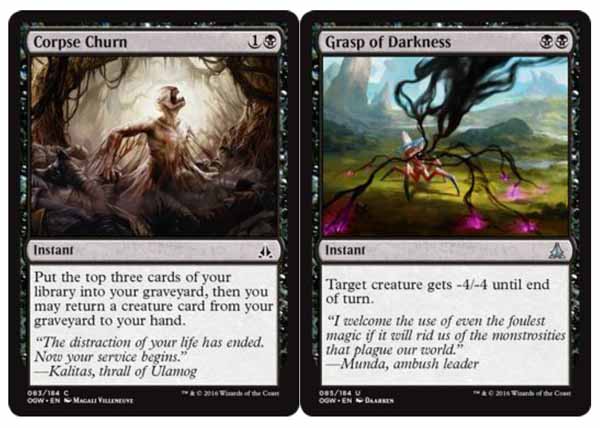 Corpse Churn: graveyard feeder that is likely for synergy with Shadows over Innistrad. I like it a lot.
Grasp of Darkness: solid target removal in Battle Cruiser standard. Compare and contrast with Dismember (

can be paid with either 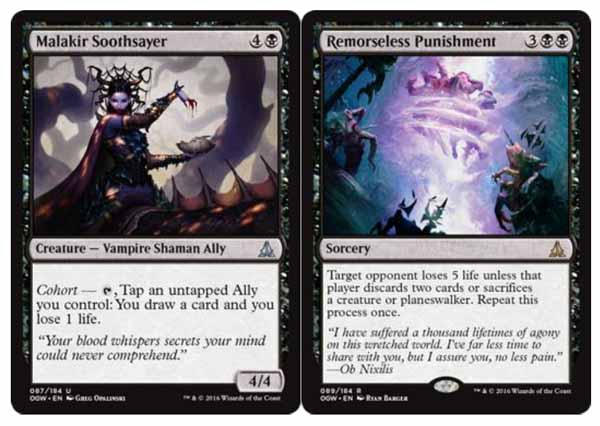 Malakir Soothsayer: am I missing something? I read all of these Cohort cards and all I can think about is "and I am tapping two of my creatures for this?" Maybe I am wrong, but this ability seems to cost too much for what it yields.
Remorseless Punishment: solid card. I want to see it in play but right now it looks very good. 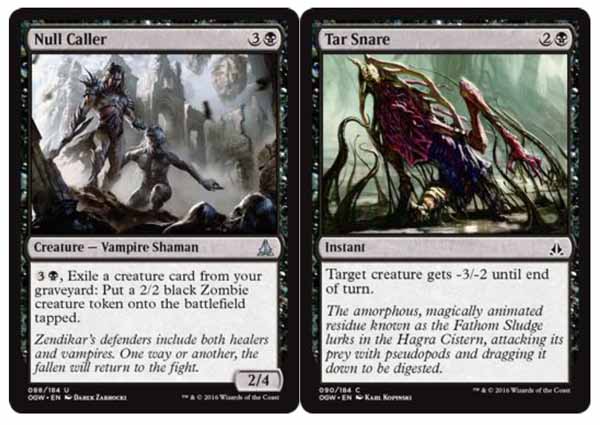 Null Caller:  I want to try the Vampires and Zombies deck with this card in it. 4 mana for a 2/2 Zombie seems fair, and it is a repeatable effect. It should be much better in Modern black devotion.
Tar Snare: limited target removal, a solid pick in that format. 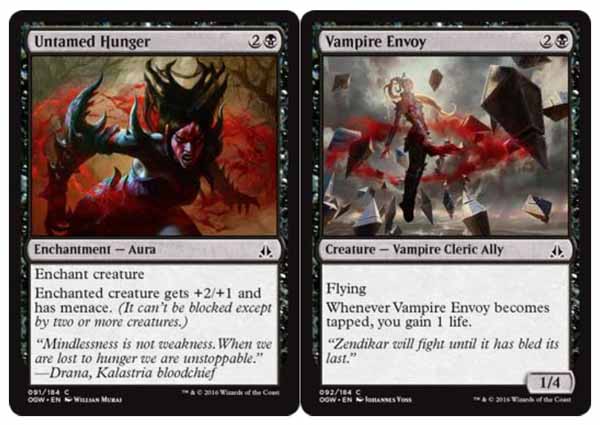 Untamed Hunger: worth trying in limited, maybe in constructed.
Vampire Envoy: is this good anywhere? It only hits for 1. 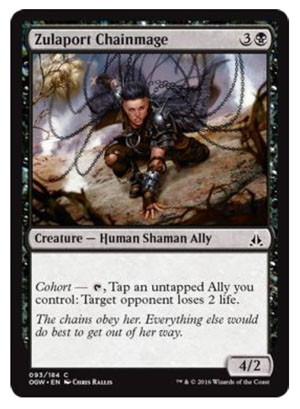