This deck is not as simple and strong as the Origins Elves Casual, and it does next to nothing in the first two or three turns. It could use more counterspells, but this is casual Magic. Here is the deck. 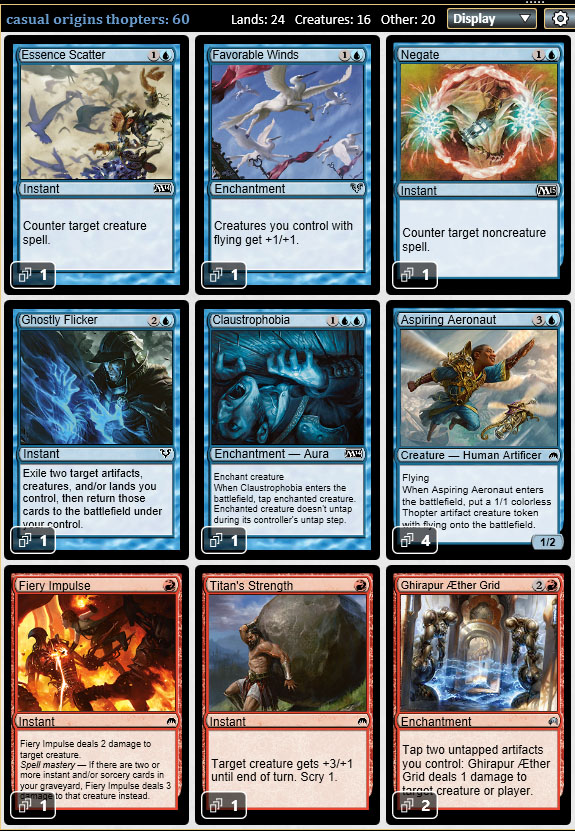 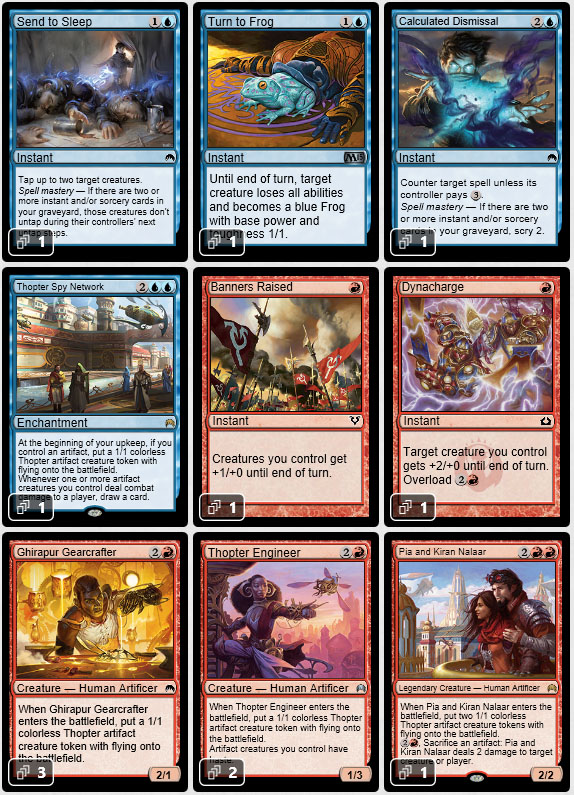 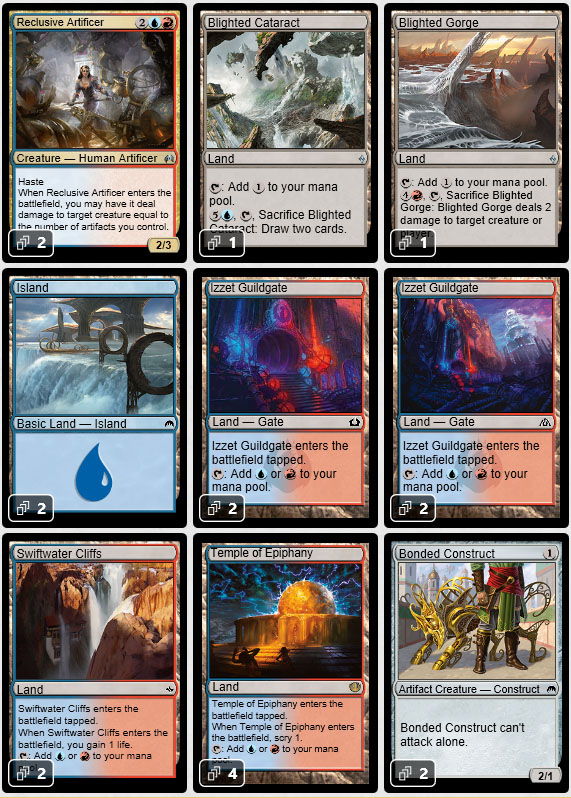 Drop Angel's Tomb as soon as possible. I triggered it so many times! 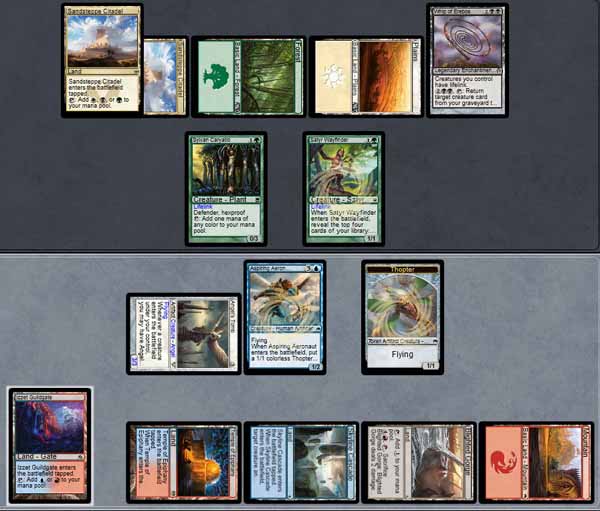 Of course, in just for fun you will encounter over-powered decks like this one. Because it isn't enough to play Grave Titan, right? 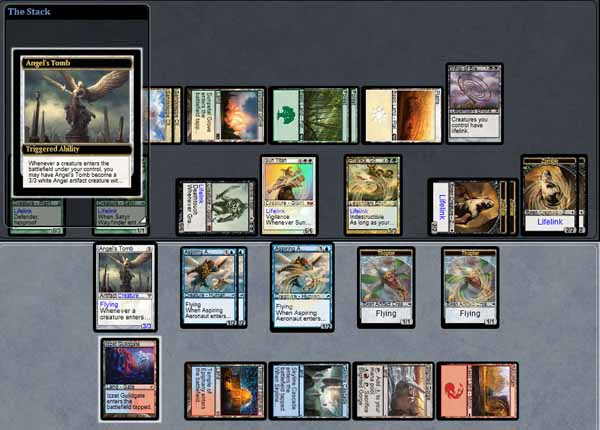 Against some decks, this deck can build a solid field. In this case, my opponent was not able to generate the mass removal needed to trigger Blood Artist and Zulaport Cutthroat, and told me in chat that I was lucky. I felt like replying 'have you heard of variance,' but I didn't. 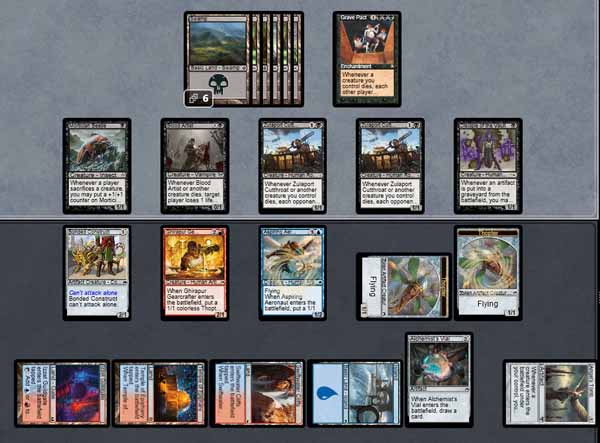 Here Angel's Tomb takes out Ajani, Caller of the Pride. 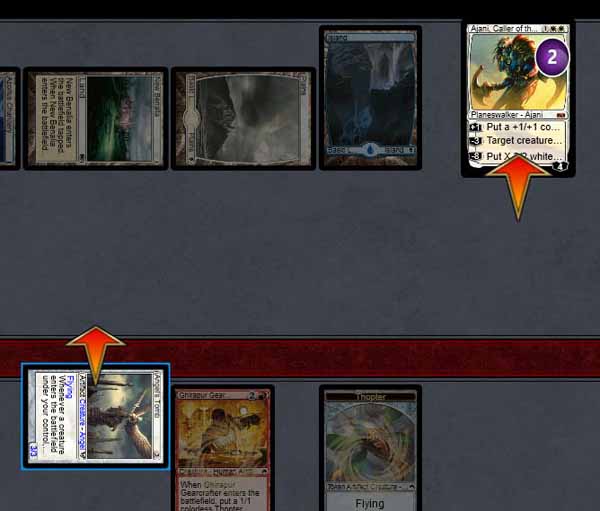 Giraphur Aether Grid takes a lot of work to trigger. It seems a better fir with more artifacts than this deck has. 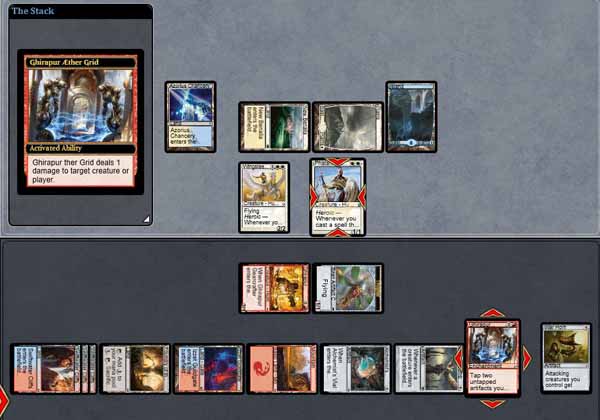 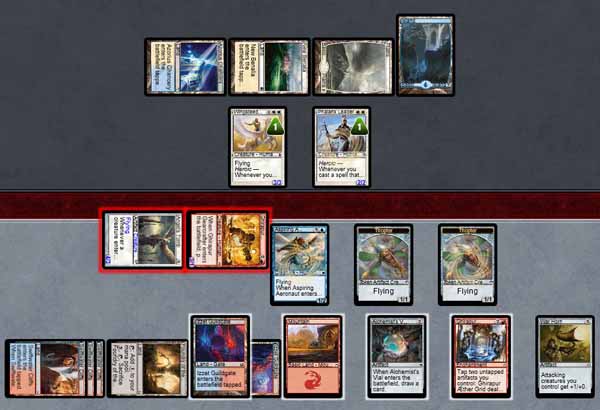 I neutralized my opponent's flyer to hit with my flyers. 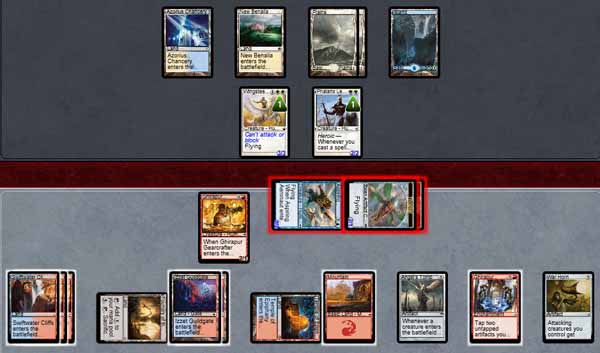 Here I tap the lone flyer. 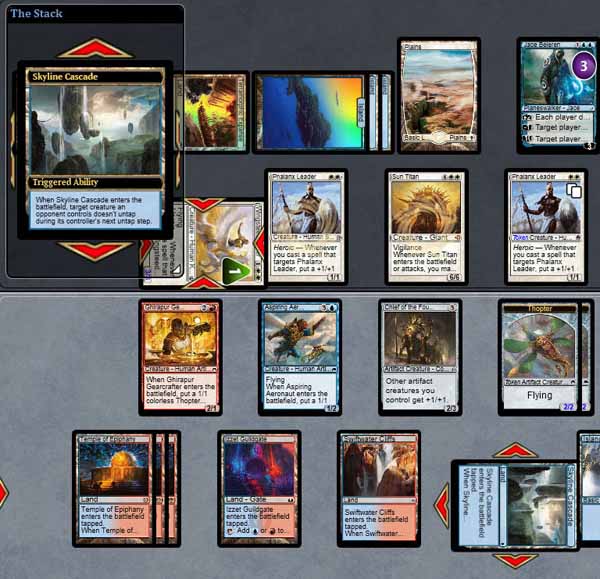 I lured my opponent to block.... 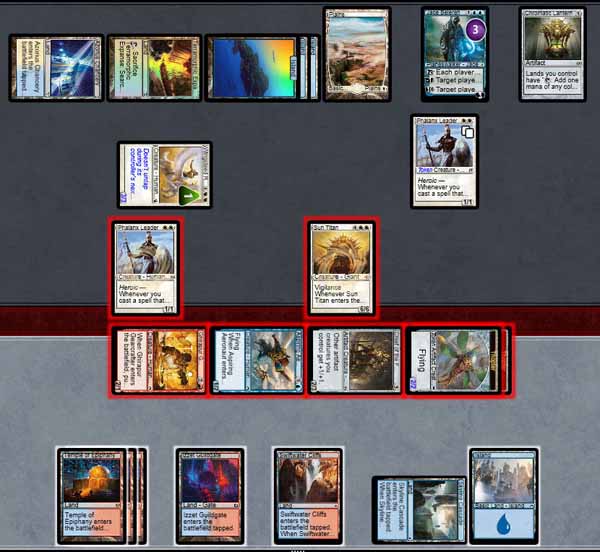 ...and then I cast Turn to Frog on their Sun Titan. Unfortunately they had an instant that gave Sun Titan protection from blue.... sigh. 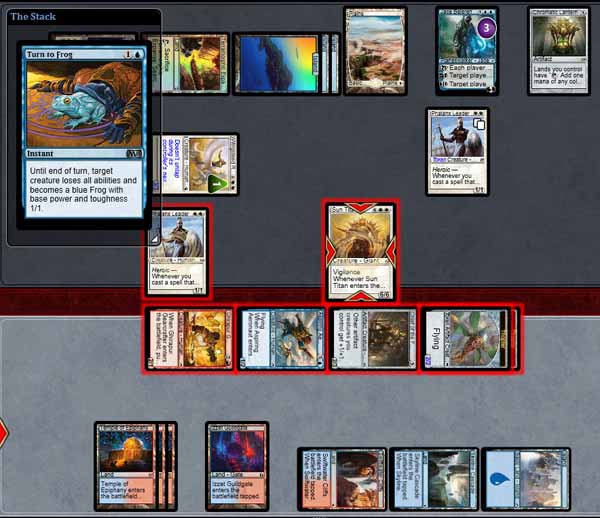 Here one of my flyers gets through. 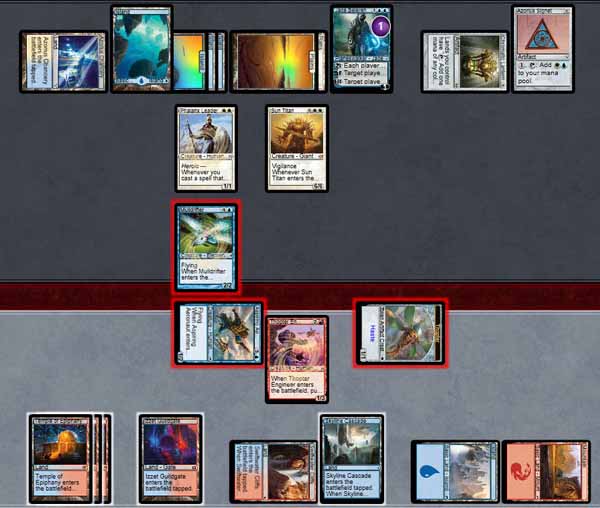 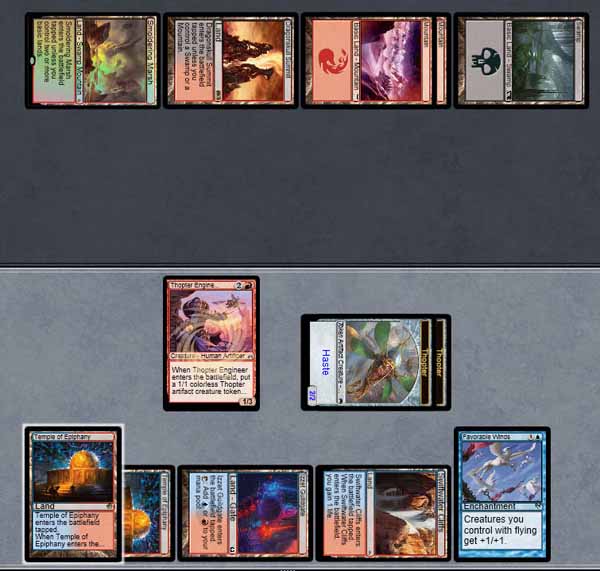 My opponent has two titans, but no flyers. Yes, I lost, of course! 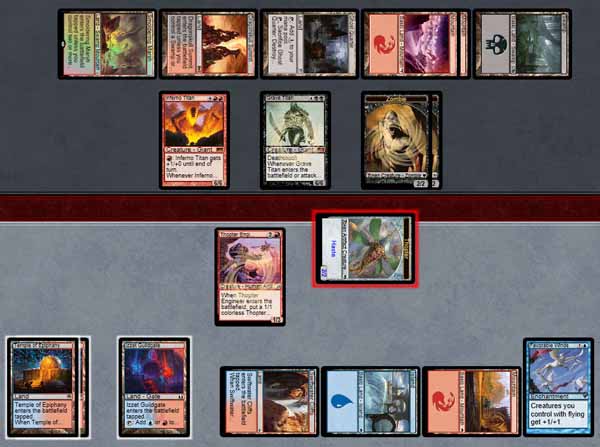 There are many one drop artifact creatures that are better than Bonded Construct. 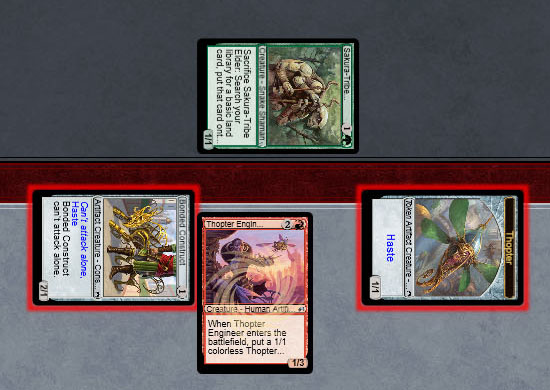 Here is Turn to Frog on a blocker.

One of my favorite cards: Ghostly Flicker. I needed two more Thopter tokens from it. 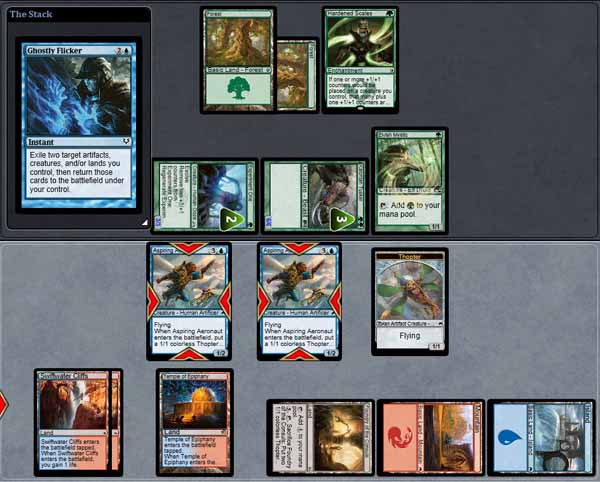 Reclusive Artificer is very good against a field of opposing creatures. This deck does not need more than two because Modern is not as creature-centric as Standard and this deck is not packing as many artifacts. 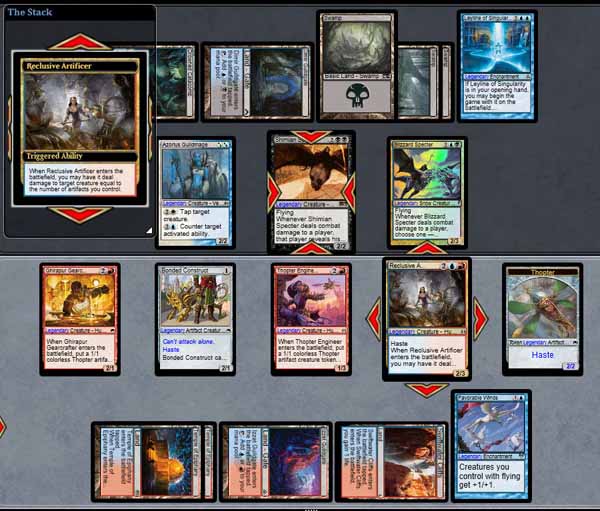 I only have one Titan's Strength.... a waste to use Memoricide on a single card, and not even a game-ending one. 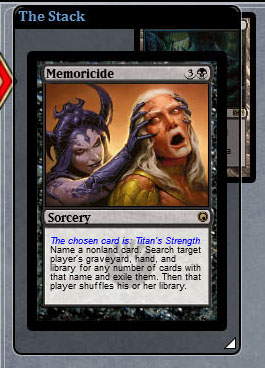 Here I tapped both opposing creatures with Send to Sleep. I am sure this card is really good in limited. 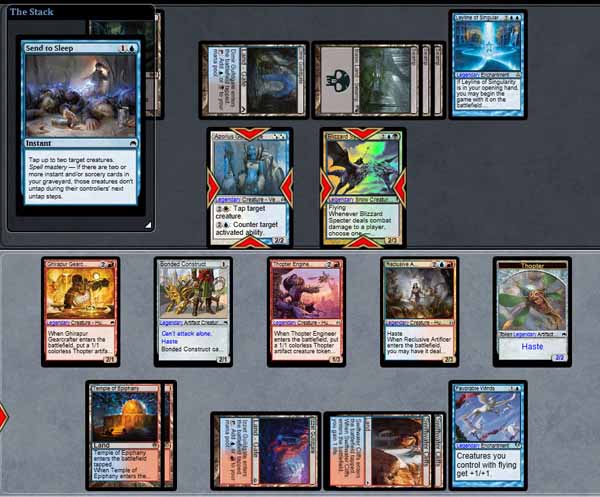