Origins Toolkit Out of the Box

This is the best product for a beginner player. It is $20 or $21, and comes with 4 packs. You are paying $5 for everything else, effectively. Here is what the box looks like. 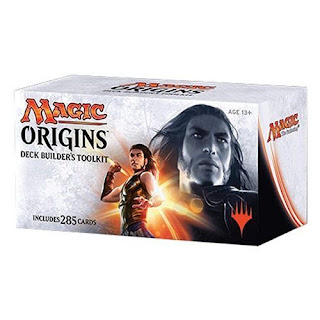 The group of cards with the Aegis Angel as a top card has cards for each of the five colors. The one with Spidersilk Net has two of each of the common dual lands from Khans of Tarkir block and additional basic lands, another pack with 10 of each color land, and a pack of four selections geared to two-color pairs, each topped with an Evolving Wilds. 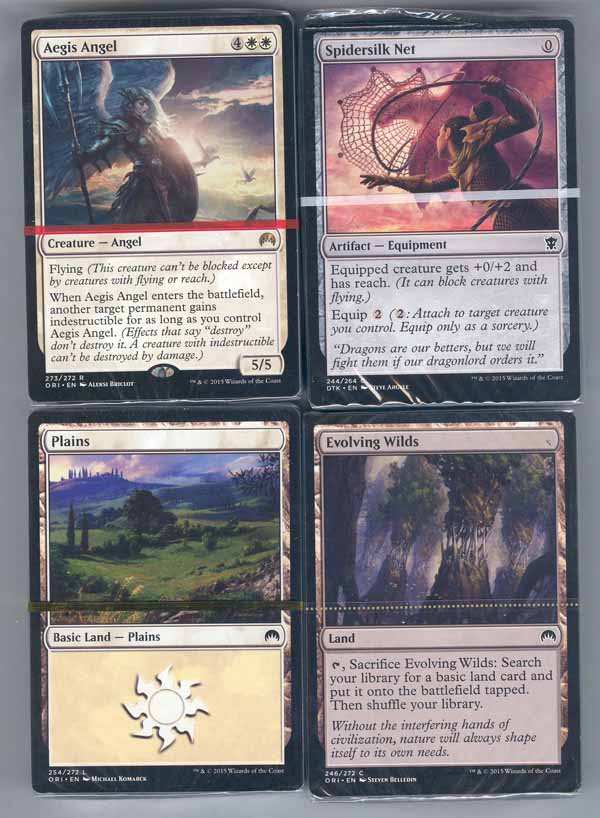 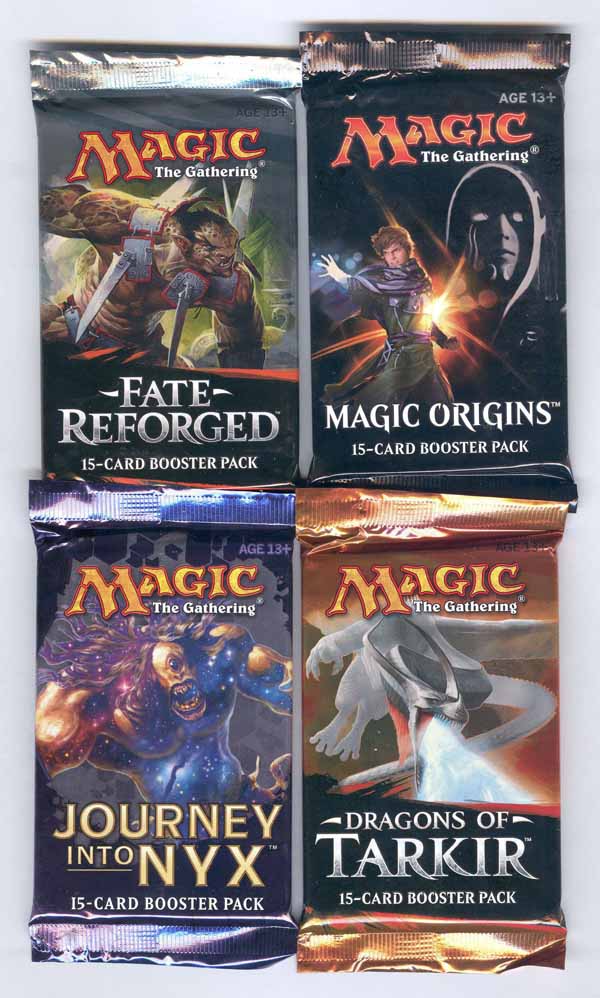 Let's crack the packs. The Journey into Nyx has a Mythic Rare. 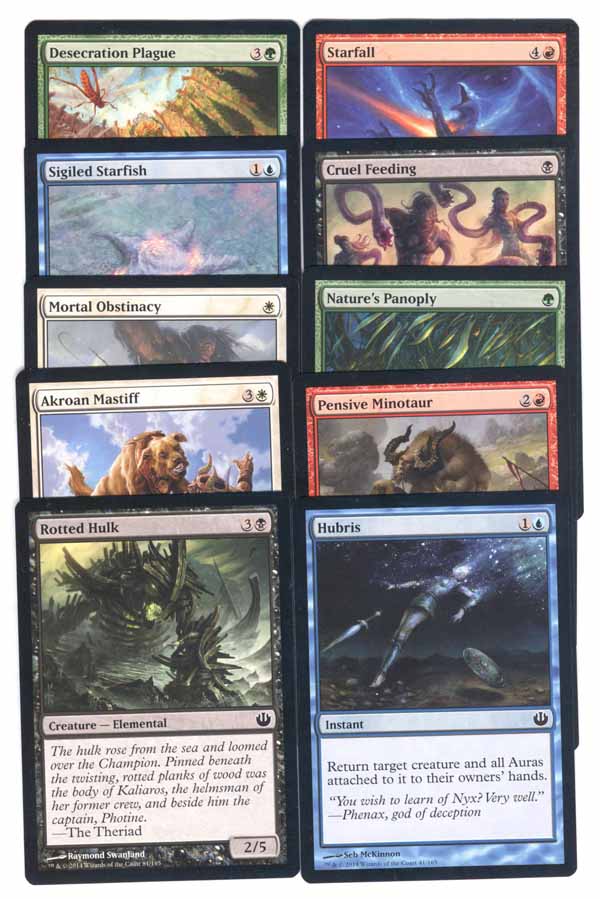 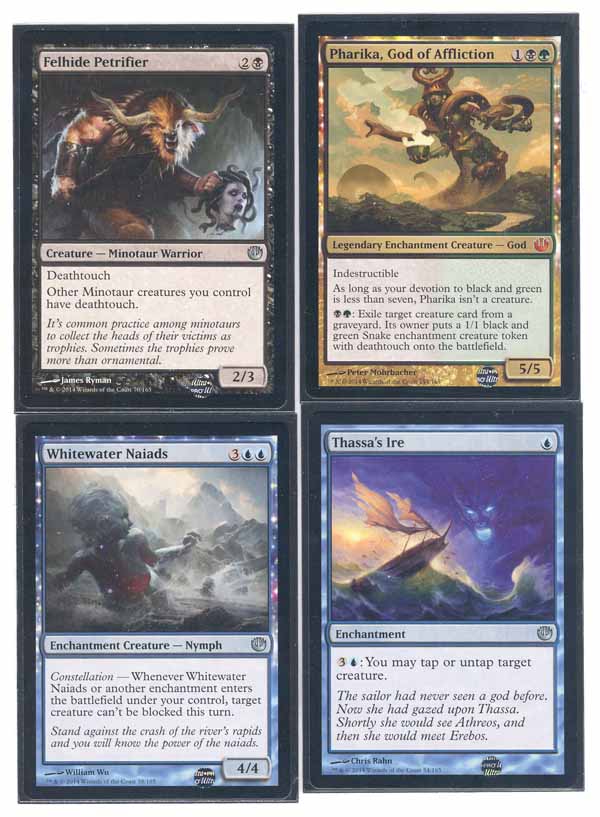 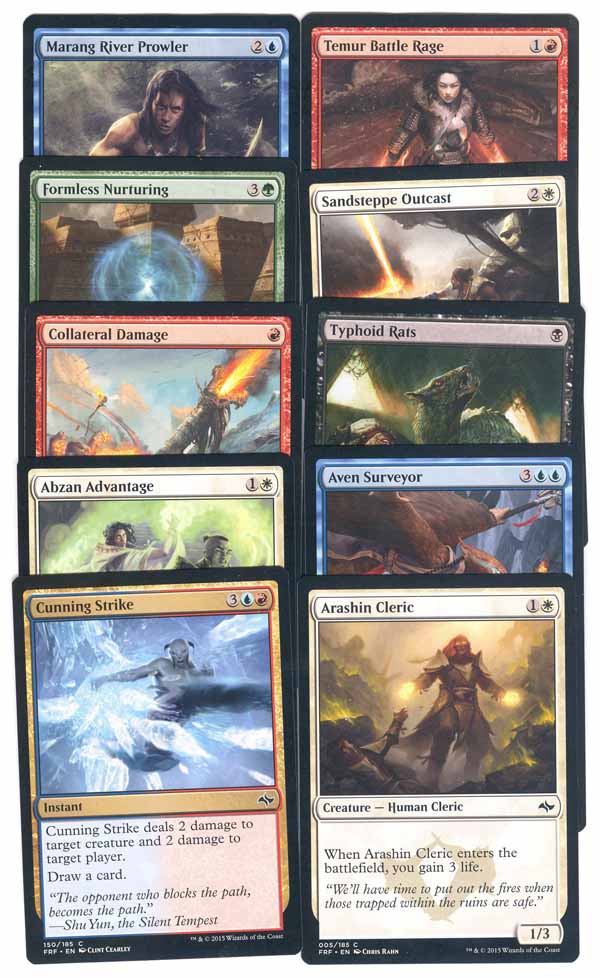 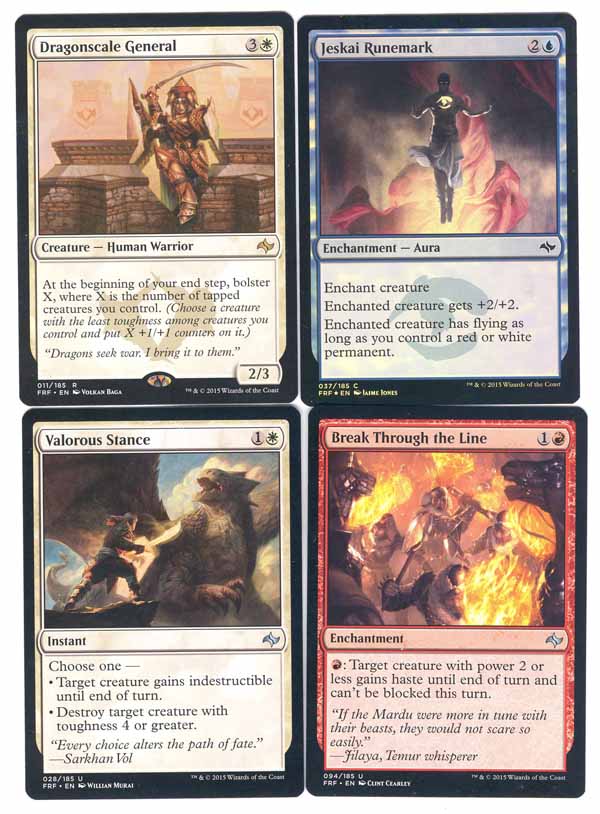 Dragons of Tarkir: another Mythic Rare! 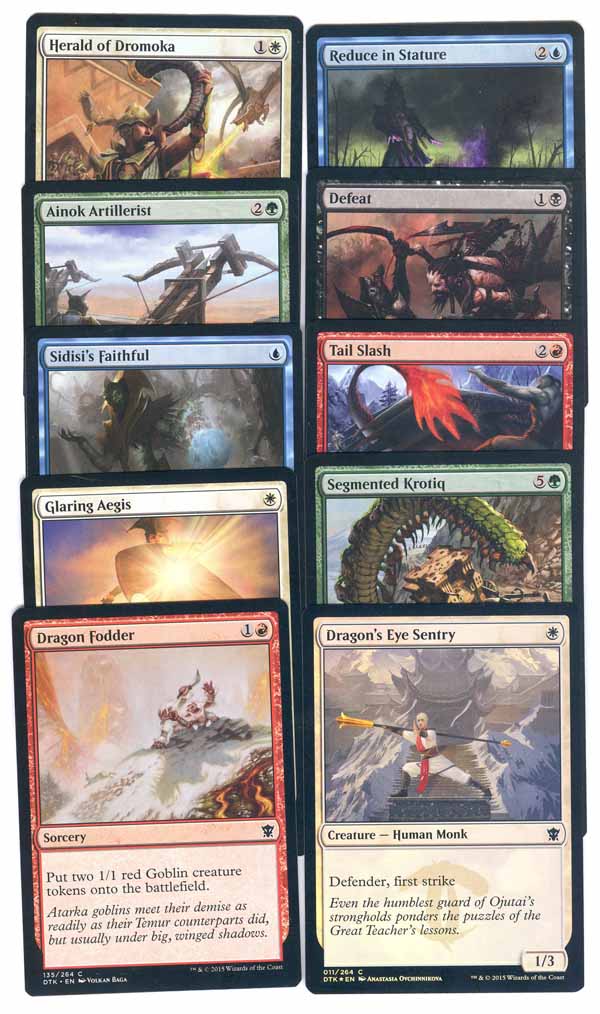 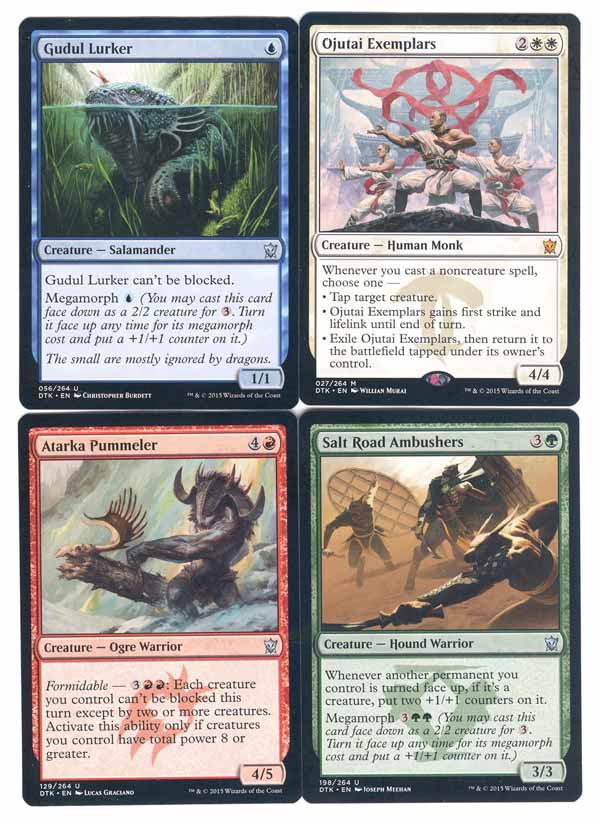 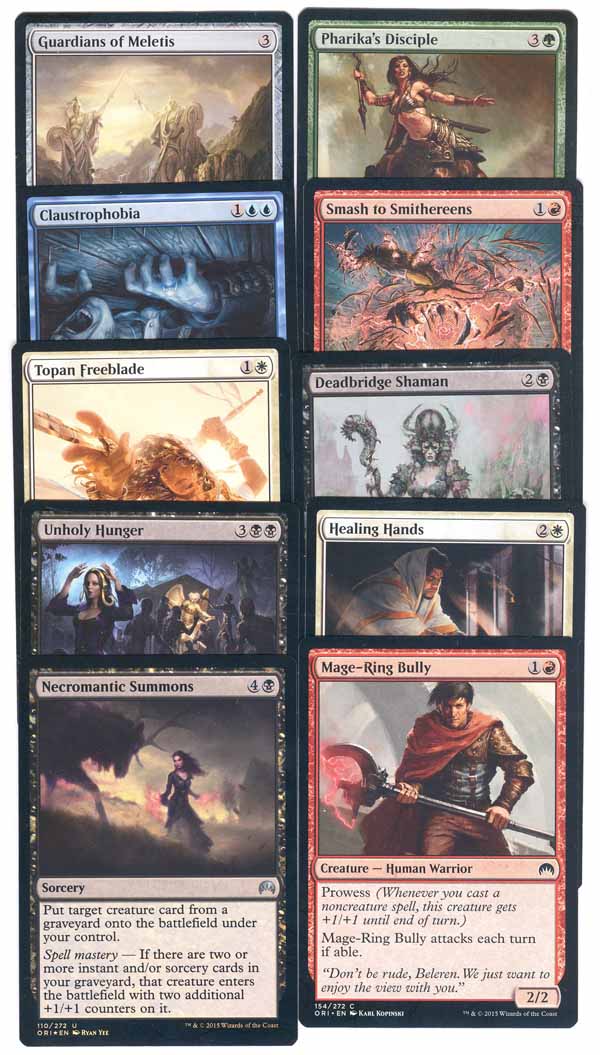 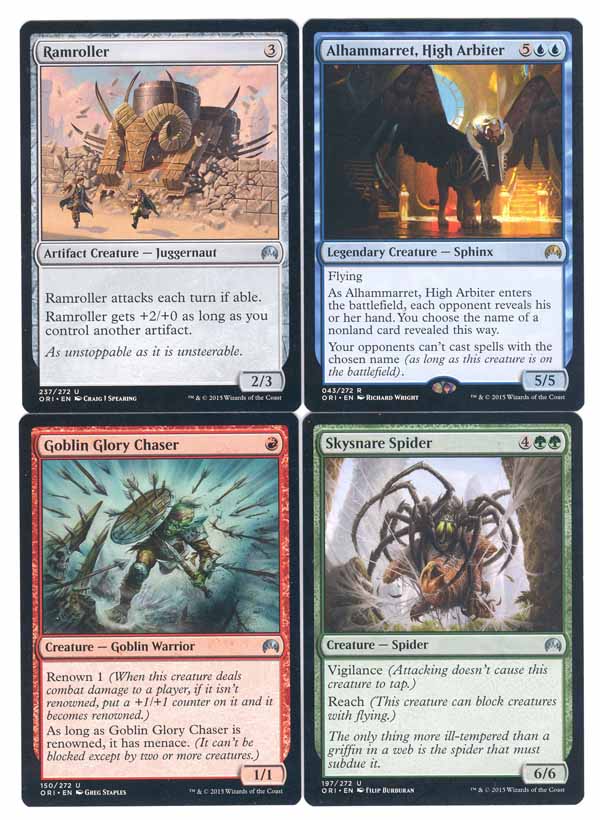 Here are the four two-color selections. Each one has four un-commons and six commons.  The first selection is Red-Green with an emphasis of dropping big green creatures. 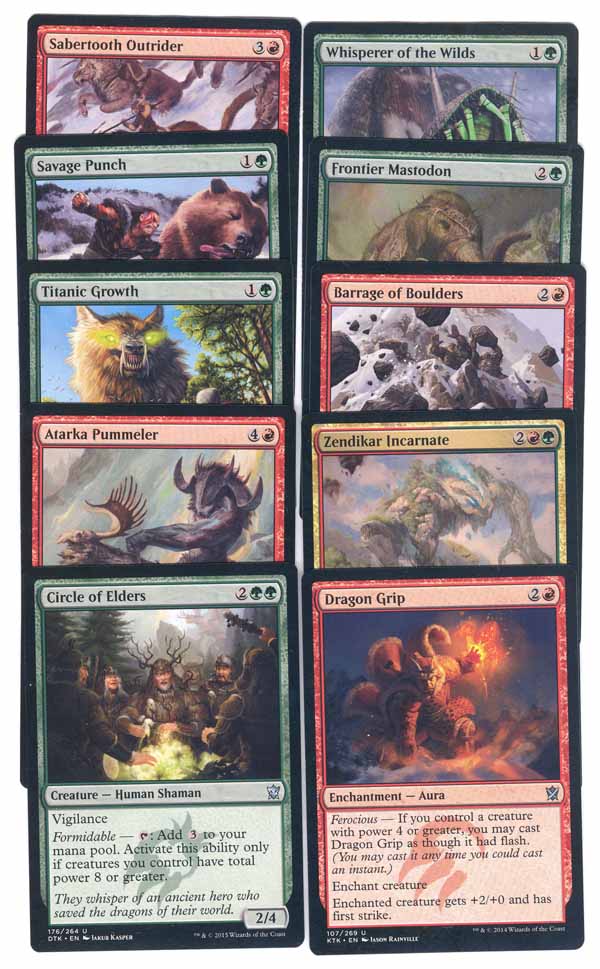 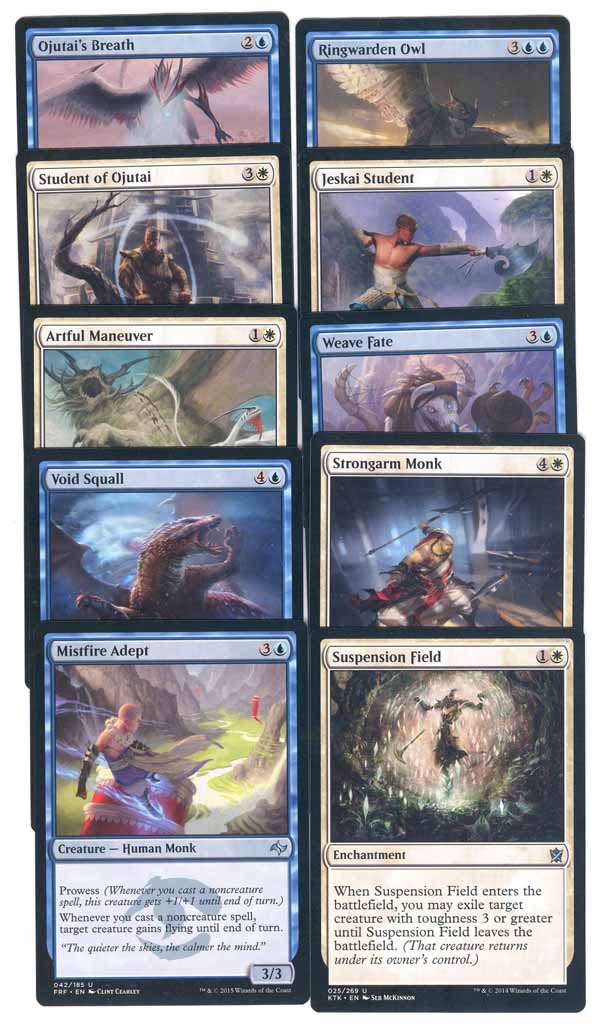 The third selection is Blue/Red Thopters. 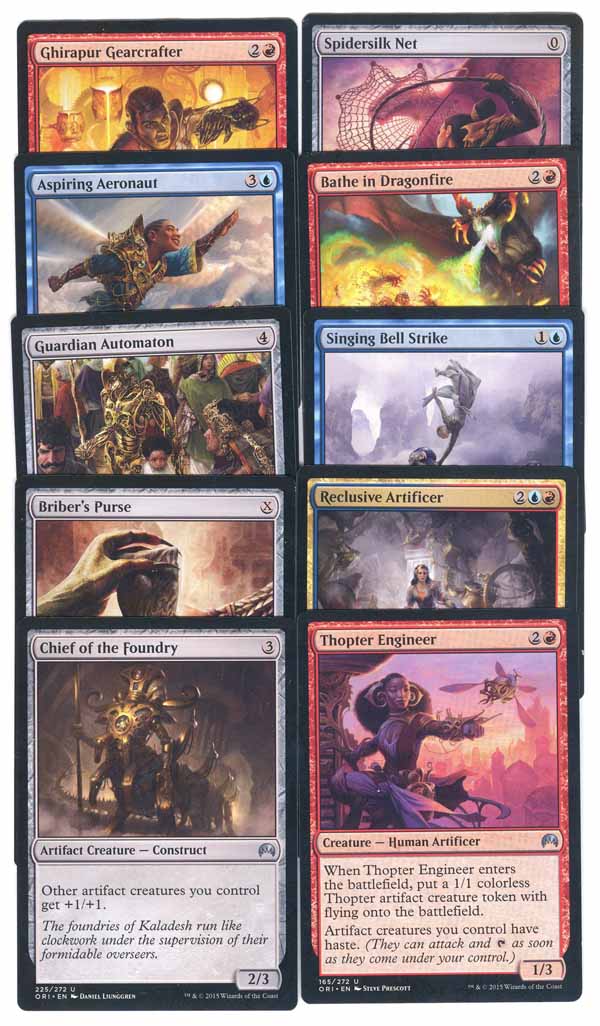 The fourth selection is Green/Black with Deathtouch. 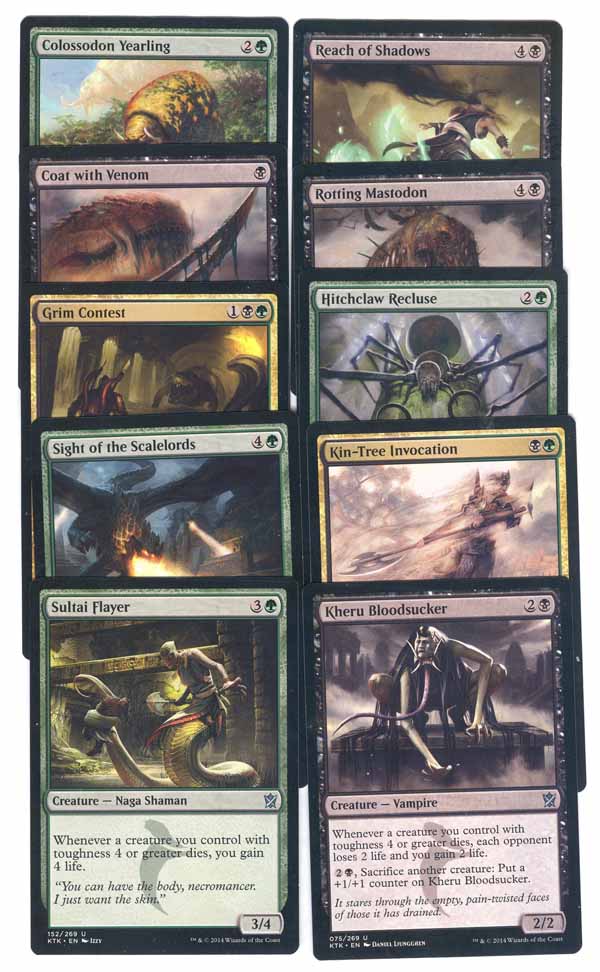 The Khans of Tarkir block common dual lands that come in tapped and give you one life: 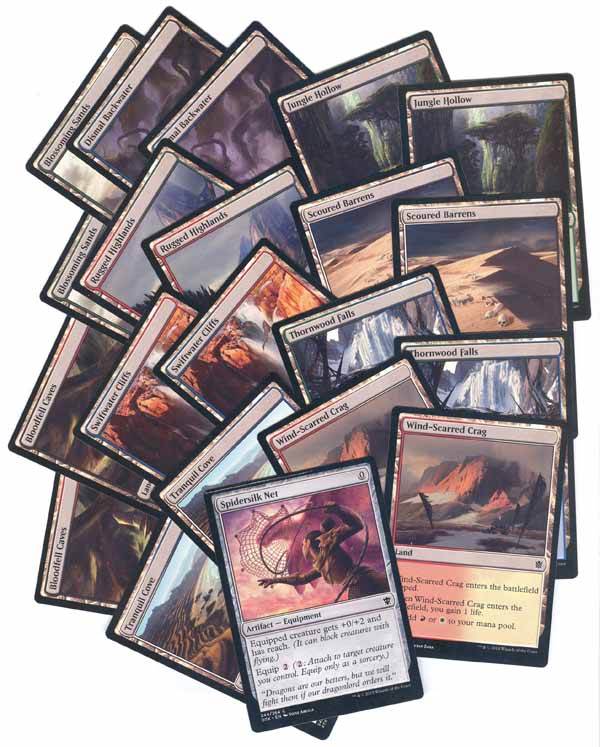 The selection of cards for each color, with five fatty rares. Most of these cards are very good at the common and uncommon rarities. I could rattle off the names of the ones that are most useful, yet most of them are. This is a really good selection. Actually, with three other toolkits you would have playsets of the most playable cards in Standard at common and uncommon. 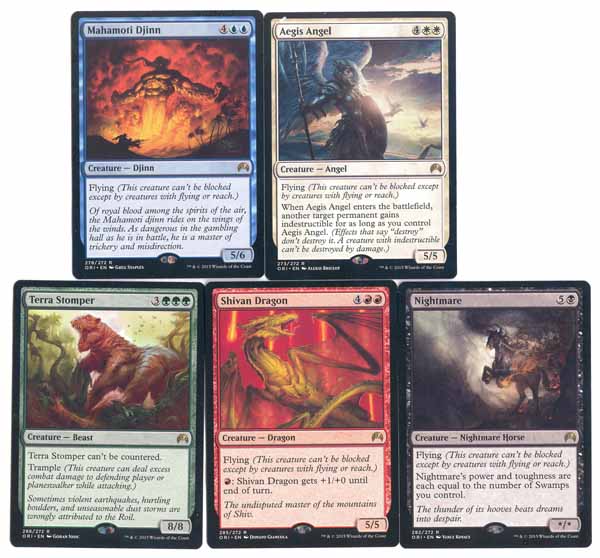 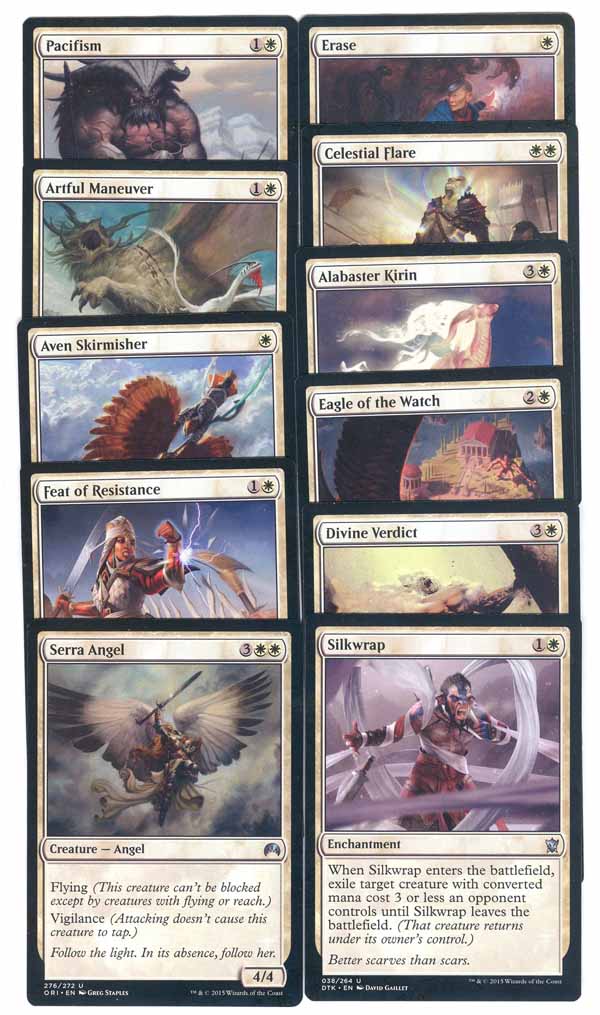 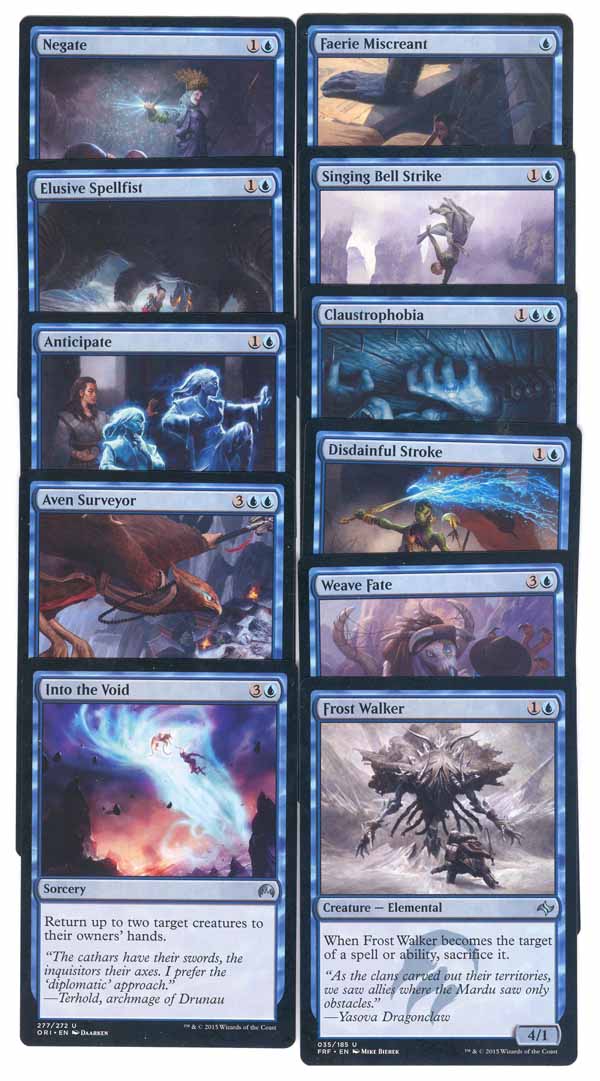 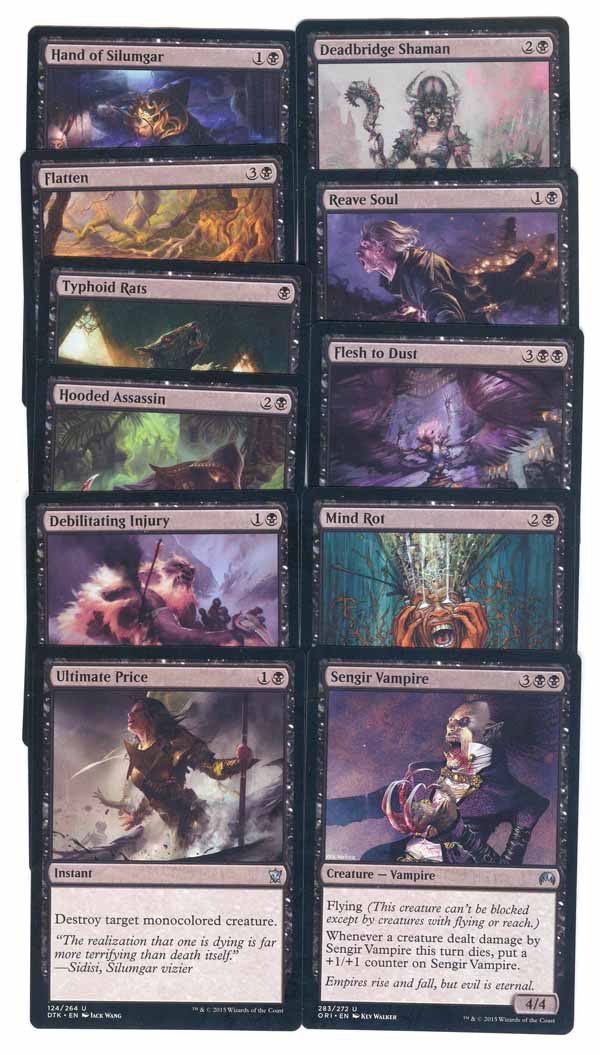 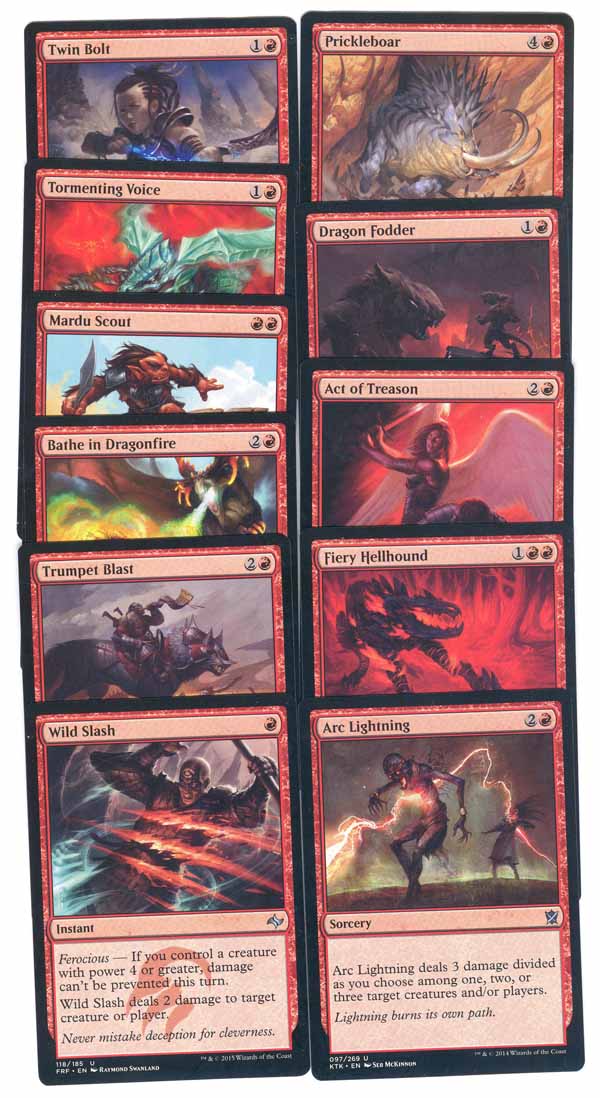 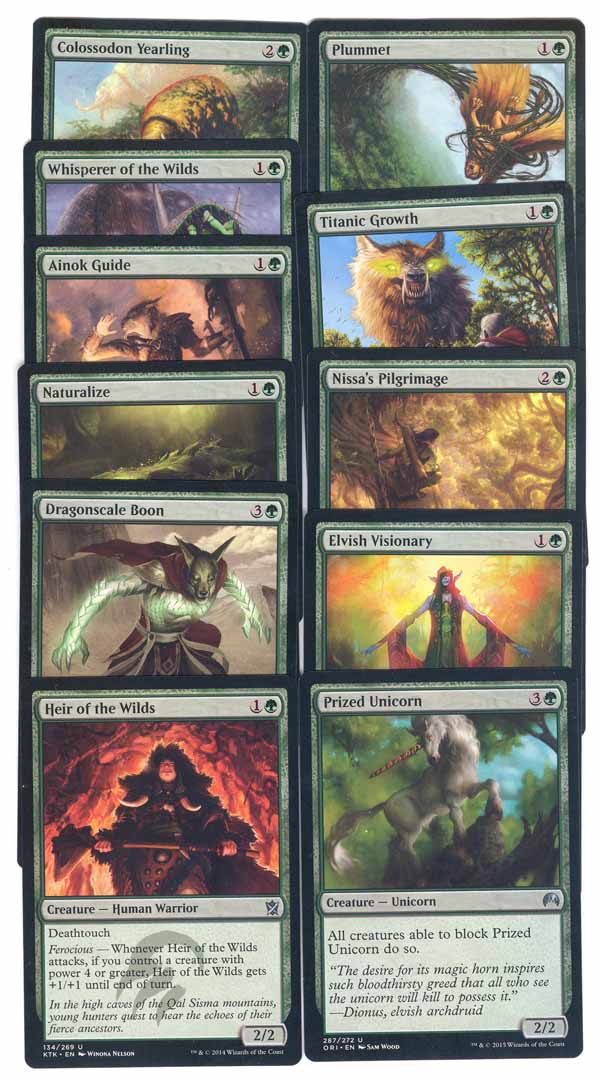