Oath of the Gatewatch Review: Red

I usually read through the red cards, find one or two I like, and move on. I like that Wizards is adding more cards to make red worth playing in something other than Red Deck Wins. 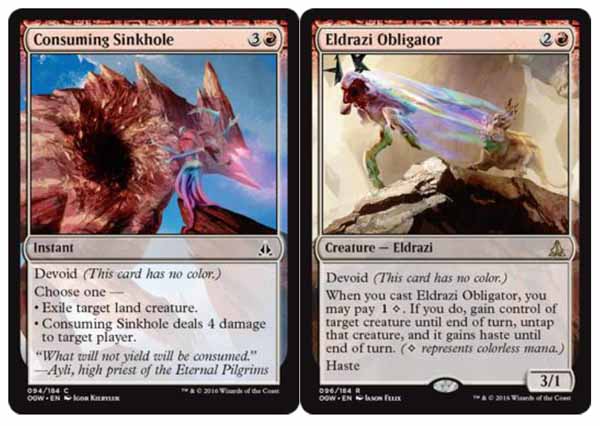 Consuming Sinkhole: block-specific and situational.
Eldrazi Obligator: Act of Treason is one of my favorite cards, and this card is a great addition to a deck on that theme. Such a deck requires a solid sideboard in Modern because there are some decks in that format that don't rely on creatures much or not at all. Still, this card reads Johnny fun all over it. 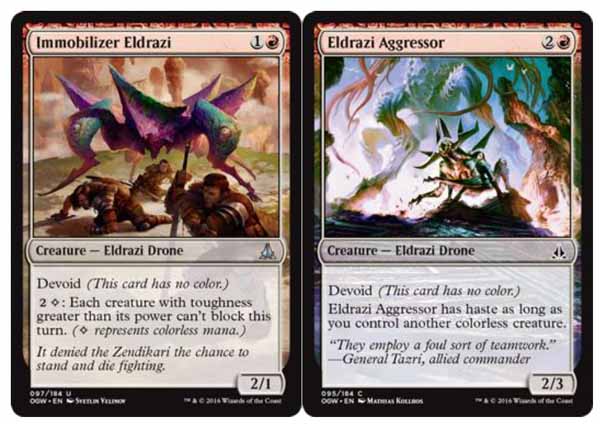 Immobilizer Eldrazi: needed a better name, the use of Eldrazi in the title seems redundant. I like the activated ability. Its worth a spin.
Eldrazi Aggressor: solid in limited. 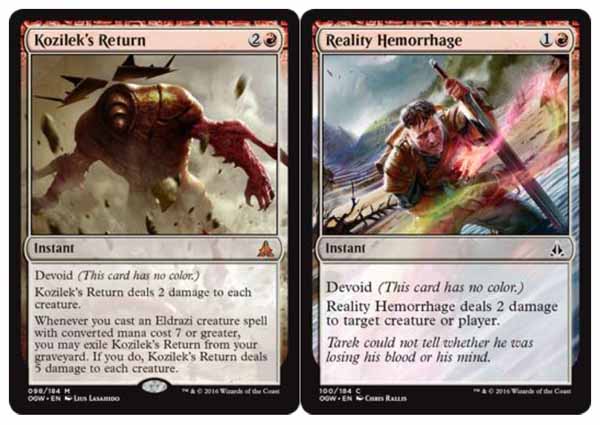 Kozilek's Return: interesting board wipe for when Shadows over Innistrad comes out. If it tanks in the current standard I need to get some now.
Reality Hemorrhage: Battle Cruiser damage. 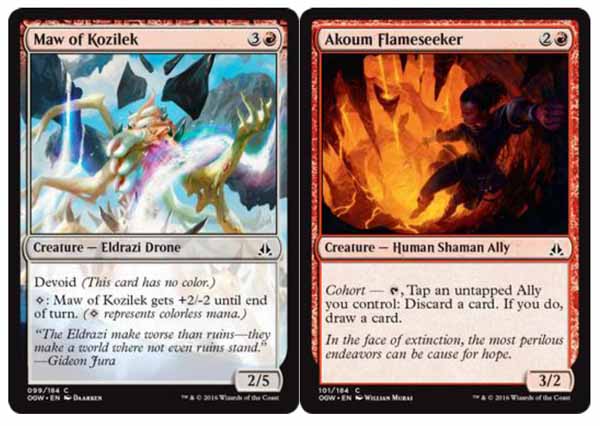 Maw of Kozilek:  red-black 'Wastes matter' deck here it comes. The activation seems really cheap for any card, let alone a common.
Akoum Flameseeker: Cohort -- you know how I feel by now about this ability. 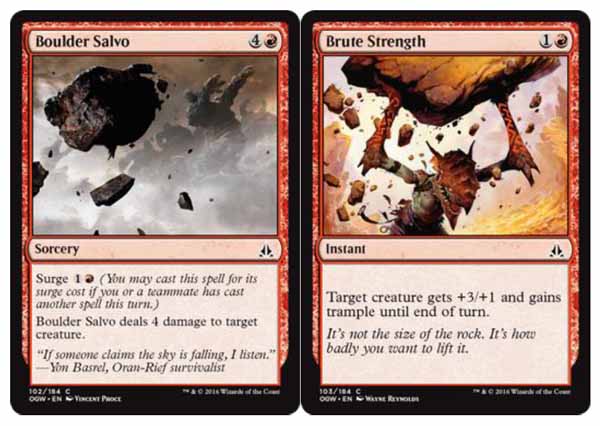 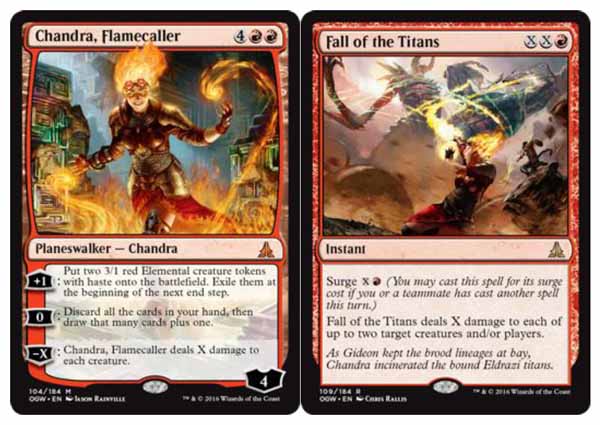 Chandra, Framecaller: can this work with Tibalt? I am always looking to help the worst planeswalker in Magic. This will likely be really good in standard. I want to build a solid mid-range red deck with this if it does not become a money card.
Fall of the Titans: 2HG. 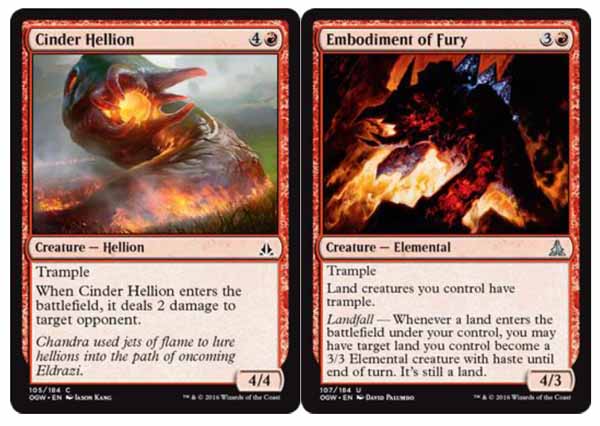 Cinder Hellion: limited.
Embodiment of Fury: interesting for an Awaken deck, even though all along I just wanted to play White/Blue Awaken. 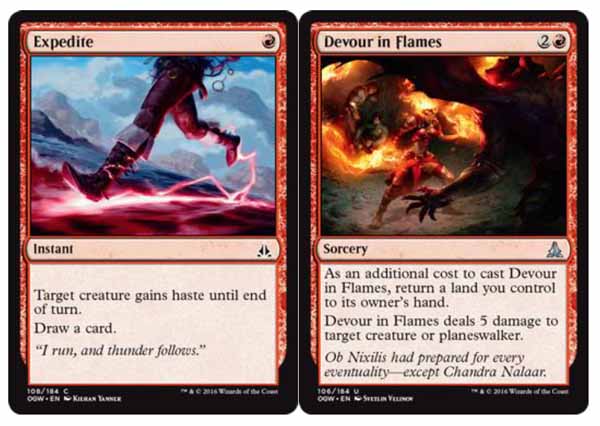 Expedite: maybe I am wrong, but this seems like a really good card. "draw a card" for one is good byme.
Devour in Flames: solid counter against the superfriends planeswalker decks. 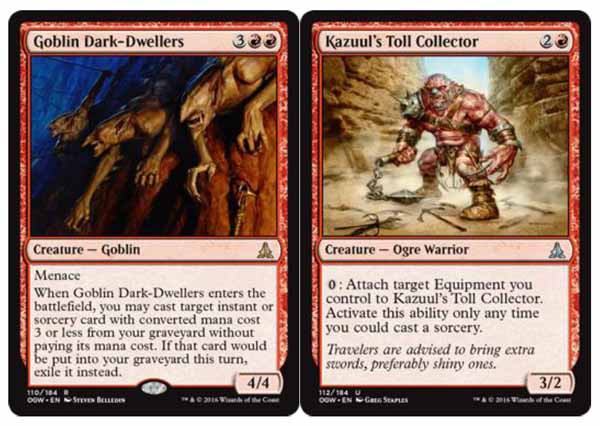 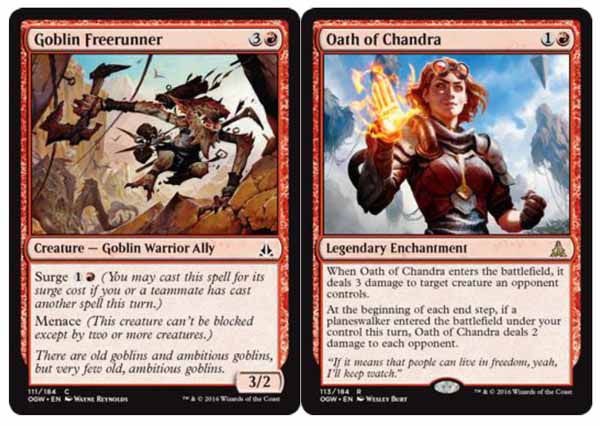 Goblin Freerunner: good in limited and 2HG.
Oath of Chandra: nice tie in to 2HG, and a solid enters-the-battlefield hit of 3 for 2 mana. What's not to like? The main ability for superfriends is almost free after that. 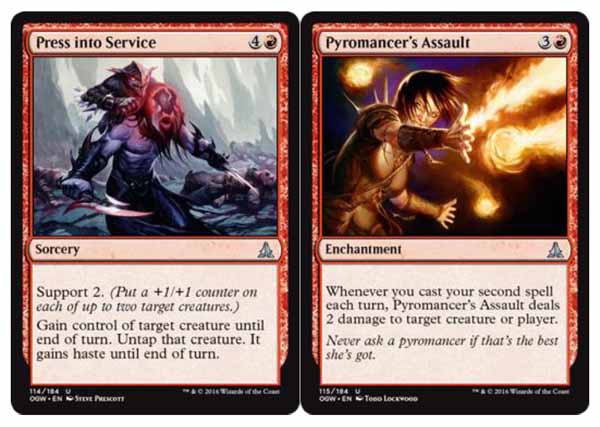 Press into Service: The gain control clause is Act of Treason for 2U, and then the counters are well costed, but Support relies on you having lots of creatures on the battlefield, and that is a situational condition.
Pyromancer's Assault: I really like this card for a mid-range red deck. I would have to have a way to stop any card that limits me to casting a single spell in my sideboard if I played this in Modern. 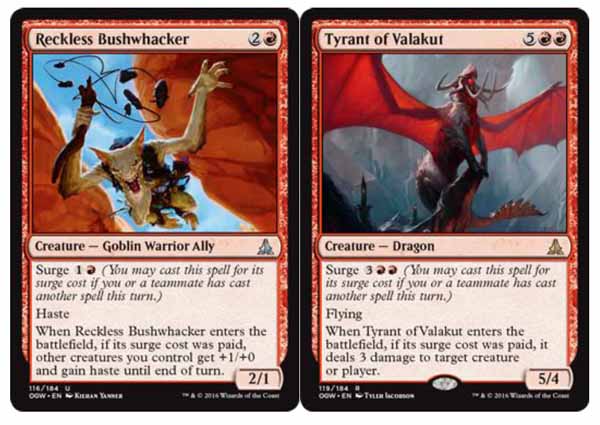 Reckless Bushwacker: reads like a lot of fun in 2HG.
Tyrant of Valakut: another fun card for 2HG, and the obligatory Dragon of the set. 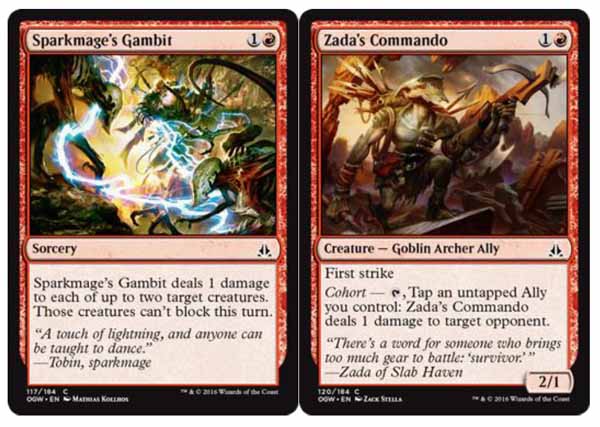 Sparkmage's Gambit: limited.
Zada's Commando: if Cohort turns out to be any good, I would have learned something! 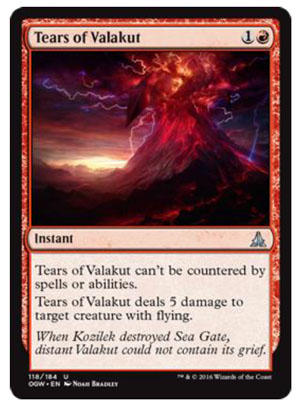