Oath of the Gatewatch Review: Green

Vile Redeemer looks like the stand-out in green. I read "for each" and then thought "OK, someone will break this." 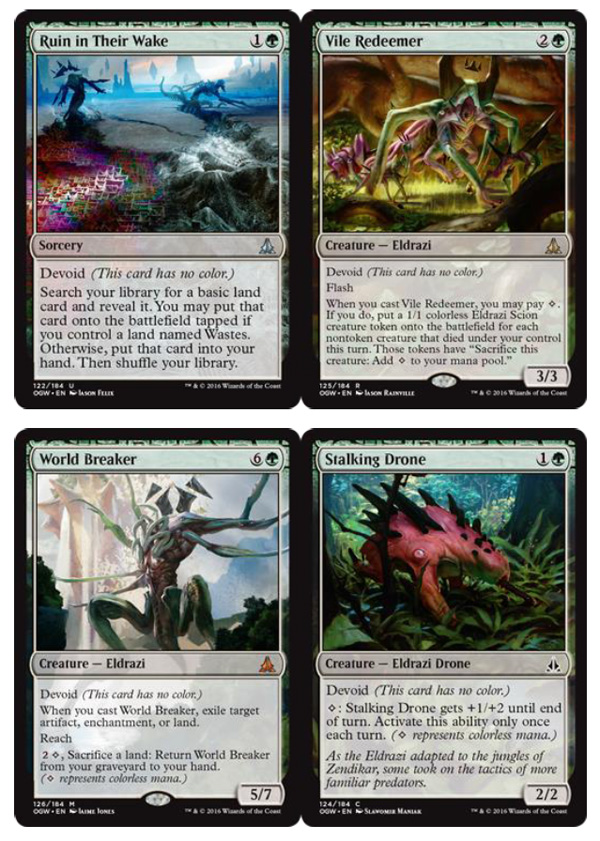 Ruin in their Wake: 'Wastes' mana enabler for Green. A must-have. This new 'color that is colorless yet still functions as a color' will allow for a whole new range of cards to enable it.
Vile Redeemer: Board wipe to Blood Artist and then drop this. I am willing to try it.
World Breaker: A nice tie-in to Shadows over Innistrad, and likely a solid mythic in Standard.
Stalking Drone: useful in a Green/Wastes deck in limited and even in constructed. 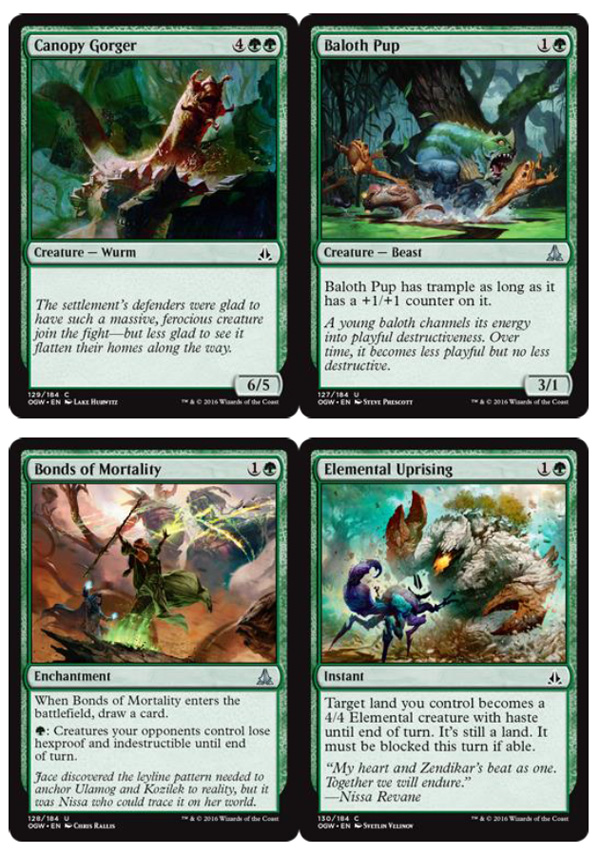 Canopy Gorger: limited.
Baloth Pup: interested in an aggro deck, maybe with red.
Bonds of Mortality: nice 'enter the battlefield, draw a card' effect. I see it as a sideboard card yet a good way to keep these most-annoying and hard to get around abilities.
Elemental Uprising: solid in Bant Awaken. 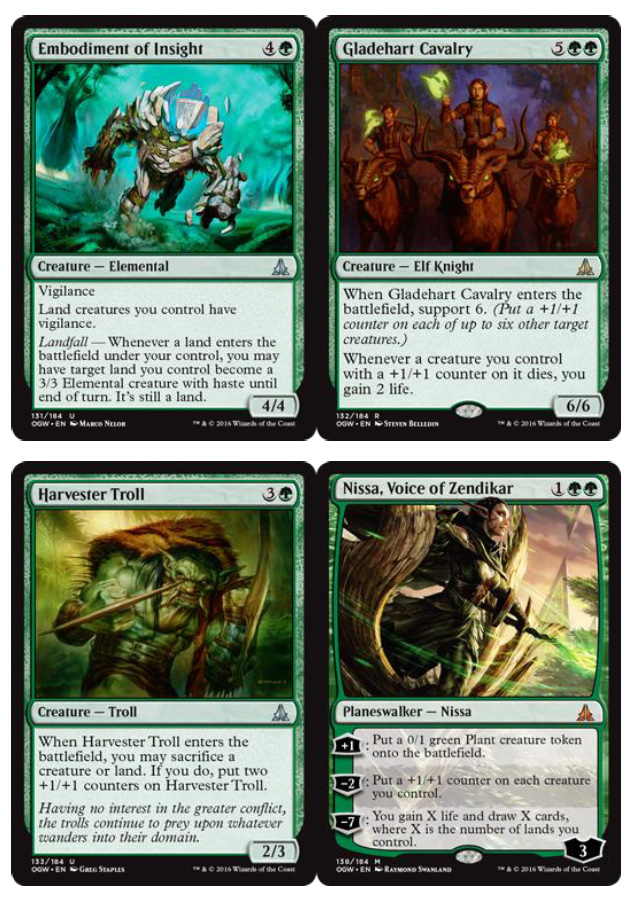 Embodiment of Insight: auto-include in Bant Awaken.
Gladehart Cavalry: nice end of game drop in standard, yet too dependent on you having a large number of creatures on the board. Too situational and heavy for Modern.
Harvester Troll: in Green/Black, this is a nice play since you will benefit from sacrificing a creature in that deck and you get a 3/4 for 4, which is OK.
Nissa, Voice of Zendikar: a three-drop planeswalker gets our immediate attention, but this one drops 0/1 tokens without abilities... reads like Ashiok, and not like Liliana of the Veil. It will find a home in standard, but likely not in Modern. 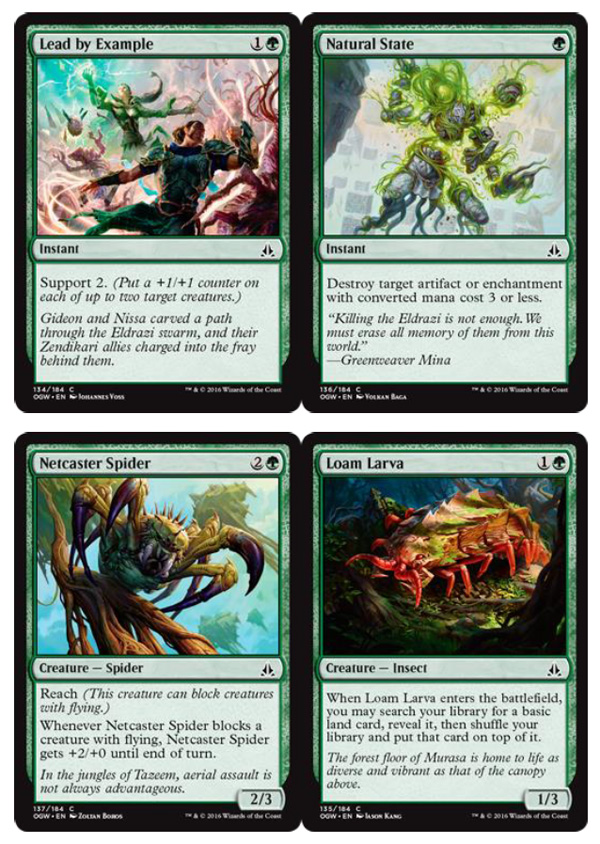 Lead by Example: solid effect in any format, much like Plummet and Naturalize.
Natural State: a faster Naturalize, and I like it. Most of the good stuff you want to take out has a low casting cost. Worth testing in Modern.
Netcaster Spider: limited.
Loam Larva: solid common, a must play. It is only a two-drop, nets you a land for your next draw, and can stall in standard and limited. 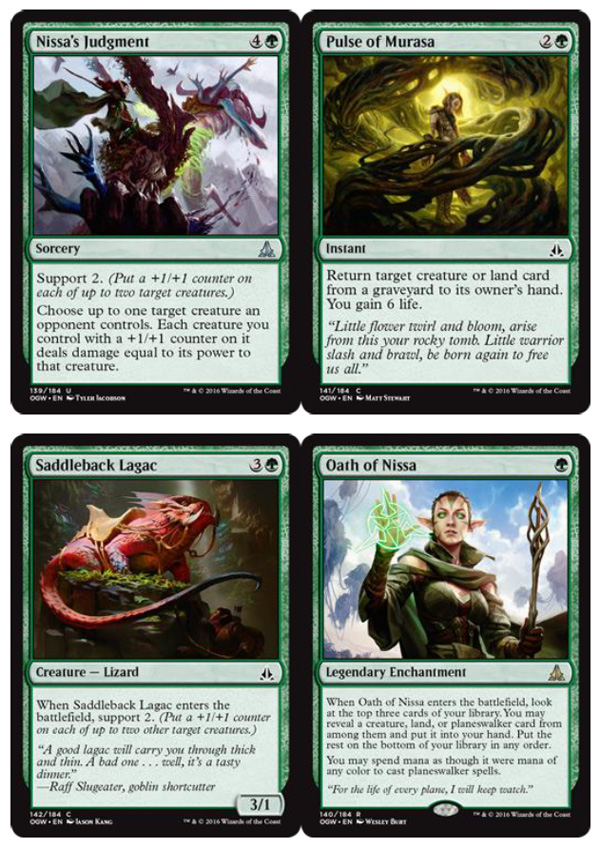 Nissa's Judgement: good in creature-heavy formats like standard and limited.
Pulse of Murasa: limited.
Saddleback Lagac: limited.
Oath of Nissa: superfriends enabler. I am not sure if the low drop benefit is good enough for the effect: its an 'any color' mana rock. 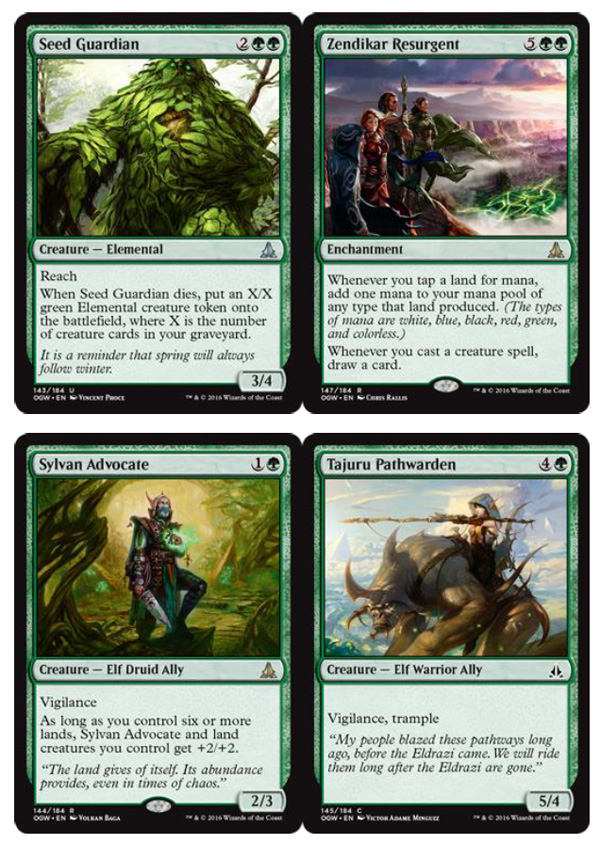 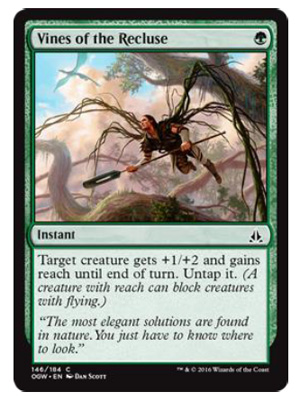 Vines of the Recluse: limited battle trick.
Posted by Rubiera