Oath of the Gatewatch Review: Multicolored and Artifacts

I like each set containing an uncommon in each of the Ravnica guilds or two-color pairs. 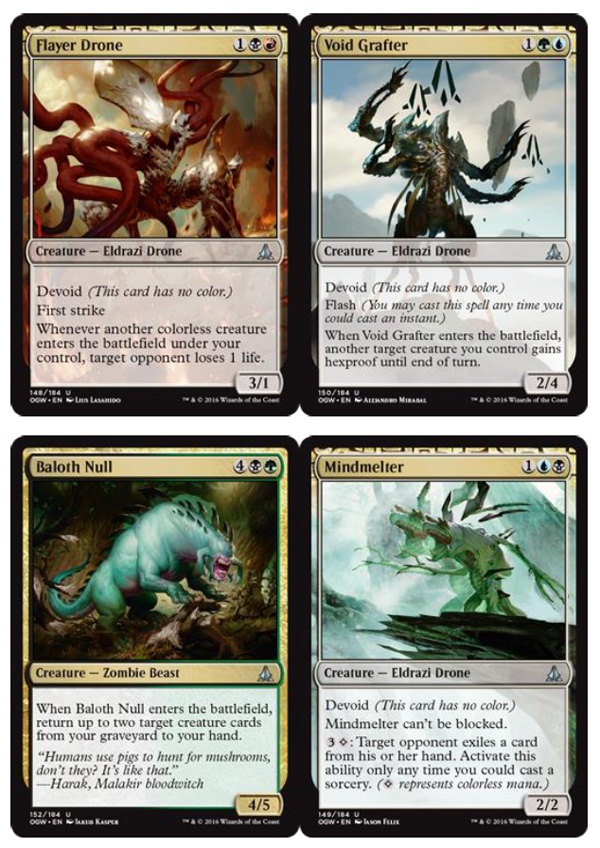 Flayer Drone: I would have to equip this or enchant it. Even though it has first strike, I can see it dying easily in battle.
Void Grafter: I am not sure in giving something Hexproof until end of turn is that good. It will be good to save something for removal, yet that's a defensive move.
Baloth Null: another Shadows over Innistrad tie-in. Must play in standard constructed.
Mindmelter: this is my favorite one of the bunch. Its a nice addition to a Modern deck I have been toying with using unblockable blue and blue-black creatures. 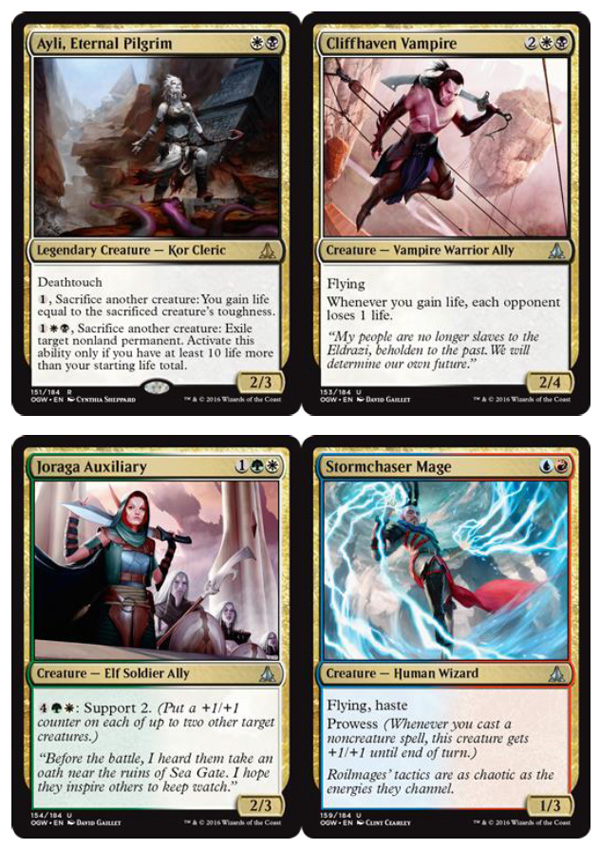 Ayli, Eternal Pilgrim: reads EDH.
Cliffhaven Vampire: lots of fun anticipated with this one, especially in standard with Zulaport Cutthroat. Will also do well with Shadows over Innistrad Vampires.
Joraga Auxiliary: the activated ability is way over-costed, would have been much better with a lower cost even if it was just Support 1.
Stormchaser Mage: another crowd favorite. Must play. 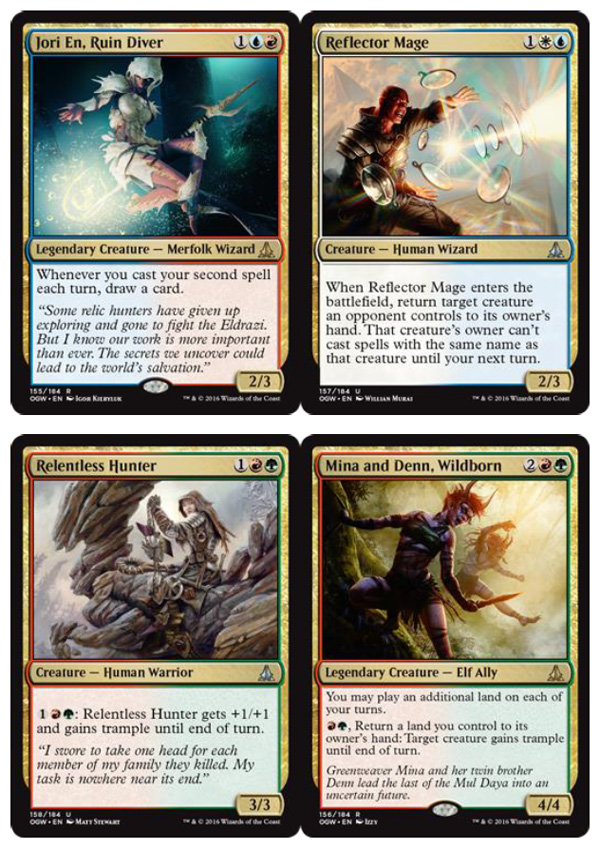 Jori En, Ruin Diver: I can't wait to play this one. "draw a card" is just pure awesomeness.
Reflector Mage: very good stall effect. Must play.
Relentless Hunter: seems OK, steady and OK.
Mina and Denn, Wildborn: playing an additional land is really good, returning a land for trample is OK, but not nearly as good. 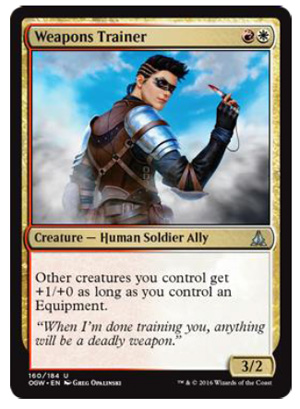 Weapons Trainer: solid as a vanilla creature even if you don't have any equipment on the board. 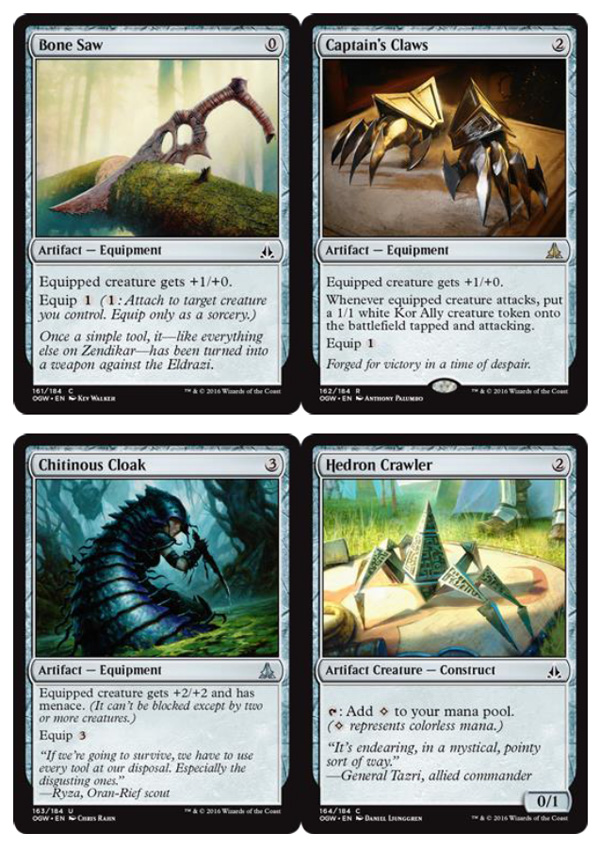 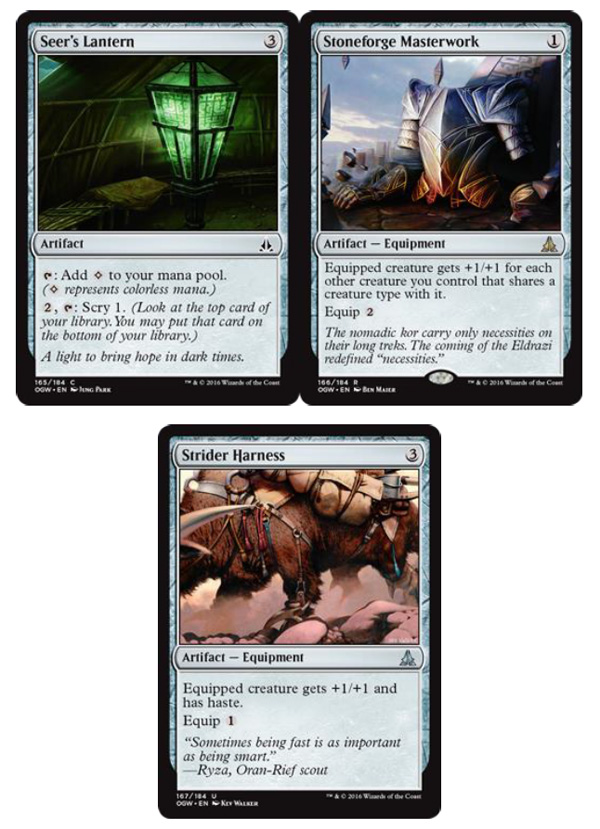 Seer's Lantern: supplemental Wastes mana rock.
Stoneforge Masterwork: a must-play. It only buffs your creatures, and with so many creatures in two and three tribes, this should be really good.
Strider Harness: good sideboard option when facing a lot of removal.
Posted by Rubiera