Oath of the Gatewatch Review: Colorless and Generic Eldrazi

This selection includes what seems to be the headliner of the set: Kozilek. 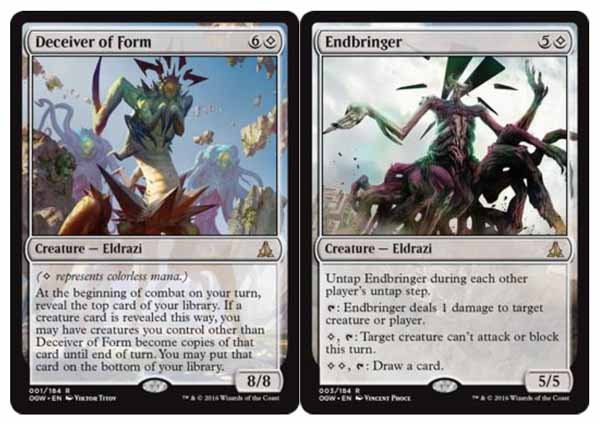 Deceiver of Form: a colorless Battle Cruiser Rite of Replication on a creature (2UU, Kicker

: Put a token onto the battlefield that's a copy of target creature. If Rite of Replication was kicked, put five of those tokens onto the battlefield instead.) Difficult to set up in many situations, but if you can Scry for the right card, and your opponent does not mess with you setting up the top card of your library, you could get this effect to go off great.
Endbringer: great effects in Battle Cruiser Standard, a junk rare in Modern. "Draw a card
is excellent. 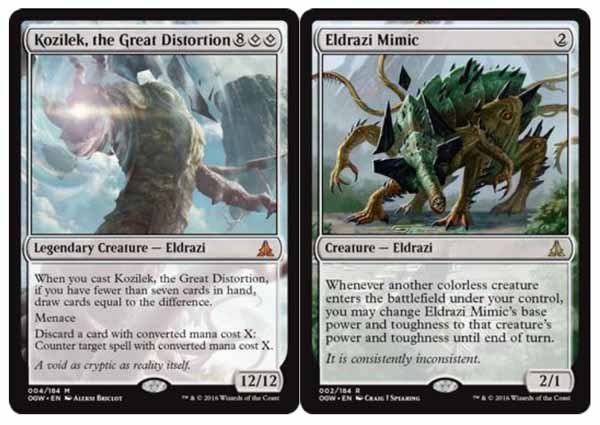 Kozilek, the Great Distortion: good to try in Modern Tron, yet compare with the previous Kozilek: 10 generic mana 12/12 "When you cast Kozilek, Butcher of Truth, draw four cards. Annihilator 4 (Whenever this creature attacks, defending player sacrifices four permanents.) When Kozilek is put into a graveyard from anywhere, its owner shuffles his or her graveyard into his or her library."
Eldrazi Mimic: this is one of my favorite cards of this set, full of Johnny deck-building possibilities. You have to cast the creature it copies, and that is a limitation. Still, its like a token with Haste of whatever colorless creature you just cast. 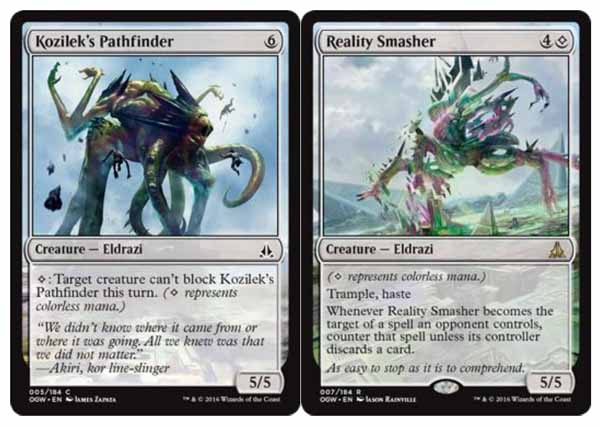 Kozilek's Pathfinder: very good in limited, where you are likely to be facing a smaller number of creatures.
Reality Smasher: seems very good. Its not Hexproof, or Indestructible, but you can at least cause opponent to discard to remove or enchant it. 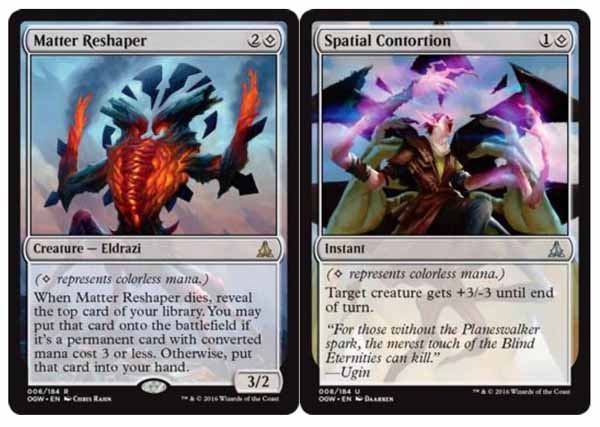 Matter Reshaper: similar to Collected Company, now on a creature. Seems very good. As a 3-drop you can use this effect mid-game in Modern.
Spatial Contortion: don't miss the -3, its not +3/+3, its +3/-3. Useful as removal and as a boost to one of your big creatures, or a smaller creature with a fat butt. 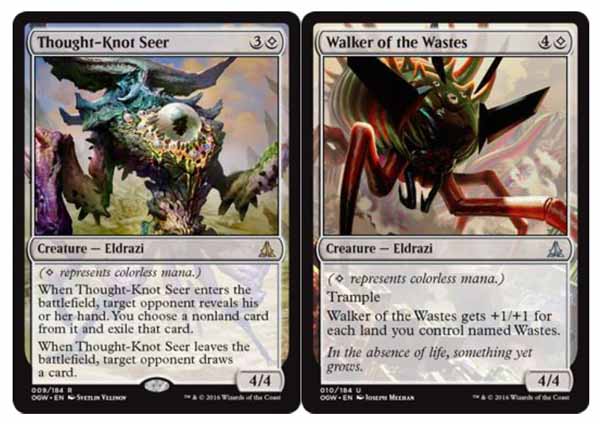 Thought-Knot Seer: a Vendilion Clique variant (1UU; Flash Flying "When Vendilion Clique enters the battlefield, look at target player's hand. You may choose a nonland card from it. If you do, that player reveals the chosen card, puts it on the bottom of his or her library, then draws a card."). Should be very good in Standard, but in Modern Vendilion Clique 3/1 is much better and already rarely used as more than a 1-of. Flash and Flying are really important. The most important plays for this type of card are all about the surprise of Flash as a response any time during the turn, and as a bonus you can attack with Flying. Yet as I think more about this card, I want to try it in Modern anyways.
Walker of the Wastes: great Johnny card, must play. In a Wastes-focused deck this thing is a hit, and its an uncommon. Love it! Sure, it will get removed a lot, but with four in the deck at least one should go through. 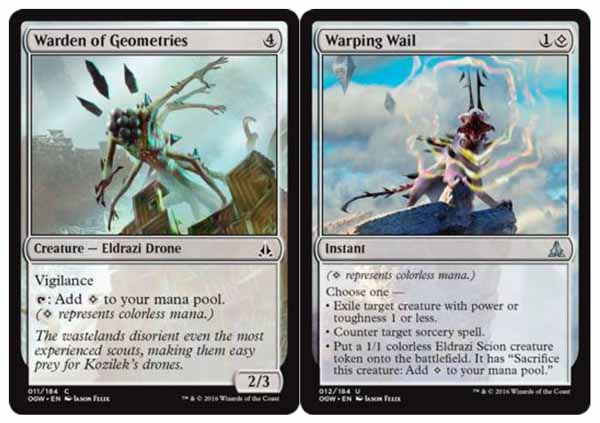 Warden of Geometries: needed for limited Wastes casts.
Warping Wail: seems good to very good. It can be a momentum kill, can drop a token, or counter a sorcery. This is a very solid uncommon.
Posted by Rubiera