I have previously thought about collecting old school Magic cards. Every time, I quit a week or so after I get started...

A few Artifacts and a Land from Antiquities
http://mtgadventures.blogspot.com/2015/01/a-few-artifacts-and-land-from.html

There has been a lot of talk about how unavailable early Magic cards are, but when we look at the numbers, many of these cards are not only widely available, they are also affordable. The attempted Reserved List buy outs are comical, since all they do is bring out more of these cards as people go digging in their closets and attics for all those cards that have been taken out of circulation. As a long-time stamp collector, it is very amusing to see the "analysis" of people who collect and speculate on old school Magic cards. Except for a few sets, most Magic sets were printed in large to gargantuan quantities. Sets like The Dark and Ice Age had gigantic printing runs. There are mountains of old school Magic cards sitting pretty in closets and attics all over the land.

For the sets issued to The Dark, and including the core set only as Limited Edition Beta (for those who only want to collect Black Border Magic), only 83 of the 870 cards in the earliest sets are in the $100 and over range July 2017. 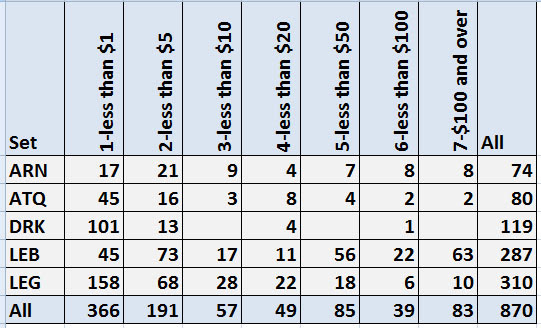 When we concentrate on collecting as many type cards as possible from Alpha/Beta/Unlimited, and we use Limited as the set to collect, only 24 of the ABU cards (the power 9, the ten ABU duals, and only 5 other cards), are in the $100 plus range. 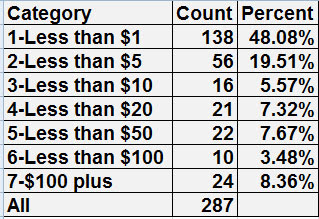 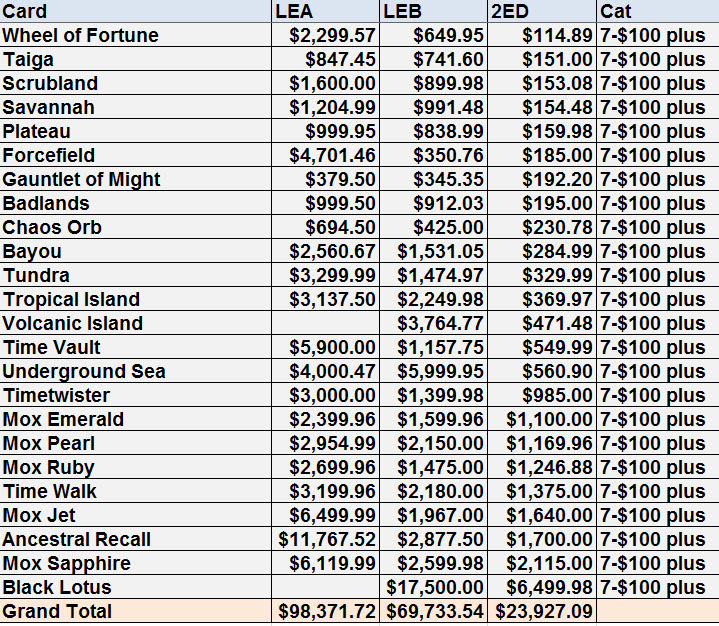 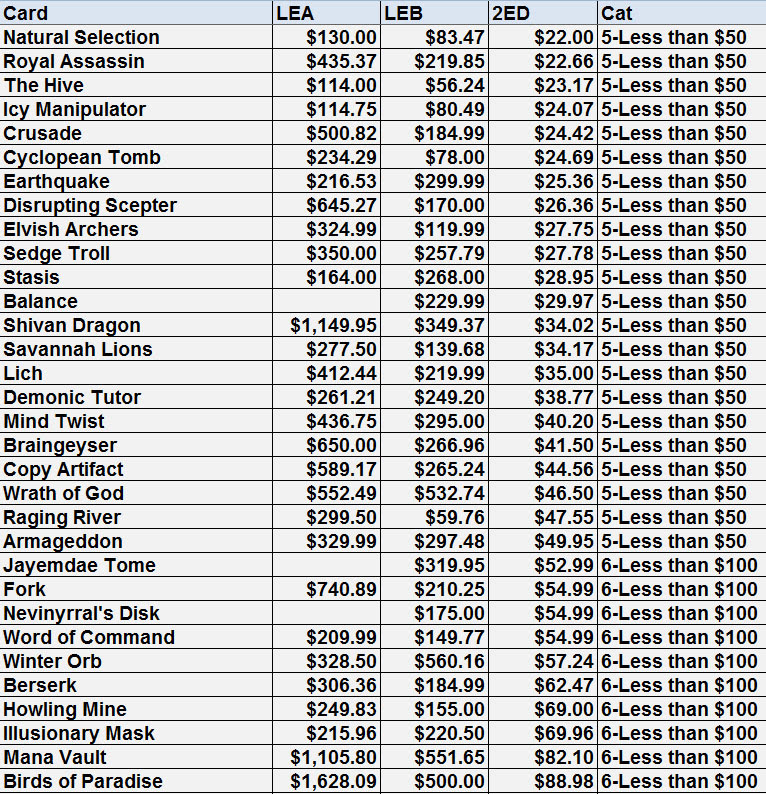 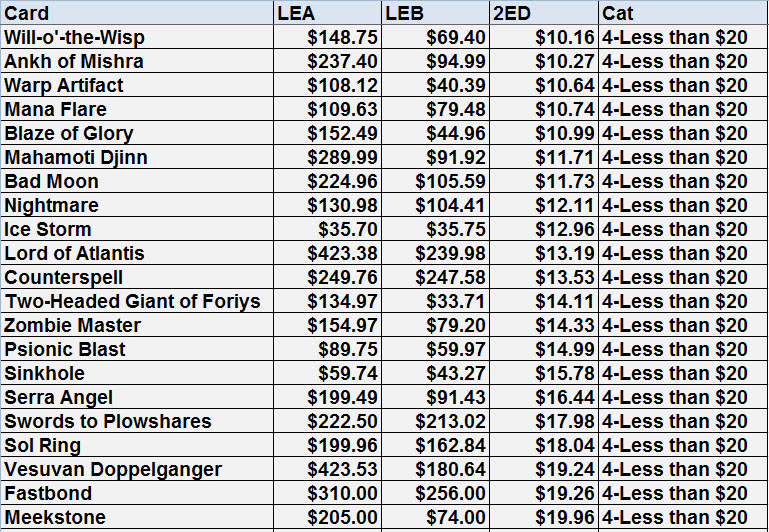 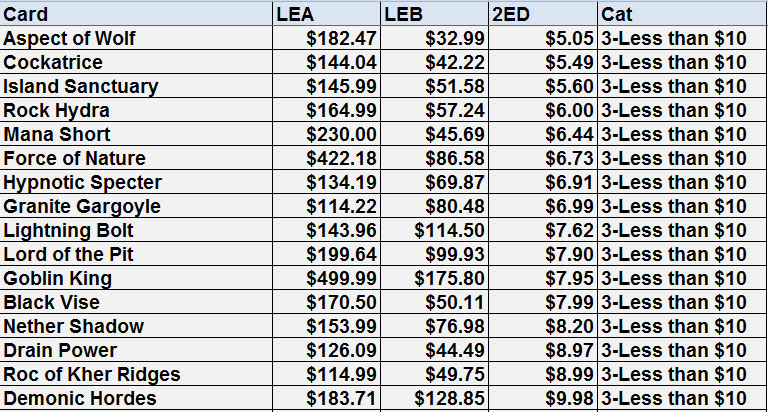 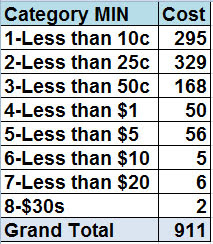 In addition, there are twelve cards that are only in Revised, and not in 4th, 5th, 6th, and 7th editions. These are holdovers from Unlimited. 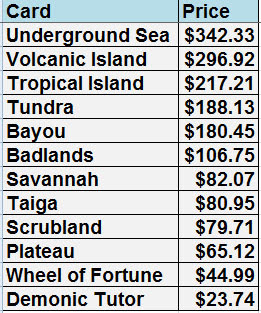 And the most expensive cards from Revised, 4th, 5th, 6th, and 7th editions outside of these twelve cards are not many, even today. It seems that this is a combination of large printing runs and the preference of black border over white border.

July 22, 2017 update: the first range to collect as a bottom feeder include Limited Edition Beta, Arabian Nights, Antiquities, and Legends. While there are 209 cards of 760 that are out of reach to a bottom feeder because they are each at least $20, that leaves 72.5% of these cards accessible! 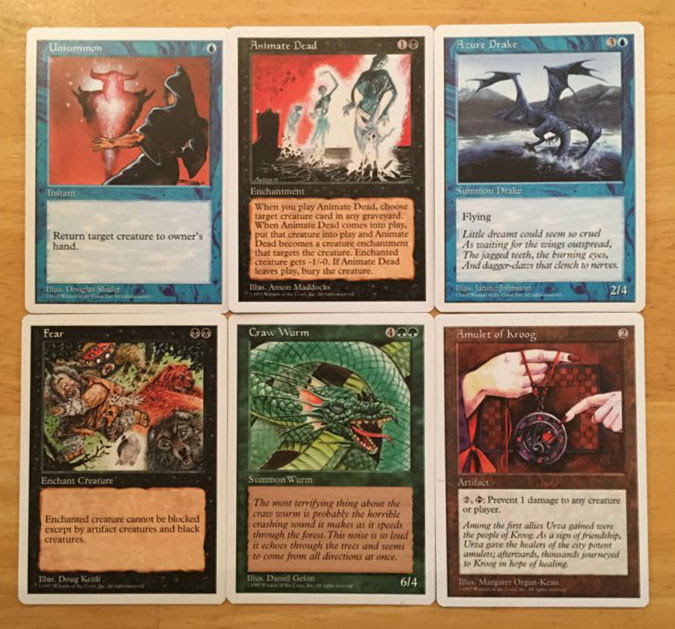