On the eve of Hour of Devastation, there are the four Ally decks from BFZ. They are all centered on White (White/Blue, White/Black, White/Red, and White/Green).

White/Blue: Halimar Tidecaller is an Ally and favors cards with Awaken. 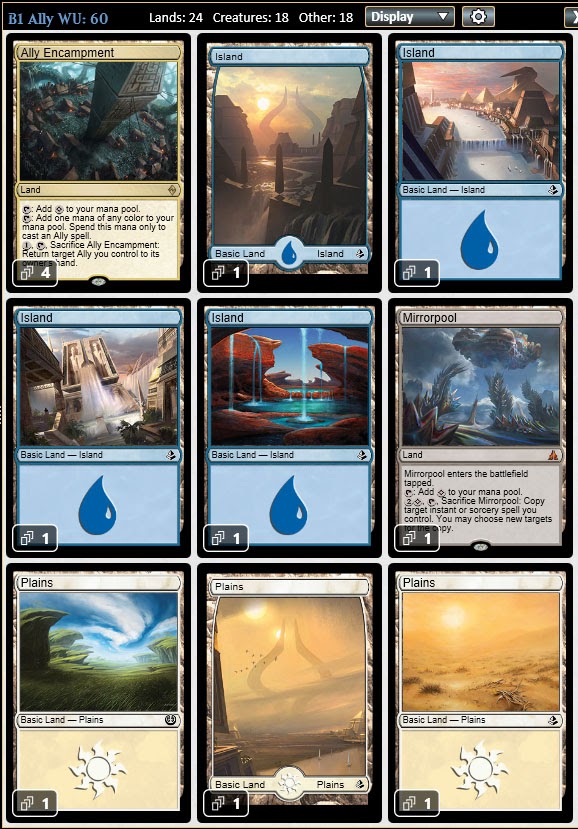 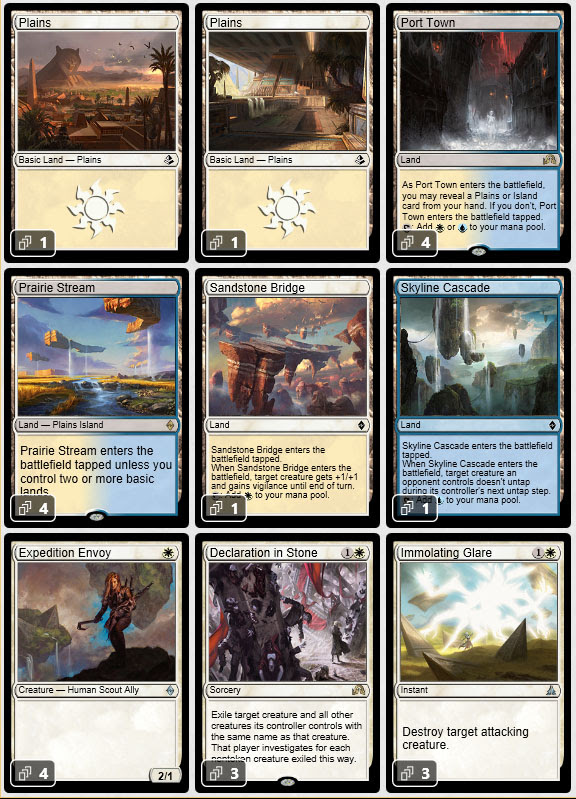 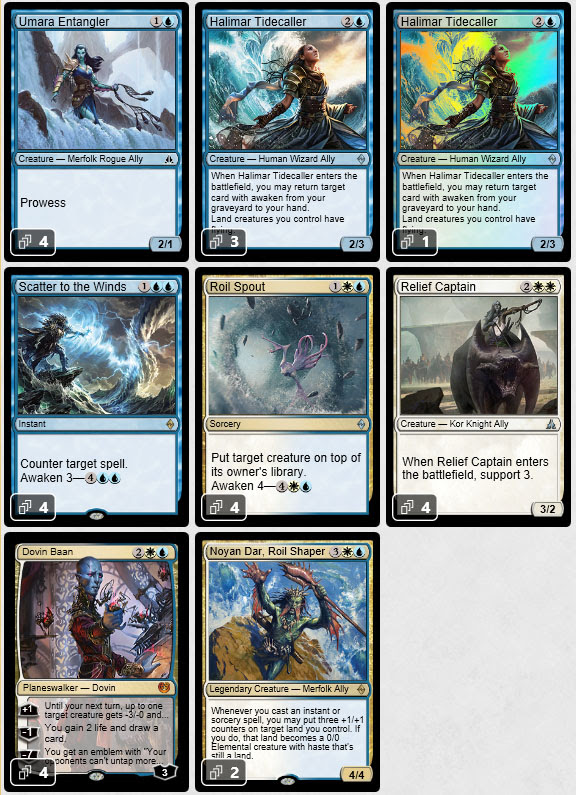 White/Black: This deck is all about Zulaport Cutthroat. 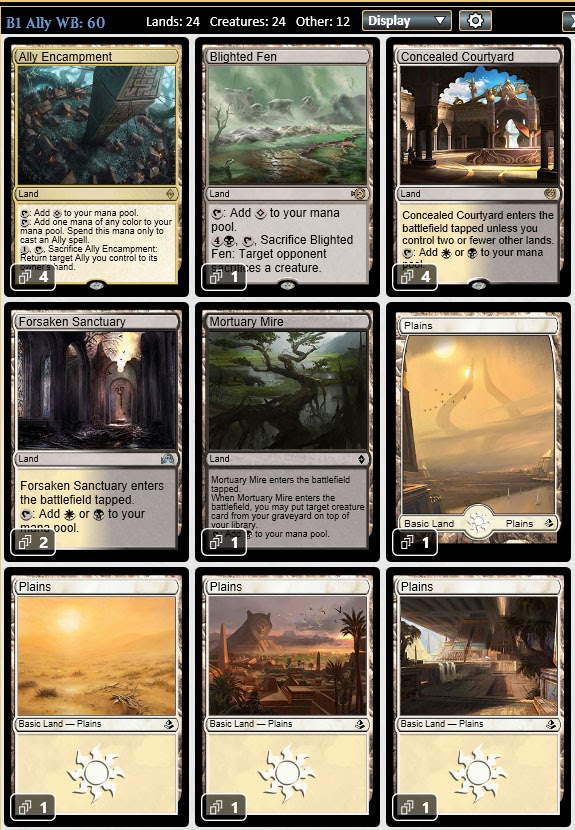 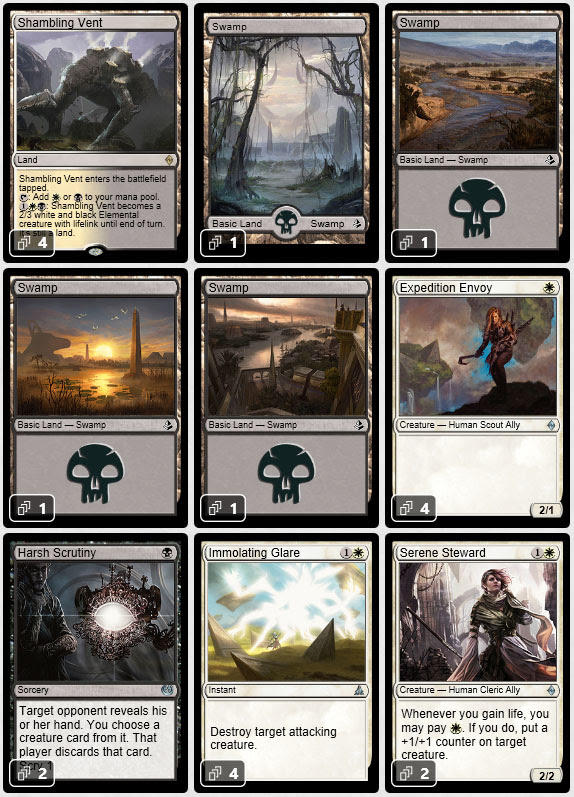 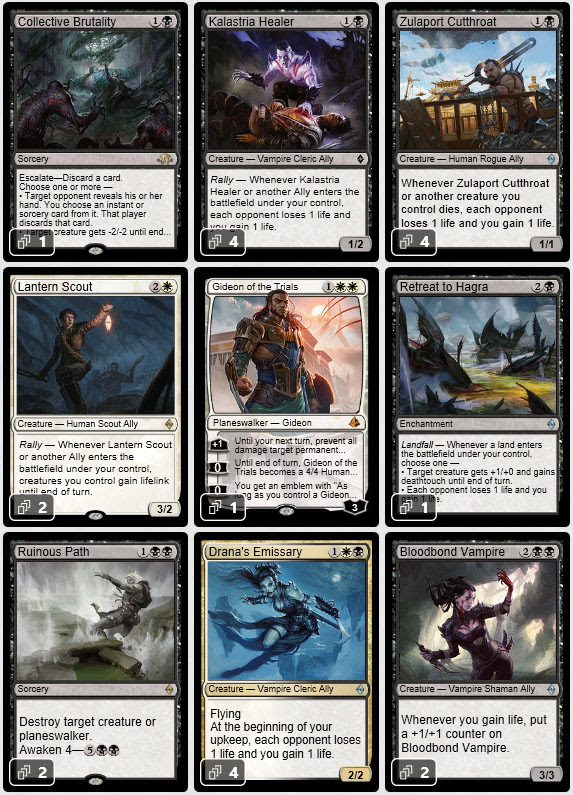 White/Red: I remember this being the least fun of these decks. Maybe in this final round in Standard the deck will play better. Munda, Ambush Leader is interesting, but also limiting. 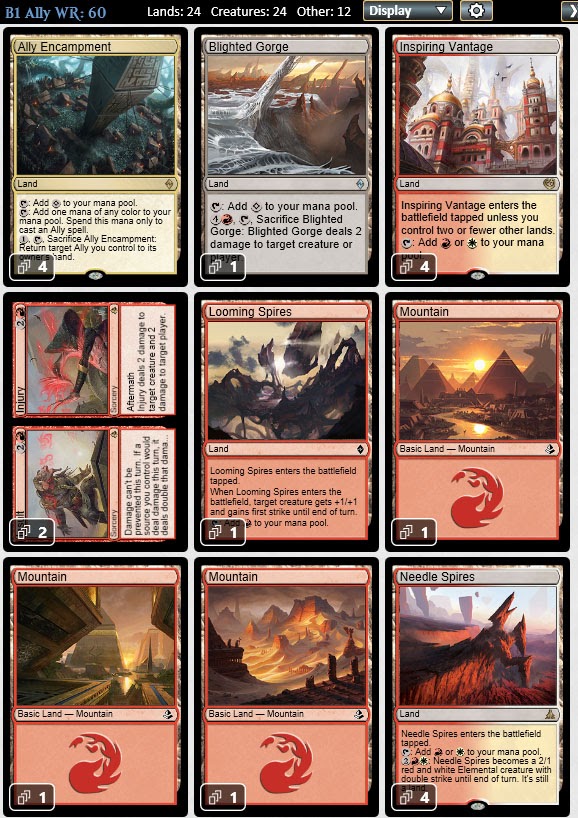 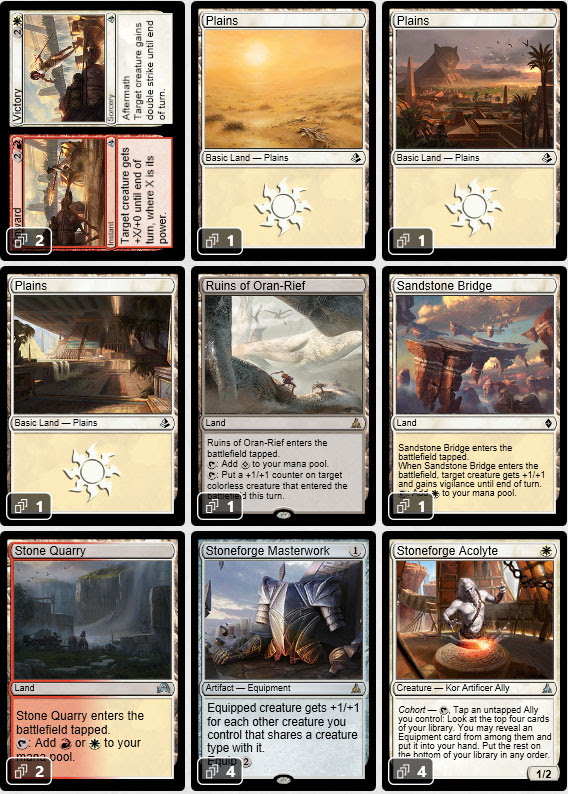 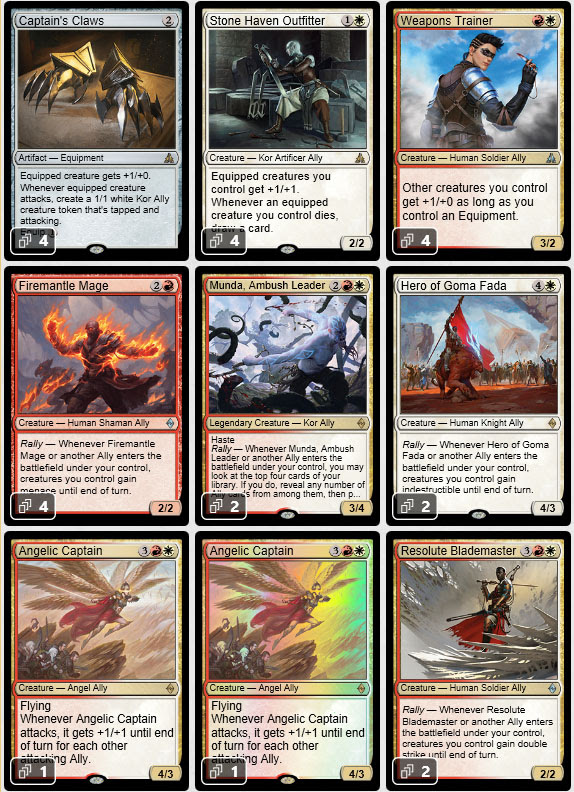 White/Green: This deck turned out OK, and is not as weak as the White/Red deck, yet it seems to be missing an Ally token maker in the style of Allied Reinforcements but at a lower casting cost and generating 1/1 tokens just to get the creature count up and early. 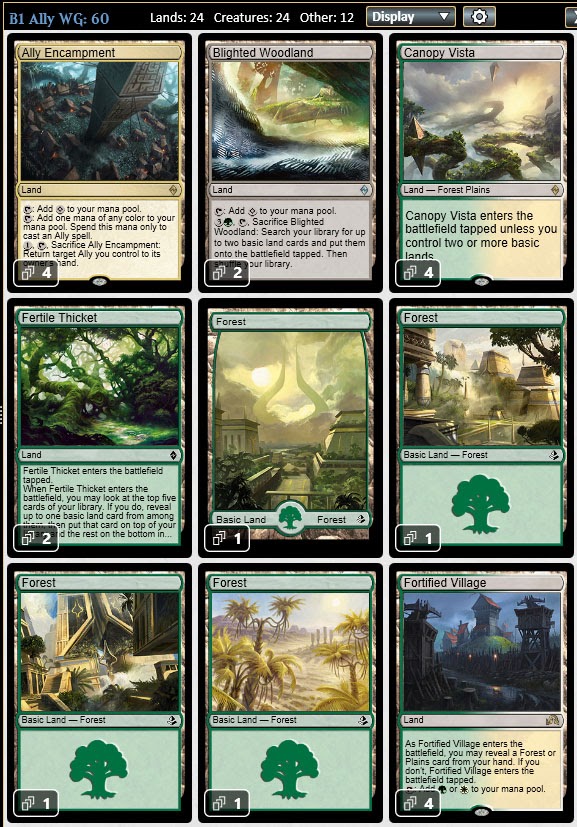 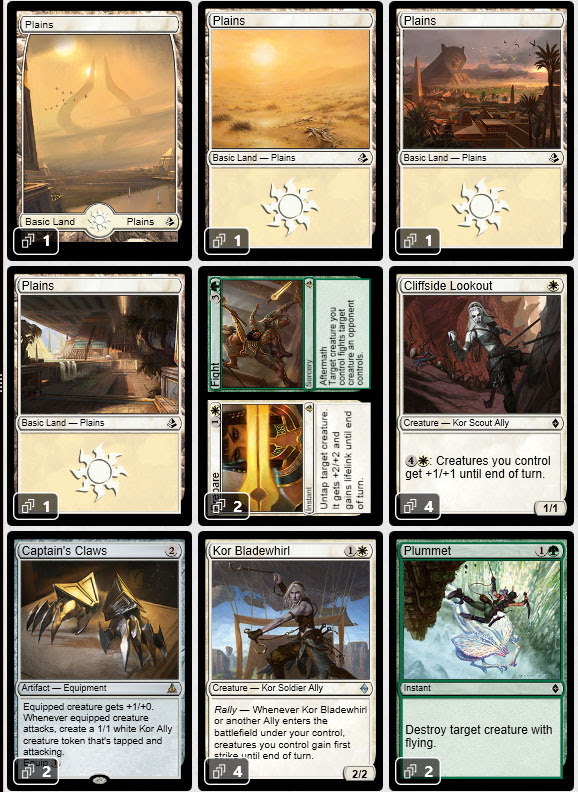 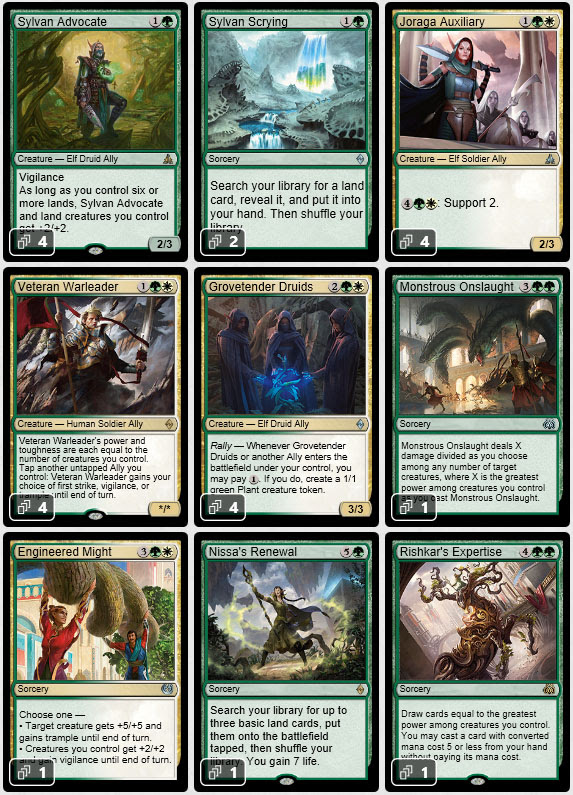