I am not using any Energy from Kaladesh. This deck took a lot of tuning. Now, it works really well. 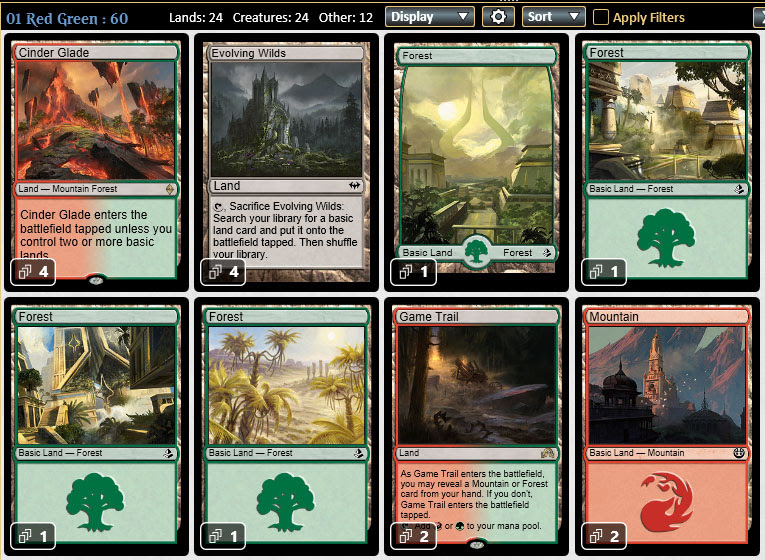 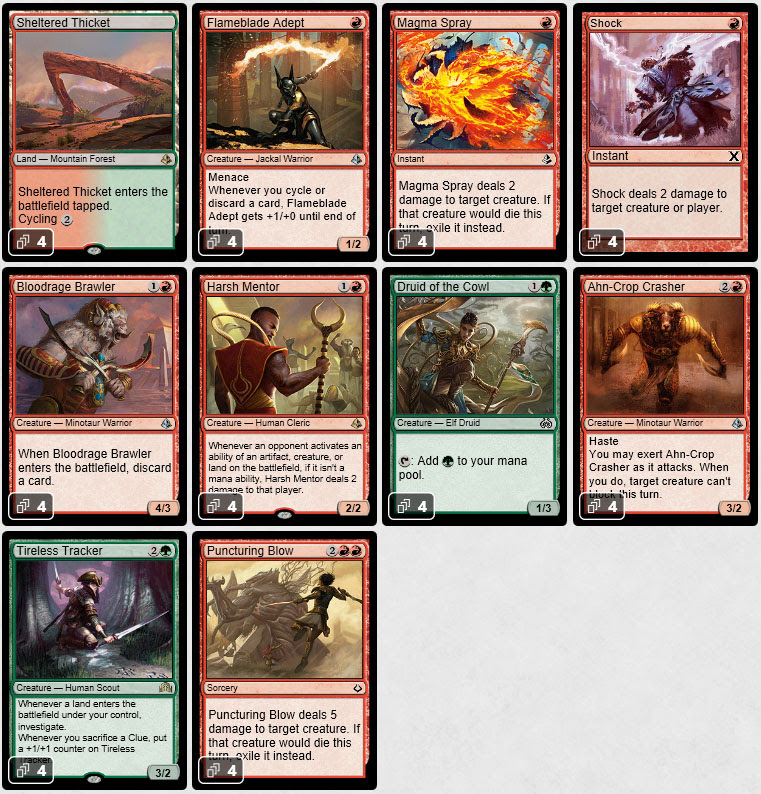 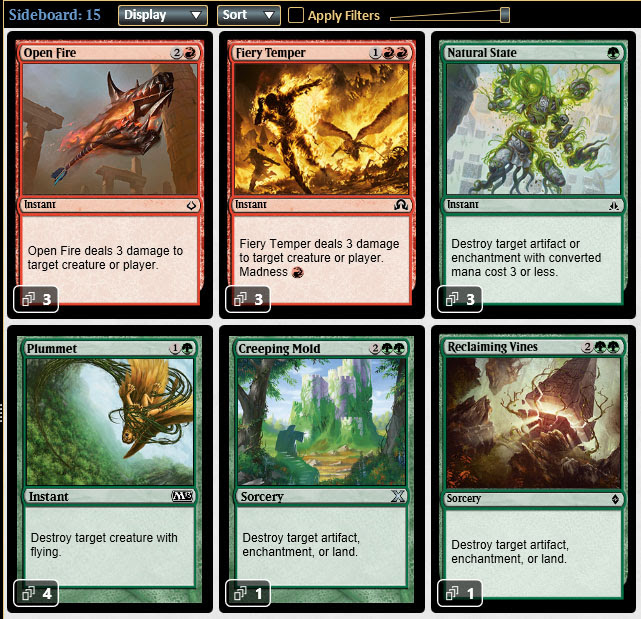 I won 2-0 against a milling deck. My opponent and I agreed that this format does not seem to have a viable milling deck. 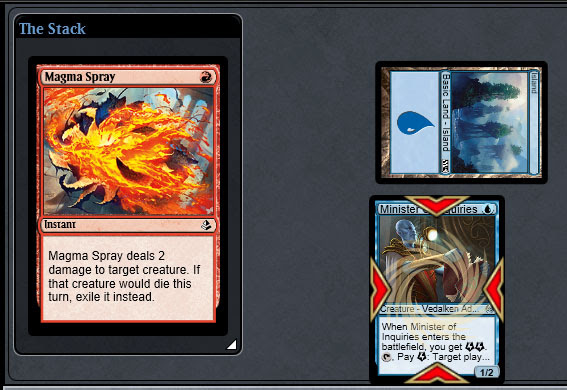 The deck is one card away from being viable. This card would have been in the Core Set that we are still missing. 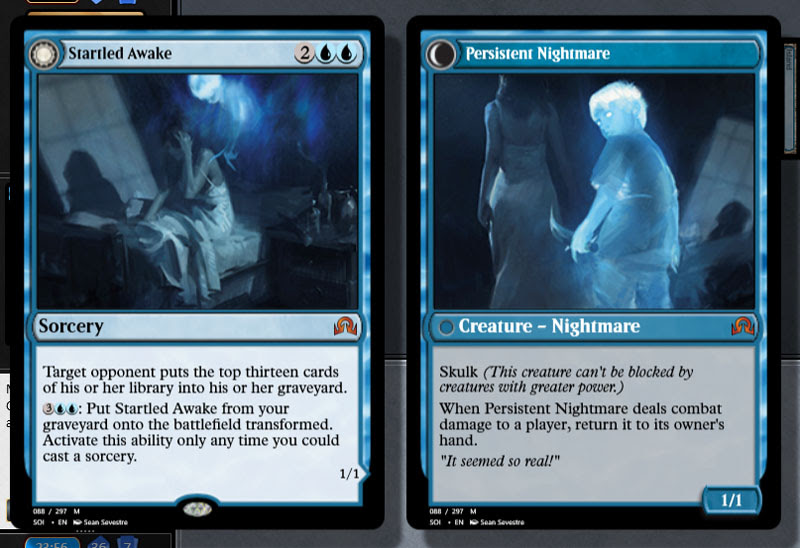 My opponent came reasonably close in the first game and not even close in the second. I was hitting too fast. 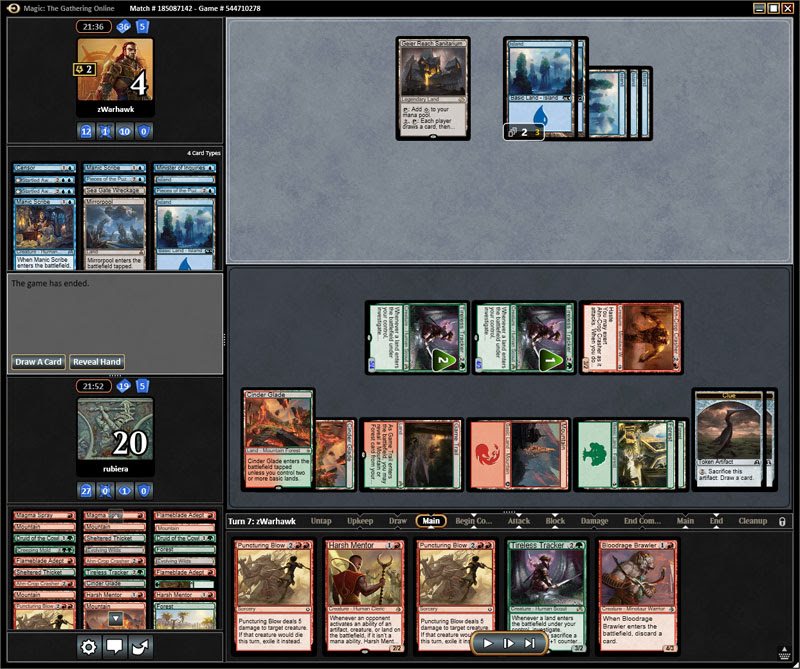 I won this other match 1-2. Glorybringer is crazy good. I am surprised and relieved that my playset of Plummet got me the win. 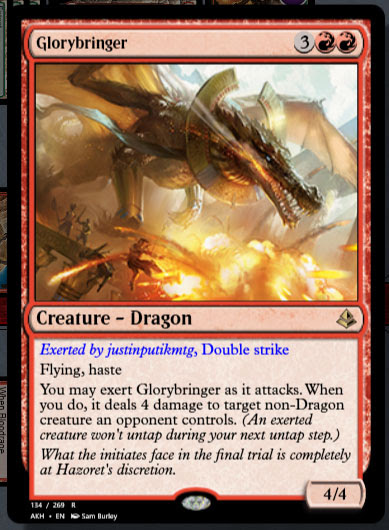 The first game was with Plummet in my sideboard... ouch! 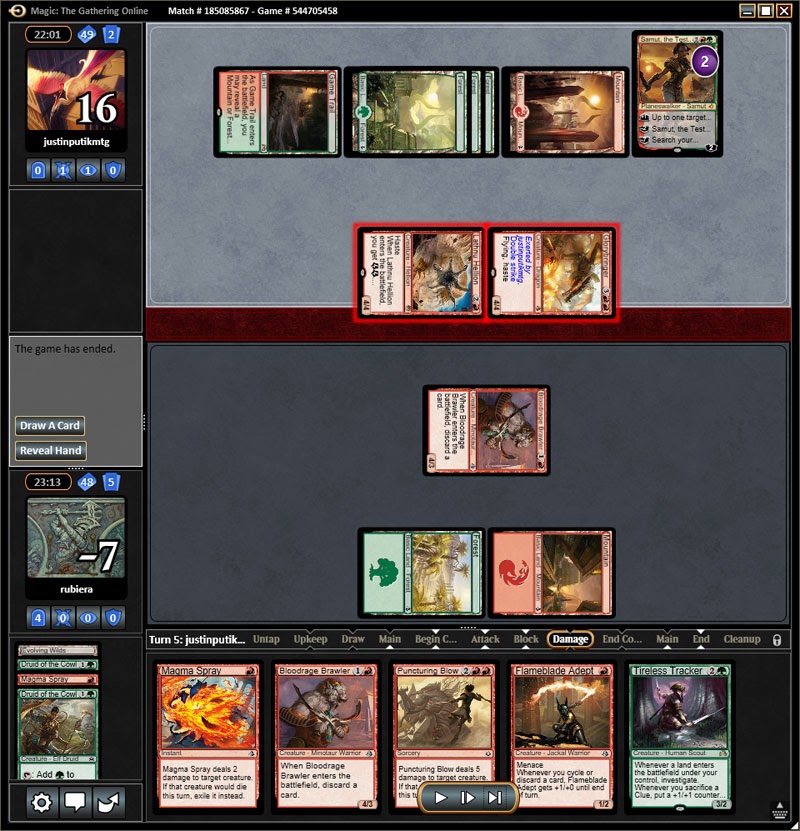 During the second game, I brought in Shock for a little help. I knew I could not remove both creatures, but I was sure I could remove one. 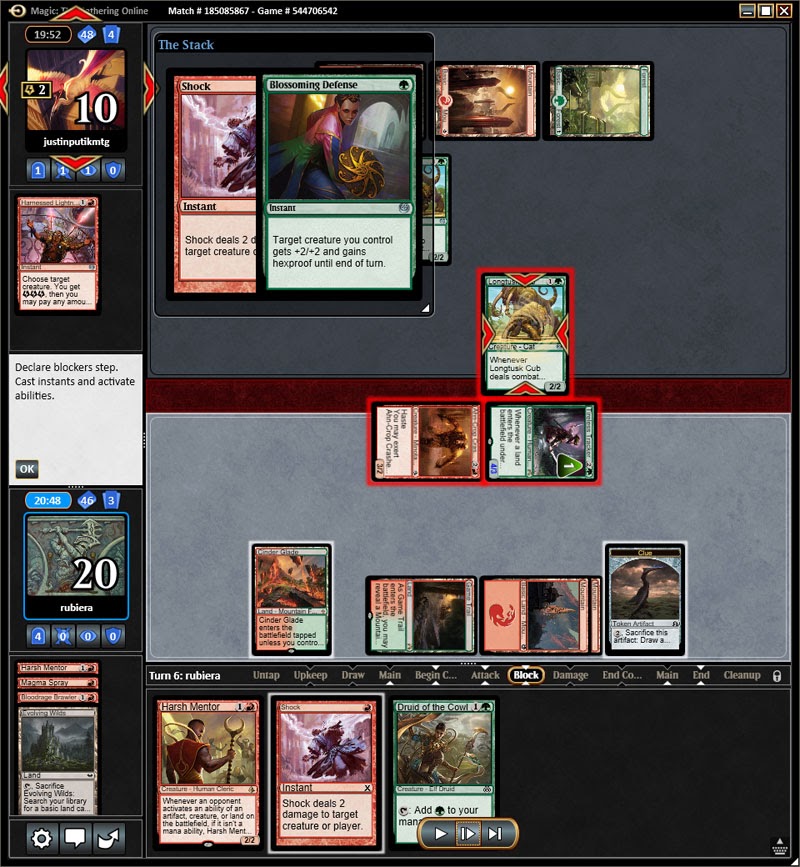 I couldn't do anything against this flyer at this time. 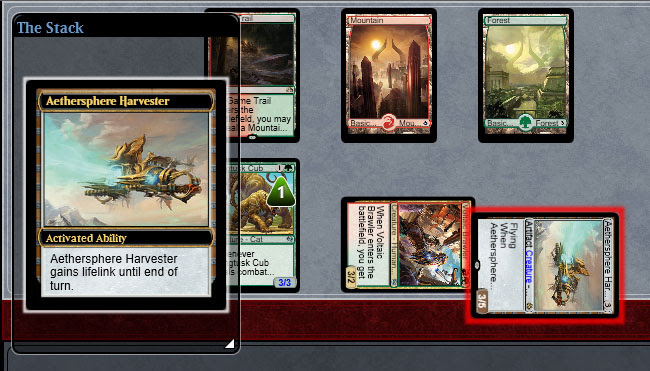 But I was hitting fast. 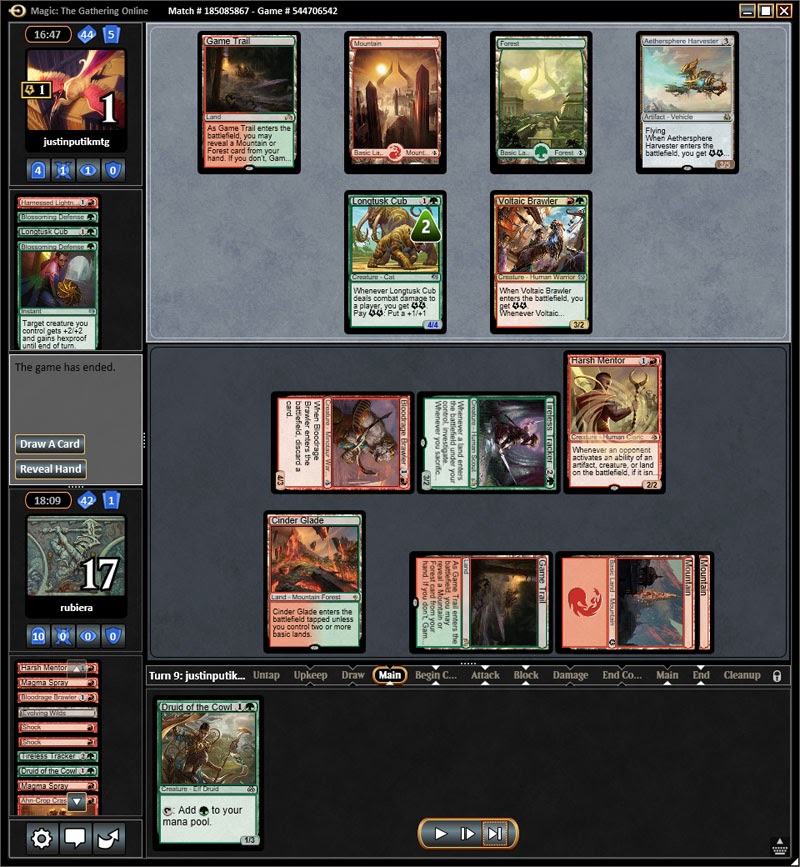 Here is Plummet during the final game of the match. My opponent gave up. 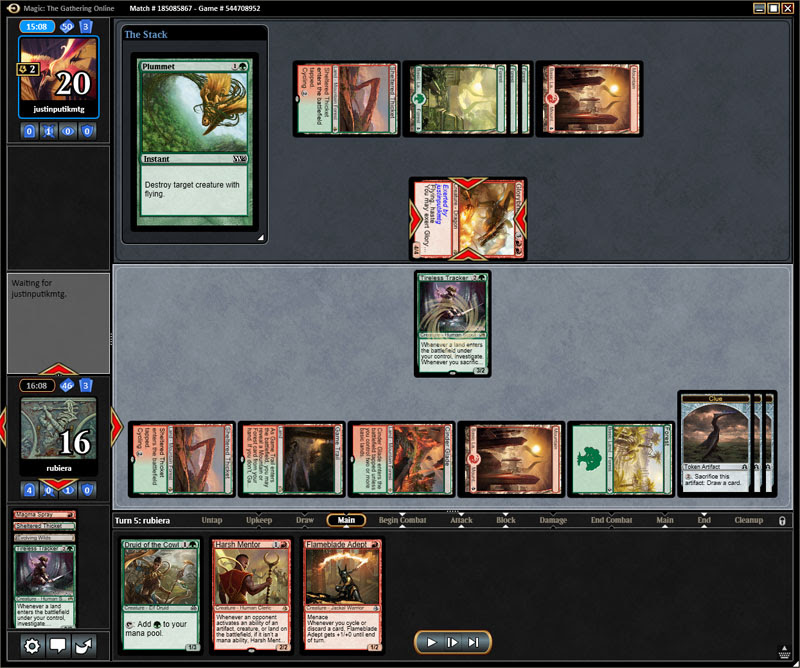 I won 2-1 against a strong Black/Green deck. 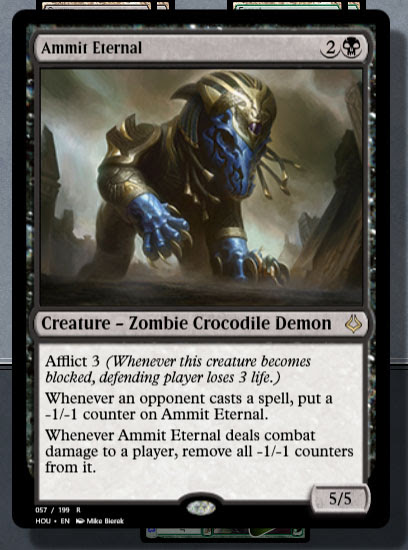 The match was a war of attrition. 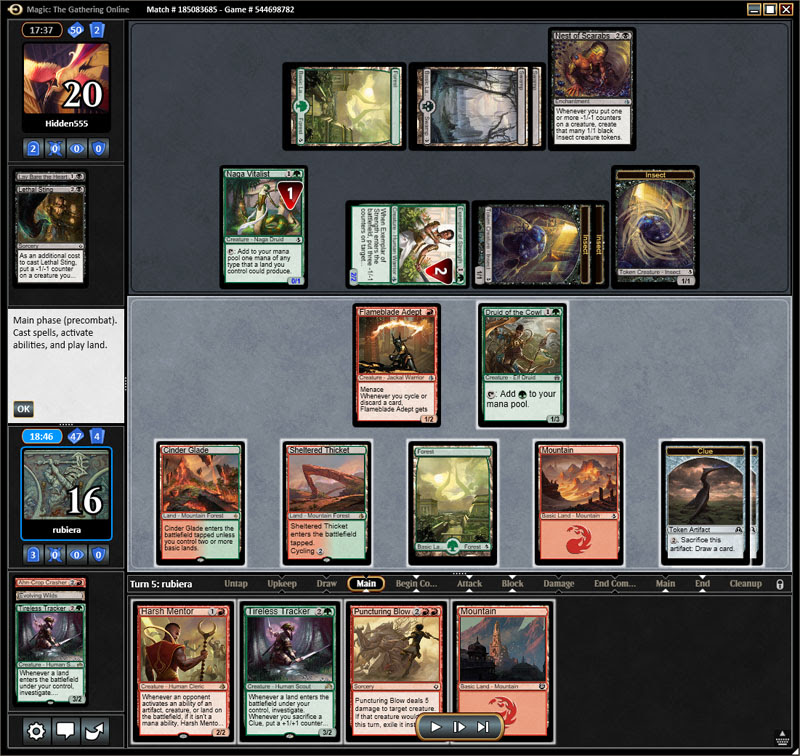 My opponent knew I would just keep hitting for the win. 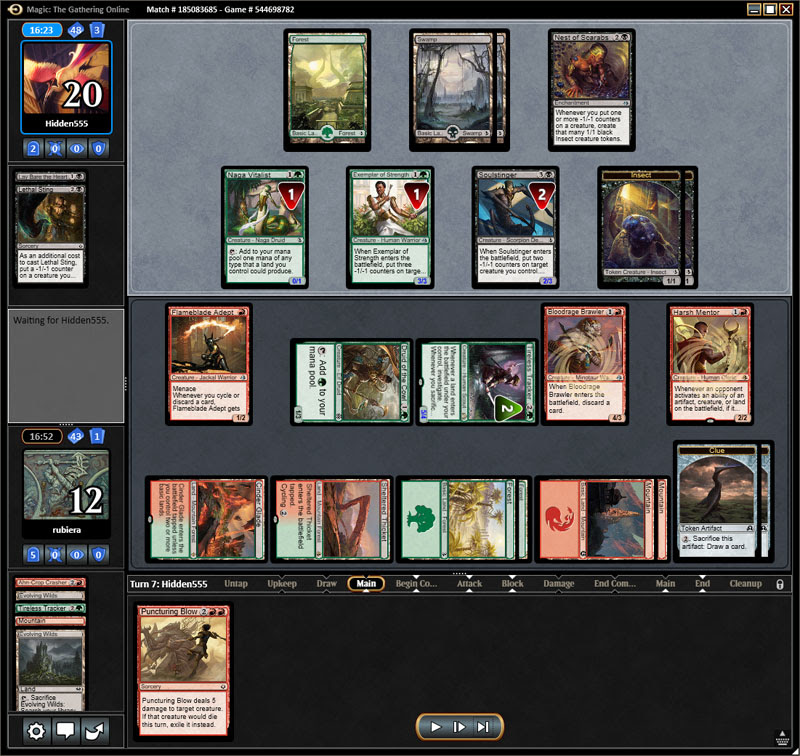 Here is your typical tournament player using us poor casuals as punching bags. 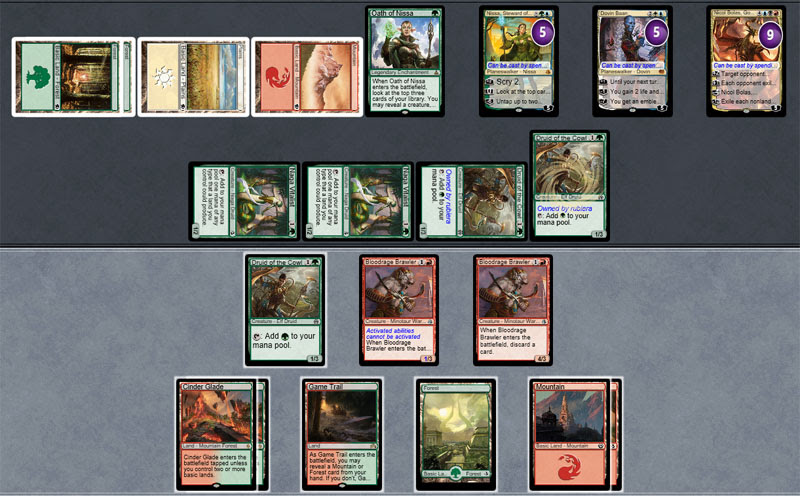