There are 2,024 cards in these eight sets when collected by set, and 1,494 unique cards. There are, of course, many reprints in these core sets.

Many of these packs online are fairly priced (M12 to M15 inclusive).

Tenth Edition has Crucible of Worlds, which is unique to it (was a community design at the time), and the pain lands that have been reprinted recently. 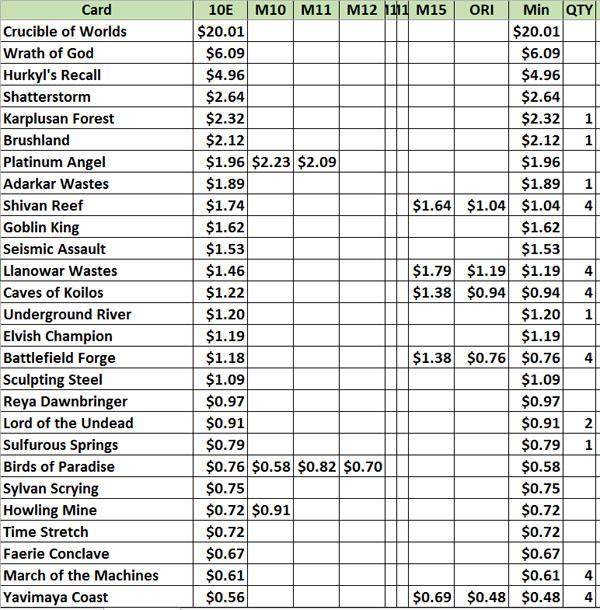 Magic 2010 also has it easy being an early core set in Modern. It has the Lorwyn planeswalkers and Baneslayer Angel. The buddy lands or check lands were introduced with this set. 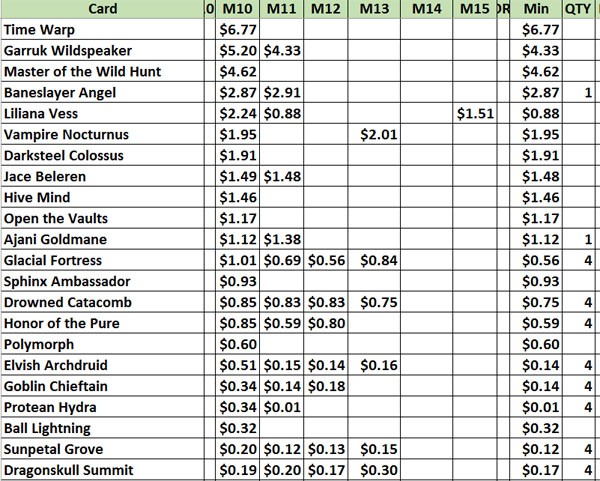 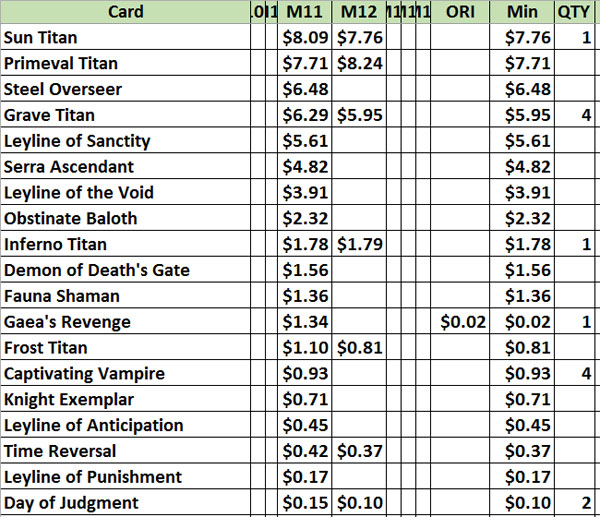 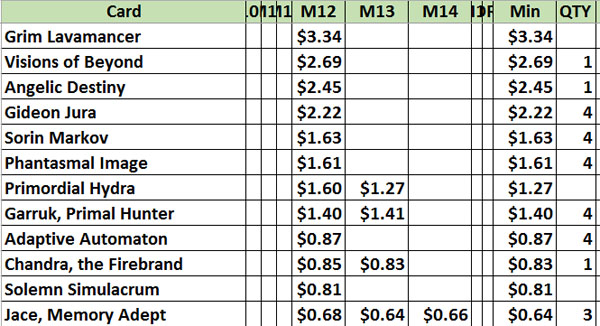 Magic 2013 had several really good cards. I am surprised by how much Thragtusk has increased since its rotation low.

Same for Magic 2014, and also some high value Slivers. I am glad I got the M14 slivers right after they rotated. 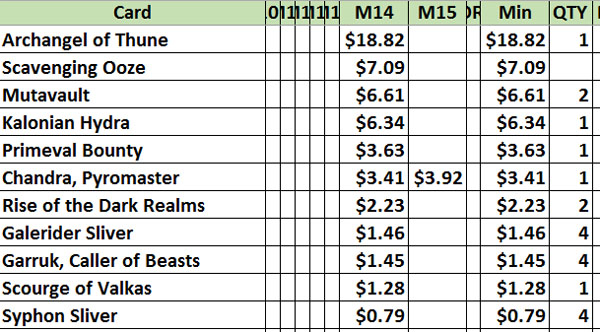 Magic 2015 also has some valuable cards. 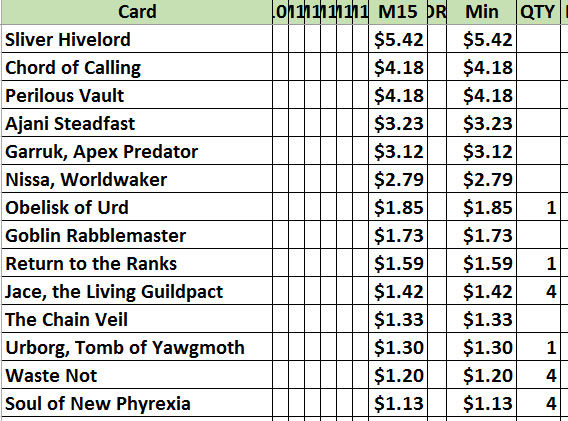 And Origins has a new Jace that is making waves in all formats, as well as the other flip-walkers. 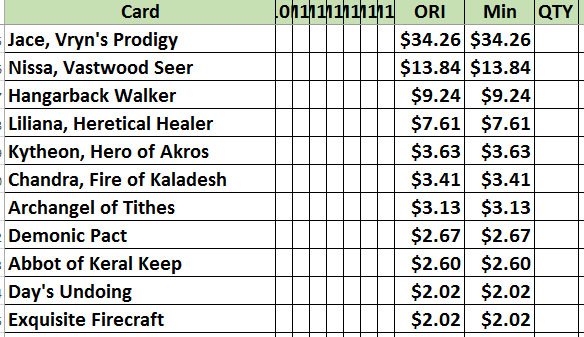 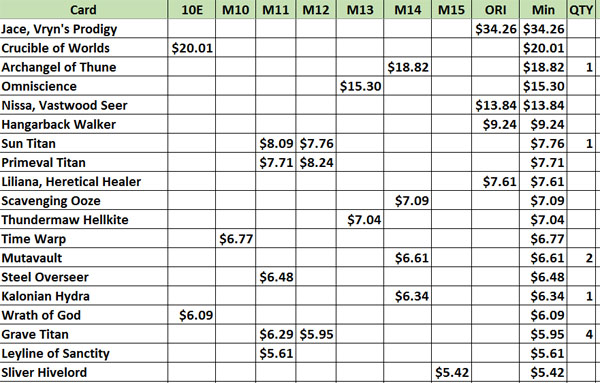 Finally, there are a lot of penny online cards in these core sets, which is great for casual deck building. 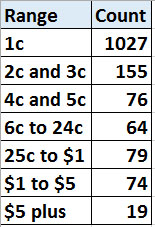 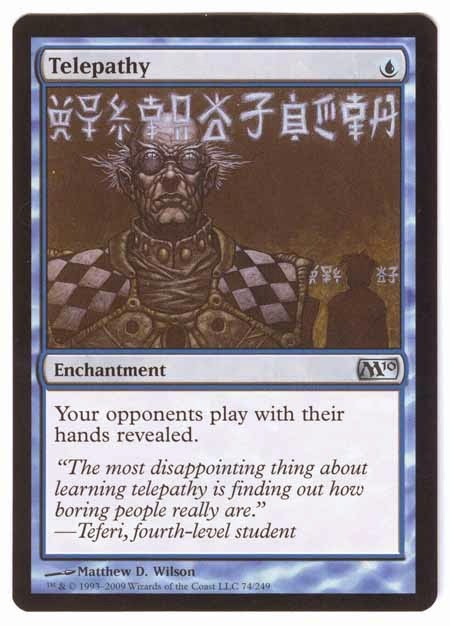