I looked at the 11 decks from the mothership. They did a good job of hiding there are really no more than three types of decks in this format: decks built around a play set of Origins Jace, decks built around a play set of BFZ Gideon, and decks built around a play set of Hangarback Walker. All of these decks are various combinations of these play sets, the exceptional BFZ manabase, and "good stuff," or the best cards in any color. It could be that if we only have 5 or 6 sets in every Standard that from now on all formats will seem like what Henry Ford said about the color of the Model T: "we will paint it in any color as long as the color is black." As long as you have play sets of two or three cards and access to all available lands, you can build the rest of the deck pretty much any way you want.

Here are the Gideon decks. First, the exceptional manabase. I have not seen a manabase this good for as long as I have been playing Magic (since when Avacyn Restored came out). 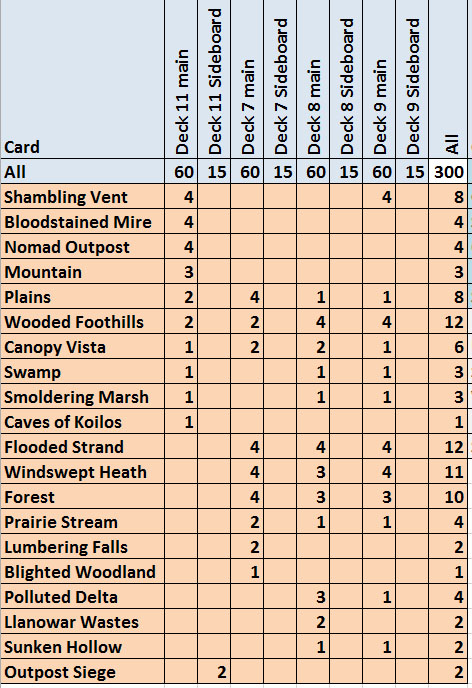 Here are the main cards and the planeswalkers used, as well as cards found in most of the decks. 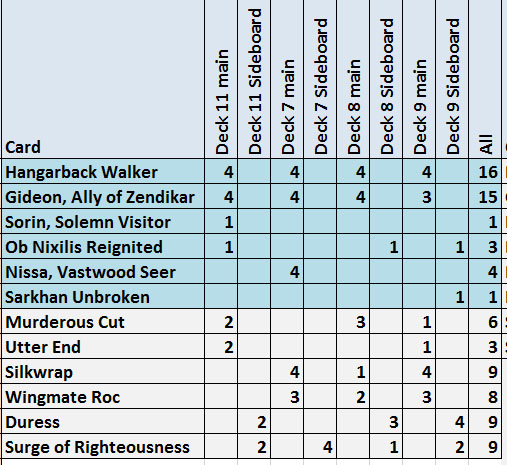 The rest of the cards are mostly unique to that specific build, and in this way 5-set standard is close to Vintage. Once you subtract the Power 9, the play sets of Force of Will and Wasteland, the 2 or 3 Jace the Mind Sculptors, are "good stuff" it is an open field for the other cards used. 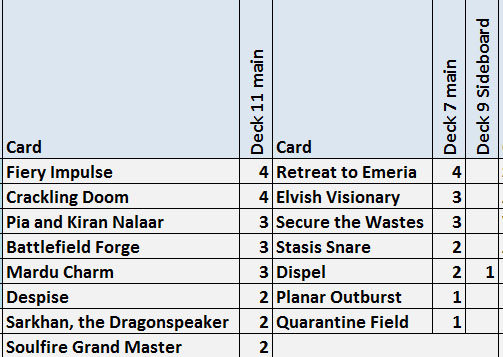 Deck 8 went with Siege Rhino and other Abzan good stuff. The sideboards are appropriate to each sub-shell. 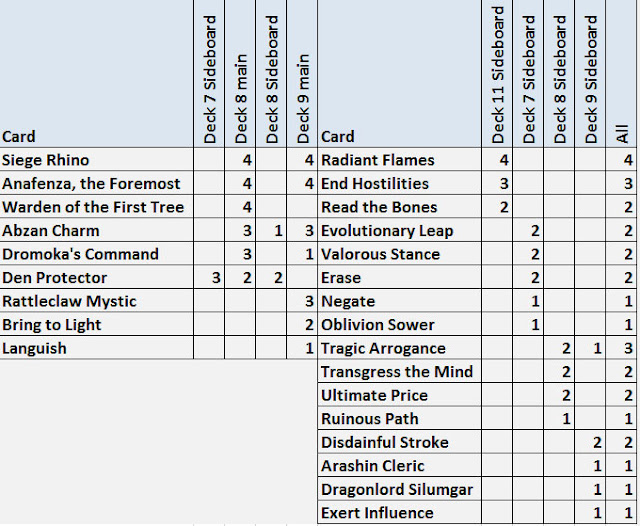 Here are the Jace decks. Look at that manabase. I totally get it now why all fetchlands cannot be in Standard at the same time. 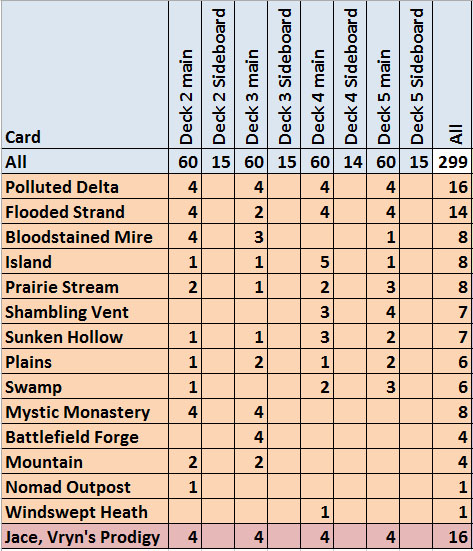 Here are the other planeswalkers and the most commonly used "good stuff" cards. 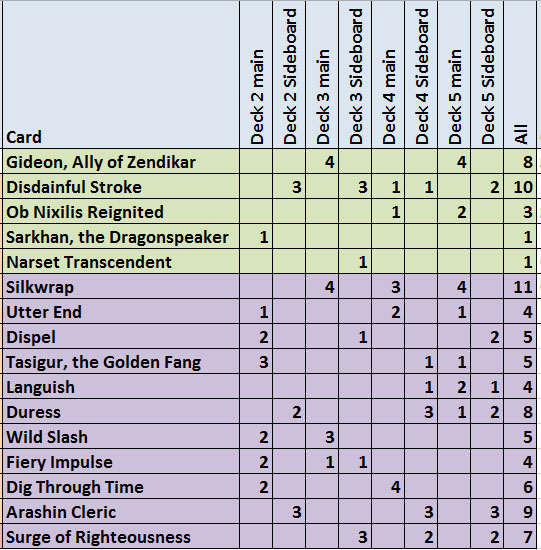 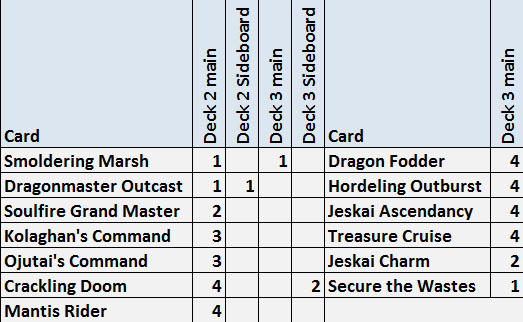 Deck 4 went with Dragons and Crux of Fate. 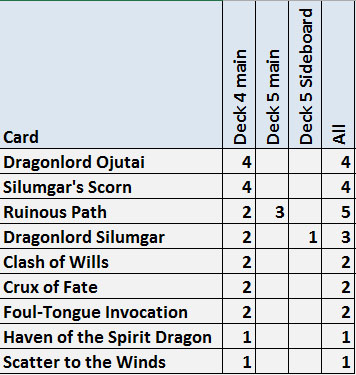 Deck 5 focused on black and Hangarback Walker. The sideboards fit each sub-shell. 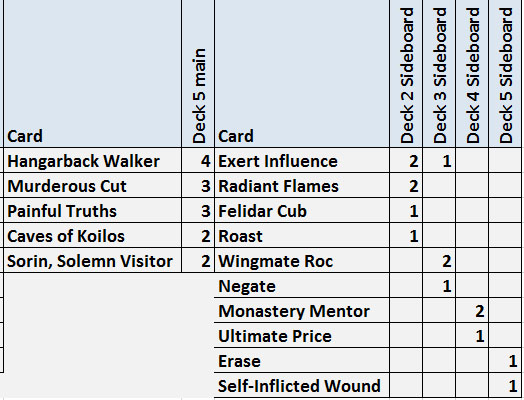 The other decks also have the awesome manabase. 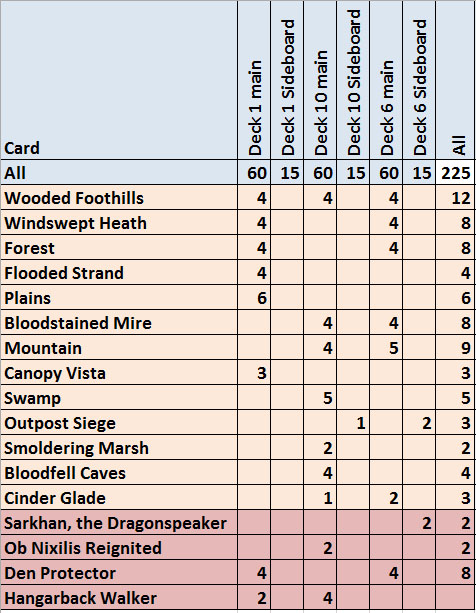 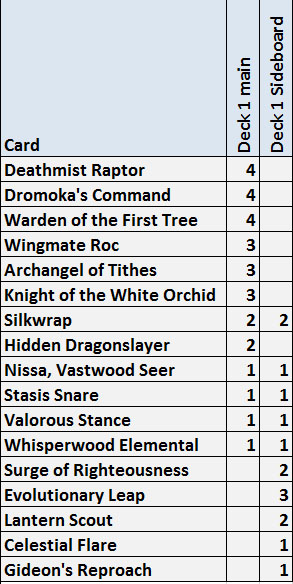 Deck 10 seems to have some Grixis "good stuff." 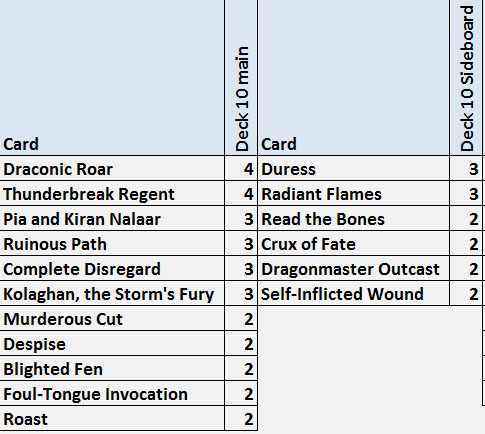 And finally, deck 6 used Red/Green aggro Landfall as a sub-shell. 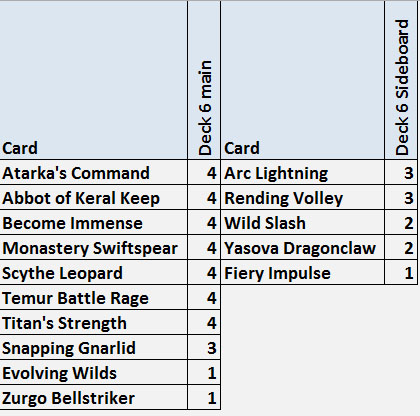 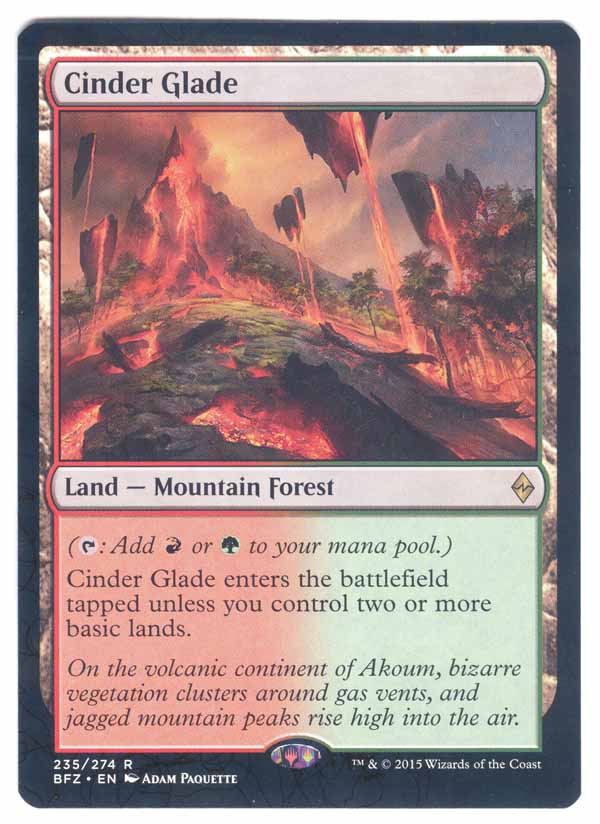