This deck is strong as a casual deck. I have built it around Felidar Sovereign's win condition of having 40 life. But because there aren't enough solid life gain cards in this format while sticking to a casual manabase, I needed a supporting win condition. For that I am using Assault Formation and turning walls into big attackers. As it turned out, the Assault Formation win condition is the better one.

Here is my first draft of the deck. I so wanted to trigger Alhammarret's Archive, but it did not happen, and out it went. 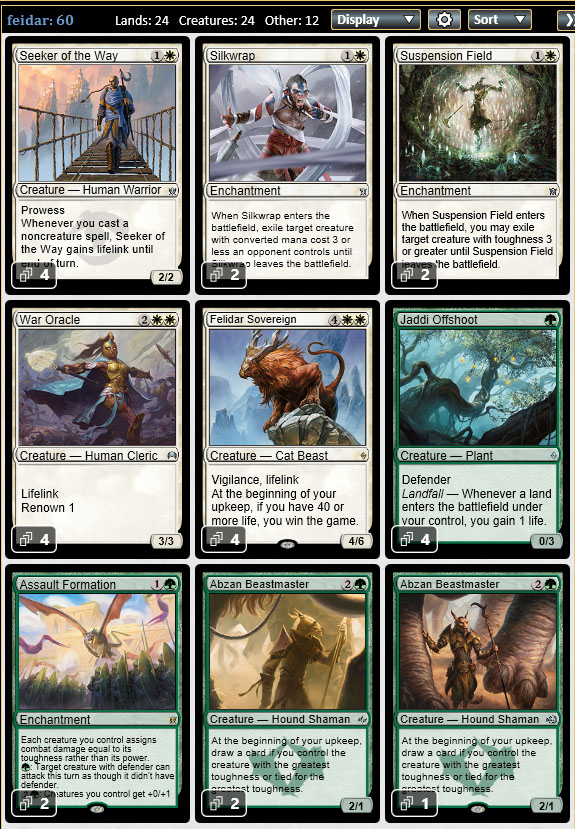 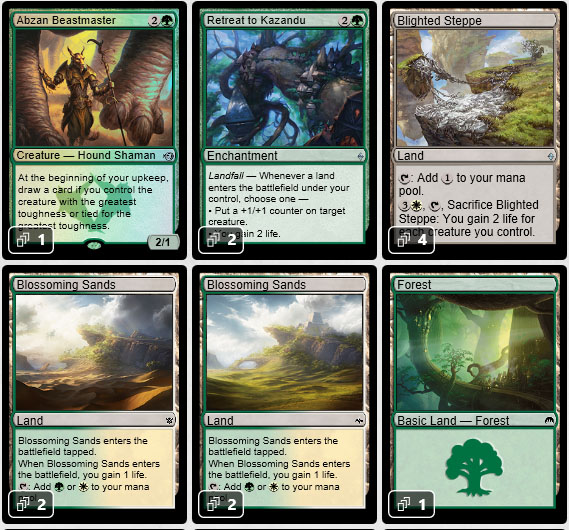 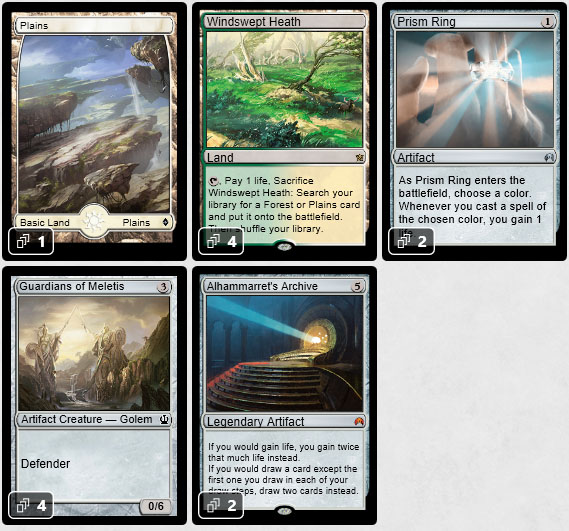 Here is the final deck, now all in with Assault Formation. 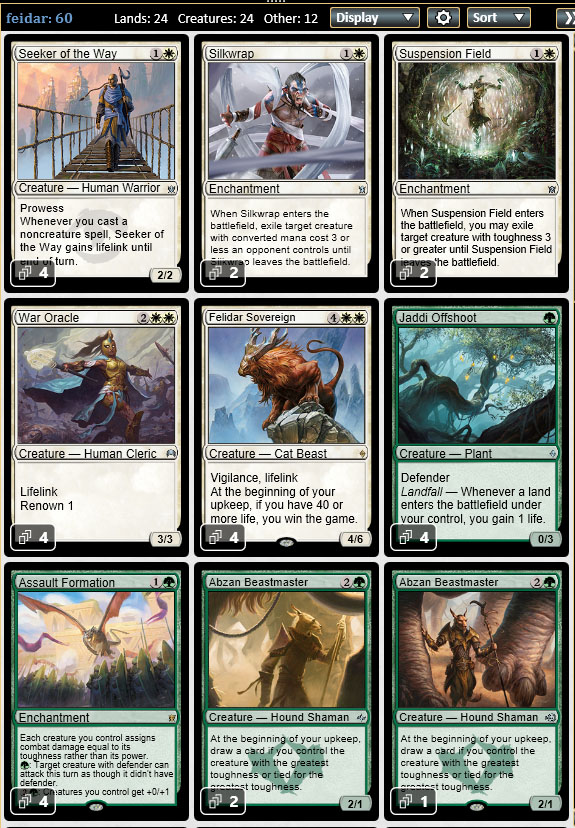 Here I beat out flip Jace. 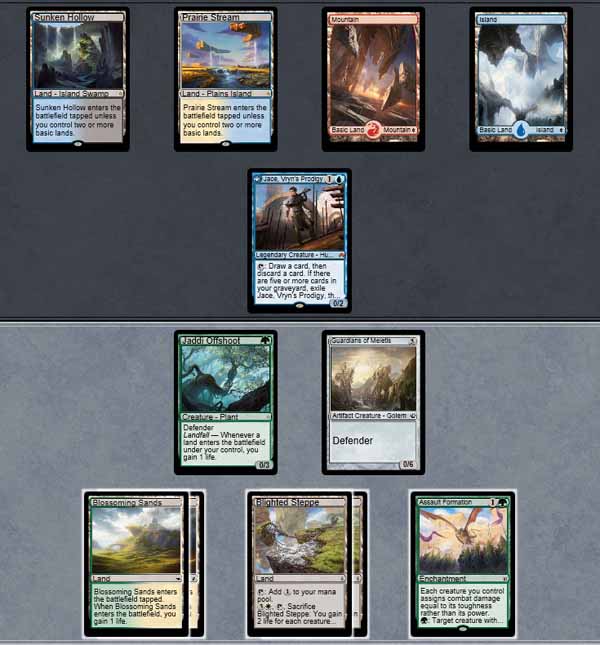 I can afford to chump block with Assault Formation on the board. My opponent gave up since I had the lead all along and it was inevitable that I would win. 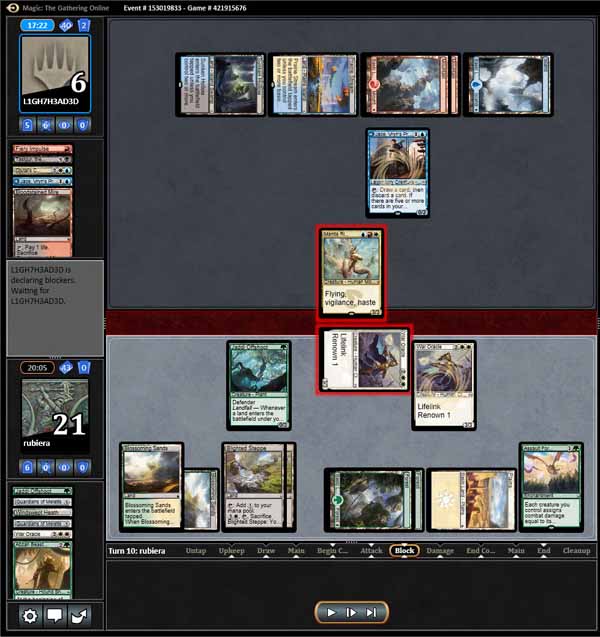 Here I faced a casual flyers deck. Because I am gaining a lot of life, even if in small increments, I don't need any flyers. A deck has to have dragons AND I have to falter enough for me to lose to flyers (and I did a few times). 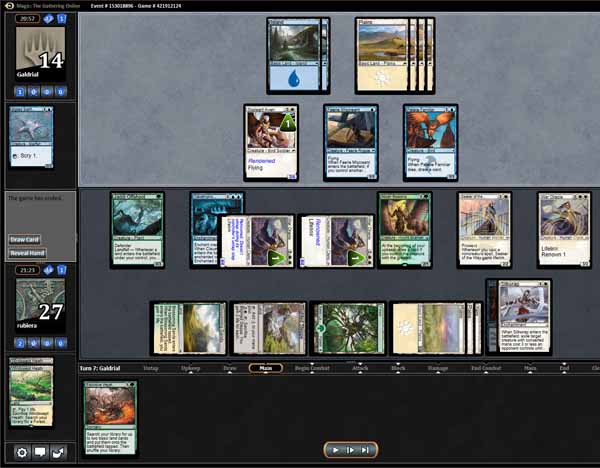 Here is a Thopter casual deck I won against. I was able to trigger massive card draw with Abzan Beastmaster. 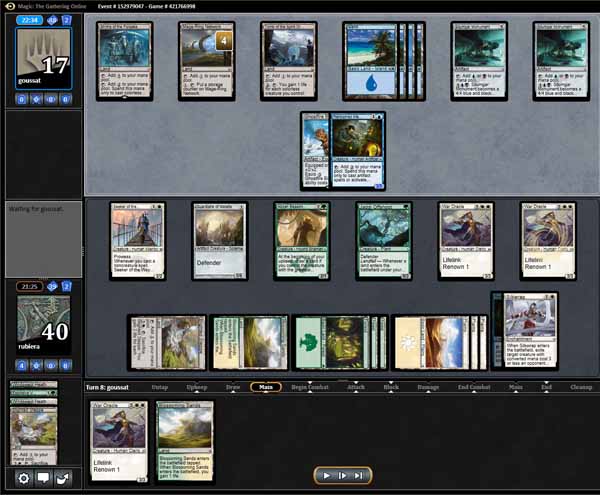 The Thopters began to drop a little too late for my opponent. 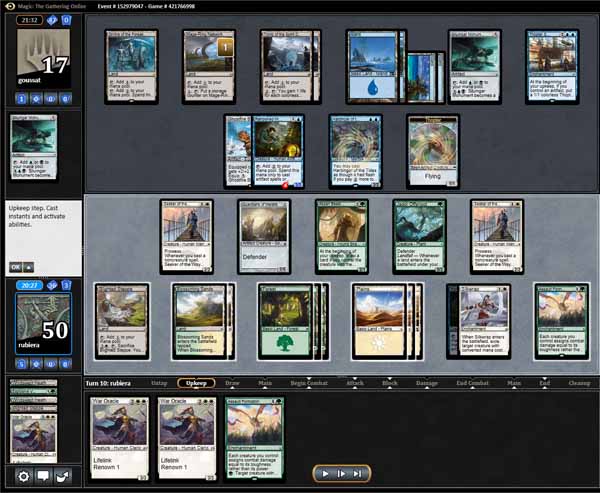 And this was the only game in which I won with the Felidar Sovereign win condition. 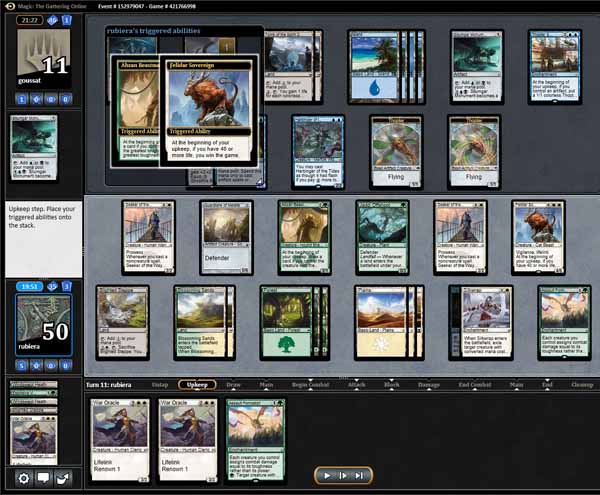 Here I faced a Black/Green Eldrazi deck. Look at those gorgeous full art lands, my favorite John Avon's Forest (is it from Unglued?).

I was able to establish a strong Assault Formation board. 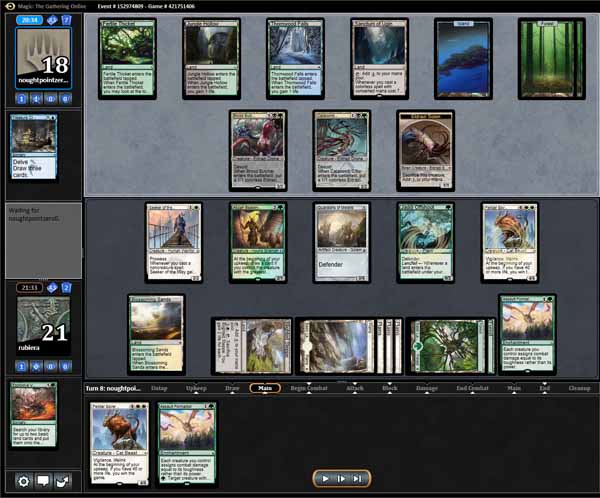 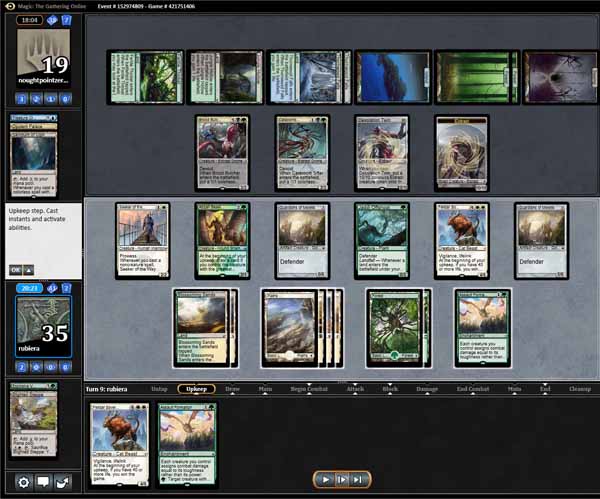 I was able to chump block Desolation Twin and I still had enough of a board to win. 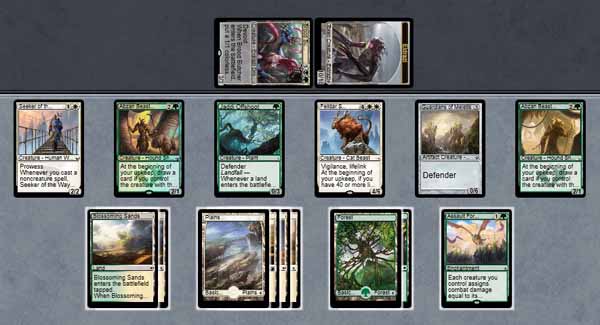 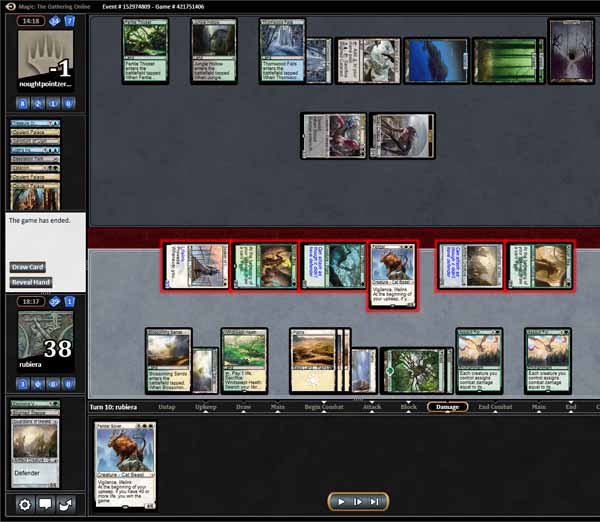