BFZ Kiora is the odd planeswalker out of the current tournament scene. That means it is a great pick for casual Johnny deck building. This deck is a great beginning for expansion in many directions: even more tutoring with Bring to Light, five color for Converge and more buffed up Skyrider Elves... many fun possibilities. I also did not optimize for Kiora's ultimate and have not yet triggered it. Lumbering Falls can (and did!) win games and Blighted Cataract's card draw is great late game. 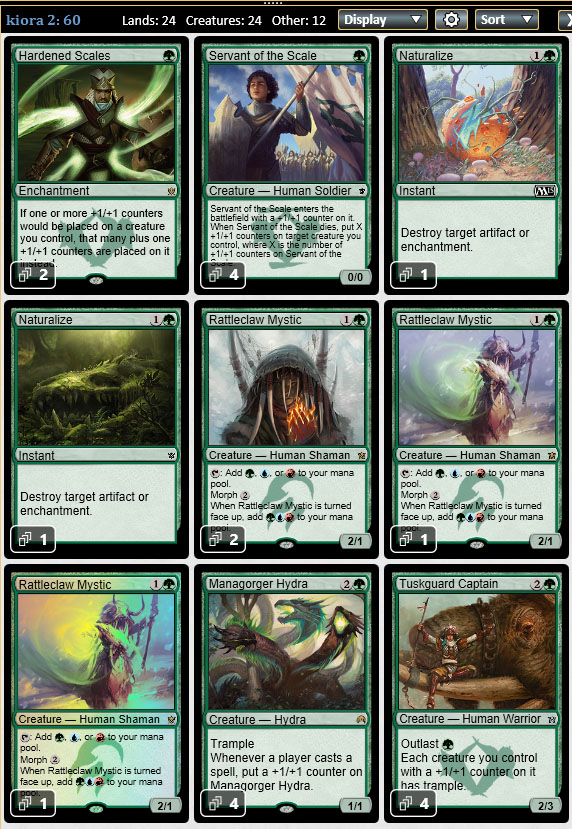 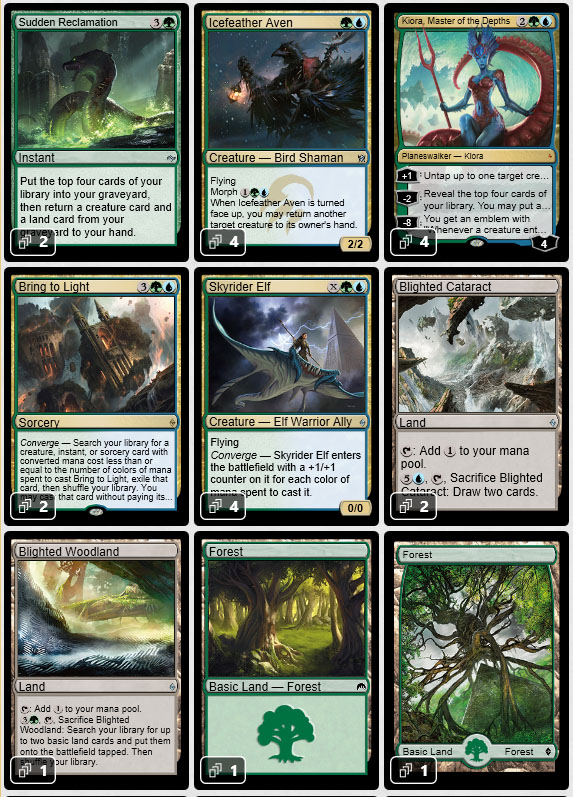 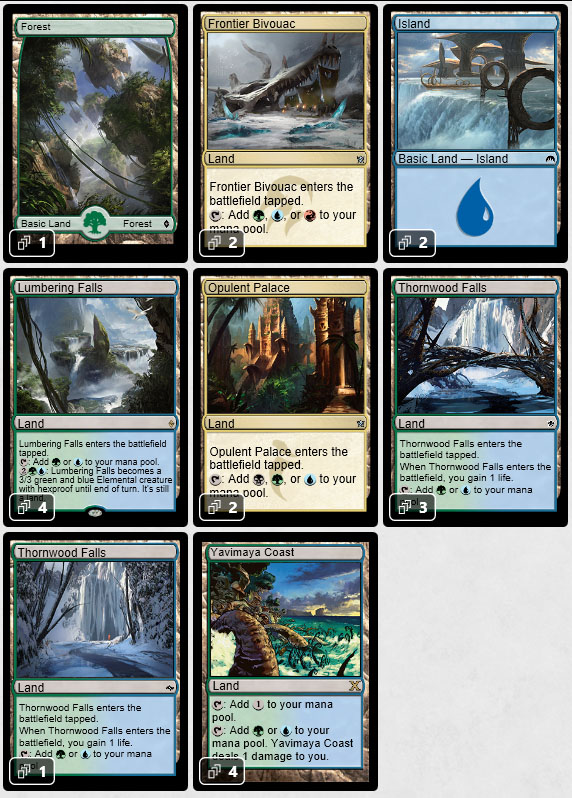 Here is a draft sideboard but all I have played are single games. 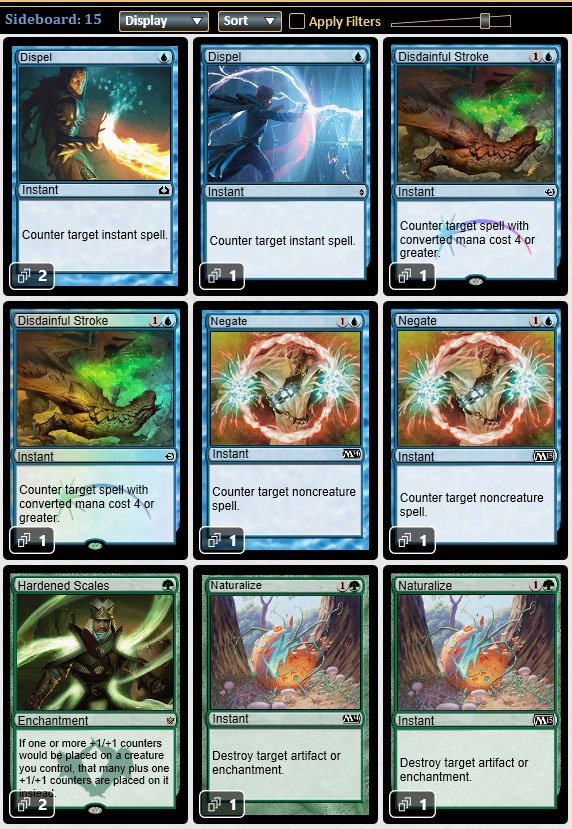 I won against a deck with lots of removal. 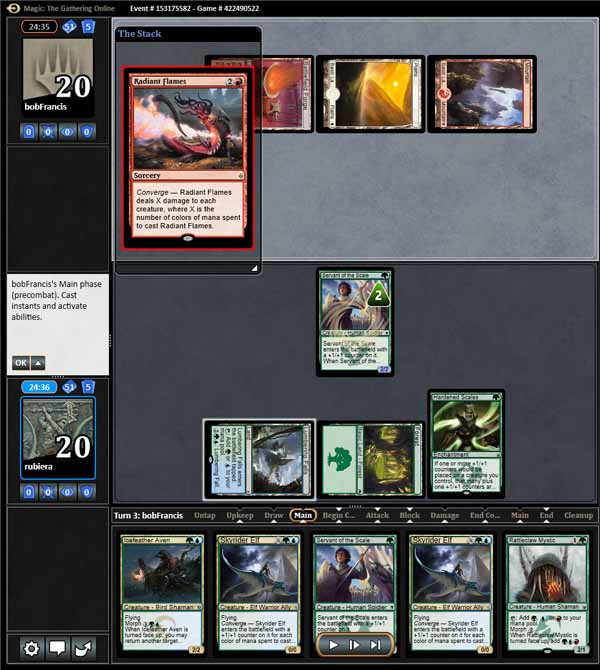 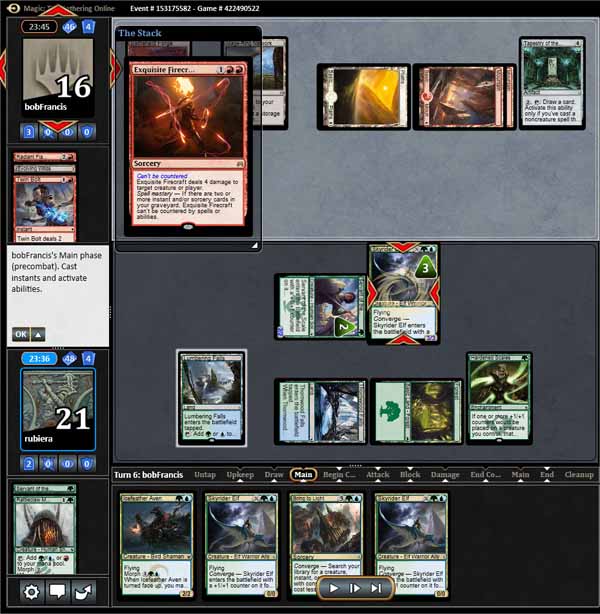 I tutored a Managorger Hydra with Bring to Light. 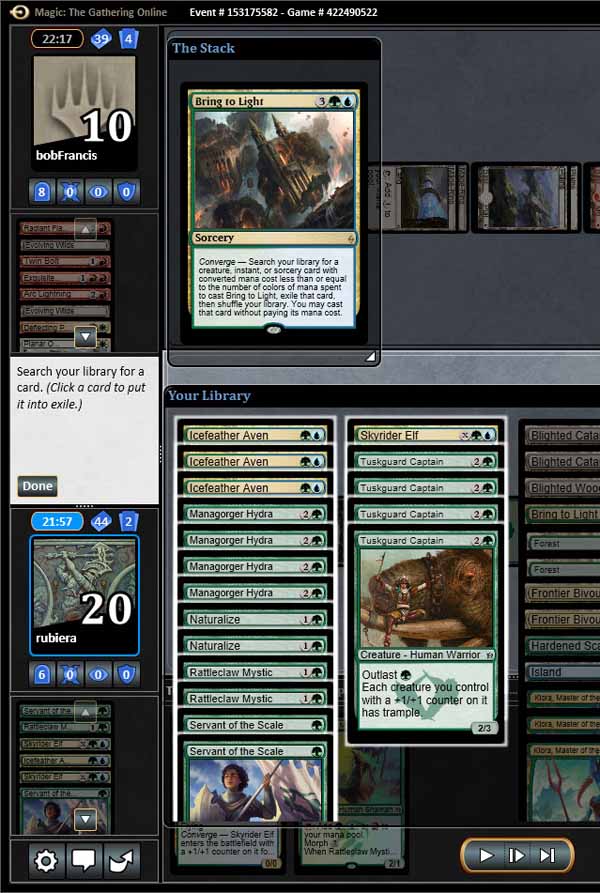 Tuskguard Captain with Outlast is a great combo with Kiora's +1, yet it is too much of a late game "thing" for it to be a common combo. 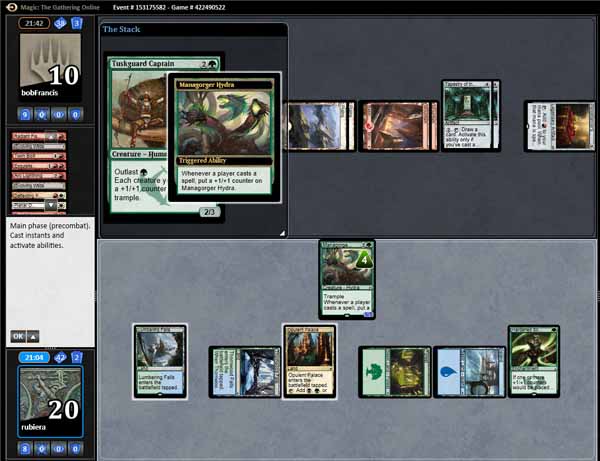 I was able to boost the Hydra enough to almost take out my opponent. 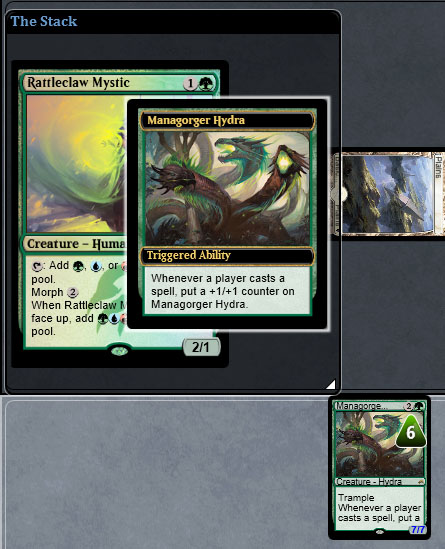 I got board wiped and swung for the win with Lumbering Falls. 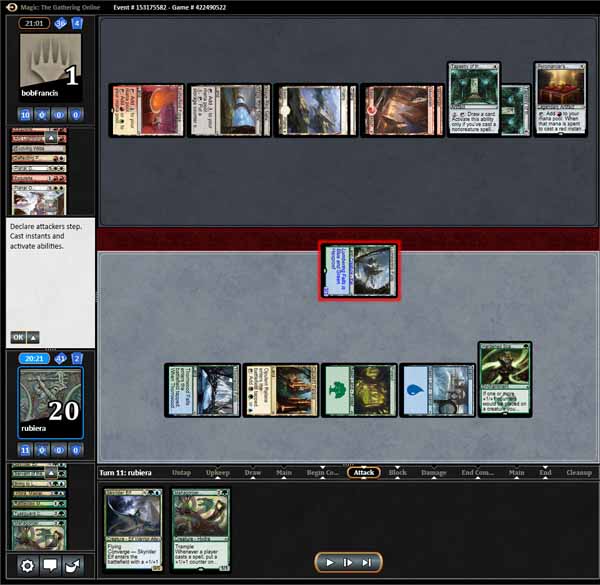 In this following win I had three Icefeather Avens on the board. 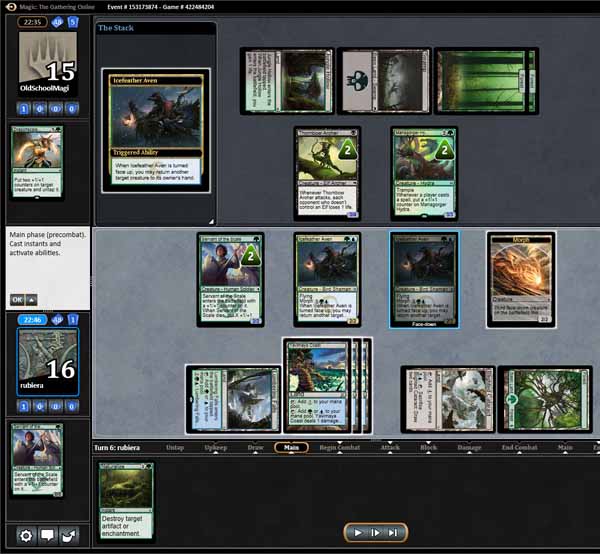 The Outposts gave me access to Red and Black, allowing me to cast Skyrider Elf for X=2. 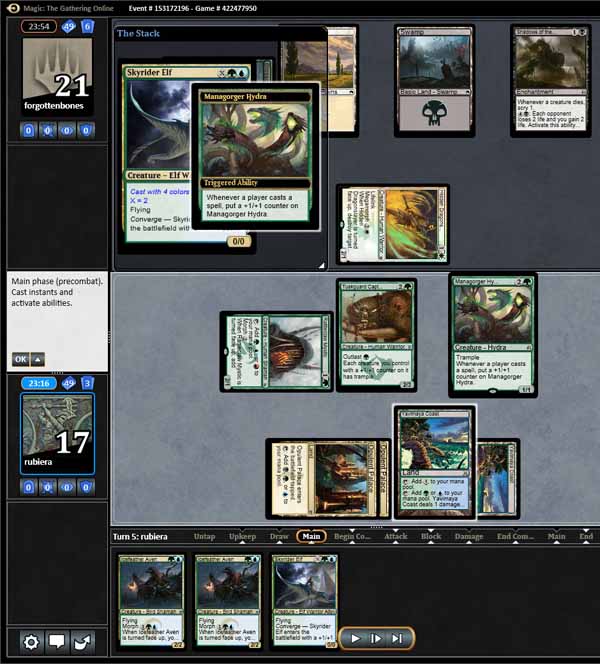 I took a beating from two Siege Rhinos. 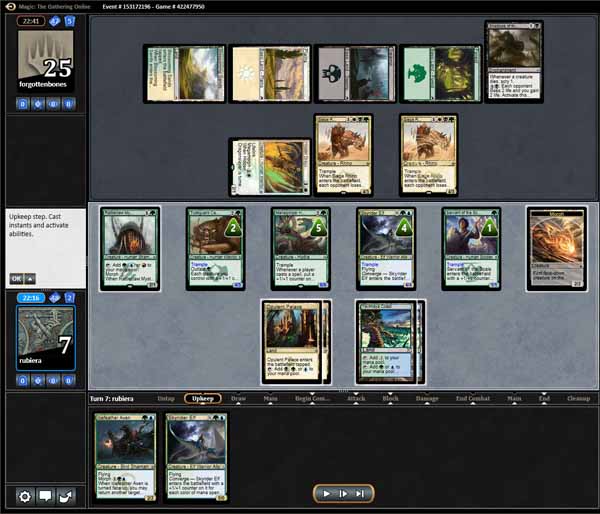 I was able to send a Siege Rhino back to my opponent's hand. 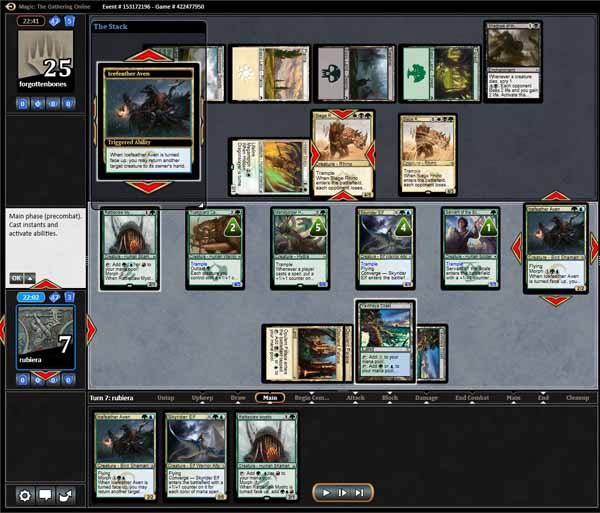 I kept swinging from here on to win the game. 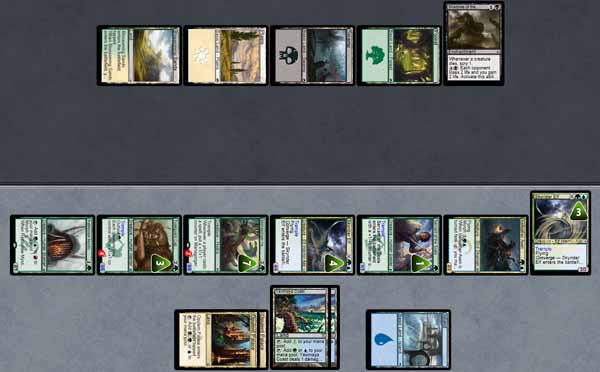 Link to the second part.
Posted by Rubiera